In a recent study published on the medRxiv* preprint server, researchers determined factors influencing local heterogeneities in coronavirus disease 2019 (COVID-19) vaccination rates and the influence of the French sanitary pass on those heterogeneities using extensive nationwide data from France. 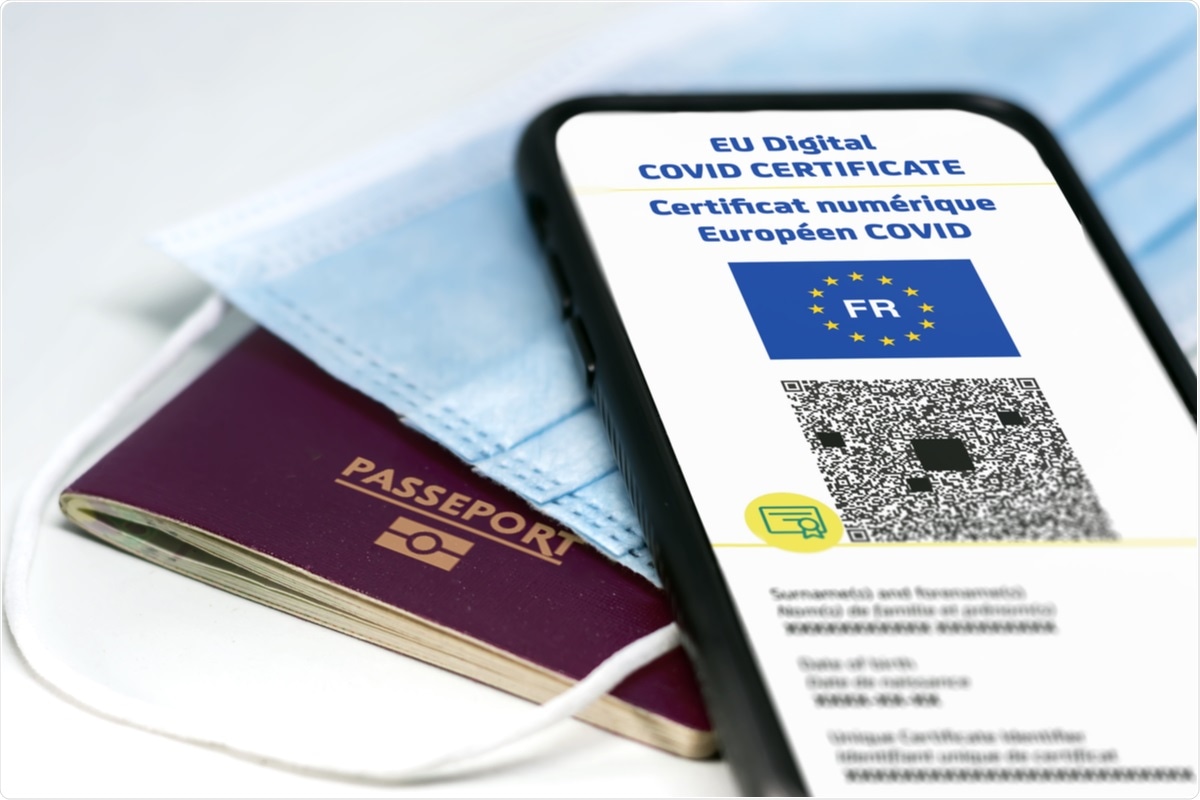 Although France has a demonstrated history of unwillingness towards vaccination that was confirmed during the COVID-19 pandemic, the acceptance of COVID-19 vaccination in France gradually rose throughout 2021.

Social and territorial inequalities are known to influence people’s attitudes towards vaccination. For example, according to surveys conducted in 2020, vaccination rates in France are influenced by interviewees’ level of education, income, and confidence in authorities.

To improve COVID-19 vaccination rates, France President Macron announced the implementation of a domestic sanitary pass (le passe sanitaire) on July 12, 2021, which was entirely implemented by August 9, 2021. The health pass was required in most public venues, such as outdoor and indoor dining areas and medical establishments. However, to date, the detailed information on the impact of the French sanitary pass on vaccination inequalities has not been fully assessed.

In the present study, the association between socioeconomic and geographic factors, COVID-19 vaccination, and health pass implementation in France was determined using comprehensive nationwide data.

The vaccination, socioeconomic, and geographic indicators data were collected from the French State Health Insurance Service (Assurance Maladie) public datasets. The Assurance Maladie provides public datasets of in-depth weekly COVID-19 first-dose vaccination data at the district scale across the country and at the suburban scale for the Marseille, Paris, and Lyon metropolitan areas.

The study included data of 63,601,670 individuals from 1,552 mainland French districts. These districts were associated with the five geographic and 176 socioeconomic indicators obtained from the same public datasets.

The relationship between being a district in the lowest quartile of first-dose vaccination rate and above the median value of each indicator was determined. Subsequently, the socioeconomic and geographic indicators odds ratio (OR) and their 95% confidence interval (CI) were determined on three timestamps that accounted for the before and after effects of health pass implementation.

The vaccination rates for the two socioeconomic and geographic indicators with the highest OR on the same dates were calculated. The analyses were conducted using R (v4.0.3) software. 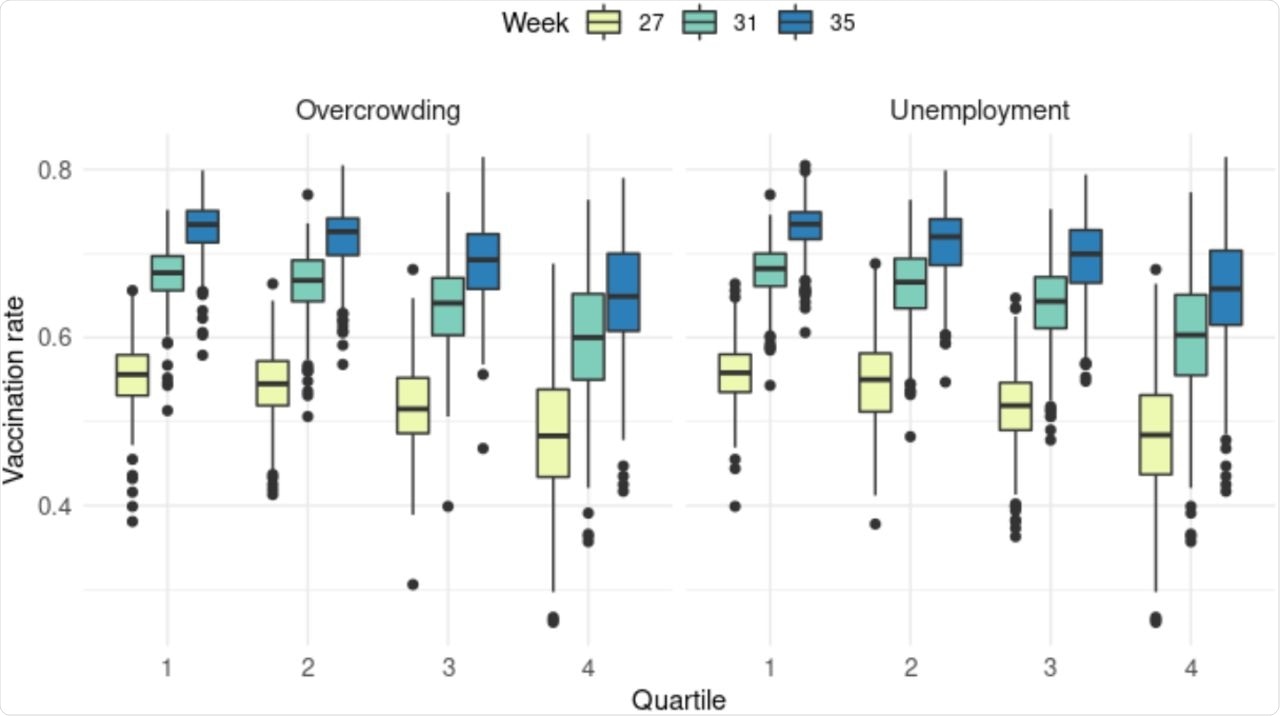 Local vaccination rates depending on the quartile of the two main indicators (Overcrowding rate, left and Unemployment rate, right) and over time (weeks 27, 31, 35, with increasingly darker shading)

The study results demonstrate that many deprived areas in France had more than ten times the likelihood of being among districts with the lowest vaccination rates. Low vaccination rates in France were associated with economically poor populations, thus indicating that the health pass did not resolve vaccination inequalities.

Districts with a large fraction of overcrowded housing or unemployment benefits constituting a large share of local income were strong determinants for low vaccination rates.

Previous studies have shown that most deprived areas had disproportional COVID-19 infection and hospitalization rates throughout the pandemic. The present study provides robust evidence for the strong impact of social inequalities on COVID-19 management.

Economically backward districts were the least vaccinated and at risk, despite implementing the domestic sanitary pass. Taken together, the current study underscores the pressing need for establishing new vaccination guidelines that address social inequalities.

In a recently published article in the journal Nano-Micro Letters, scientists have provided an in-depth review on the application and...

Since coronavirus disease 2019 (COVID-19) emerged, it has spread to nearly every country globally and caused over five million...

In a recent study posted to the medRxiv* preprint server, researchers determined the adherence of severe acute respiratory syndrome coronavirus 2...

As new variants of severe acute respiratory coronavirus 2 (SARS-CoV-2) continue to arise, the rate of vaccine breakthrough infections is...

Is my cloth mask good enough? The 2022 edition

The highly transmissible omicron variant is sweeping the U.S., causing a huge spike in covid-19 cases and overwhelming many hospital...