How do cells turn into organs? 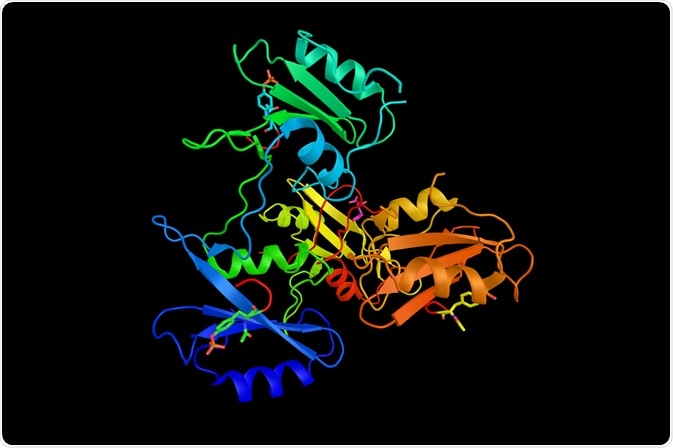 The process of organogenesis is the formation of organs during embryonic development. This is a coordinated event involving the migration and differentiation of cells to form the “primordium”, which further develops and also undergoes histogenesis until the organ is fully formed.

How does the endoderm develop into organs?

Formation of the “gut tube”

In both the endoderm and the mesoderm, a tube is formed from a flat sheet of cells. To form the gut tube, the endoderm cells form an anterior intestinal portal (AIP), a crescent-shaped fold arising from the anterior section of the developing embryo. This them moves posteriorly, and another crescent-shaped fold (caudal intestinal portal (CIP)) then forms and moves anteriorly.

Formation of the organs

Once the gut tube is formed, cells begin to swell, bud and coil to form the glands and organs; this includes the thyroid and parathyroid, thymus, lungs, liver, and pancreas.

The first process is the thickening of the epithelial layer, which then can either bud off and migrate away from the gut tube to the mesenchymal cells (glands formed from the branchial arches, i.e. thyroid), or remain connected to the gut tube with a duct (liver, gallbladder, pancreas).

Once the position of these organs and glands are established by the changes in the epithelial layer mentioned above, processes such as cell proliferation/death, adhesion and mobility work to form the organs.

Formation of the heart

The heart arises from the mesoderm and is the first organ to be fully functional in the embryo. The process by which the heart forms is conserved across all vertebrates; heart tube formation, rightward looping, and elongation of the heart tube and the formation of cardiac chambers and valves.

Differentiation and specification of the heart takes place within this region, more specifically the anterior lateral splanchnic mesoderm. This is orchestrated through a range of signaling molecules, including the transcription factor GATA4, and results in the formation of the cardiac crescent.

As the foregut closes, changes occur so that the cardiac crescent changes shape into the heart tube formed of the inner endocardial layer and an outer myocardial layer.

Looping and extension of the heart tube

Once formed, the heart tube then loops to the right – this is the first instance when the right-left axis is established in the embryo. This is accompanied by an increase in heart tube length, driven by the addition of cardiac progenitor cells rather than cell proliferation.

Formation of the cardiac chambers

Controlled expression of a series of genes leads to the formation of the heart chambers; “ballooning morphogenesis” of the looped heart tube results in the growth of the outer curvature, which will eventually form the cardiac chambers. Part of this is through maintaining a lower growth rate in the inner loop.

Septation and formation of the heart valves

Alongside the heart chambers, a “cardiac cushion” is also developed, and this develops into the heart valves.

Another stage in heart development that is necessary for terrestrial life is the separation of the pulmonary and systemic circulation, and this is achieved by the formation of septa within the heart.

Galectins – An Ancient Family with a Significant Future

where medicine and data science intersect

Written by Keynote Contributor, Dr. Steve Labkoff. Healthcare and technology media have highlighted the promise of “Big Data” powered by...

Advances in Stem Cell Labelling and Implications for Research

Stem cells contribute to the development of tissues and organs and are responsible for their functioning and maintenance throughout life....

Over the past few decades, there has been a substantial increase in the number of diabetics worldwide. According to the...

Hallucinations and Delusions in Parkinson’s Disease

Case study At 80 years old, Mr. Roberts was admitted to a psychiatric hospital that focuses on long-term stays following...