In October 2019, Bruker announced the acquisition of the Magnettech EPR business from Freiberg Instruments and the establishment of a related, longterm EPR supply partnership with them. As a result, the new benchtop EPR portfolio is now represented by three benchtop EPR systems: microESR, Magnettech ESR5000, and EMXnano.

What are the key technical specifications of the Magnettech ESR5000?

The Magnettech ESR5000 offers applications to both academic and industrial customers, as well as alanine dosimetry. Below are the technical specifications.

What types of samples can be used with the platform?

The Magnettech ESR5000 works with a wide range of capillaries and sample tubes that enable optimal measurements of a wide class of samples. The instrument comes with a special Teflon sample holder that allows proper alignment of the quartz tubes. There is also a quartz protection tube that prevents contamination of the resonator.

The active volume in the vertical direction of Magnettech ESR5000 resonator is 23 millimeters. Over these 23 millimeters, the EPR intensity follows Gaussian distribution. This means the maximum intensity is at the center of the resonator. The signal then drops off and finally disappears as the distance from the center increases. A convenient way to eliminate the dependency on the sample lens and positioning is to prepare samples that are longer than the resonator lens. If this is not possible, the user must make sure that the sample is positioned absolutely at the center of the resonator. 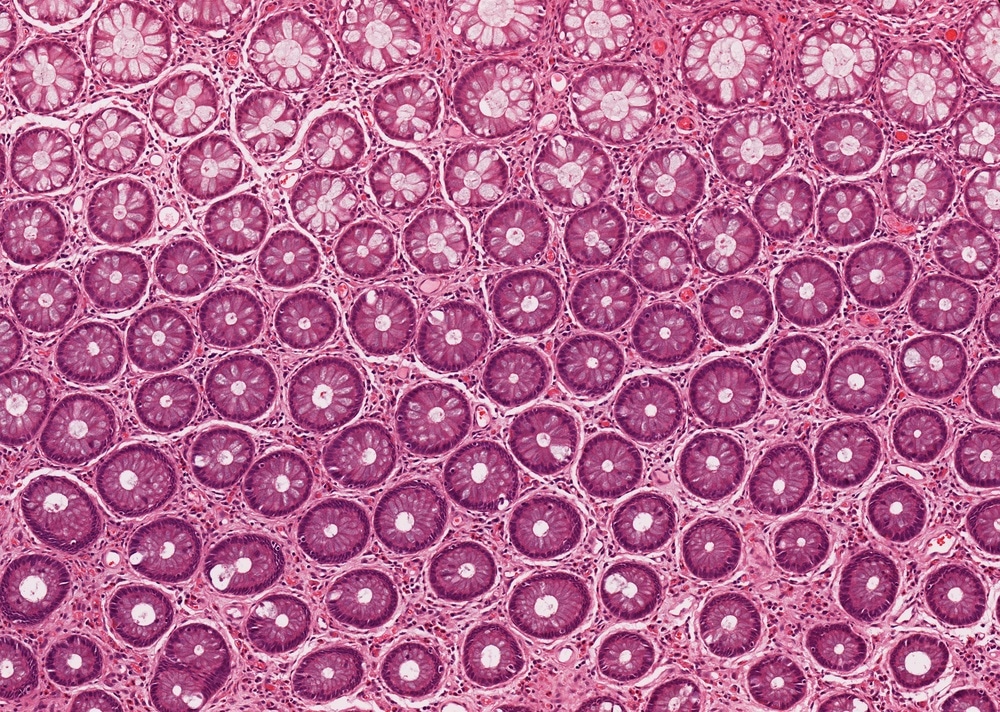 Tissue cells are one of the many samples the Magnettech ESR5000 can analyze. Image Credit:Shutterstock/MriMan

What other dedicated applications does the Magnettech ESR5000 offer?

For sample handling besides capillaries and standard quartz tubes, the Magnettech ESR5000 offers a flat cell, a tissue cell, an automated goniometer, and a rack for horizontal orientation.

Flat cells are used for liquid samples that are in polar solvents, such as water, acids and alcohols. The ideal sample distribution in the resonator leads to a 2 to 2.5-fold higher intensity compared to 50 microliter capillaries.

The crucial point when using a flat cell is the orientation of the flat section, the vertical position, and the field volume of the flat cell. Therefore, we recommend using a special holder as a system to achieve consistent sample positioning. The holder also helps to reduce breakage.

A study published a couple of years ago looked at ectoine, known to be an effective protectant of biomolecules against heating. In this study, the Magnettech ESR5000 spectrometer was used to demonstrate the capability of ectoine to protect the DNA from UV radiation due to its hydroxyl radical scavenger properties and the spectrum was recorded using a flat cell instrument.

Tissue cells can be used to analyze skin sections, organ slices, pastes and emulsions, as well as plant tissues and conducting foils. The setup is the same as for flat cell usage. For example, a flat cell holder is also required.

The automatic goniometer offers the study of anisotropic samples, such as single crystals. The sample can be rotated between zero and 360 degrees with a precision of 0.1 degrees and the rotation is fully automatic. Each measurement of a new spectrum starts with an automatic joining of the spectrometer with that measurement performance.

For handling viscous media samples and tissues, we offer a rack for horizontal orientation where Magnettech ESR5000 can be rotated by 90 degrees. For similar applications, the temperature needs to be held at a fixed temperature of 77 Kelvin to acquire the EPR spectrum. Such as the detection of reactive oxygen species and nitric oxide, for example.

The finger dewar features a maximum volume of 50 milliliters of liquid nitrogen, compatible with three and four millimeter O.D. EPR tubes, a storage time up to two hours and, due to the ultra-fast and stable automatic frequency control, the spectrum does not have any spikes caused by nitrogen bubbling.

In a recent study, a Magnettech ESR5000 spectrometer equipped with a finger dewar was used to detect nitric oxide in endothelial cells. The authors used the protein netrin-1 as a stimulant for nitric oxide production. It is very clear from the quantitative EPR data by measuring peak to peak amplitudes of the complex between spin trap and the nitric oxide molecule that there is a correlation between the NO production and netrin-1 concentration.

The experimental design here involved an incubation of cell suspensions with different concentrations of netrin-1 protein and nitric oxide spin trap. After the cells were gently collected, they were snap-frozen and loaded into the finger dewar for EPR analysis. 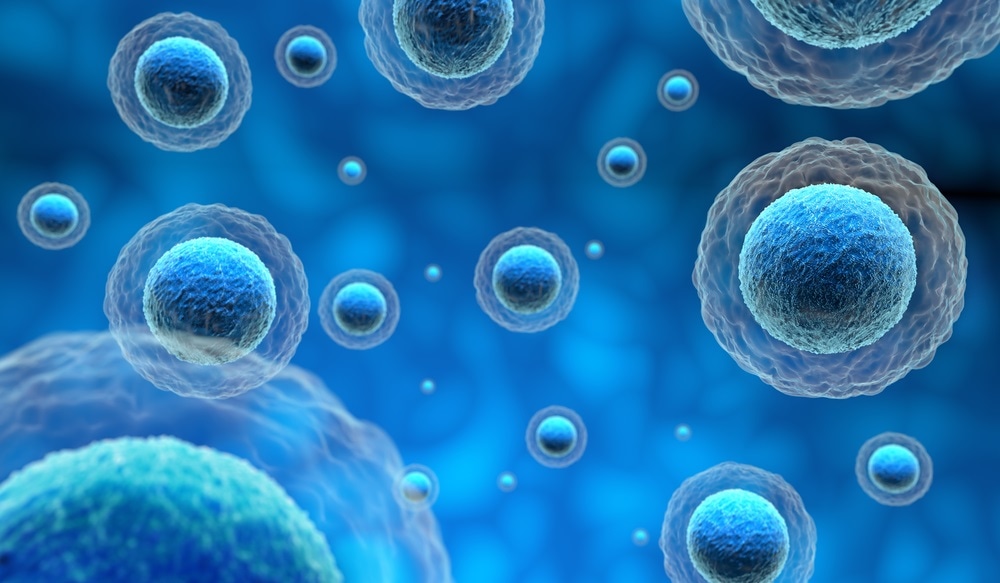 How is temperature controlled?

For many applications, a wide range of temperature is desired to investigate temperature effects on the reactions or on the species itself. The nitrogen variable temperature unit uses liquid or gaseous nitrogen to cool and heat the sample in the range of 93 to 472 Kelvin.

The variable temperature unit features a table for mounting temperature control by the software, an option for automatic data acquisition for temperature measurement, 25 liter dewar for liquid nitrogen storage, a cavity integrated nitrogen dewar, and an optional nitrogen purge system for the resonator to prevent condensation.

How can irradiation studies be conducted with the Magnettech ESR5000?

UV light can cause the production of free radicals in many materials. The UV radiation system we offer with the Magnettech ESR5000 provides the ability to study photochemical radical reactions or photophysical production of excited paramagnetic states.

It features an integrated light source. For example, irradiation holder for precise positioning, direct orientation to ESR’s studio software for fastest response times. It is suitable to trigger kinetic experiments. It comes with a high-power LED and the light intensity is changeable from 100% to 0% as a fixed wavelength of 365 nanometers.

An external irradiation unit allows irrigation over a continuous spectrum. It features mercury, Xenon light source for sample irradiation up to 200 watts, and a holder for precise positioning. It operates with ESR studio software and it also has a changeable light intensity from 100% to 0% within the entire UV region from 240 to 400 nanometers. 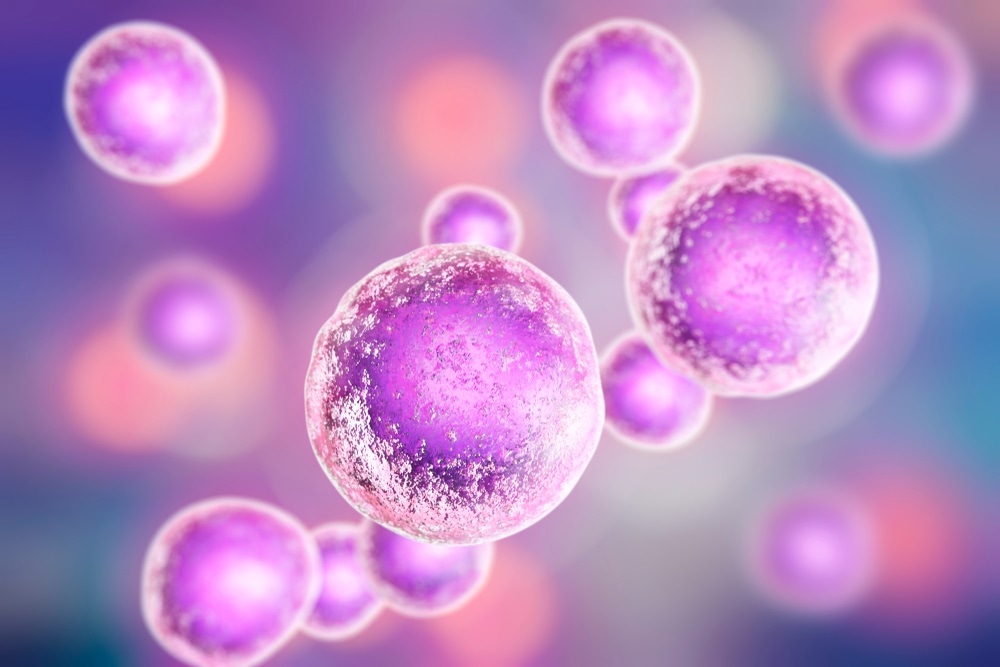 What automation features does the Magnettech ESR5000 offer?

The autosampler allows an automatic sample insertion into the spectrometer and provides better reproducibility and measurement productivity compared to manual inversion. The maximum number of samples that can be loaded is 26. It works with different sizes of sample tubes. There is also a possibility for mixing components within the resonator for following chemical reactions and it could be combined with the automatic goniometer.

The software, ESR Studio, is user friendly with a modern workflow-based user interface. It features a selection of protocols based on different applications. ESR Studio can provide remote access to the spectrometer from anywhere in the world via the internet. The standard export format is XML that are structured ASCII files and can be used for the external applications the software allows, as well as data processing. 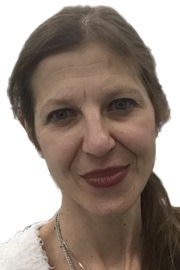 Dr. Kalina Ranguelova is an EPR Applications Scientist in Bruker BioSpin Corporation since 2011. She completed her Ph.D. at The Bulgarian Academy of Sciences where she received a Ph.D. with research focused on inorganic copper complexes structure using electron paramagnetic resonance (EPR) spectroscopy. After two research positions at CUNY and National Institute for Environmental Sciences where she studied free radical biology and EPR spin trapping as methods for measurement of reactive oxygen species (ROS), she joined Bruker and holds a role as Applications Scientist.

Her current focus is detection and identification of free radicals in biological systems and pharmaceuticals using spin traps and spin probes. She has publications in journals like Journal of Biological Chemistry, Biochemistry, Free radical Biology and Medicine, etc. She has presented in many international meetings related to free radical research in biology and protein chemistry.

In this interview, News-Medical Life Sciences talks to Curtis Knox, Sr Strategic Portfolio Manager at Promega, about using the XpressAmp™...

An interview with Anke Boerdgen, Head of Product Management and Marketing, KNAUER Research against coronavirus is ramping up around the...

In this interview, Professor Ted Dinan, Medical Director for Atlantia Clinical Trials talks to News-Medical Life Sciences about the future...