While many governments have dismantled the social distancing measures put in place to curb the transmission of coronavirus disease 2019 (COVID-19), many developing nations still show largely unvaccinated populations and the risk of new variants emerging could still see these measures re-enacted. In a study available on the Research Square* preprint server and under consideration for inclusion in the journal BMC Public Health, researchers have investigated the factors that make it easier/harder for young people to social distance. 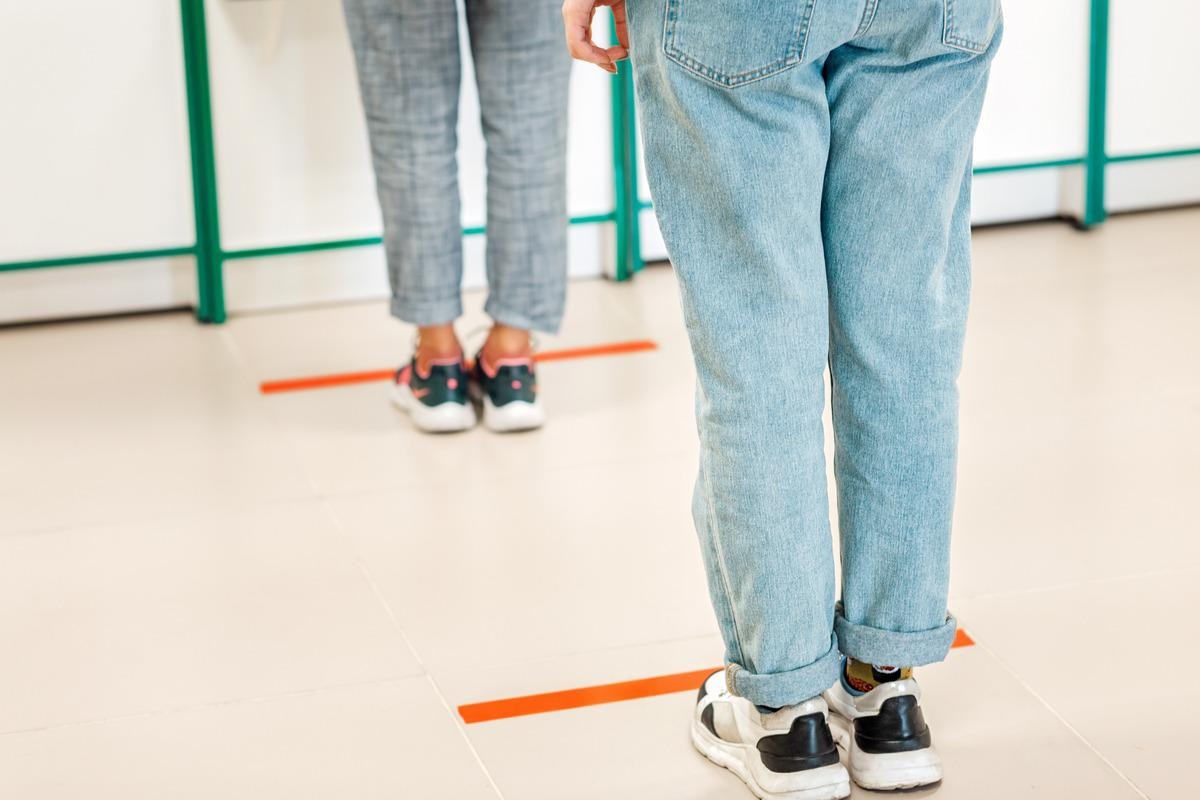 The researchers accumulated 477 responses to the survey, the vast majority of which were residents of Northern Ireland. Most were female, with an average age of 21 years. One in six lived with a chronic health condition, 4% were shielding, 9% had other in the household shielding, and 10% reported having experienced symptoms similar to COVID-19. Three hundred forty-seven of the respondents provided at least one free-text response. Following thematic analysis, the scientists sorted these responses into different categories by subthemes, identifying perceived facilitators and barriers to social distancing. Facilitators were also explored in the context of what was currently helpful and what could be helpful in the future.

The first barrier the researchers explored related to the individual’s psychological capability to continue engaging in social distancing. This was related to three different subthemes – ‘lack of clear guidance about expected behavior’, ‘challenge of regulating behavior’, and the ‘effect of alcohol on the ability to maintain behavior’. Comments regarding the lack of clear guidance tended to mention feeling confused about the specificity of guidance or feeling that socially distancing in certain scenarios was pointless, as they could not socially distance in others. The second subtheme is often related to forgetting to socially distance in social situations – such as hugging or shaking hands, which was also very relevant in the third subtheme.

Following this, the scientists explored social and physical opportunities. On the social side, the most relevant subtheme was that the actions of other individuals acted as a disincentive to follow the rules. This was the most commonly reported barrier, and generally, individuals who saw others not following the rules encouraged them to do the same. Similarly, individuals who saw such things on social media felt that it was pointless to follow guidelines when others were not. On the physical side, one of the most commonly mentioned subthemes was the lack of ability to social distance due to the environment. This was most commonly expressed in workplaces and retail environments but could also relate to the need for sharing transport.

Automatic and reflective motivation were the next barriers investigated. Automatic motivation refers to innate dispositions that affect behavior and was commonly related to the subtheme of ‘Absence of physical affection and contact’. The respondents often mentioned that missing physical affection from friends and family sapped their motivation to social distance.

Reflective motivation is more conscious than automatic motivation and was aligned with the subthemes’ Difficulty accepting the pandemic’ and ‘Sense of low risk of transmission/contraction’. The first subtheme was very similar to the reactions to the absence of physical affection, with the unnatural behavior imposed by the pandemic reducing individuals’ motivation. In contrast, the second subtheme tended to be concentrated in a smaller group of individuals who did not believe the disease was serious.

Moving on to the subthemes found to facilitate social distancing, both ‘Clear and consistent guidelines’ and ‘Adapting pre-pandemic lifestyle behavior’ were strongly associated with psychological capability. When individuals felt the rules were clear and knew how to behave, they found it easier to social distance. Adjusting their lifestyle by either staying at home or moving social behavior online was also extremely helpful.

For social and physical opportunity, the facilitating subthemes were almost the opposite of the barriers, with good role models and viewing other individuals following the rules helping respondents do the same. Environmental support and open areas were also important for individuals who wished to follow the rules and the presence of local reminders such as stickers and spaced-out tables when eating helped.

For motivation, the subtheme associated with automatic motivation as a facilitator was largely related to enforcement, with young individuals mentioning that if shop staff or similar individuals remind them to distance/sanitize, they were more likely to obey the rules. For more reflective motivation, those who kept a strong awareness of the risk of transmission remained motivated to prevent themselves/others from catching the disease and were more likely to social distance.

The authors have successfully identified different facilitators and barriers to social distancing. The comments from young individuals could be very helpful for public health policymakers trying to understand the impact of the restrictions. While social distancing has mostly ended in the West, this research could still be very helpful for developing countries, or if emerging variants force the restrictions to be resumed.

This study is a preliminary scientific report that has not yet been peer-reviewed and, therefore, should not be regarded as conclusive, guide clinical practice/health-related behavior, or treated as established information.

Ever since the emergence and rapid spread of severe acute respiratory syndrome coronavirus (SARS-CoV) in southern China in 2002, scientists...

The coronavirus disease 2019 (COVID-19) pandemic has affected people worldwide for over a year. Several big multinational attempts to...

A recent study shows evidence that cannabidiol, an important active ingredient in the Cannabis sativa plant, can augment the antiviral...

In a recent study posted to the pre-print medRxiv* server, a team of researchers introduced a novel method to estimate...

In a recently published ‘Letter to the Editor’ in the journal Microbiology Spectrum, scientists have described the procedure of polymerase...