Testing the Structural Studies Of Biopolymers with the CPMAS Cryoprobe

In this interview, Program Manager, Alia Hassan and Application Scientist Barbara Perrone, discuss the game-changing sensitivity enhancements achieved with the CPMAS CryoProbe – all the benefits of the CryoProbe, now available for solids.

What are the most recent developments in CryoProbe technology at Bruker?

The first probe that belongs to this new family of probes is the BioSolids CPMAS CryoProbe. It is a triple resonance probe for 1H, 13C and 15N at 600 MHz. This probe is a triple resonance probe, therefore it is suitable to do double and triple-cross polarization experiments and it is also possible to use this probe with a strong proton decoupling field strength. That means that you have all the tools that are needed to do biosolids experiments, and you can do this at physiological temperatures.

This product was launched back in 2019 at the ENC conference. Less than one year after, we published some work that we have been doing with our customers and it was a very welcome surprise for us that we made it to the cover of JMR in January 2020, and again the next month. 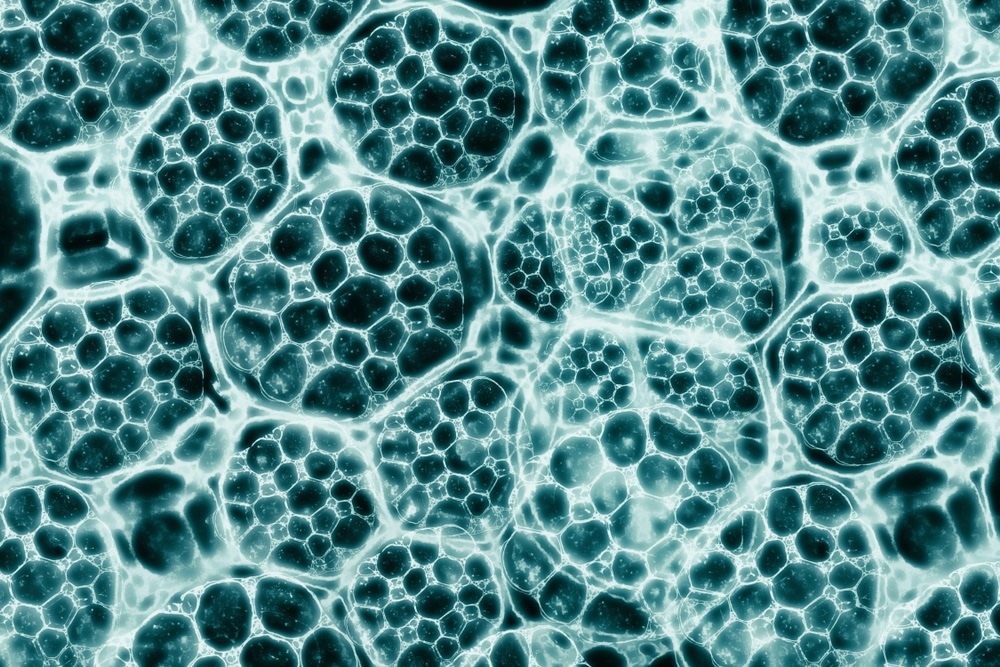 What are the key features of the new CPMAS CryoProbe?

The new CPMAS CryoProbe delivers an enhancement in sensitivity by a factor of three or more. This leads to a reduction of the experimental time by an order of magnitude and hence increased productivity.

For example, we compared the 1-DCP spectrum taken on the CryoProbe and on a conventional ST probe. We found three to four-factor enhancement in the sensitivity on the CryoProbe which, if you translate it, reduces the experimental time by a factor of nine to 16.

The RF design of this CryoProbe is made specifically so that it can withstand the challenging requirements for solid-state NMR, which means the fees that are required to maintain a radiation on the multi nuclei and experiments like CP or double-CP and high power decoupling can be done without any problem on this CryoProbe.

How is this improvement in sensitivity enhancement achieved?

Based on the same principles used for the other Bruker Hagen CryoProbes: we cryogenically cool the coil, the RF circuiting and the preamplifiers, which leads to a boost in signal-to-noise ratio. A major appeal of this technology is that while we are cooling all these elements, especially with the coil and the RF circuitry, the sample itself, stays in its original composition, at the desired temperature, and with its natural line width.

How is the cryoprobe designed and used?

The sample sits in a special bottle with a 3.2 millimeter outer diameter and can be rotated up to 20 kHz. The CryoProbe itself also has a special design that is different from its predecessors for liquid NMR and MRI.

One of the main considerations that led to this design was that in order to change the sample, we had to take the probe out of the magnet. Therefore, the two parts of the probe, one of them which is on the right side and has the cold pre-amplifier, which stays outside of the magnet, and the other part which has the RF coil and the rotor and the spacer as well as an integrated ATM to tune and match. This goes inside of the magnet. This is the part that we will be taking out and in to do the rotor change.

In order to do this, we developed a lift that is automatically controlled, and that will make this operation of rotor change easy and safe. A special tool is used to extract the first rotor and then the new rotor is just inserted.

Once the sample has been changed, we are ready to move the probe back in the magnet again. Pressing in the bottom, the lift automatically moves the probe upwards and then it is inserted in the magnet. At the end, it is fixed and locked in place.

After inserting the probe, we proceed to adjust the metric angle. The rotor is lying in principle along the metric angle axis. However, to compensate for any misalignments, we will tilt the probe around the B0 axis by a fraction of degree. A motorized finger helps us to achieve this movement of the probe inside the magnet.

How did you confirm that this approach works?

We first tested this method with a KBr sample. We adjusted the metric angle, we took the probe out of the magnet, we put it back again and then we were able to reproduce the same KBr spectrum again.

We have also tested the metric angle settings on another experiment that is more sensitive to metric angle imperfections. It was a two-day experiment done on 87-rubidium in a model compound rubidium sulfide.

What are the potential applications for the CPMAS CryoProbe?

The range of applications of our CPMAS CryoProbe is vast. We have some examples, and these are just a small fraction of the applications that have been already explored by our customers.

The probes have been used for structural studies of biopolymers. For example, we have been testing this probe on amyloid samples, on large protein assemblies, even in proteins in the native environment or even more directly in cell studies.

We have also been testing the probe for the investigation of natural products. One of our customers asked us to follow the degradation of food caused by fungal diseases.

We have also used the probe to characterize nano carriers or drugs that have been included into metal organic prime works, and also for advanced characterization of pharmaceutical ingredients.

This type of probe is very useful when it comes to samples with low sensitivity, that for example have diloid systems, or are in natural abundance or they present a low level of labeling or when it comes to insensitive nuclei.

Are there any specific examples?

One obvious application to have such a big sensitivity improvement is to go for faster data acquisition. For example, we used a sample of a prion protein and we were able to record a 2D 13C13C correlation spectra using DARR mixing in just one hour with one single scans per row. The quality of the resolution and the sensitivity was very high.

Instead of going for faster acquisition, you could decide to gain an additional dimension. For example, we performed a three-dimensional correlation, CaNCO, on the same protein sample in just seven hours without non-uniform sampling. This worked on four scans for each increment and you can extend this to another additional dimension. So, we recorded a 4D CONCaCX and this took only 5.5 days, which is normally the time that you will take on a room temperature probe to acquire a 3D experiment.

We have also used this probe to explore dilute systems. We explored a large protein assembly made of 349 residue proteins in a complex with an unlabeled protein. The total amount of isotopically liquid material was about 9% on these samples. We did two three-dimensional experiments, NCACX and NCOCX.

These two experiments took about five days for the first one and about six days for the second. It is very interesting to note that the authors have been comparing these results with the results that they obtained on their 3.2 millimeter room temperature probe and it took them 15 and 19 days, respectively, to perform the same experiment but with non-uniform sampling.

Another customer came to us with a pharmaceutical problem. They wanted to know what was the fate of a chemical compound, lansoprazole, which was inserted into a matrix – a metal-organic framework used for drug delivery. From the 15N our customer was able to determine that the drug is deproteinated once it is loaded into the matrix 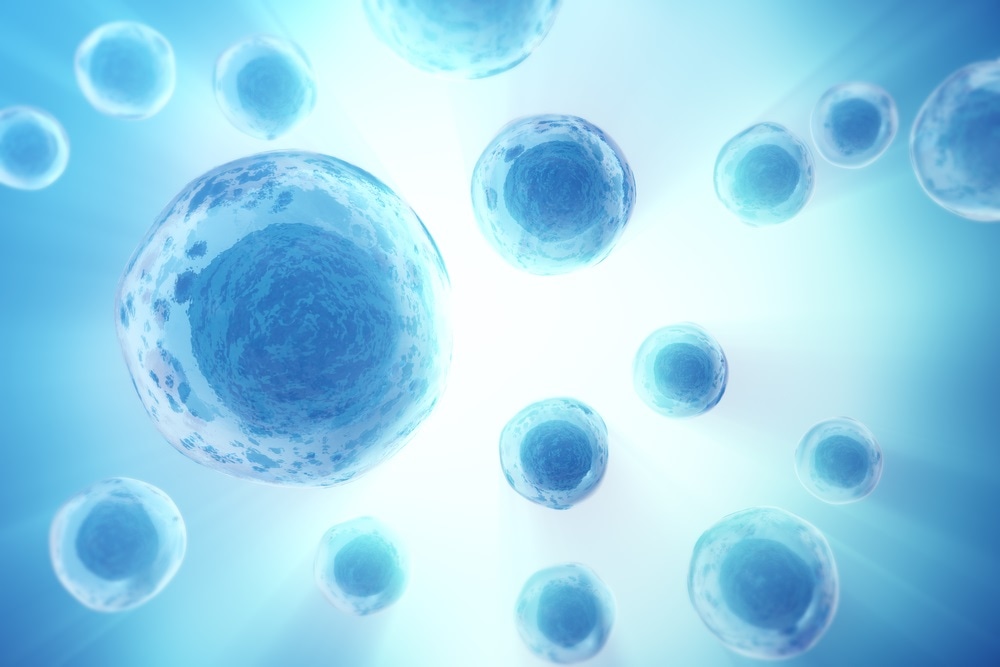 What results have you obtained with the new BroadBand probe?

In one experiment, we attained a two-dimensional MQMAS spectrum of oxygen-17 on a sample of labeled glucose with some dopant which is made to enhance the relaxation time of oxygen, which in this kind of compound will normally be very long. We managed to record the spectra in just 2.2 days using 80 kHz of proton decoupling. It is worth mentioning that the author behind this study tells us that he would have taken 11 days of acquisition to record the similar spectra on a room-temperature probe.

On another occasion, we carried out two experiments: one with titanium and one with sulfur. The titanium experiment was a two dimensional MQMAS experiment, performed on a sample of anatase minerals.

It took us 14 hours to record the spectrum on a sample of natural abundance. It is worth noting that this kind of experiment was not giving any signal after a reasonable amount of time on a room temperature probe.

The same was true for the second compound – a sulfur experiment on a vulcanized rubber samples, partially labeled with around 5-8% 33S enrichment. We could finally see some signal after just 13 hours. It is worth mentioning that sulfur is known to be extremely difficult in spectrography because it has low sensitivity, low natural abundance, and normally very broad lines over a very large range of chemical shifts. 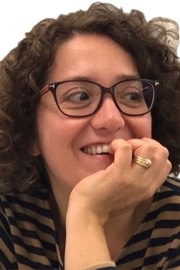 Dr. Alia Hassan studied Physics at the American University of Beirut before obtaining her Ph.D. from NHMFL/FSU in Tallahassee USA. She is currently responsible for the development of the new MAS CryoProbe product family. 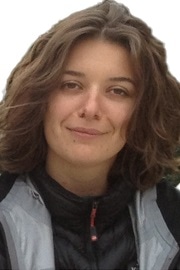 Following, she completed a Post-Doc in Solution and Solid State NMR in the Department of Chemistry at the University of Padova. She joined Bruker in 2004 as an Application Scientist, where she is now the Product Manager of CPMAS CryoProbes and HRMAS Probes.

In October 2019, Bruker announced the acquisition of the Magnettech EPR business from Freiberg Instruments and the establishment of a...

In this interview, News-Medical Life Sciences talks to Karen Esmonde-White from Kaiser Optical Systems, Inc. and Ola Wesstrom from Endress+Hauser...

In this interview, News-Medical talks to Dr. Irma Börcsök (CEO of PromoCell) and Dörte Keimer (Head of Quality Assurance) about...

In this interview, Poncho Meisenheimer, VP of R&D at Promega, talks to News-Medical Life Sciences about the importance of having...

In this interview, Professor Ted Dinan, Medical Director for Atlantia Clinical Trials talks to News-Medical Life Sciences about the future...