The coronavirus disease 2019 (COVID-19) is caused by infection with the severe acute respiratory syndrome coronavirus-2 (SARS-CoV-2), which has created a global pandemic with high morbidity and mortality. Early SARS-CoV-2 strains were found to have low viral genetic diversity; however, recent genomic and epidemiologic studies have found significant genetic heterogeneity in these viral strains. 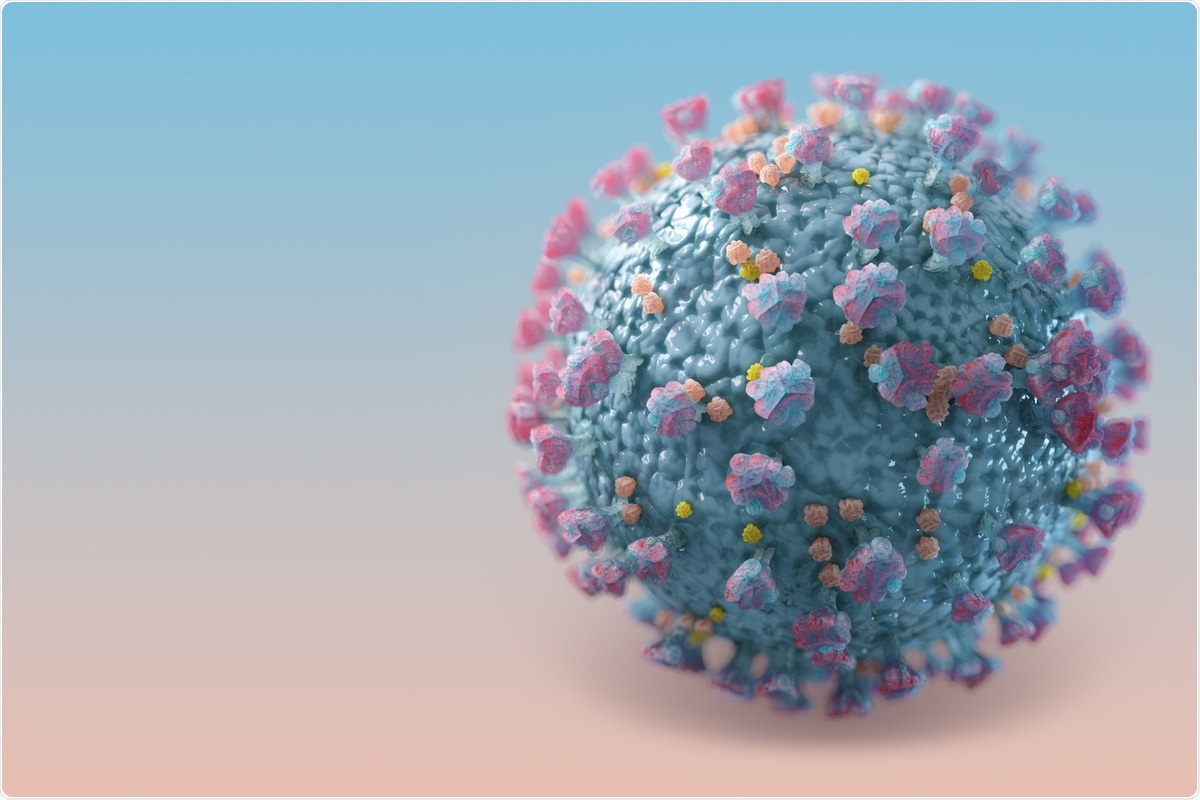 Study: Host Chitinase 3-like-1 is a Universal Therapeutic Target for the Delta, Omicron and Other SARS-CoV-2 Viral Variants in COVID 19. Image Credit: Liro Lem / Shutterstock.com

Many of the SARS-CoV-2 variants are now classified as variants of concern (VOC) because of genetic changes in their spike (S) and other proteins that result in increased transmissibility, reduced sensitivity to antibody neutralization or treatments, or the propensity to cause severe disease. Because of their outstanding and unparalleled transmissibility and capacity to produce breakthrough infections, the Delta and Omicron variants are particularly worrisome. The SARS-CoV-2 Delta variant, for example, accumulates in high amounts in host organs, resulting in waves of deadly illness.

SARS-CoV-2 infection is caused by the spike (S) protein binding to cellular angiotensin-converting enzyme 2 (ACE2) receptors, which is subsequently processed by the S protein protease (SPP). One recent study has found that chitinase 3-like-1 (CHI3L1) promotes ACE2 and SPPs. The researchers from that study have recently published new researchers, wherein they determining whether CHI3L1-targeted therapies are efficient inhibitors of SC2 viral variant infection.

In the current study, which is published on the preprint server bioRxiv*, researchers show that the CHI3L1 inhibitors anti-CHI3L1 and kasugamycin (KSM) reduce epithelial cell infection by VOC pseudovirus moieties that express the Alpha, Beta, Gamma, Delta, or Omicron S proteins. Both anti-CHI3L1 and KSM were also found to inhibit epithelial cell infection by these VOC pseudovirus moieties.

CHI3L1 is a powerful promoter of epithelial production of ACE2 and SPPs, as well as epithelial cell viral uptake. The researchers of the current study investigated the absorption of VOC pseudoviruses with ancestral and mutant S proteins by untreated and CHI3L1-treated Calu-3 cells to determine whether the major S variations impacted these responses.

KSM, an aminoglycoside antibiotic, is a novel small molecule with potent anti-chitinase 1 (CHIT1) properties. Because CHIT1 and CHI3L1 are both members of the 18-glycohydrolase family, the researchers wanted to determine whether KSM inhibits CHI3L1 activity in the same way as CHIT1 does. To this end, KSM treatment of Calu-3 cells inhibited CHI3L1-stimulated extracellular receptor kinase (ERK) and protein kinase B AKT activation, thereby indicating that KSM has potent anti-CHI3L1 activity.

The capacity of KSM to change the SARS-CoV-2 Delta and Omicron variants’ ability to infect human epithelial cells was also tested. CHI3L1 was found to be an effective activator of the uptake of pseudoviruses with Delta and Omicron S protein mutations.

This increase was stopped by KSM, but not by the vehicle control. Even when exogenous CHI3L1 was not used, KSM reduced pseudovirus absorption by Calu-3 cells.

Immunocytochemical tests supported these findings, wherein the researchers demonstrated that CHI3L1 increased ACE2 accumulation and Delta pseudovirus infection in Calu-3 cells. FRG was also found to suppress the expression of both Delta and Omicron pseudovirus infection both before and after rCHI3L1 injection.

The current research adds to the knowledge of early-stage SARS-CoV-2 therapeutics by demonstrating that the inhibition of ChI3L1 with FRG and/or Kasugamycin reduces the infection caused by the Alpha, Beta, Gamma, Delta, and Omicron SARS-CoV-2 variants. This suggests the intriguing prospect that FRG or Kasugamycin, alone or in combination with each other or other SARS-CoV-2 monoclonal antibodies, could have potent antiviral effects and/or limit viral infection in SARS-CoV-2-exposed people.

The researchers also demonstrate that FRG and Kasugamycin can reduce viral replication and, as a result, illness pathophysiology and severity by lowering the viral load. While these findings are promising, more research into the significance of CHI3L1 and its role in infections induced by SARS-CoV-2 variants is needed.