What are the current issues and challenges in narcotics analysis?

The widespread distribution of narcotic substances is a constant battle for law enforcement authorities worldwide. Key challenges in narcotics analysis include the unambiguous identification and proper quantification of suspicious substances. Furthermore, the data acquired and the reports generated should be robust enough for legal proceedings.

There are two major classes of substances: known, classic illicit drugs like cocaine (which we still see in high volumes in cross-border trafficking) and newly emerging substances which are designed to mimic classic drugs, but also to avoid detection via a changed chemical structure. These derivatives are called New Psychoactive Substances (NPS), and the United Nations Office on Drugs and Crimes defines them as “any substances of abuse either in a pure form or a preparation that are not controlled by the 1961 Single Convention on Narcotic Drugs or the 1971 Convention on Psychotropic Substances, but which may pose a public health threat”.

These substances cannot be easily identified using traditional methods, and standard library-based approaches often fail due to the high rate of new substances entering the market (50 to 100 per year, globally). 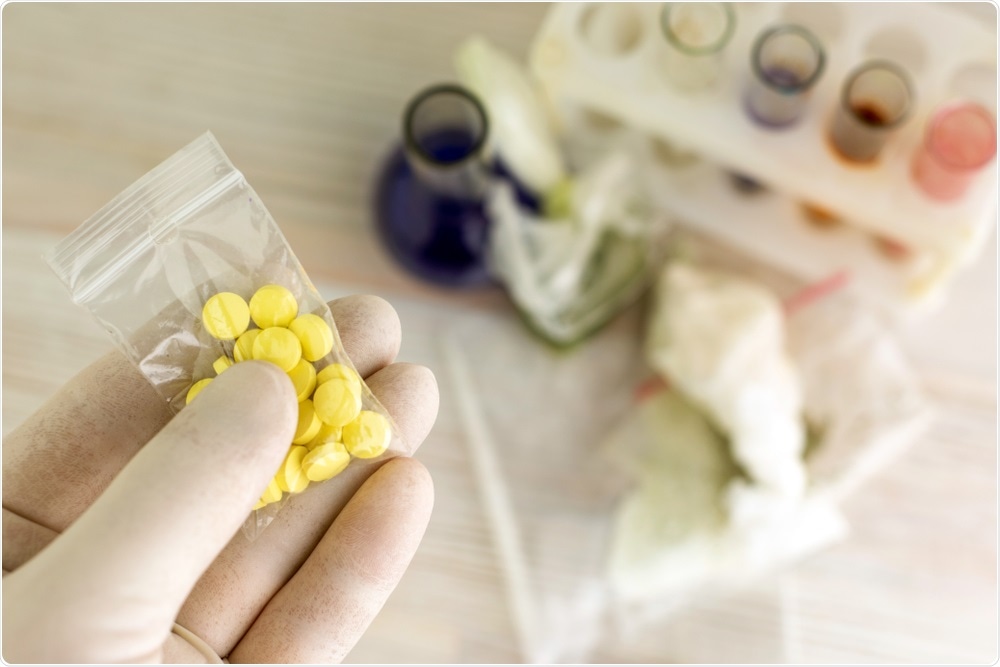 What is the NPS Data Hub, and how is this helping in the fight against New Psychoactive Substances?

The NPS Data Hub is a peer-reviewed, non-commercial data-sharing platform for law enforcement agencies, operated by the National Institute for Standards and Technology in the United States, by the Federal Criminal Police Office in Germany, and by the Drug Enforcement Administration in the United States.

This platform is designed to work with a range of analytical data, including NMR, MS, infrared, and more. It was established in May 2017 and now has around 440 registered users worldwide.

Today, there are over 3,000 substances in this database and it is the central platform for all data sharing activities across European police facilities. The NPS Data Hub enables global collaboration, and we advise our customers to use it because it is always up to date.

Why are orthogonal methods important in dealing with the global NPS issue?

Bruker offers the widest range of analytical techniques for forensic applications. This globally unique solution offering makes Bruker the only one-stop-shop for orthogonal methods applied in the forensic world. Mass spectrometry (MS) and nuclear magnetic resonance (NMR) are just two of many techniques that can be used in a complementary way to explore different aspects of one analytical mission.

Can you give our readers an overview of the Toxtyper system and its role in identifying NPS?

The Toxtyper is a tune-free, ready-to-use HPLC-MSn solution developed for drug and toxicology screening research. Its intuitive, simplified user interface is designed for non-MS experts and allows 24/7 operation.

Sample analysis is performed in data-dependent MSn mode with fast polarity switching, allowing simultaneous detection of neutral, basic and acidic drugs in a single run. The identification of the compounds is based on spectral library matching using MS, MS2 and MS3 spectra and retention time information. This leads to highly reliable and reproducible results and thus minimizes the time needed for data mining.

The Toxtyper has a highly curated spectral library with approximately 3000 MSn spectra of nearly 1200 compounds of interest for research toxicology and a smaller targeted library for drugs of abuse (DOA) screening research. Additionally, the Maurer/Wissenbach/Weber LC-MSn library (ISBN 978-3-527-34649) is supported. It contains almost 6000 drugs, including many NPS and their metabolites. Toxtyper uses an open library concept, which means the user can add spectra of new compounds as required – this is especially important given the constantly changing NPS spectrum we are dealing with.

The Toxtyper solution comes with ready-to-use methods for data acquisition and processing. The entire workflow from sample injection to final result is fully automated and completed in less than 12 minutes. Afterwards, the Toxtyper allows a quick review of the library search results. The identified compounds are sorted by their abundancy, and color-coding facilitates the review process, e.g. by highlighting tentative results, so that the user knows exactly which data require further manual evaluation by examining chromatogram and MSn spectra views. In addition, a PDF report is generated that can be printed or e-mailed directly to the sample owner.

Furthermore, semi-quantitative results can be obtained from Toxtyper analysis. After performing a one-point calibration for the target compounds using two or more internal standards, the subsequent Toxtyper analyses provide semi-quantitative values (e.g., concentration above or below the reporting limit), in addition to the qualitative screening results.

What role can NMR play in identifying and quantifying NPS?

NMR is extremely useful for forensics. We can use it in a broad range of applications, including key areas like forensic identification and quantification of suspicious substances, analysis of food adulteration, and even chemical warfare agents, explosives, and solid waste analysis.

A conventional floor-standing NMR spectrometer uses a superconducting magnet, meaning it needs cryogenic liquids such as nitrogen and helium for operation. As a matter of fact, this leads to certain requirements in terms of infrastructure and running costs which is sometimes limiting the application of this technology to dedicated laboratories only. But this is still the number 1 technology for comprehensive classification of narcotic substances of any kind. Bruker serves more than 40 forensic authorities worldwide with more than 80 floor-standing NMR systems running.

In order to make this key technology accessible to a broader range of laboratories, Bruker introduced its state-of-the-art benchtop NMR system Fourier 80 in 2019. Our goal with this instrument was to take our six decades’ experience in NMR and reimagine this into a high-performance NMR instrument in a compact and cost-efficient form. With a benchtop system like this one, there is no need for any new infrastructure – the NMR system can simply be installed in a fume hood or on a bench. The Fourier 80 features an optimum cost of ownership due to the implementation of a cryogen-free permanent magnet design and low maintenance needs. 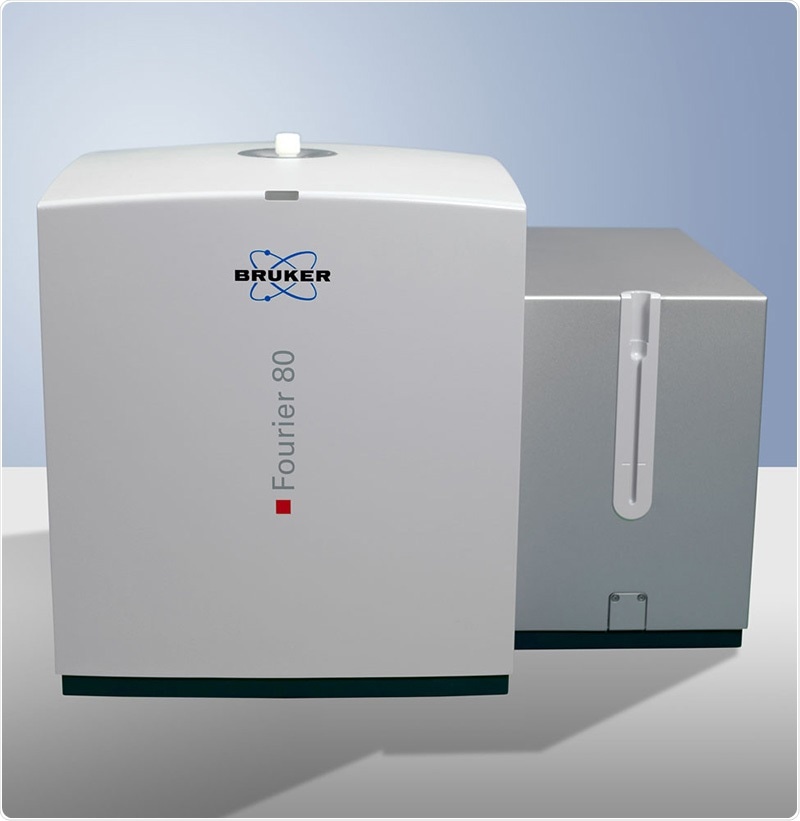 How does the Fourier CrimeLab enhance NPS detection?

Fourier CrimeLab is the forensic version of Bruker’s latest Fourier 80 benchtop NMR system in combination with dedicated software tools that have been specifically designed for forensic applications. As all of Bruker’s high field NMR instruments, the Fourier 80 is operated with Bruker’s industry-leading software TopSpin, allowing users to harmonize methods across high and low field NMR systems. This makes method transfer from floor-standing to benchtop system transparent and straightforward.

Almost every advanced NMR technique that has been developed on high field NMR instruments in the past can be applied using Bruker’s benchtop system and within Fourier CrimeLab. The software can also import experimental setups and workflows from TopSpin itself into an easy push-button interface, called GoScan. Using Fourier CrimeLab, even an inexperienced NMR user can run NMR experiments at the highest level. Once experiments are done, information on their status is provided. This can be referred to a more experienced user or passed to another application if required.

Using this software opens up a lot of possibilities for exchanging expertise, interconnecting and harmonizing methods. This is especially important for forensic laboratories working with New Psychoactive Substances, because these substances can appear anywhere, and labs need to work in an interconnected way to ensure that data on new NSP is available where it is needed.

The use of benchtop systems also offers another layer to local forensic labels – the satellite lab. Because benchtop systems can be installed in almost any lab, there is no need to send samples to external forensic science centers, further streamlining the analysis of new NSP.

Can you give our readers an example of a typical NMR workflow?

NMR is generally known for its role in structure verification, structure elucidation, identification, and quantification of known or unknown substances even in an un-targeted approach. NPS tend to be highly similar to known molecules, but with some subtle differences. These differences are clearly visible within NMR spectra, and using an orthogonal approach that also involves mass spectrometry can allow a robust differentiation to be made.

Samples seized on the street are generally mixtures rather than pure components, so a method must be used that can identify different components and accommodate complex samples. An unambiguous disclosure of non-scheduled substances within such a sample, like cutting agents and drug boosters, are also beneficial for criminal investigators in the perspective of case-clustering.

Any workflow starts with sample preparation which is, in the case of NMR, extremely easy by simply adding a usually non-toxic solvent like water (which even hasn’t to be deuterated for the Fourier 80) to a few tens of mg of sample.

The data acquisition and processing have to comply with local requirements to use the outcome as evidence in legal proceedings. Using the same software platform TopSpin on the benchtop and the floor-standing systems makes the method transfer of an existing (inter-)national workflow a trivial task. We also recommend applying the ENFSI (European Network of Forensic Institutes) qNMR guidelines (q stands for quantitative) issued in November 2019. The analytical run could be initiated by simply pushing a button in the GoScan software.

This way, implemented workflows can also be performed in a non-expert way by using pre-defined but customizable experiments available on Fourier CrimeLab. While this approach is suitable in most cases, a slight adjustment of parameters might be preferable in some others especially involving new NPS. But any forensic NMR expert at a science hub can remotely log into the CrimeLab and support this process within a minute by simply using a familiar software interface: TopSpin.

The identification of a suspicious substance is done by matching the generated spectrum against a database. This can be done by utilizing an own in-house database, a non-commercial cross-authority database like the previously mentioned NPS Data Hub, or by the combination of both approaches.

Quantification of any compound within a mixture does not require any compound-specific reference substance. This makes NMR superior to any other technique for performing such a task. Especially the high rate of new NPS every year underpins this advantage.

The whole NMR workflow does also not require any separation of components prior to the detection. This speeds up the process and reduces time-to-result from sample preparation to result in visualization within single-digit minutes.

Where can our readers go to find out more?

To find out more please watch the full webinar here. 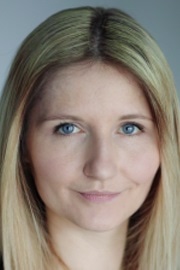 Dr. Venita Decker studied Neuroscience, but did her dissertation in the field of solid-state NMR (Max Planck Institute for Biophysical Chemistry, Goettingen). In 2012, she joined the Bruker solid-state NMR application. As a NMR-late entrant she since then actively supported Bruker solutions that simplify the complexity of NMR (TopSolids, the minispec FormCheck). Since 2018, she is the Product Manager for Compact NMR (TD/FT), bringing her mission to the next level. 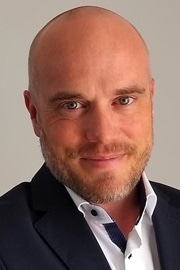 Dr Joerg Koehler studied physics and holds a doctoral degree from the Institute of Biophysics and Physical Biochemistry of the University of Regensburg. His research focused on High-Pressure-NMR based studies of folding intermediates of biochemically active macromolecules. After several positions in sales, sales management and business administration he joined Bruker as Head of Business Unit Industrial. Today Dr Joerg Koehler is accountable for Bruker’s global activities in magnetic resonance in various industrial market segments including forensics. 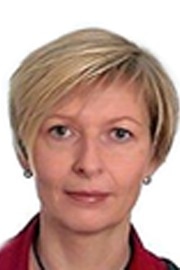 In Vivo Probes for Detecting Inflammation Markers in Humans and Animals

Sponsored Content by PittconFeb 24 2021 In this interview, News-Medical Life Sciences talks to Parry Hashemi about the research on...

In this interview, Dr. Oscar Millet, group leader of the Precision Medicine and Metabolism group of the CIC bioGUNE, talked...

Sponsored Content by PittconFeb 19 2021 In this interview, News-Medical Life Sciences talks to Lane Baker, Professor of Chemistry at...

Hallucinations and Delusions in Parkinson’s Disease