There have been multiple factors that have been attributed to disease severity for coronavirus disease (COVID-19), many of which depend on the age and gender of individuals. For example, several inflammatory cytokines like interleukin-6 (IL-6) or chemokines like interferon-inducible protein 10/IP-10 (CXCL10), as well as impaired interferon responses have been linked to a poor prognosis and severe disease. 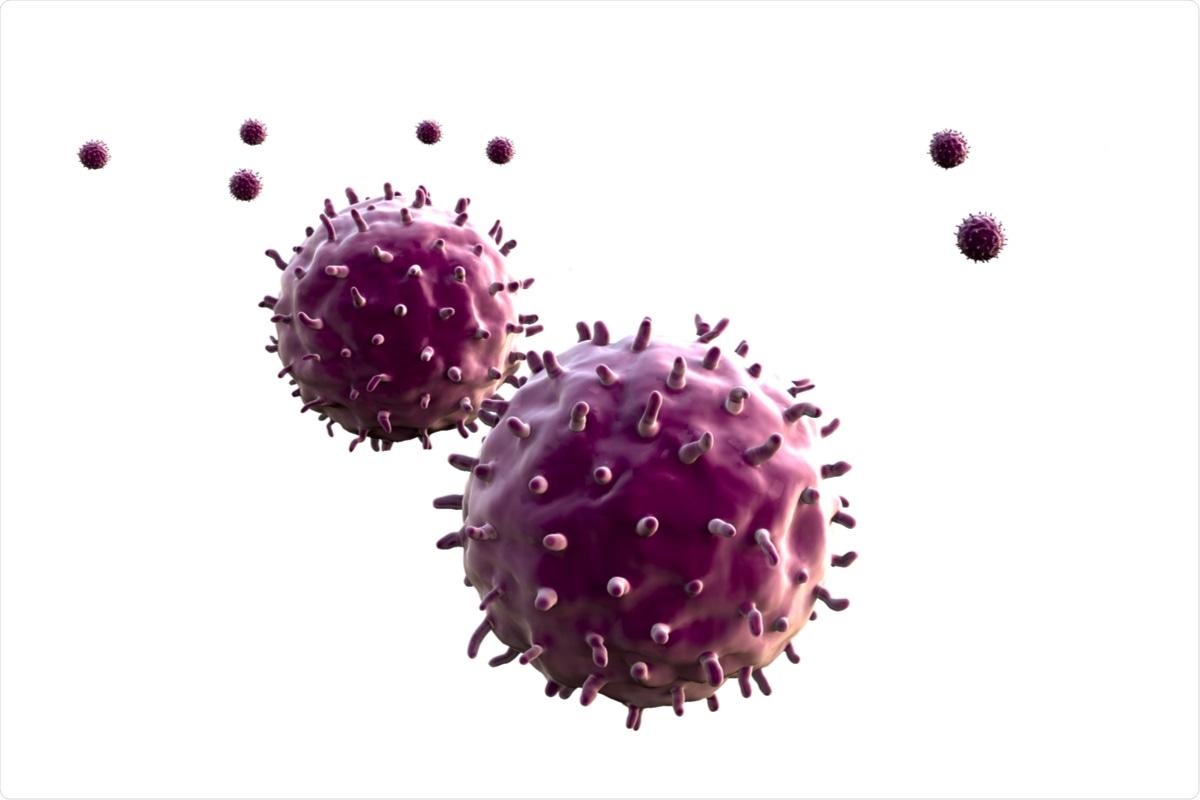 Lymphopenia is a hallmark for COVID-19 observed in up to 63% of COVID-19 patients. A defect in Th1 cell immunity and T-cell depletion in lymphoid tissues, which are also associated with apoptosis, have also contributed to poorer disease outcomes in COVID-19 patients.

Although CD95 engagement by its counterpart FasL has a minor impact on T-cells from healthy donors, Th1 cells and activated T-cells are more prone to dying through Fas/FasL interaction. As seen in patients with human immunodeficiency virus (HIV) infection, T-cells are highly sensitive to FasL-mediated cell death, in which caspase activation is critical.

In a recent Cell Death & Differentiation study, researchers analyze the levels of sFasL and CD95/Fas relative to the probability of T-cell apoptosis in patients with severe COVID-19 who were admitted to the hospital.

A total of 41 patients who tested positive for the severe acute respiratory syndrome (SARS-CoV-2) by reverse-transcriptase polymerase chain reaction (RT-PCR) assay were enrolled in the current study. Eleven of these participants were admitted to the intensive care unit (ICU) for severe infection and acute respiratory distress syndrome.

Thirty of the study participants were admitted to the Infectious Diseases Department (non-ICU) for symptoms of dyspnea and/or deterioration in their general condition. Out of these patients, 14 age- and sex-matched healthy controls were used as negative controls, and their ages varied between 28 and 95 years.

The researchers observed a significant reduction in both CD4 and CD8 T-cell counts in patients admitted in the ICU as compared to those admitted to healthy controls. There was also a gradual decline in the secretion of Th1 cytokine IFN-γ in relation to the status of COVID-19 severity, which was consistent with previous reports.

Higher expressions of CD95/Fas on memory (CD45RAneg) T-cells, including both CD4 and CD8 T-cells, were not related to higher immune activation in COVID-19 patients as compared to healthy controls. Interestingly, both ICU and non-ICU patients exhibited higher levels of CD95/Fas expression as compared to healthy controls. These levels were positively correlated with CD4 T-cell numbers; however, CD20+ B-cells did not express higher levels of CD95.

The researchers also quantified plasma levels of sFasL and tumor-necrosis factor (TNF)-related apoptosis-inducing ligand (TRAIL). Plasma concentrations of sFasL increased more in ICU than in healthy controls and were high in half of the non-ICU patients.

Considering that COVID-19 is characterized by inflammation, where CXCL10 expression correlated with disease severity, the researchers evaluated 32 soluble factors in the plasma of COVID-19 patients. Plasma levels of CXCL10, IL-1Ra, hepatocyte growth factor (HGF), and soluble CD14 (sCD14,) were key differentiators for disease severity between ICU and healthy patients with the area under the receiver operating characteristic curve (AUC) being 0.98.

Q-Vd, which is a pan-caspase inhibitor, demonstrated higher levels of Th1 transcripts IFN-γ and TNF-α in activated T-cells in comparison with untreated cells. Q-VD also prevented the death of T-cells incubated in the presence of recombinant sFasL that were shown to be active in inducing the death of Jurkat cells. Thus, CD4 and CD8 T-cell apoptosis were significantly reduced by more than about 52.2% and 24.2%, respectively.

Although coronavirus disease 2019 (COVID-19)-related hospitalization rates in children and adolescents are lower than in adults, COVID-19 can cause...