The genome of the severe acute respiratory syndrome coronavirus 2 (SARS-CoV-2) is about 80% similar to that of SARS-CoV. This high degree of similarity shared between these two viruses has led many to wonder why SARS-CoV-2 is so much more infectious and transmissible as compared to SARS-CoV. 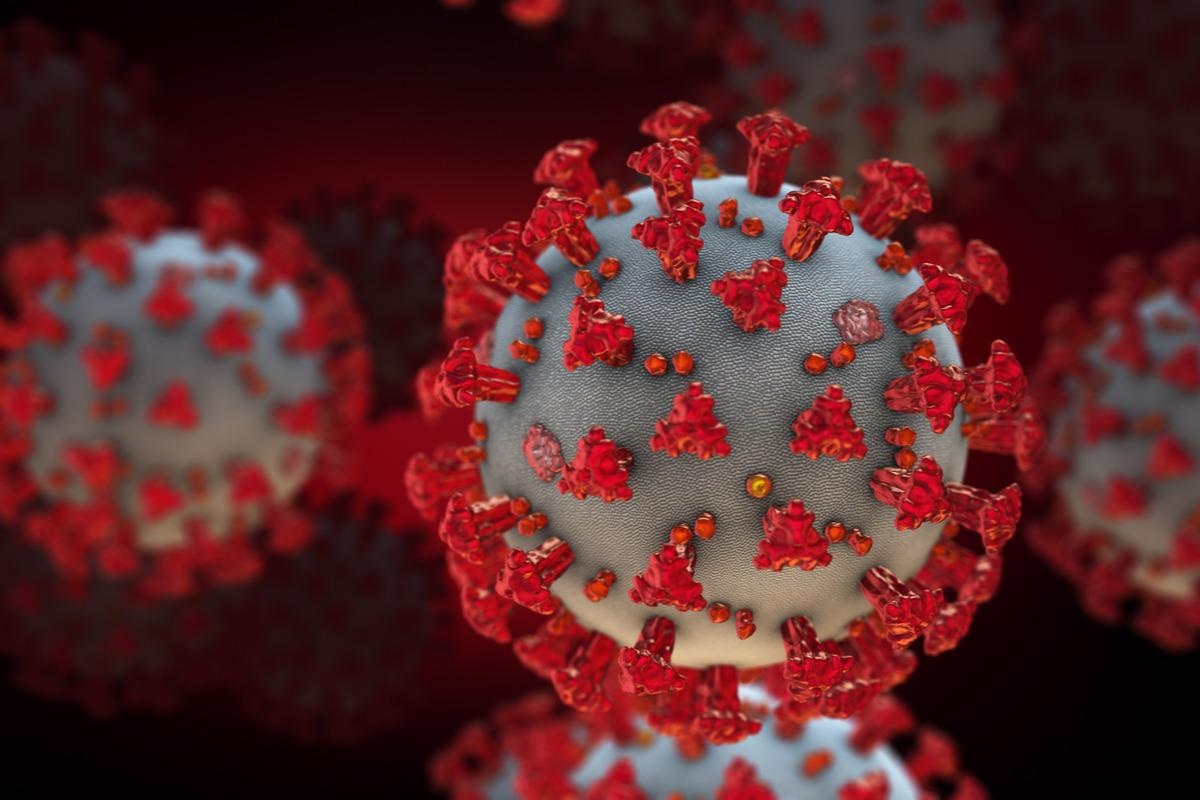 Both SARS-CoV and SARS-CoV-2 utilize the ACE2 receptor for cell entry through their viral spike protein. The spike protein consists of three identical protomers that protrude from the lipid surface of the virus. Each protomer has two subunits known as S1 and S2. Whereas S1 is responsible for virus attachment to cells, S2 facilitates the fusion of the viral and cellular membranes.

The SARS-CoV-2 RBD is the current target for coronavirus disease 2019 (COVID-19) messenger ribonucleic acid (mRNA) and adenovirus-based vaccines because it is majorly targeted by the immune response.

The spike protein trimer is not a rigid entity and instead presents different conformations or states. Moreover, this protein can present in a closed state, where all RBDs are in the down orientation and buried in the trimer. Comparatively, the spike protein can also present in an open state where one, two, or three RBDs are in the erect conformation. These orientations can coexist in equilibrium and be distributed within the spike population.

After binding of the first RBD to ACE2, the open conformation is stabilized and promotes the opening of the other two RBDs. These two RBDs now bind ACE2 in a fully open configuration, which further primes S2 unsheathing and results in membrane fusion. 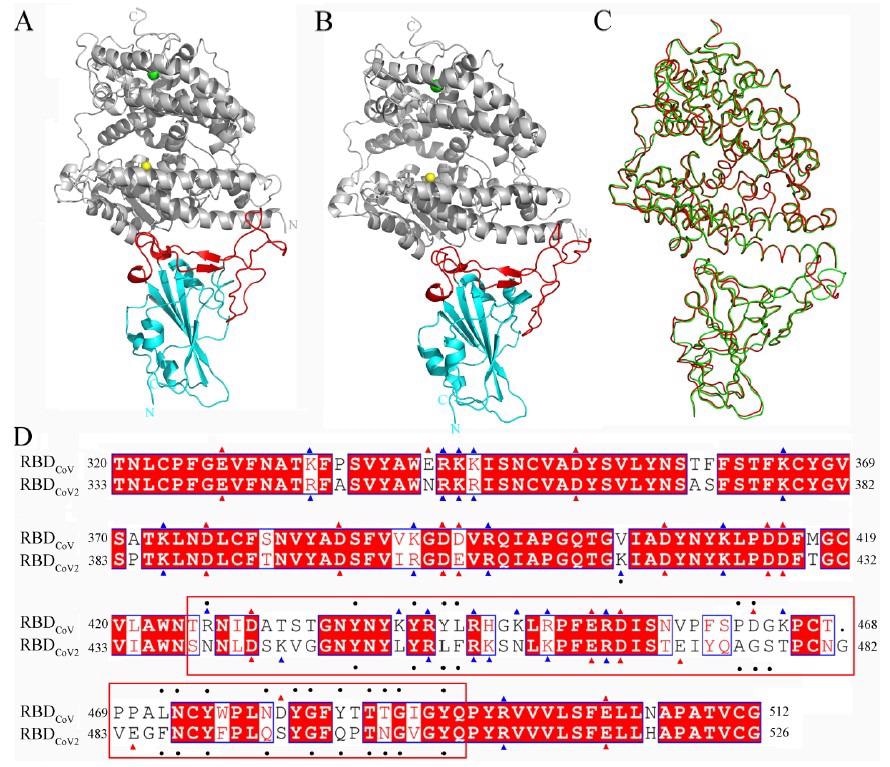 Structures of the RBDCoV-ACE2 and RBDCoV2-ACE2 complexes and sequence alignment of RBDCoV and RBDCoV2. (A,B) Cartoon representations of the complete complex structures of RBDCoV-ACE2 (modeled based on the crystal structure with PDB ID 2AJF and RBDCoV2-ACE2 (PDB ID: 6M0J respectively. ACE2 is colored gray, with Zn2+ and Cl− ions represented as spheres in yellow and green, respectively; cores and RBMs of both RBDs are colored cyan and red, respectively. (C) Backbone superposition of RBDCoV-ACE2 (red) and RBDCoV2-ACE2 (green). (D) Structure-based sequence alignment of RBDCoV and RBDCoV2. The identical residues are white on a red background and the similar residues are red on a white background; the negatively and positively charged residues are indicated by red and blue triangles, respectively. The ACE2-contacting residues (or RBD interface residues) identified in this work are indicated by black dots; RBM (residues 438–506 according to residue numbering of RBDCoV2) is highlighted by enclosure with a red box.

The opening of the RBD is a prerequisite for ACE2 binding. Even so, RBD is an independently folded domain and its opening has very little effect on the overall conformation.

Several experimental and computational studies have shown that the ACE2-binding affinity of RBDCoV2 is higher than that of RBDCoV. Due to this greater binding affinity, SARS-CoV-2 has increased infectivity and transmissibility as compared to SARS-CoV.

RBDCoV and RBDCoV2 crystal structures in complex with human ACE2 reveal that the RBDs share similar overall conformations and nearly identical modes of ACE2 binding. Both RBDs have a core and a receptor-binding motif (RBM) subdomains.

The current study explores the mechanistic origin of the difference in the ACE2-binding affinities of RBDCoV and RBDCoV2. Molecular dynamics simulations were performed on the structures of RBD-ACE2 complexes of SARS-CoV and SARS-CoV-2.

The amino acid changes at the RBD interface are responsible for the overall stronger inter-protein electrostatic attractive force in RBDCoV2-ACE2. This tightens the interface packing and suppresses the dynamics of RBDCoV2-ACE2, as well as enhances the ACE2-binding affinity of RBDCoV2.

Since the RBD amino acid changes resulting in gain/loss of the positive/negative charges can greatly affect binding affinity, SARS-CoV-2 variants harboring such mutations warrant special attention, particularly those close to or at the binding interfaces of ACE2.

The current study provides new insights into the dynamics and energetics of the mechanisms of RBD-ACE2 interactions. Furthermore, the study findings explain an increased RBDCoV2-ACE2-binding affinity than that of RBDCoV.

As part of our SLAS Europe 2022 coverage, we speak to Andrew Lynn, the chief executive at Fluidic Analytics, about...