A new preprint describes a single-step molecular diagnostic test for the presence of severe acute respiratory syndrome coronavirus 2 (SARS-CoV-2) infection caused by the Omicron variant that is behind the unprecedented rise in cases over the last few weeks. 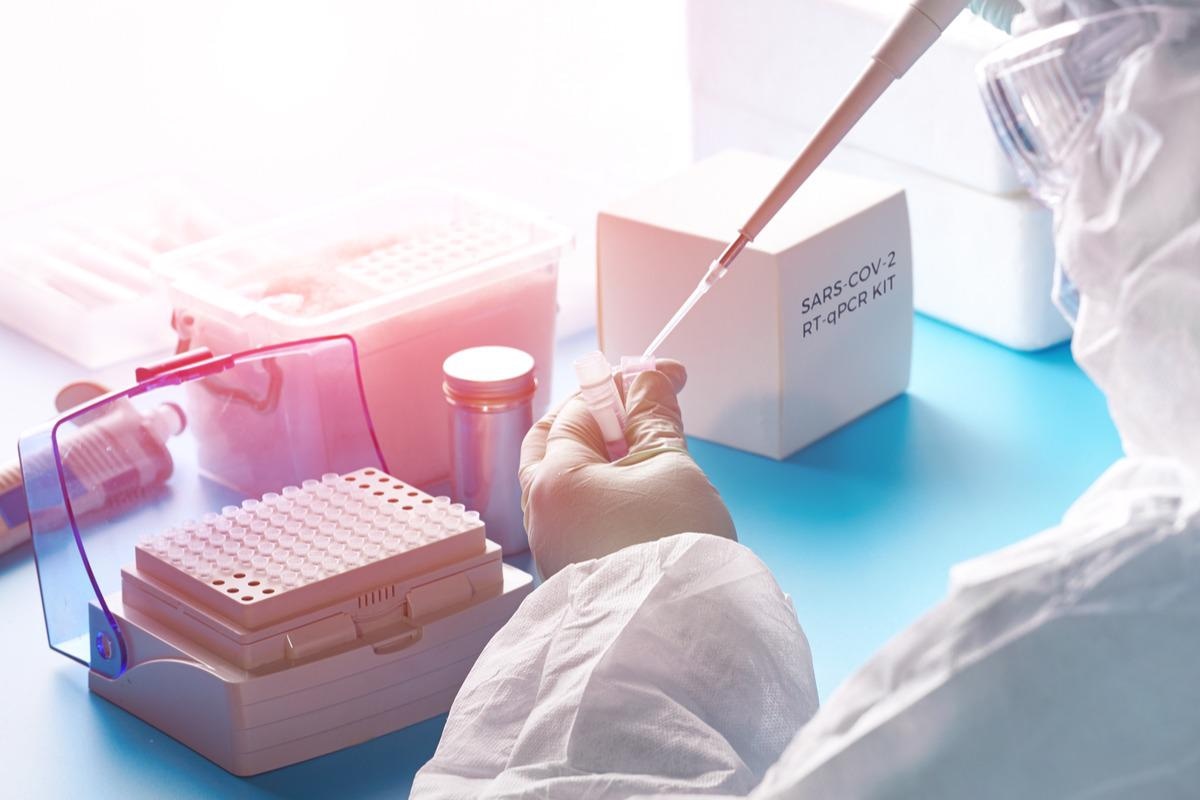 The SARS-CoV-2 pathogen caused the coronavirus 2019 (COVID-19) pandemic, which has raged over the last two years, costing 5.49 million lives. This beta-coronavirus has a ribonucleic acid (RNA) genome that is prone to mutations over time, with the emergence of several variants with concerning changes in their virological behavior.

These include the D614G, Alpha, and Delta variants, termed variants of concern (VOC), that successively displaced their predecessors to dominate global infections. Along with these, the Beta and Gamma VOC also arose, with immune escape capabilities greater than the above but with inferior infectivity characteristics, causing more localized resurgences of the infection.

Tracking these mutations was recognized as a full-time and extremely important job. The rapid pace of mutations in the viral genome has led to the use of next-generation sequencing (NGS) methods to monitor the virus, and sequencing data is uploaded to public databases such as the Global Initiative for Sharing Avian Influenza Data (GISAID). This can be analyzed to understand the real-time patterns of the spread of each of these variants at any period.

An important consequence of such mutations is that diagnostic tests, whether molecular, antigen-based, or serologic, are bound to become less sensitive due to changes in the viral surfaces that recognize the test reagents. The Food and Drug Administration (FDA) therefore communicates such alerts periodically.

The Omicron variant was first reported on November 24, 2021, and was shown to possess many mutations, including mostly single-point substitutions, three deletions, and one insertion. About half of these mutations are in the genetic region that encodes the receptor-binding domain of the spike protein that binds to its cognate host cell receptor, the angiotensin-converting enzyme 2 (ACE2). These could potentially affect receptor binding and antibody recognition.

The RBD is the immunodominant target, however, which means that immune evasion can occur with mutations at this region and resistance to therapeutic monoclonal antibodies binding to the RBD. Therefore, it is important to identify a recent SARS-CoV-2 infection caused by Omicron for management.

The Omicron variant was first detected in the USA on December 1, 2021, but has spread rapidly since then, driving the current surge of over 700,000 new cases per day. The current study, published on the medRxiv* preprint server, reports a new RT-PCR designed to detect Omicron rapidly in clinical specimens from the upper respiratory tract.

The study included 80 samples from the upper respiratory tract that had already been tested using Cepheid Xpert Xpress SARS-CoV-2/Flu/RSV test or the Hologic Aptima SARS-CoV-2 test. They were then tested using the Omicron RT-PCR assay.

The nucleic acid used was dsDNA synthesized from double-stranded DNA (dsDNA) spike gene fragments since there are no quantitative Omicron variant samples available for this use. The LOD titer refers to the lowest concentration at which 95% or more of tested specimens test positive in the presence of the material to be detected.

The LOD of this assay is 2,000 copies/mL. No false positives or false negatives in the validation set. The test was evaluated for its ability to detect Omicron, but not closely related viruses or those with similar clinical features or may be present in these samples. This was carried out using variant panels.

The assay did not pick up either the wildtype or other VOC, except for detecting the del69/70 target, common to the Alpha and Omicron variants. It also failed to amplify other respiratory viruses, including influenza viruses, the seasonal coronaviruses, and the respiratory syncytial virus (RSV).

The high infectivity of Omicron, coupled with its resistance to neutralization, has spurred the development of this test to identify it separately from other variants. This would help decide on rapid treatment in high-risk patients.

In the absence of specific assays for Omicron, spike (S)-gene target failure (SGTF) is widely used to identify potential Omicron cases. However, all SGTF-variants are not Omicron, making it relatively non-specific. NGS is thus the gold standard for identification but is relatively slow, making it unsuitable for high-throughput assays as required in the current wave of COVID-19 cases.

The one-step RT-PCR assay described here fills this gap. It is built around two primer-probe sets specific for the detection of del69/70 (found in the Alpha VOC as well) and ins214EPE, along with an internal control, human RNase P. Positive tests are those that detect both mutations.

Validated using the ABI 7500 Fast Dx Real-Time PCR System (Applied Biosystems) in this study, it is open to validation using other real-time RT-PCR assays. Contamination from adjacent specimens was tested for and found to be absent, indicating the real value of this test in identifying Omicron in patients with SARS-CoV-2 infection.

In a recent article published in the journal Proceedings of the National Academy of Sciences (PNAS), researchers reviewed the present-day...

After the success of mRNA vaccines against COVID-19, scientists are cautiously optimistic that the same technology can be used to...

New research from the Case Western Reserve University (CWRU) School of Medicine suggests that the children younger than age 5...