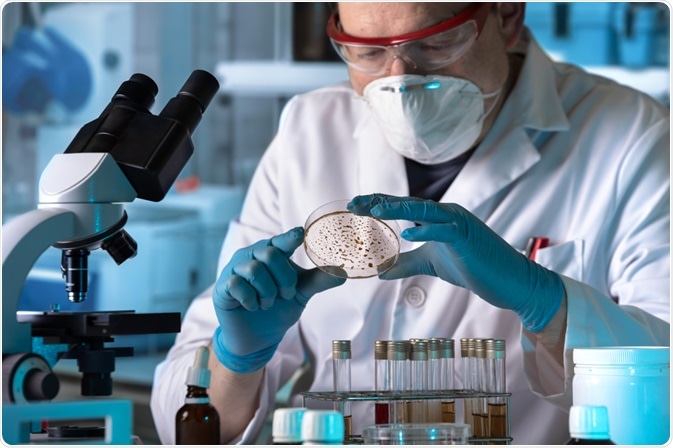 Penicillin, the first antibiotic, was discovered over 90 years ago and revolutionized medical potential. Before the advent of antibiotics, bacterial infections were a leading cause of death and the downfall of numerous surgical procedures. The capacity of antibiotics to enable patients to recover from severe infection and reduce the risk of infection of surgical wounds took the medical world by storm, leading to their routine use in both the management of disease and in prophylaxis.

However, the resultant widespread overuse of antibiotics has led to many bacteria acquiring resistance to several of the most potent antibiotics available. This threatens the future of medical success as even the most efficacious antibiotics have been rendered inactive against life-threatening bacterial pathogens. Hundreds of thousands of lives are lost every year because of antibiotic-resistant infections.

For many years, it has been known that the development of novel antibiotics that can kill drug-resistant bacteria is essential to maintaining modern medicine standards and mitigating the risk of returning to a pre-antibiotic era.

So far, traditional approaches to antibiotic discovery have failed to generate the new drugs needed to treat antibiotic-resistant infections. No new classes of antibiotics have been discovered since the 1980s; all antibiotics new to the market in the past three decades have been variations of existing drugs, created using synthetic biology methods to achieve greater efficacy and improve yields. With a renewed sense of urgency, researchers are once again looking to nature for inspiration to inform the development of new antimicrobial agents1.

Discovering and developing genuinely new antibiotics requires challenging science methodologies and is time-consuming and expensive. The start-up company, Bactobio, is not deterred by these obstacles and is dedicated to discovering novel compounds, including antibiotics, from bacteria2. Evaporation is a crucial step in their search methodology and has been streamlined using the SP Genevac EZ-2 centrifugal evaporator3.

The EZ-2 Solvent Evaporator (EZ-2) is part of the benchtop range manufactured by SP Industries, an industry leader in biopharma processing and life science equipment including centrifugal evaporation and concentration processes. First launched in 2002, the EZ-2 Series is now in its fourth generation and represents the pinnacle of parallel evaporation. It is compact and has been engineered to be compatible with many common organic solvents, including corrosive acids. In addition, it is easy to use and boasts several clever features that enable efficient solvent removal.

The EZ-2 incorporates various technologies to ensure that temperature and pressure are precisely controlled to protect valuable samples and can be programmed to function without the need for operator observation. Smart evaporation software continually monitors and directly controls sample temperature to avoid overheating.

Furthermore, temperature measurements are taken from the sample holder, so no contact with the sample itself is required, preventing the risk of contamination. In addition, several samples can be dried at once without risk of sample cross-contamination due to the Dri-Pure® anti-bumping technology.

The EZ-2 remains easy to use despite the incorporation of sophisticated technology. Once the samples  are loaded and the desired program is selected, the system can be left to operate unattended. The auto stop function ensures that the EZ-2 only runs as long as is needed for evaporation to stop. In the EZ-2 Plus model, the removed solvent is contained in an easy-to-empty jar meaning the sample can be retrieved at a time convenient to the user.

Bacteria are the most genetically diverse organisms on the planet and produce an equally diverse range of chemicals. Indeed, research in bacteria has led to numerous important discoveries4,5,6. In order to isolate new chemicals in bacteria, natural bacterial samples must be cultured in a laboratory. However, cultures have only been achieved for <1% of known bacteria. There is, therefore, a vast potential for discovering new compounds in the remaining 99% of bacteria. Bactobio is unlocking that potential using a novel technique to culture previously unculturable bacteria2.

The Bacterial Community Cultivation platform (BACCU) from Bactobio directs the evolution of unculturable bacteria, enabling the bacteria to evolve to become culturable in a laboratory setting. Once in the lab, Bactobio screens these bacteria for valuable metabolites.

​To date, Bactobio has boosted cultivation rates from less than 1% to over 15% – allowing for the creation of a library of novel bacterial species for downstream metabolite screening.

Bactobio harnesses evolution by combining synthetic and natural factors to direct the bacteria’s evolution. Through the use of next-generation sequencing, genetic diversity is tracked to study the biomes and minimize diversity loss. Bactobio closes the loop on the iterative process using literal and machine learning to improve the directed evolution, therefore gaining access to more diversity2.

A key goal is to discover novel antibiotics that are effective against resistant bacteria. Previously uncultured bacteria are isolated from soil samples collected from a diverse range of environments and screened for genetic novelty. These are then cultured in the laboratory and screened for antibiotic activity.

The team use the SP Genevac EZ-2 to dry extracted metabolites from liquid culture as part of an activity-guided screening process. This process, using a combination of media optimization methods, HPLC and mass spectrometry, takes them from cultured species to active compound(s). At each stage of the workflow the samples are dried down from a range of different solvents using the EZ-2.

How the SP Genevac EZ-2 has Increased Efficiency

Bactobio has been using the EZ-2 since it was formed in 2020 and is confident that it has enabled increased productivity and efficiency.

“The SP Genevac EZ-2 is working very well and is a critical and reliable instrument in our workflow. After 10 months we are already looking to order a 2nd SP Genevac instrument to help meet our increased throughput, which exemplifies our favorability for the instrument and the crucial role it plays in our compound identification pipeline. We also appreciate the ease of use and zero sample prep time which greatly adds to our efficiencies.”

Using the EZ-2, many samples can be dried quickly and in parallel, resulting in a high screening throughput. This is further helped by the lack of sample preparation requirements for EZ-2 drying and the ease of set-up due to the capacity to store pre-set programs.Furthermore, the samples can be left drying overnight, so productivity in the laboratory during the day is maximized.

Evaporation can be a harsh process and maintaining the sample integrity of these novel compounds during evaporation is very important, to avoid losing valuable samples and repeat experiments. Precise sample temperature control plays a key role in this, and the innovative technologies built into the SP Genevac EZ-2 are able to evaporate samples using controlled conditions to protect the integrity of these novel compounds.

SP Industries would like to extend thanks to the team at Bactobio, for their significant contribution to the content and creation of this article.

One of the most sophisticated technologies in molecular biology is Quantitative real-time PCR (qPCR).1 In a conventional polymerase chain reaction (PCR),...

The concept of a ‘plasmid’ was first introduced by Joshua Lederberg in 1952. Since that time, it has become widely...

The deepwell storage plates in our lives

Health and wellness trends help to drive advancements throughout the functional food and beverage industry. Consumers are choosing more and...