In a recent study published in the Blood Advances journal, the researchers assessed the impact of severe acute respiratory syndrome coronavirus 2 (SARS-CoV-2) on platelet activation.

Various studies have reported the hyperactivation of platelets during coronavirus disease 2019 (COVID-19) infection. However, extensive research is needed to understand the mechanisms involved in such an activation. 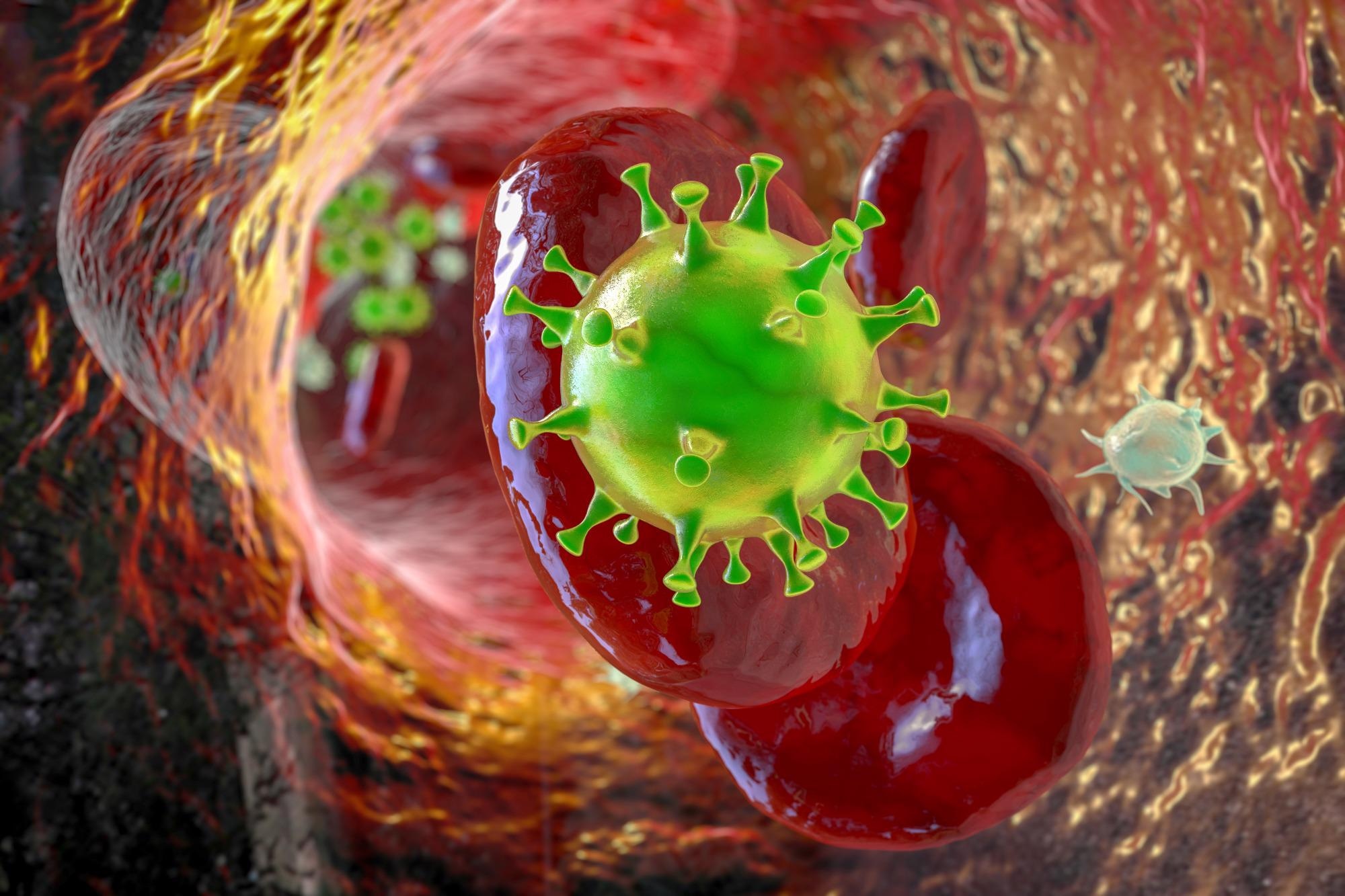 The present study examined the impact of SARS-CoV-2 or components derived from infected cells in platelet activation.

The potential of SARS-CoV-2 in platelet activation was assessed based on the frequency of platelets that expressed the active forms of αIIbβ3 integrin (αIIbβ3*) and CD62P (αIIbβ3*CD62P), the release of EVs (CD41+EVs), and the expression density of αIIbβ3*. Furthermore, the team obtained plasma preparations from non-immune donors who had no SARS-CoV-2 antibodies.

Furthermore, the team assessed the role of thrombin in the plasma-dependent platelet activation mediated by SARS-CoV-2. This was achieved by incubating SARS-CoV-2-contained plasma in the presence or absence of a thrombin inhibitor called D-phenylalanyl-prolyl-arginyl chloromethyl ketone (PPACK).

The study results showed that SARS-CoV-2 induced a fast and substantial rise in the proportion of CD62P platelets and increased the intensity of αIIbβ3* expression. Furthermore, after 60 minutes of SARS-CoV-2 exposure, most of the platelets expressed CD62P, while the levels of EVs improved significantly. However, SARS-CoV-2 did not activate the platelets in the presence of C.Med and the absence of plasma. In contrast, remarkable changes were observed in the thrombin levels, irrespective of the presence of plasma.

The team observed that platelet activation was entirely blocked due to thrombin inhibition. Furthermore, SARS-CoV-2-mediated activation of platelets in naive wild-type mice needed the presence of plasma as well as thrombin activation. Moreover, since the SARS-CoV-2 S protein does not detect murine ACE2 and there is no FcyRIIA expression by murine platelets, the team concluded that platelet activation was dependent on neither the ACE2- nor the Fc-receptor.

Moreover, the blockage of activation due to a thrombin inhibitor showed that the coagulation initiation, as well as thrombin production, was not a result of viral fixation. The team also found that high concentrations of untreated C.Med or beta-propiolactone-treated C.Med did not activate platelets even after incubating for 60 minutes. Overall, this showed that platelet activation induced by infectious and fixed SARS-CoV-2 was dependent on the levels of both plasma and thrombin.

Overall, the study findings showed the importance of differentiating viral components in understanding the viral mechanism involved in infections. The researchers believed that this study could serve as a foundation for developing new therapies against COVID-19.

There is an ongoing debate about the persistence of immunoglobulin (Ig)G/IgM antibodies against severe acute respiratory syndrome coronavirus-2 (SARS-CoV-2), post-onset...

The ability of the immune system to prevent the replication and subsequent transmission of pathogens is referred to as ‘sterilizing...

In a recent study published on the medRxiv* preprint server, researchers conduct genomic wastewater surveillance of the severe acute respiratory...

In a recent study posted to the Nature In Review* preprint server, researchers performed a comprehensive, in-depth comparison of the severe...

Climate change has a major role in the shifting of range and seasonality of several diseases, the most prominent of...