As the pandemic advances, new data about susceptible species that could operate as competent SARS-CoV-2 reservoirs emerge. Because of experimental evidence of susceptibility as well as recent evidence of SARS-CoV-2 exposure and infection in the northeastern United States, WTD is now regarded as a very relevant species. 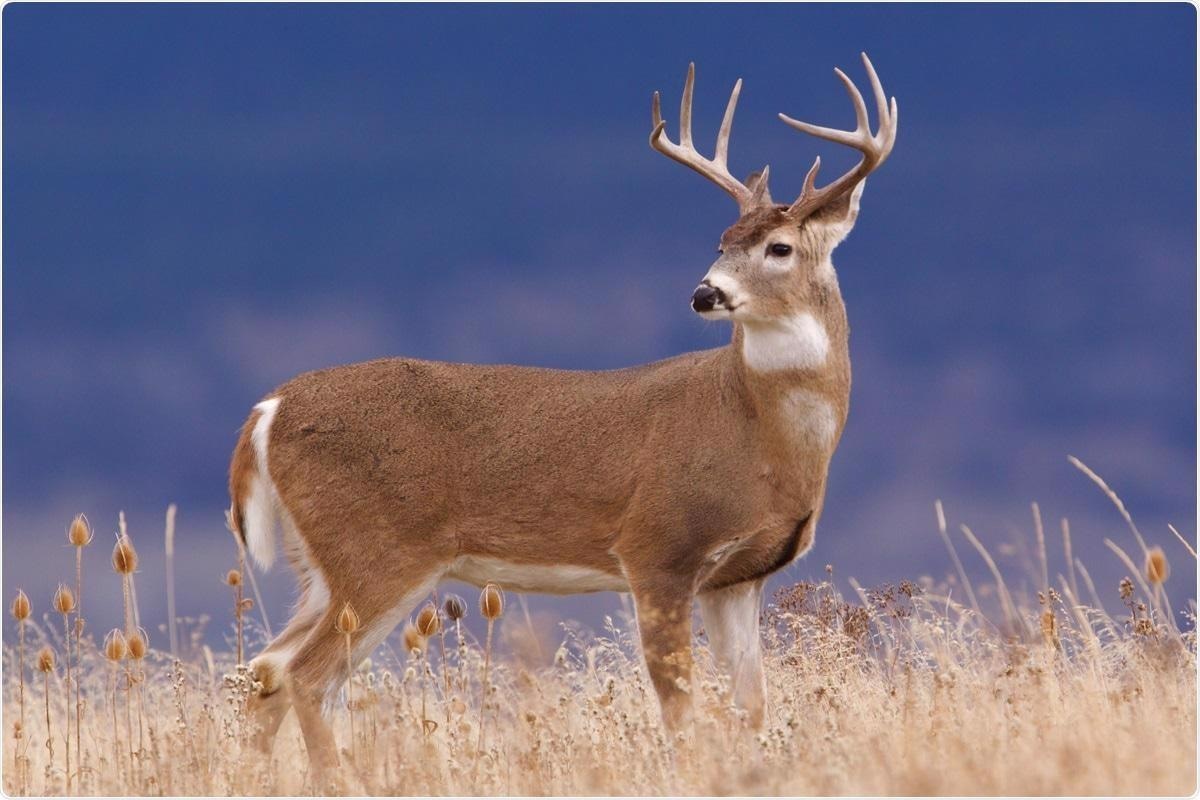 In this study, samples were taken from 258 WTD in two areas – the Estrie region and Laurentides – from southern Québec, Canada. Adults (92%) and males (79%) made up the majority of the sampled WTD. 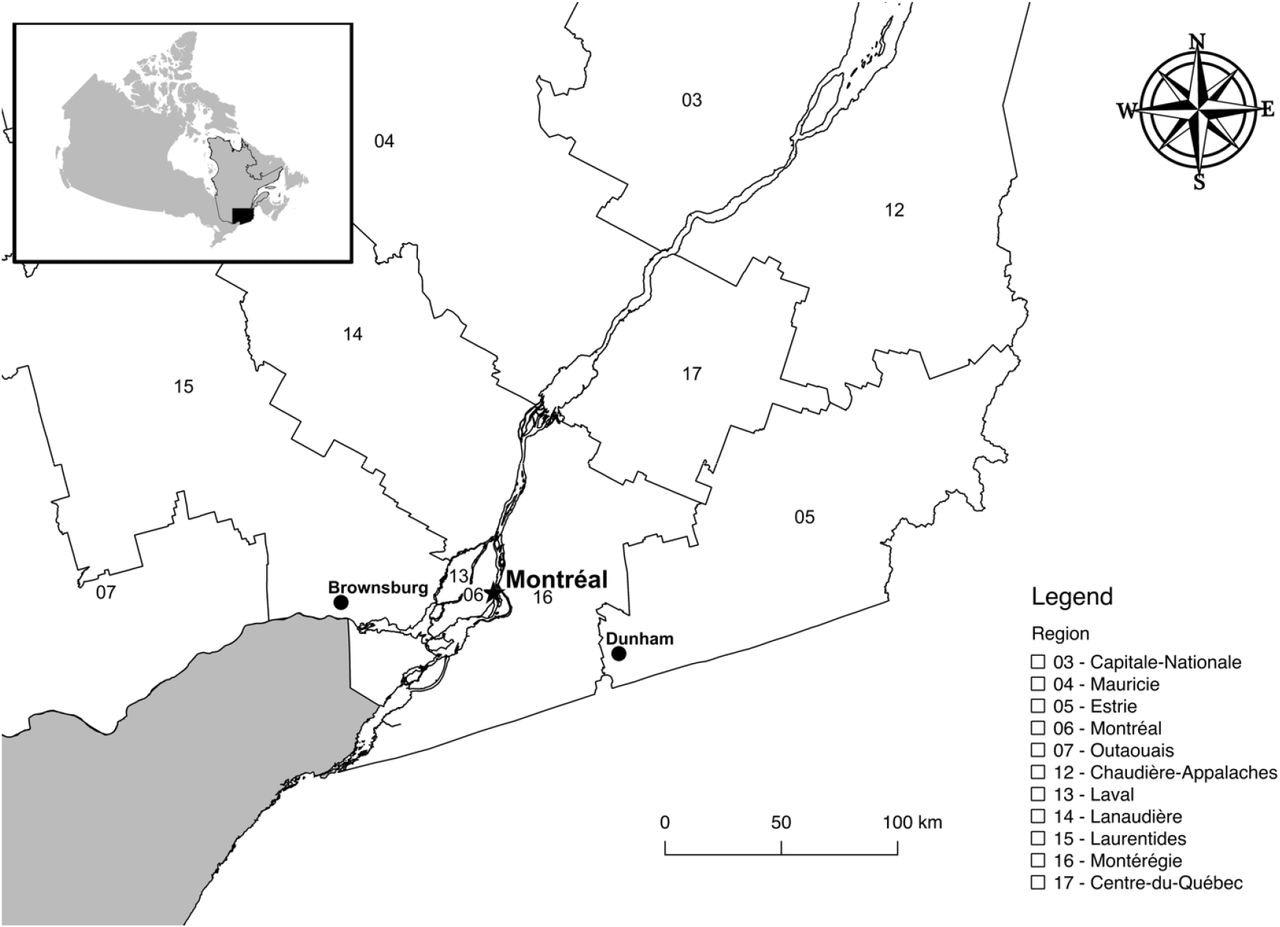 Map of southern Québec with the locations of confirmed SARS-CoV-2 PCR positive (red), serology positive (yellow), and PCR and serology negative (grey) white-tailed deer from November 6 – 8 2021. Infection and exposure data are superimposed on (A) a choropleth map of human population density (per km2) by regional county municipalities (thin grey boundaries) and (B) a heatmap of deer harvest density per 100km2 from 2020 as a proxy for deer population density. Administrative regions are indicated by black boundaries

Similarly, the seroprevalence is substantially lower than the 40% recorded for the northeastern United States and the 37% reported for Texas. This finding could indicate that the spread of SARS-CoV-2 to WTD in this part of Québec is very recent.

Whole SARS-CoV-2 genome sequences were found to possess two S gene variants – S:T22I and S:A27V – that differed from the deer and the most closely related AY.44 sequences from GISAID in the current study. This finding suggests that SARS-CoV-2 has been circulating in WTD for some time and that genetic markers could be valuable for tracking SARS-CoV-2 transmission and evolution in future studies of WTD and human genomes. However, it is unclear whether these improvements will have a broader impact on public health. 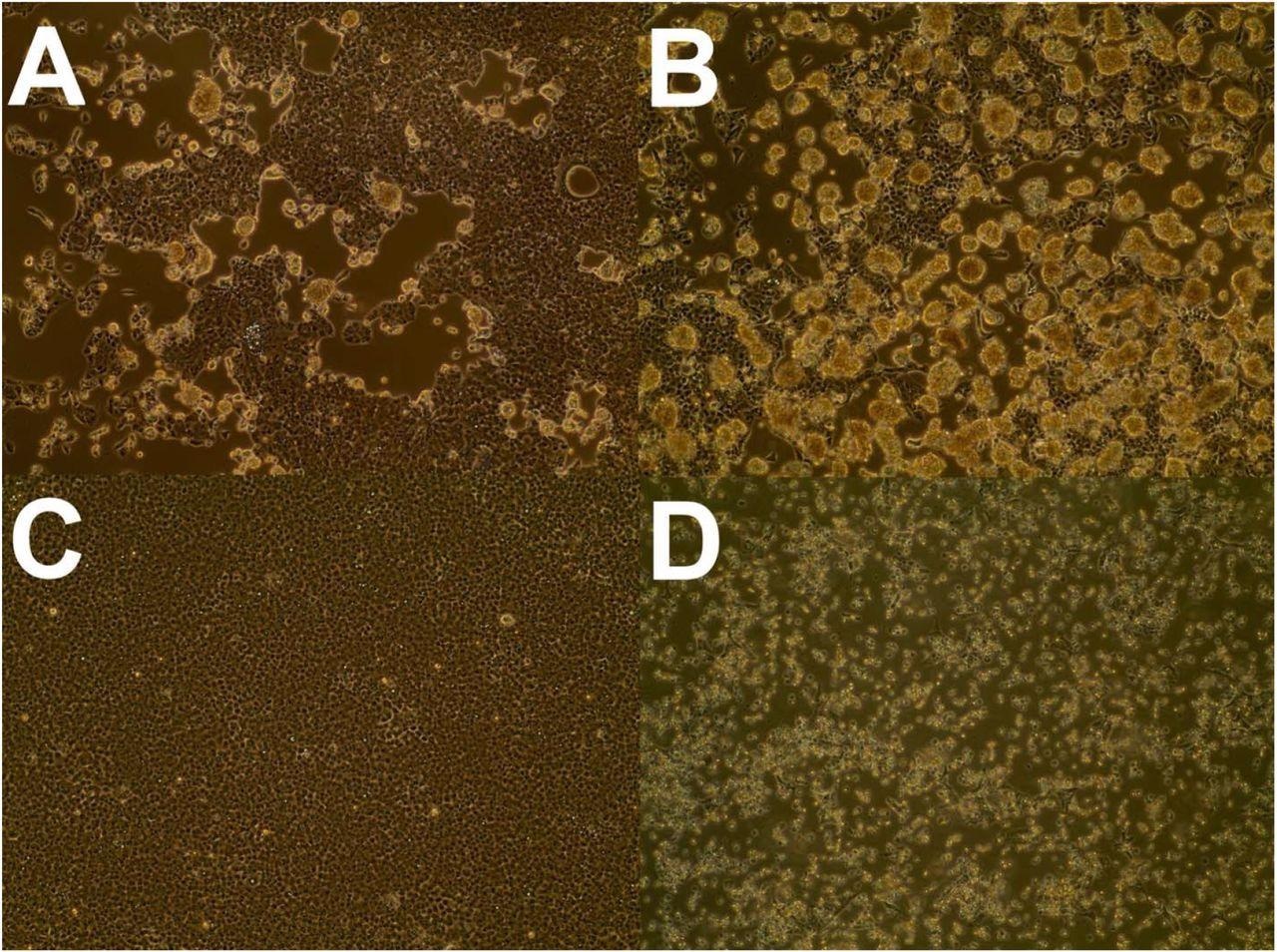 Observed cytopathic effect in VeroE6 cells inoculated with nasal swabs from SARS-CoV-2 positive white-tailed deer at 5 days post-infection (A-4055, B-4249) with a mock-inoculated negative control (C) and positive control inoculated with a nasopharyngeal clinical specimen from a COVID-19 patient (D). Magnification was 100x.

The researchers were able to isolate live SARS-CoV-2 from two of the three Canadian Food Inspection Agency (CFIA)-confirmed PCR-positive nasal swabs. According to prior research, productive viral replication is restricted to the upper respiratory tract, with infectious virus shedding in infected WTD’s nasal secretions. While there is no evidence of SARS-CoV-2 transmission from deer to humans at this time, these findings highlight the dangers of human contact with wild and captive WTD.

There are a few limitations to this study. First, while taking advantage of the usual WTD hunting season yielded a significant number of samples, the current study took place over a short period of time and covered a relatively small geographic area. Second, the samples used in this investigation had been harvested post-mortem. Although 98% of samples were collected within 48 hours of harvest, sample degradation likely happened during that time.

The study findings show a need for more WTD surveillance in Québec and across Canada. More research is needed to learn how the virus is transmitted from humans to deer, how efficiently and sustainably the virus is transmitted among deer in the wild, if WTD could serve as a reservoir for SARS-CoV-2 in Canada, how viral adaptations occur in WTD, and if and how frequently deer-to-human transmission occurs.

To ensure that a One Health strategy is applied to this urgent pandemic threat by guiding evidence-based decision-making for human and animal health, ongoing coordinated and cross-disciplinary efforts are necessary.

A large multinational group of researchers has shown how the Omicron variant of the severe acute respiratory syndrome coronavirus 2...

A team of scientists from the United States has recently defined the substrate envelop of the main protease of severe...