Every time a new variant of the severe acute respiratory syndrome coronavirus 2 (SARS-CoV-2) emerges, the question arises, “is it going to swap the previously circulating SARS-CoV-2 strain around the world and cause more severe disease?”

Researchers from Germany, in their recent study published in the journal Cellular & Molecular Immunology, have evaluated the mutations in the S protein of one such SARS-CoV-2 strain, a Delta sublineage AY.4.2, which is currently expanding in the UK, and have found that it neither contains any potential for increased cell entry nor antibody escape. The findings come as a relief to the public health authorities since they imply that the current prevention and treatment strategies against the parental Delta lineage would remain effective against the sublineage in question. 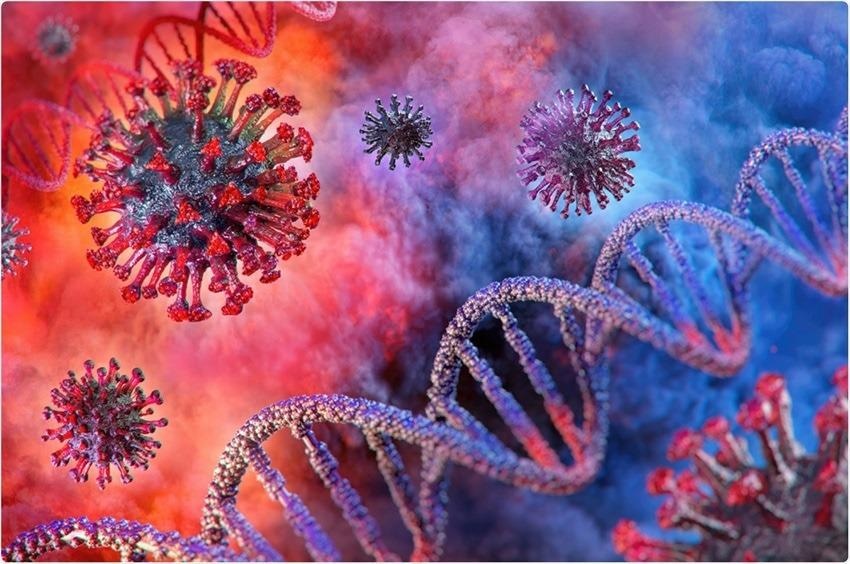 As a consequence of the high mutation rate of SARS-CoV-2, several variants have emerged since the beginning of the coronavirus disease 19 (COVID-19) pandemic. Mutations in the viral spike S protein are of particular importance as the S protein drives the host cell entry and acts as the neutralizing target for the protective antibodies. Therefore, the mutations in the S protein can modulate viral transmissibility and pathogen capacity.

To date, the World Health Organization (WHO) has classified five variants of concern, Alpha (B.1.1.7 lineage), Beta (B.1.351 lineage), Gamma (P.1 lineage), Delta (B.1.617.2 lineage), and Omicron (B.1.1.529 lineage). A lineage refers to a genetically closely related group of virus variants derived from a common ancestor. For example, the Delta variant B.1.617.2 lineage, until recently the dominant variant around the world, has certain factors attributable to its advantage, including efficient host cell entry and improved antibody escape potential.

Several sublineages, harboring additional mutations in the spike S protein, have branched off from the parental B.1.617.2 Delta lineage. The SARS-CoV-2 lineage AY.4.2, representing a sublineage of the Delta variant parental lineage B.1.617.2, is currently behind 2.1–19.4% of new cases in the UK. However, no information is available regarding its disease-causing and antibody-neutralization ability compared to the parental virus lineage.

The mutations present in the S protein of the SARS-CoV-2 lineage AY.4.2 were analyzed.

Using a pseudotype virus approach, the team compared the ability of AY.4.2 and B.1.617.2 S protein to drive entry into target cells. Another lineage, B.1 that circulated in the pandemic’s early phase was also included in the comparison.

Further, the team evaluated the neutralization efficiency of five clinical therapeutic antibodies against the ribosomal binding domain (RBD) of AY.4.2 S protein compared to that of B.1.617.2 and B.1 lineages. 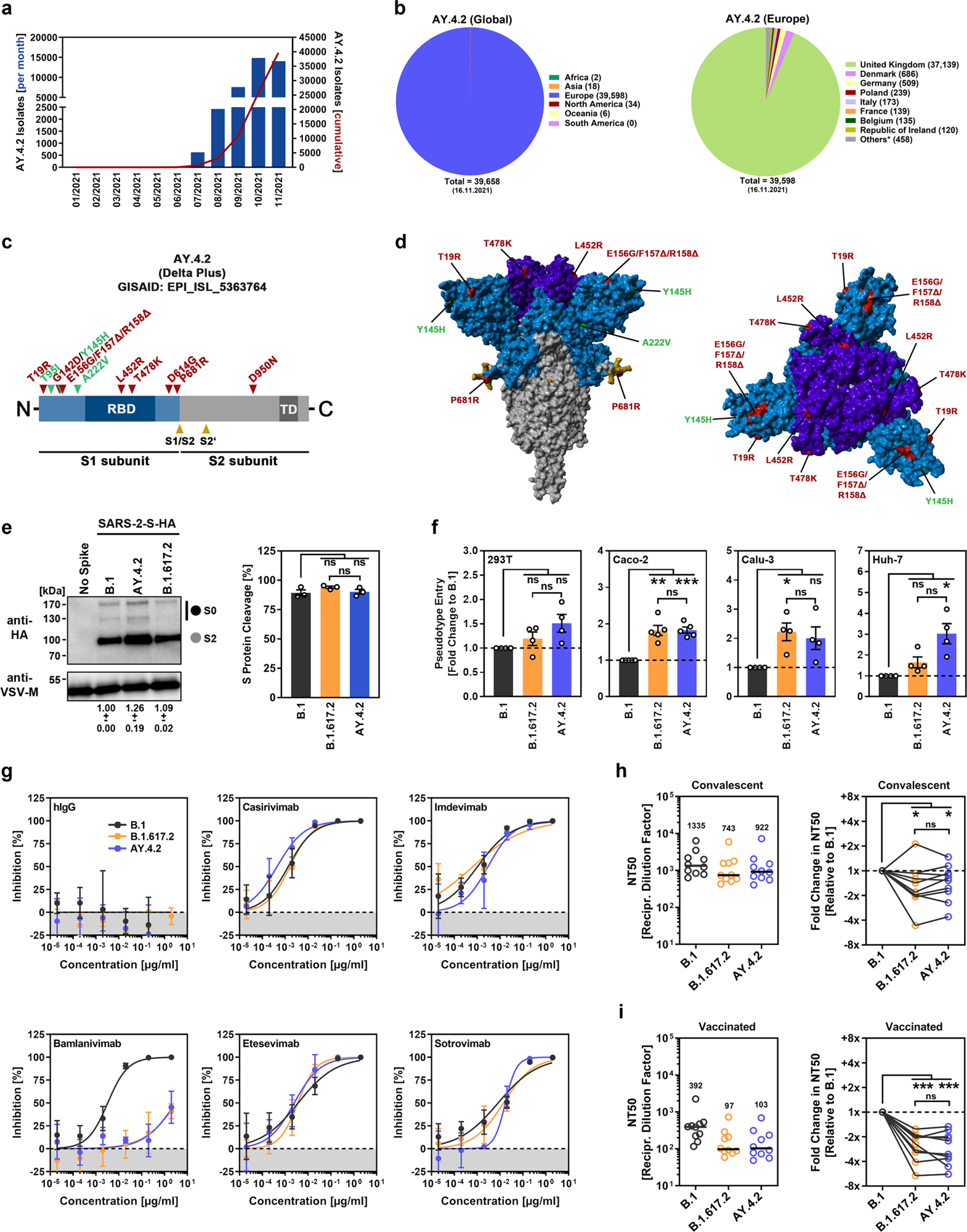 Initial mutational analysis revealed that the S protein of AY.4.2 encompassed characteristic amino acid mutations (L452R and T478K) of B.1.617.2 in RBD that have been shown to reduce the efficacy of therapeutic antibodies and, along with other mutations found in an antigenic supersite within the N-terminal domain (G142D, E156D, F157Δ, R158Δ), may bestow the virus with an escape mechanism from neutralization by self-antibodies, induced upon infection or vaccination.

Regarding the therapeutic antibodies, four antibodies-Casirivimab, Etesevimab, Imdevimab, and Sotrovimab-were found to efficiently neutralize the S proteins of B.1, B.1.617.2, and AY.4.2. The antibody Bamlanivimab remained mostly ineffective against both B.1.617.2 and AY.4.2. The team speculates that it could be due to the presence of L452R mutation in both S proteins.

The recent emergence of the severe acute respiratory syndrome coronavirus 2 (SARS-CoV-2) Omicron variant of concern (VOC) has led to...

A large multinational group of researchers has shown how the Omicron variant of the severe acute respiratory syndrome coronavirus 2...

A team of scientists from the United States has recently demonstrated that current coronavirus disease 2019 (COVID-19) vaccines induce robust...