There has been evidence from past pandemics about co-circulating pathogens that may play a role in understanding the epidemiology of coronavirus disease 2019 (COVID-19), caused by the novel severe acute respiratory syndrome coronavirus 2 (SARS-CoV-2). 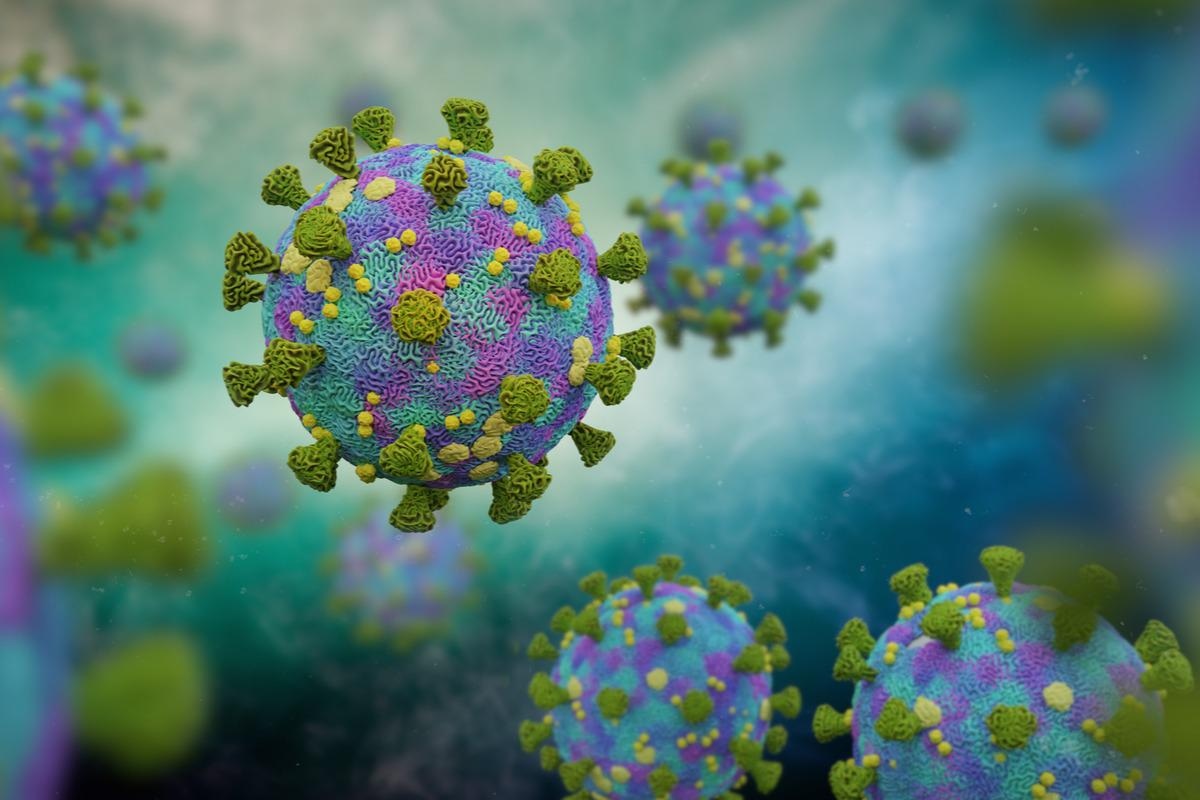 Study: Estimating the impact of influenza on the epidemiological dynamics of SARS-CoV-2. Image Credit: Dotted Yeti/Shutterstock

Scientific evidence in the past has supported theories supporting the increased spread of the influenza virus due to co-infection with other respiratory viruses during the 1918 influenza pandemic that resulted in multiple waves of the pandemic. Interestingly, as per recent evidence, a respiratory viral co-infection (particularly with influenza viruses) can up-regulate the expression of angiotensin-converting enzyme 2 (ACE2), the key receptor used by SARS-CoV-2 to bind to human cells, replicate and cause infection in the respiratory epithelium and later cause severe damage to the lungs in certain cases. Furthermore, this up-regulation was demonstrated experimentally to increase the infectivity of SARS-CoV-2 in laboratory mice co-infected with the influenza A virus.

Researchers wanted to test the co-infection and induced infectivity hypothesis that has been unexplored territory to date. Their study to test and verify the co-infection hypothesis was published recently in the journal PeerJ. They developed a semi-mechanistic, population-based model of SARS-CoV-2 transmission and COVID-19 mortality. They considered the population of four European countries, Belgium, Italy, Norway, and Spain. They used likelihood-based statistical inference methods, using mortality incidence data to study the co-infection dynamics of COVID-19 and influenza.

Researchers collected infection data for the influenza virus based on the weekly numbers of samples tested and those who tested positive for any influenza virus from the FluNet database, compiled by the World Health Organization (WHO). They also collected syndromic data on the weekly incidence rate of influenza-like illnesses (ILI) in parallel from the FluID database, also compiled by the WHO.

On the other hand, data on the daily number of deaths caused by SARS-CoV-2 were inferred from the date of death, which was available from national public health public institutes in Belgium, Italy, and Spain (Instituto de Salud Carlos III). In Norway, the mortality data were available from the worldwide database compiled by the European Center for Disease Control and Prevention (CDC).

The researchers formulated a semi-mechanistic variant of the standard Susceptible–Exposed–Infected–Recovered transmission model, using the method of stages to allow for realistic distributions of the latent, infectious, and onset-to-death periods from the data collected. Researchers used multiple statistical inference methods based on iterated filtering to fit with mortality incidence data in the four countries to systematically test a range of assumptions about the impact of influenza.

The results indicated that, during the co-circulation period, influenza was associated with an average 1.8–3.4-fold (uncertainty range across countries: 1.1 to 5.0) population-level increase in SARS-CoV-2 transmission.

As per data from previous studies, researchers found robust and consistent evidence that non-pharmacological control measures markedly reduced the transmission of SARS-CoV-2. They also found consistent evidence suggesting that co-circulation of influenza transiently facilitated the transmission of SARS-CoV-2 in the early phase of the epidemic in Europe.

In the light of recent discoveries regarding the structural modifications of the SARS-COV-2 and its impact on COVID-19, it is likely that the pandemic may soon be converting into an endemic. In such a scenario, the potential interactions of SARS-CoV-2 with other respiratory pathogens, particularly respiratory viruses, may become another rising concern for public health authorities. In this context, this study adds useful insight into the co-infection dynamics of the two respiratory viruses – influenza and COVID-19, consistent with several experimental and epidemiological evidence lines.

In a pre-print study posted to Research Square* and currently under review at Scientific Reports, researchers classified and grouped severe acute...

There are many documented cases of pathogens from animals jumping species resulting in a disease that affects humans. One of...

In a recent study posted to the medRxiv* preprint server, researchers determined the immunological landscape of England throughout the severe acute...

In a recent study posted to the bioRxiv* preprint server, researchers demonstrated that decorating the capsid surface of adenovirus (Ad)...

In a recent study posted to the bioRxiv* pre-print server, researchers studied the effects of severe acute respiratory syndrome coronavirus...