The coronavirus disease 2019 (COVID-19) causes a wide variety of symptoms in infected individuals, the most common of which present very similar to mild flu. However, some COVID-19 patients have been observed to suffer from fatigue, inflammatory and immune dysfunction, total organ failure and even more obscure symptoms such as anosmia.

There have been increasing reports on ‘long COVID,’ which occurs when previously convalescent individuals exhibit long-term effects of COVID-19 for a significant period of time after the infection has been resolved. The most common symptoms associated with long COVID include fatigue and anosmia; however, several reports have also found that exercise is significantly more difficult for individuals with long COVID. 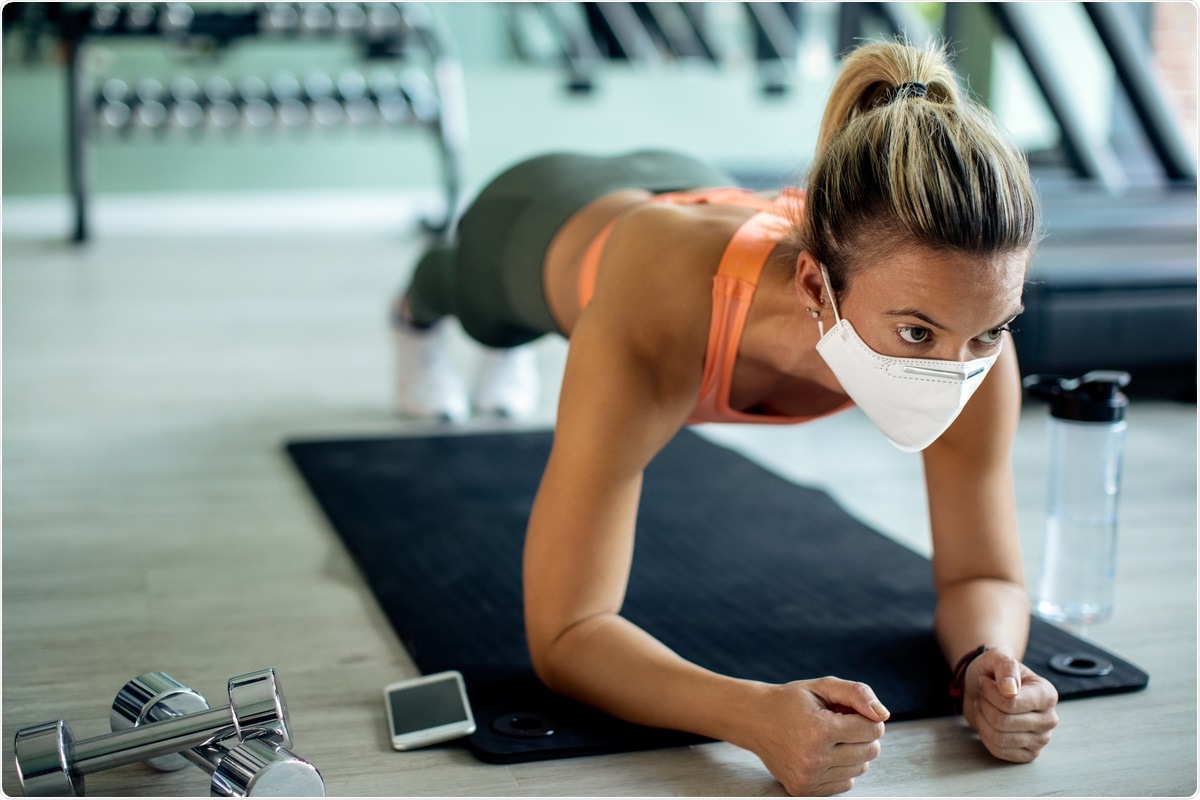 In a recent Journal of Clinical Medicine study, researchers investigate whether this decline in exercise capabilities is due to deconditioning during infection or long-term reductions in fitness due to the disease.

The current study recruited convalescent COVID-19 patients over 18 years of age and had severe or critical COVID-19 with a diagnosis confirmed by reverse-transcriptase polymerase chain reaction (RT-PCR), computed tomography (CT) evidence of pulmonary damage, and were healthy enough to begin rehabilitation. Screening for study inclusion began two months after the first negative test.

Participants were asked to abstain from food, tobacco, and caffeine for 12 hours before an exam, during which they were asked to hold their arm in the air after ten minutes of rest with a pressure cuff on the forearm. Brachial artery diameter (BAD) and blood flow velocity were monitored before, during, and after the cuff was inflated.

When examining the data, the student’s t-test was used to analyze normal quantitative variables, whereas Mann-Whitney U tests for non-normal variables. Pearson’s chi-squared test with continuity correction was used to compare dichotomous variables, and either Pearson or Spearman correlation coefficients were used to examine relationships between continuous variables.

Out of 112 screened patients, 57 were ineligible for inclusion. Another four dropped out, and 15 were either unable to complete testing or measurement as unsuccessful.

The final study population consisted of 36 individuals, about 90% of whom were male with a mean age of 54.5 years. A respiratory exchange ratio of 1.05 was found, while mean peak oxygen uptake (VO2) was 16.6 mL/min/kg, with a ventilation/carbon dioxide production (VE/VCO2) slope of 35.5 and end-tital carbon dioxide tension (PETCO2) at a peak of 32.3 mmHg.

Eight patients exhibited a VO2 peak above 20mL/kg/min, each of whom was not significantly different in any measured way, including echocardiographic and laboratory parameters to those who showed lower exercise capacity.

Patients with a peak VO2 value below this threshold did show lower lung volumes, as well as lower residual volume and total capacity. These individuals had a significantly lower VO2 at their anaerobic threshold and lower peak pulmonary ventilation.

This likely indicates that they had increased deconditioning, especially as lower levels of total performance were reached with more circulatory limitations. The patients who showed reduced exercise capacity also typically showed signs of reduced ventilation-perfusion efficiency.

Convalescent COVID-19 patients who did not exhibit a reduced exercise capacity also displayed a significantly higher flow-mediated dilation (FMD), which is one of the most accepted procedures for evaluating the endothelial function, than those who did. This result was confirmed using multivariate analysis adjusting for gender, age, body mass index, hypertension, dyslipidemia, diabetes, and smoking habit; however, the researchers found no significant difference in BAD or reactive hyperemia.

FMD values showed a significant Pearson’s correlation with VE/VCO2 slope and PETCO2 at peak amongst all study participants; however, no correlation with the other variables was observed. Multiple linear regressions adjusting for the same aforementioned variables revealed that FMD was the only independent predictor of both VE/VCO2 slope and PETCO2. Fifteen patients with ventilatory class III-IV exhibited significantly lower FMD values than those with a ventilatory class I-II.

The current study is the first of its kind to investigate links between endothelial function and exercise performance in patients who have suffered from severe COVID-19.

To this end, the researchers successfully demonstrated that patients who recover from COVID-19 can continue to show significant limitations on exercise performance. Furthermore, the researchers reveal that this reduction in physical capability is due to deconditioning from muscle atrophy at rest and reduced ventilation-perfusion efficiency.

The analyses performed in this study suggest that COVID-19 could alter the endothelial barrier in some patients, thus leading to a reduction of CPET performance. These investigations could help healthcare workers and athletes recovering from COVID-19 better understand the long-term effects of the disease.

The Omicron variant of the severe acute respiratory syndrome coronavirus 2 (SARS-CoV-2) has shown itself to be a very...

The United States Food and Drug Administration (FDA) has authorized three vaccines against coronavirus disease 2019 (COVID-19), all of which...

In a recent study posted to the bioRxiv* preprint server, researchers studied the kinetics of host response to severe acute...

Despite only a few human-to-animal transmissions of severe acute respiratory syndrome coronavirus 2 (SARS‑CoV‑2) that were initially reported, several animal...

In a recent study posted to the medRxiv* preprint server, a team of researchers conducted a cost-effectiveness analysis of government-funded coronavirus...

In a recent study posted to the medRxiv* preprint server, researchers determined the nature and dynamics of mutations associated with...

Researchers discover mechanism behind SARS-CoV-2 entry into the brain