The severe acute respiratory syndrome coronavirus 2 (SARS-CoV-2) Omicron variant (B.1.1.529) has been shown to cause milder symptoms of the coronavirus disease 2019 (COVID-19) when compared to previous SARS-CoV-2 variants.

A new study published in the bioRxiv* preprint server discusses why Omicron variant infections cause mild disease and several promising therapeutic candidates that have been proposed for the treatment of patients infected with the Omicron variant. 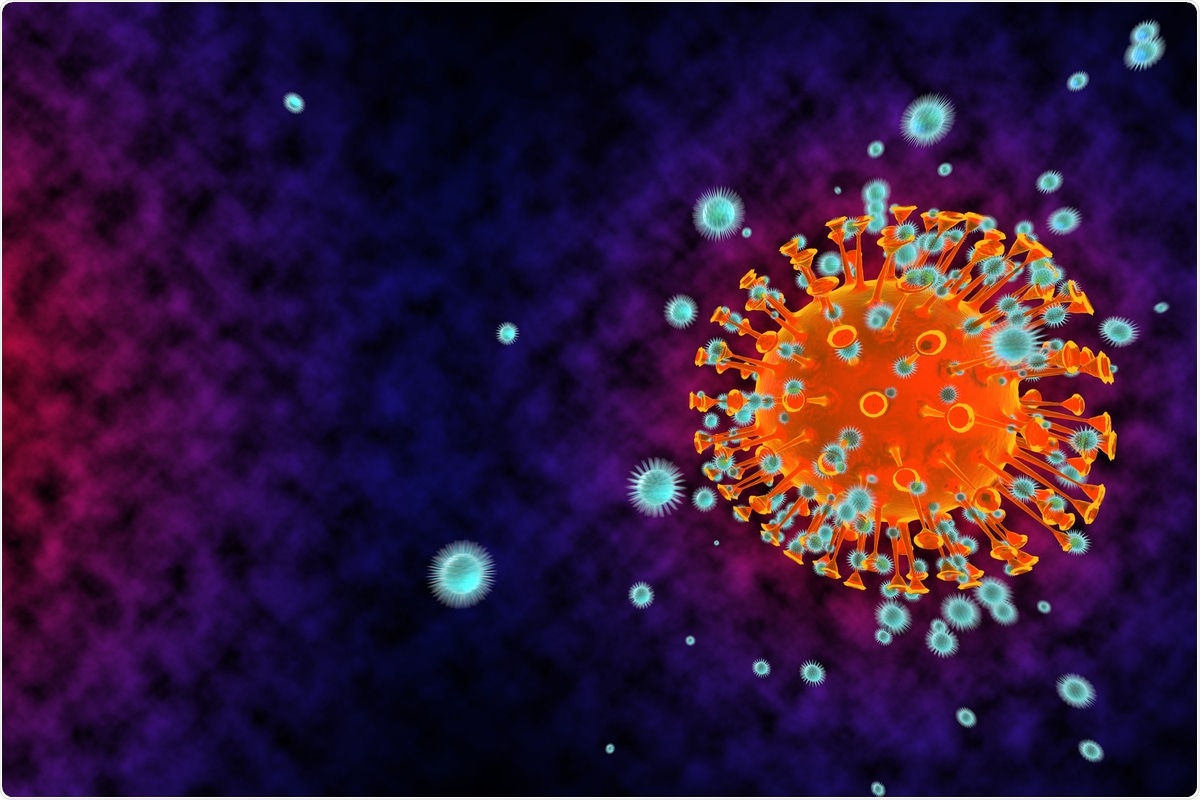 One of the ways in which the human body combats viral infections is through an interferon (IFN) response. IFNs create conditions that restrict viral replication and target the viral antigens to be neutralized by antibodies.

During SARS-CoV-2 infection, the host generates an IFN response. The SARS-CoV-2 Delta variant effectively inhibits the host cell IFN response; however, the Omicron variant is less effective in inhibiting this immune response.

In the current study, a SARS-CoV-2 Delta isolate and two Omicron isolates of Omicron 1 and Omicron 2 were used. The intestinal cell line of Caco-2 and the lung cell line of Calu-3 were infected with the SARS-CoV-2 isolates.

A549 lung cells expressing the angiotensin-converting enzyme (ACE2) receptor and transmembrane serine protease 2 (TMPRSS2) were also used due to their ability to be infected by SARS-CoV-2. To this end, A549 cells were infected with Delta, Omicron 1, and Omicron 2 variants. The number of infected cells was determined by immunofluorescence staining.

The infection experiments were repeated with cells in which melanoma differentiation-associated protein 5 (MDA5) and retinoic acid-inducible gene I (RIG-I) were knocked out. MDA5 and RIG-I are the pattern recognition receptors that mediate the host cell IFN response in virus-infected cells. Without these receptors, the cells will not be able to generate an IFN response after viral infection.

The production of IFN α/β was measured using HEK-Blue IFNα/β reporter cells. To evaluate the antiviral effect of IFNs, the dose-response curves of IFNα, IFNβ, and IFNγ were estimated in Caco-2 and Calu-3 cells.

All IFNs were added to the cells, which were then infected with the SARS-CoV-2 variants. The inhibition rate was evaluated 24 hours (Caco-2) or 48 hours (Calu-3) post-infection by staining the spike protein. The antiviral effect of IFNβ was also tested in combination with nirmatrelvir, which is the antiviral agent in paxlovid, and remdesivir in Caco-2 cells.

Similarly, in A549 cells, the Omicron variants had lower infection capacities as compared to the Delta isolte. This difference in infection capacity disappeared to a large extent when MDA5 and RIG-I were depleted.

In the absence of MDA5 and RIG-I, Omicron variants replicated as well as the Delta variant. Taken together, these experiments demonstrate that the Omicron variants have lower infection capacity because they are inhibited by the host cell IFN response.

The Omicron isolates were sensitive to IFN treatment. Further, IFNβ, in combination with nirmatrelvir and remdesivir, showed enhanced antiviral effects.

Until now, there are mixed reports on the outcomes in COVID-19 patients treated with different IFNs. The current study presents IFNs as a promising option for the treatment of patients infected with the Omicron variant.

The distinctive smell of a flower.. the unmistakable aroma of coffee… the dangers linked with inhaling smoke fumes. Sensory systems...

Ulcerative colitis, a subtype of inflammatory bowel disease, is a chronic ailment of the colon affecting nearly one million individuals...