The most recent of these variants of concern (VOCs) to be detected is the Omicron B.1.1.529 variant, which comprises the most mutations to date. 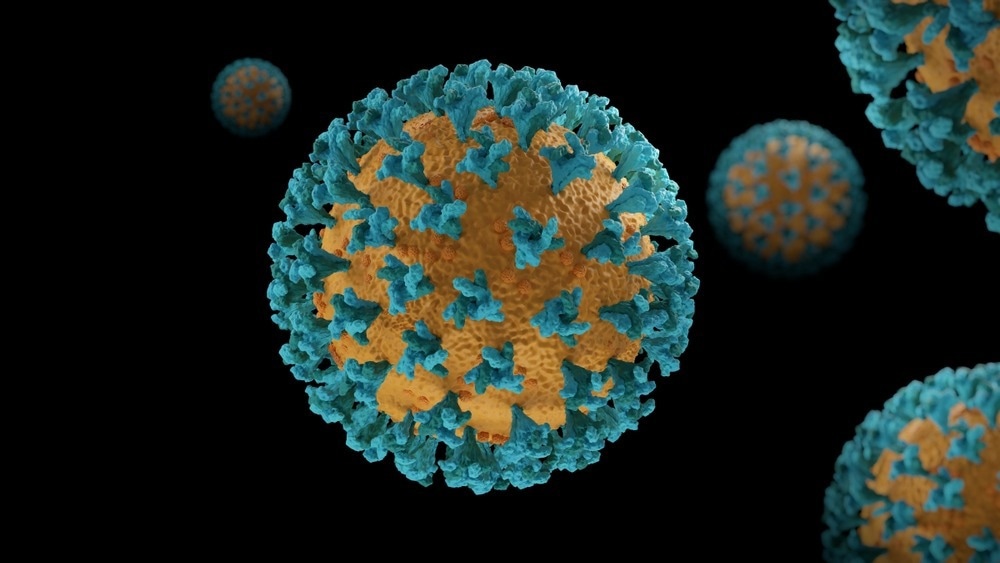 A new research paper published in the journal Cell Reports explores the functional relevance of some of these mutations in their ability to escape neutralizing antibody responses. More specifically, the researchers examined the ability of Omicron mutations to alter the immune antibody response in naïve individuals.

Omicron has 11 mutations at its receptor binding site (RBS), which is responsible for most serologic responses. Such mutations preserve the ability of the virus to bind to the host angiotensin-converting enzyme 2 (ACE2) receptor while evading neutralizing antibodies that are present after natural infection or vaccination.

ACE2 binding is associated with some Omicron mutations, namely S477N, E484K, N501Y, and Q498R. Conversely, immune evasion is linked to K417N, E484A, and Q498R mutations. The impact of these mutations is relative to the wild-type serologic response.

B-cell antigenicity describes the degree of antigen binding to antibodies from B-cells that have undergone affinity maturation. Affinity maturation depends on the occurrence of somatic hypermutations that increase the specificity of recognition and affinity of a given antigen for the antibody in question.

Antibodies often bind to conformational epitopes formed by residues brought together by protein conformation, despite occurring far apart along the protein sequence. Therefore, it is challenging to predict epitopes from the sequence alone or produce a complete map of antibody epitopes.

The researchers used their new modeling platform, ScanNet, based on geometric deep learning, to predict B-cell and protein-protein binding sites using either the experimental or computational structure. In addition, ScanNet provides a residue-wise probability score for each epitope called the antigenicity profile.

The accuracy of ScanNet predictions appears to be higher than many other currently used techniques. An important example is a good match between the antigenicity profile ScanNet created for the SARS-CoV-2 wild-type spike receptor binding domain (RBD) and the experimentally derived antibody hit rate based on the spike-antibody complex structure. Thus, this platform is capable of predicting epitope distribution over the antigens.

ScanNet predicted that Omicron would be associated with decreased RBS antigenicity, whereas Alpha, Beta, and Delta VOCs have a moderate increase compared to the wild-type strain of SARS-CoV-2. The locations of reduced antigenicity in the Omicron VOC were identified. Moreover, the scientists found that the change in antigenicity was most significant in the most frequently targeted antigens.

Compared with the 26% reduction in antigenicity shown by all point mutants, the downward trend shown by Omicron appears to be due to evolutionary pressure, with similarly acting mutations displaying reciprocal reinforcement.

This was followed by a mouse experiment using wild-type and VOC RBDs. After inoculation with any of these RBDs, restimulation produced comparable and robust T-cell responses in mice, irrespective of the original stimulation. This indicates a strong type 1 T helper cell (Th1) response accompanied by a robust Th17 response due to the mucosal route of immunization.

The cytokine interleukin 17 (IL-17) was found at comparable levels in all mice, which suggests its origin from CD4 T-cells that react to specific antigens. In contrast, gamma interferon (IFN γ) levels produced by innate immune cells after non-specific viral stimulation were high.

After boosting mice against various VOC RBDs, antibody titers were much lower in Omicron-immunized animals and 15-fold lower than with the wild type or any other VOC RBD. This finding aligned with the earlier predicted Omicron RBD’s antigenicity loss associated with its mutational profile.

While most antibodies target the RBS, which shows extreme variability among VOCs, the other antibodies bind to conserved epitopes. Antibody titers in serum samples from wild-type-immunized mice were comparably high against Alpha and Delta VOCs but less against Beta. The most significant reduction was against Omicron.

This agrees with clinical findings in humans, thus validating the utility of the mouse model.

Omicron-immunized sera had only 6% neutralizing activity against the wild-type RBD compared to wild-type sera against the Omicron RBD. This indicates a conserved spread of antigenic epitopes, with the immune evasion primarily due to the RBS and other conserved epitopes.

Beta-immunized sera had 50% less activity against the Omicron RBD than a 70% loss of activity against the wild-type RBD, with comparable antibody titers in both sets of samples. This indicates that the three shared residues between Beta and Omicron are not responsible for the reduction in antigenicity.

Reduced antigenicity of the common cold coronavirus hCoV229E was observed over time and found to be traceable to RBS mutations, following which there is a pattern of up-and-down fluctuations.

This could indicate a phase of adaptation to host antibodies followed by further adaptation through mutations in the immunodominant regions to escape neutralizing antibodies induced by earlier infections. This may predict the course of SARS-CoV-2 in the future.

Our study is consistent with both the preclinical vaccine trials and clinical convalescent data and provides critical insights into the underlying mechanism of the attenuated host serologic response against Omicron.”

The researchers suggest an immune concealing mechanism, rather than an immune escape strategy, with Omicron, which is traceable to a novel mechanism of improved viral fitness. This could explain the rapid and persistent dominance of Omicron over Delta. It also agrees with the observations that wild-type sera are more effective against Omicron than Omicron sera from unvaccinated people.

Omicron sera fail to neutralize any other VOC. The immune concealing mode of immune evasion is by a marked fall in RBS antigenicity, which may lead to poor affinity maturation and slower antibody response.

Future work may include analyzing T-cell and Fc effector mechanisms of immunity against Omicron. Nevertheless, the current study provides a greater understanding of how SARS-CoV-2 may evolve in the future and the challenges associated with producing an effective vaccine against this variant.

We have recently witnessed the stunning images of distant galaxies revealed by the James Webb telescope, which were previously visible...

Researchers at Michigan State University have shown that locusts can not only "smell" the difference between cancer cells and healthy...

Using UT Southwestern's Cryo-Electron Microscopy Facility, researchers for the first time have captured images of an autoantibody bound to a...

In their recent publication in Cell Reports, a team of scientists, led by Xiling Shen, Ph.D., Chief Scientific Officer at...

Oxygen is vital for life, and clinicians can provide supplemental oxygen to patients through face masks and nasal tubes, but...

Japanese collaborative research teams have discovered new mechanisms of action by extracellular vesicles (EV) for the development and malignant progression...