The global coronavirus 2019 (COVID-19) pandemic has affected nearly every country in the world, as over 6.1 million deaths have been reported due to COVID-19. The development and mass administration of vaccines have allowed many developed nations to begin recovering from the current pandemic; however, developing nations have yet to receive sufficient vaccine doses to boost the immunity of their own citizens.

Newly emerging variants of the causative severe acute respiratory syndrome coronavirus 2 (SARS-CoV-2) also continue to show the ability to evade both vaccine-induced and natural immunity, thus highlighting the need for further research into vaccines and immunity. In a recent study published on the preprint server bioRxiv*, researchers report the results for a new SARS-CoV-2 vaccine currently in Phase III clinical trial known as I53-50. 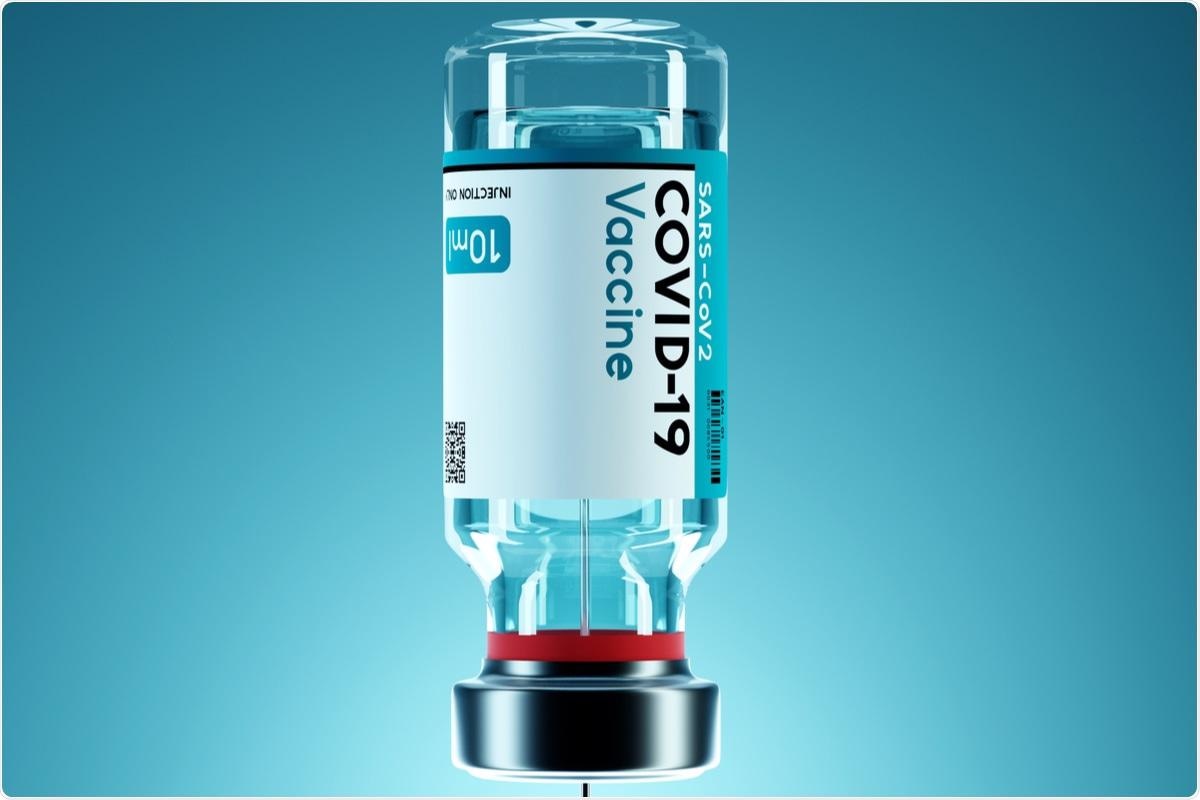 Four groups of male Rhesus macaques were used for the current study. In the first group, five macaques received immunization against RBD-Wu-AS03 at days 0 and 21, followed by a booster dose about six months later.

The final group consisted of unvaccinated controls. All animals were challenged with 2×106 units of the SARS-CoV-2 Omicron variant. The first group was challenged six weeks after the final dose, while the other two groups were tested about six months after the final booster.

Vaccination with RBD-Wu-AS03 successfully elicited binding IgG titers against the spike protein of the SARS-CoV-2 wild-type, Omicron, and Beta strains by day 21. These titers increased by ten-fold after the second immunization but were reduced to pre-booster levels by six months.

The booster dose further improved humoral immune response, as evident by an increase in titers by 2.5- and four-fold against the wild-type and Omicron variants, respectively. Neutralizing antibody (nAb) responses were detected against the ancestral strain after the first dose, which increased by about 20-fold following the second dose. 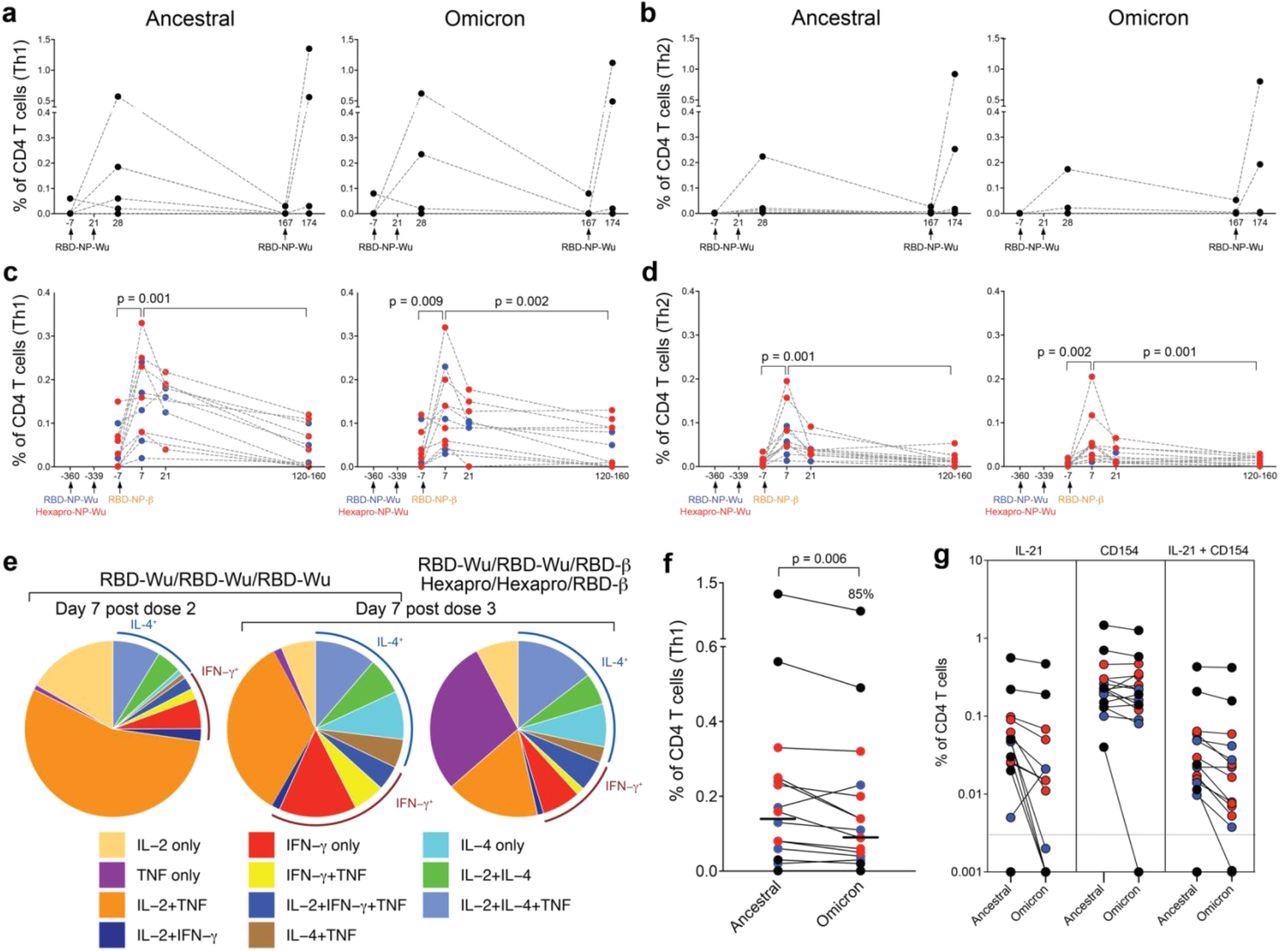 Notably, this immune response was not observed against the Omicron strain, as only a weak nAb response was detected. Following the booster dose, the response against both Omicron and the ancestral strain increased significantly.

In groups two and three, the booster dose of RBD-Beta elicited similar IgG responses to those seen in group one. This was a significant improvement, given the typical reduction in immune response over time. Neutralization activity was also still detectable prior to the booster and subsequently increased to significant levels following the final immunization.

As many previous studies have observed, antibody titers were significantly lower against the Omicron variant compared to the ancestral SARS-CoV-2 strain. Using a power-law decay model assuming decay rates decrease over time, the estimated half-life of binding IgG antibodies was shown to be very similar between different groups.

Similar responses were seen in groups two and three. These responses had decreased significantly five months post-booster but remained detectable.

Spike-specific B-cells were assessed using flow cytometry analysis of PBMCs with fluorescently-tagged spike protein of the different variants. To this end, a robust response was observed 21 days after the second vaccination with RBD-Wu-AS03. The third dose increased the frequency of spike-specific B cells by about ten-fold; however, the frequency decreased gradually and reached pre-immunization levels around six months.

The novel vaccine described in the current study offers effective protection against SARS-CoV-2, as it induced high levels of both humoral and cellular immune responses. Additionally, this vaccine was found to confer protection against the Omicron variant six weeks following the final booster. The current findings also demonstrate the durability of the induced immune response, especially with regards to neutralizing antibody titers.

As worries continue to be raised regarding the rapid waning of immunity provided by currently approved COVID-19 vaccines, the vaccine described here could be more effective in providing long-term immunity against COVID-19.

bioRxiv publishes preliminary scientific reports that are not peer-reviewed and, therefore, should not be regarded as conclusive, guide clinical practice/health-related behavior, or treated as established information

In a recent study posted on Preprints with The Lancet*, researchers assessed the prevalence of severe acute respiratory syndrome coronavirus 2...

A recent article posted to the medRxiv* preprint server analyzed the antibody (Ab) that mediated the coronavirus disease 2019 (COVID-19) vaccine-induced...

In a recent study posted to the medRxiv* preprint server, researchers conducted a controlled, double-blinded Phase III trial to evaluate...

A team of international scientists have recently estimated the risk and prevalence of acute respiratory distress syndrome (ARDS) in hospitalized young...

A novel coronavirus emerged at the end of 2019 and was first reported in Wuhan province, China. This outbreak rapidly...