In this interview, Dr. Oscar Millet, group leader of the Precision Medicine and Metabolism group of the CIC bioGUNE, talked to News Medical about his research into the use of nuclear magnetic resonance spectroscopy (NMR) metabolomic analysis as a clinical screening tool. His team has used NMR to screen urine samples form new-borns for congenital metabolic disorders.

What is metabolomics and how can it be used as a screening tool?

Metabolomics is a systematic study of all the metabolites in a cellular tissue or bio-fluid. It is suspected that more than 30,000 metabolites are present in the human cell and some of them can be detected using NMR spectroscopy.

These metabolites are the substrates and products of the various biochemical pathways that take place in the body. If one of these pathways is not functioning properly, for example, because an enzyme is not working effectively, certain metabolites will accumulate. Consequently, the quantification of the metabolites present in a sample can highlight if a metabolic pathway is working efficiently. A comparison of the concentrations of metabolites makes it possible to discriminate between healthy and diseased states. 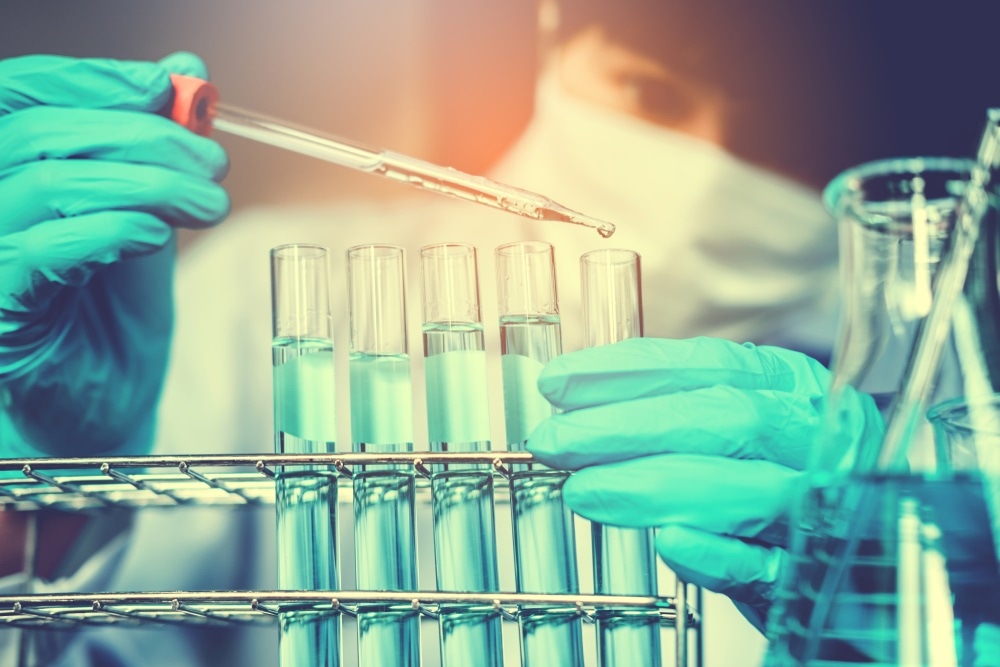 Why did you specifically choose NMR as the analytical tool for your research?

Several analytical techniques can be applied for metabolomic study. The pioneer technique was mass spectrometry, which can measure a lot of metabolites but has limitations in terms of their quantification. NMR, although not as sensitive as mass spectroscopy, allows absolute quantification of the metabolites present and offers many additional advantages that make it a preferred technology for metabolomic assessments.

NMR spectroscopy is a non-destructive technique that can be applied to intact tissues as well as biofluids. Minimal sample preparation is required, and automated analysis can be readily conducted allowing results to be obtained rapidly; the entire process can be completed within 45 minutes. Importantly, the data obtained are highly reproducible when the standard operating procedures are followed correctly.

In order to ensure we obtain good results, the laboratory at CIC bioGUNE has two different Bruker Avance IVDr spectrometers completely devoted to the metabolomic analysis of samples: one for serum samples and one for urine samples. Each of the spectrometers is equipped with a cooled sample changer SampleJet and also a  automated robot SampleProTube to prepare the samples. There is also a suite of programs devoted to metabolomics that we use for statistical analysis.

Why is new-born screening so important?

It is currently believed that approximately between one in 800 and one in 2,500 neonates will be affected by a congenital metabolic disorder. There is a whole group of disorders that result from inefficiency in one of the key enzymes, which subsequently disrupts the functioning of the corresponding metabolic pathway. These disorders will be apparent at a metabolic level very quickly and will present clinically within hours, days, or months. Such diseases can be readily treated once diagnosed.

The most important thing is that those metabolopathies must be detected in order to be treated. Treatment will often mean some dietary restriction is required, but undetected and untreated these metabolic disorders may lead to irreversible organ failure or severe symptomatology or even the death of the new-born.

Although the metabolic changes are easy to detect, screening for them is expensive because currently approved techniques require an independent detection for each metabolopathy. Different countries, and different regions within countries, will routinely only screen for a limited number of those diseases. For instance, within the Spanish national health system, some regions will test for 23 metabolic disorders in new-borns whereas others will only screen for two of them. Disease prevalence and the potential economic burden are therefore often limiting factors for routine screening.

Metabolomic analysis of the urine from babies using NMR spectroscopy has the potential to identify an extended panel of diseases in a robust, efficient, and economically viable manner. 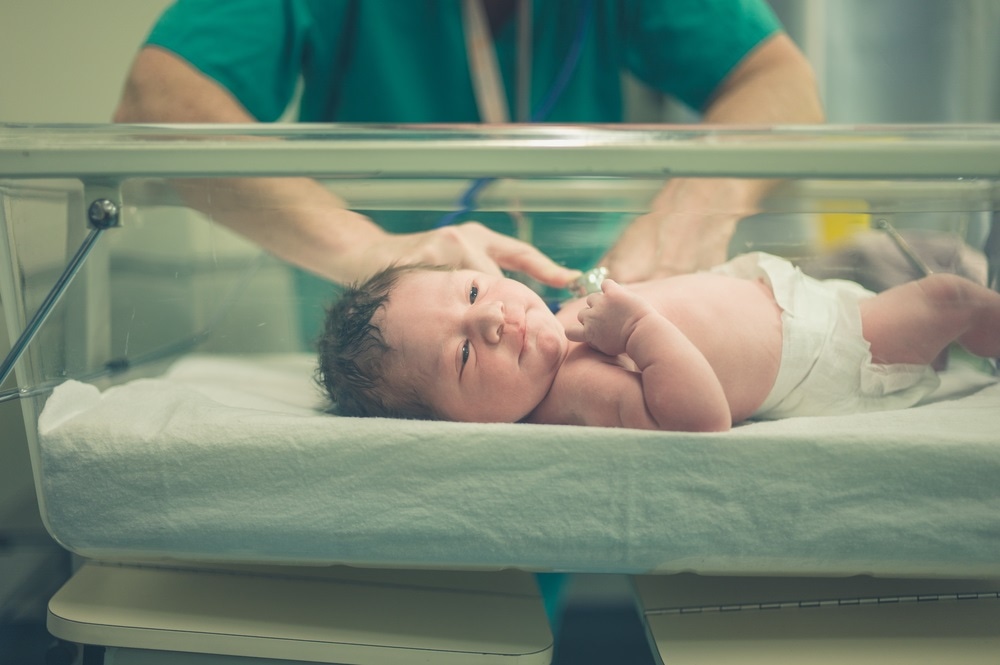 Can you tell us more about your current research project?

The goal of our study was to obtain a cohort of samples from new-borns and analyze them by NMR spectroscopy to gain insight into a possible alternative method for the detection of metabolopathies. To that end, we analyzed 500 samples from four different hospitals in the Basque region of Spain using NMR. Some samples were also assessed using two-dimensional total correlation NMR spectroscopy. This takes 30 minutes and is extremely useful for identifying and confirming the identity of different metabolites. To quantify the metabolites present, we used the Bruker automated IVDr Quantification tool.

From the normalized concentrations, we derived metabolic models for inborn errors of metabolism that covered two different scenarios. We looked for abnormal concentration values of metabolites normally present in urine and also evaluated the presence of a further 100 metabolites that should not be in a normal urine sample but may appear if there is an in-born error of metabolism.

Prior to the analysis, we had to confirm that the origin of the samples did not have any impact on the statistical significance of the data. It was not possible to discriminate between spectra obtained for the samples from the four different hospitals, which supports the quality of the samples. For example, they had not been contaminated or undergone degradation.

Spectral differences, however, were observed due to differences in the physical characteristics of the new-borns from whom the samples were collected. We could discriminate by gender (and this is already well established), which is normal and acceptable as we do not suspect that gender is a factor that has a very high impact on the metabolism. We were also able to discriminate by age and weight at the time of collection, and even the type of diet of the mother. These effects are expected, and such factors are already typically incorporated into study methodologies. The differences by weight though are a particularly interesting feature because it has been stated that abnormal weight at birth is a risk factor for having some metabolopathies. Indeed, this is another area of research that we are actively pursuing currently.

Based on the metabolites identified in urine by NMR, there are up to 75 diseases that could be diagnosed through urine new-born screening. During this study, we identified two cases with a metabolic anomaly. One was a case of temporary ketosis, which we identified through high levels of 3-hydroxybutric acid, acetone, and acetoacetic acid. The other, more importantly, was a case of premature trimethylaminuria, which is intrinsically related to an abnormally high level of trimethylamine.

The optimized NMR screening methodology, which we recently published, is now being introduced for detecting inherited errors of metabolism in new-borns in collaboration with the hospitals and a group of scientists.

Is the sensitivity and specificity of this technique high enough to ensure diseases are not overlooked?

The sensitivity is ultimately related to the possibility of detecting the metabolite in the urine analysis spectrum. For NMR, the metabolite needs to accumulate to at least micromolar concentrations in order to be detected. However, in terms of metabolic disorders, this is not very limiting because most of the diseases are going to produce very large amounts of the metabolite in the phenotype and therefore, they should be detectable.

As for the specificity, in principle all the diseases are cross validated. That is to say that in our analytical protocol we generally do not rely on a single metabolite in order to diagnose a specific disease. There are of course exceptions for certain cases where the disease is defined as an abnormal value of a single metabolite. In principle, we are quite confident that we can discriminate between the different diseases that we have listed as being within the scope of the screening. 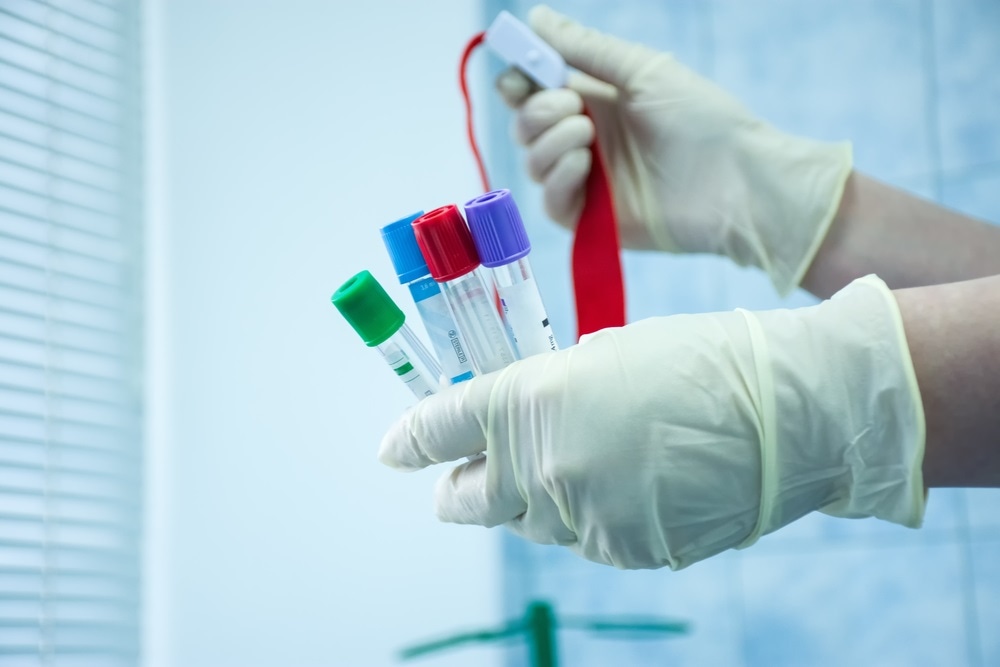 Is it likely that the number of diseases detectable in urine samples will expand in the future?

Yes, we expect that the number of diseases that we can screen for through NMR metabolomic analysis of urine should expand. The reason for this is that the NMR spectra obtained from the urine samples contain much more information than we are currently analyzing. It is therefore likely that there are some further metabolites present in the urine that are associated with different diseases. In the future, we should be able to associate these diseases to the urine spectrum and therefore add further analytical value to the current methodology. 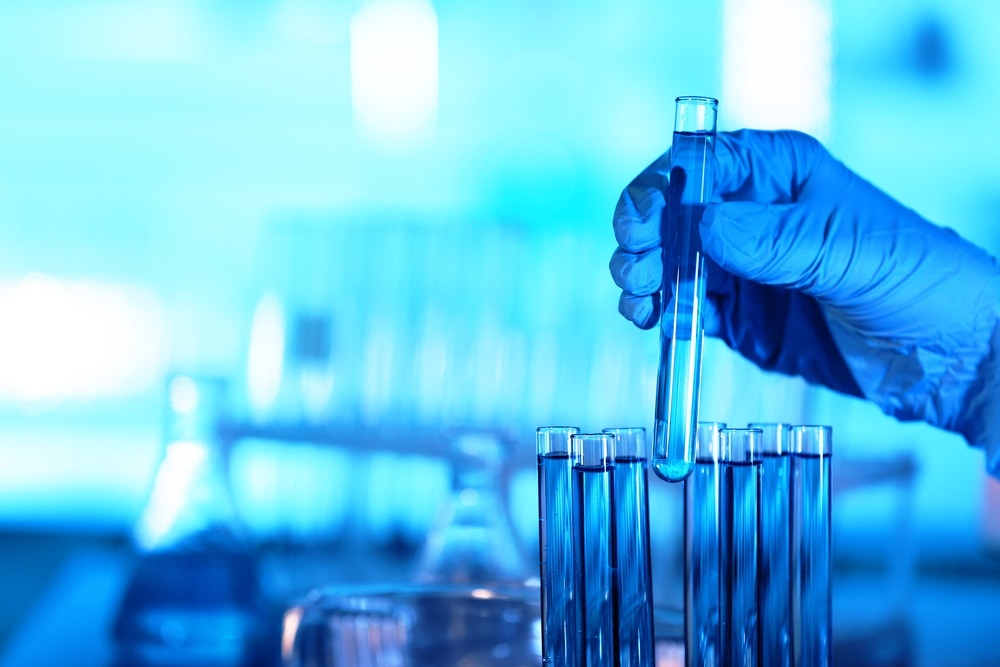 Are there other projects in your laboratory using NMR metabolomics?

Apart from the new-born screening, we also have several other active projects ongoing in the laboratory. We are trying to obtain a metabolic definition for metabolic syndrome, which has a complex symptomatology including metabolic dysfunction, liver dysfunction, and diabetes. We are analyzing a very large number of individuals (more than 13,000) in order to define the exact metabolite signature of metabolic syndrome.

We are also interested in prostate cancer. We have access to a very high-quality cohort comprising almost 800 samples from patients with a certified biopsy. These samples have already been analyzed with NMR spectroscopy and we could detect the metabolic disturbances caused by prostate cancer. 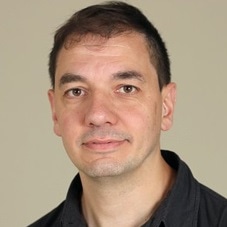 Dr. Oscar Millet is the group leader of the Precision Medicine and Metabolism group of the CIC bioGUNE. His research focuses on the use of nuclear magnetic resonance (NMR) in the study of biologically relevant proteins and enzymes, paying special attention to the metabolic information that can be extracted from biological samples such as serum and urine. He has been awarded the Real Sociedad Española de Química prize (2004), the Spanish NMR group prize (2005), and the Innovation Award of the Basque Government (2018). He is the scientific founder of the spin-off Atlas Molecular Pharma and is the president of the Spanish Chemical Biology Group.

Using CRISPR to Lift the Lid on Probiotics

In this interview, we speak to Echo Pan, a Ph.D. student from North Carolina State University about her latest research...

Diversifying STEM; the Importance of Representation, Equity, and Inclusion

Please can you introduce yourself, and tell us about your background in biophysics, neuroscience, and biomedical data science? My name...

In Vivo Probes for Detecting Inflammation Markers in Humans and Animals

Sponsored Content by PittconFeb 24 2021 In this interview, News-Medical Life Sciences talks to Parry Hashemi about the research on...