After more than two years of the coronavirus disease (COVID-19) pandemic, there is still a constant threat of evolving strains that are more contagious and infectious than the original wild-type strain that emerged in Wuhan, China, in December 2019.

Many public health issues are raised by the rapid emergence of new SARS-CoV-2 variants, including whether diagnostic tests can detect new strains, the effectiveness of vaccines, and how to map the geographic distribution of variants so that transmission patterns are better understood.

The Next Generation Sequencing (NGS) method is the most common tool for detecting variants of concern. However, in light of the high cost and time required for results to be accessible (between 10-14 days), there is an urgent medical need for affordable tests and can produce results quickly.

A single nucleotide polymorphism (SNP) offers a more focused approach to detecting more specific mutations. In addition, it can be performed at affordable costs and fast throughput, making it a potential candidate for detecting rapidly circulating variants of concern more effectively and timely.

To understand and act early and appropriately to emerging variants of concern, researchers have explored the possibility of having a variant-agnostic detection assay. They assessed an inexpensive Polymerase Chain Reaction (PCR)-based genotyping approach that could report on SARS-CoV-2 variants at an accelerated rate and could be implemented in any testing lab equipped with typical PCR facilities. The research is currently posted to the medRxiv* preprint server. 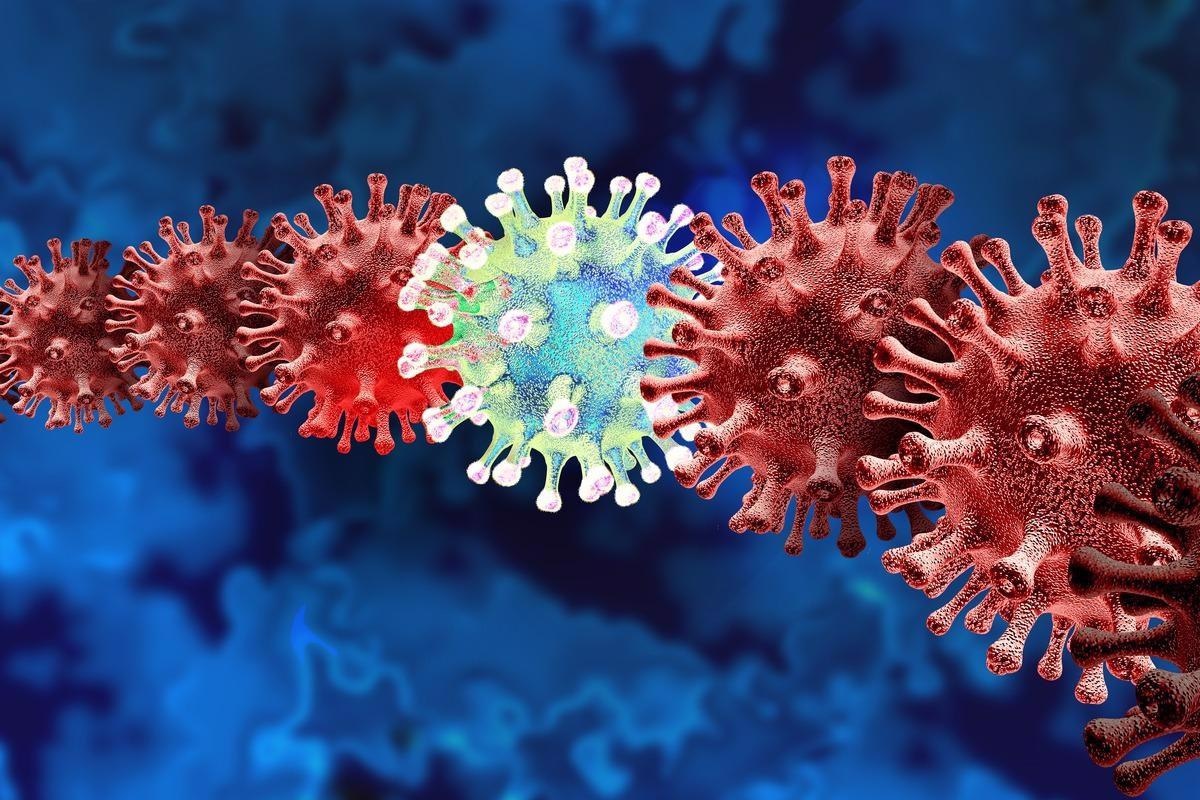 Study: A method for variant agnostic detection of SARS-CoV-2, rapid monitoring of circulating variants, detection of mutations of biological significance, and early detection of emergent variants such as Omicron. Image Credit: Lightspring/Shutterstock

Specific lineages of the SARS-CoV-2 were selected by the Variant Task Force (VTF) of The National Institutes of Health‘s (NIH’s) Rapid Acceleration of Diagnostics (RADxSM) initiative.

The team combined the top 100 most frequently reported global lineages between May and September 2021. They obtained a total of 1,200,791 sequences that represented a total of 393 lineages. The ten most unique mutations obtained after analyzing the sequences were identified for each World Health Organization (WHO) labeled variant. The researchers then used multiple combinations of every unique mutation to classify a viral sequence into a WHO label with at least 90% overall genomic accuracy.

Additional mutations were also considered to keep all variants under the radar of the Centers for Disease Control and Prevention (CDC), in the lineage databank.

Different SARS-CoV-2 markers to identify the mutations were analyzed using genome sequence and metadata from the GISAID EpiCov database. This way, three common positivity markers were selected along with 45 lineage-specific markers for the genotypes circulated in 2021. The variant agnostic positivity markers were: 1) the D614G (S:A23403G) mutation at position 614 of the viral spike (S gene) protein, 2) a conserved sequence in nsp10 (between nucleotides 13025-13441), and 3) a conserved sequence identified by the CDC in the N Gene SC2 region (between nucleotides 29461-29482)

The study team selected the primers for the SNP detection assays from the sequences after screening for areas having a mutation frequency of less than 1% to ensure the assay’s sensitivity. Finally, the 1,031 SARS-CoV-2 positive samples were analyzed using SNP genotyping and classified with the 48 markers. The classifications were then compared to the Phylogenetic Assignment of Named Global Outbreak Lineages (Pango) lineage assignment based on the whole-genome sequences in the GISAID database. The positive percent agreement (PPA) ranged from 96.3% to 100%, and the and negative percent agreement (NPA) ranged from 99.2% to 100% for the top 10 WHO lineages.

Researchers further worked on reducing the 48-marker panel to specific variants and developed a classifier algorithm based on these variant-specific reductions. Recurring analysis of active marker sets across regional and global GISAID sequence data and the resulting anomalies in the same can help assign new markers for emerging variants and help in faster identification.

As a practical demonstration of the variant-specific reduction in the marker panel, the researchers developed an Omicron genotyping panel keeping in mind the recent surge in Omicron cases in the USA in December 2021. This panel was derived from the previously-designed 48-marker panel and could distinguish the Delta and Omicron variants using four highly specific SNPs. This panel was successfully used to trace the cases of the Omicron variant.

Mutations of SARS-CoV-2 are occurring at an unprecedented rate. Each time a novel variant is reported, several questions arise. First, can SARS-CoV-2 diagnostic tests (rapid antigen and/or nucleic acid amplification) detect the new variant? Secondly, will it be possible to develop an experimental approach to monitor the proportion of variants in real-time and detect a new variant’s emergence? Lastly, are there methods to enhance NGS so that it can provide a faster, more accurate, and broader picture of the prevalence and geographical distribution of variants?

This report describes three variant-agnostic markers for detecting SARS-CoV-2 positive samples with a high PPA and NPA when compared with NGS. Almost all SARS-CoV-2 samples sequenced had these markers and should be considered for the development of new tests. The results also showed that certain combinations of markers are highly specific for certain variants. These genotyping markers could provide early warning if a new or re-emerging variant is circulating.

Compared to NGS, this assay can provide genotyping results in 1 to 2 days rather than 10 to 14 days. Genomics tests are also more affordable than sequencing tests. Using genotyping, therefore, a greater number of SARS-CoV-2 positive samples can be monitored than the five percent (5%) random sampling by sequencing currently used in the United States.

The research demonstrates that the Omicron variant can be detected with high precision using two to three markers. Combining Omicron-specific markers with those used to detect previous variants can provide a framework for detecting new variants.

In a recent study posted to the bioRxiv* pre-print server, researchers investigated the impact of mutations in the severe acute...

In a recently published article in the journal eBioMedicine, scientists have demonstrated that critically ill coronavirus disease 2019 (COVID-19) patients...

Researchers have shown a new compound delivered in a nasal spray is highly effective in preventing and treating COVID-19 caused...