A study recently published in the top-tier journal Proceedings of the National Academy of Sciences of the United States of America (PNAS) shows how a specific gene flow from Neandertals can act as a double-edged sword by increasing the risk for the development of severe coronavirus disease 2019 (COVID-19), and at the same time decreasing the risk for the infection with the human immunodeficiency virus (HIV). 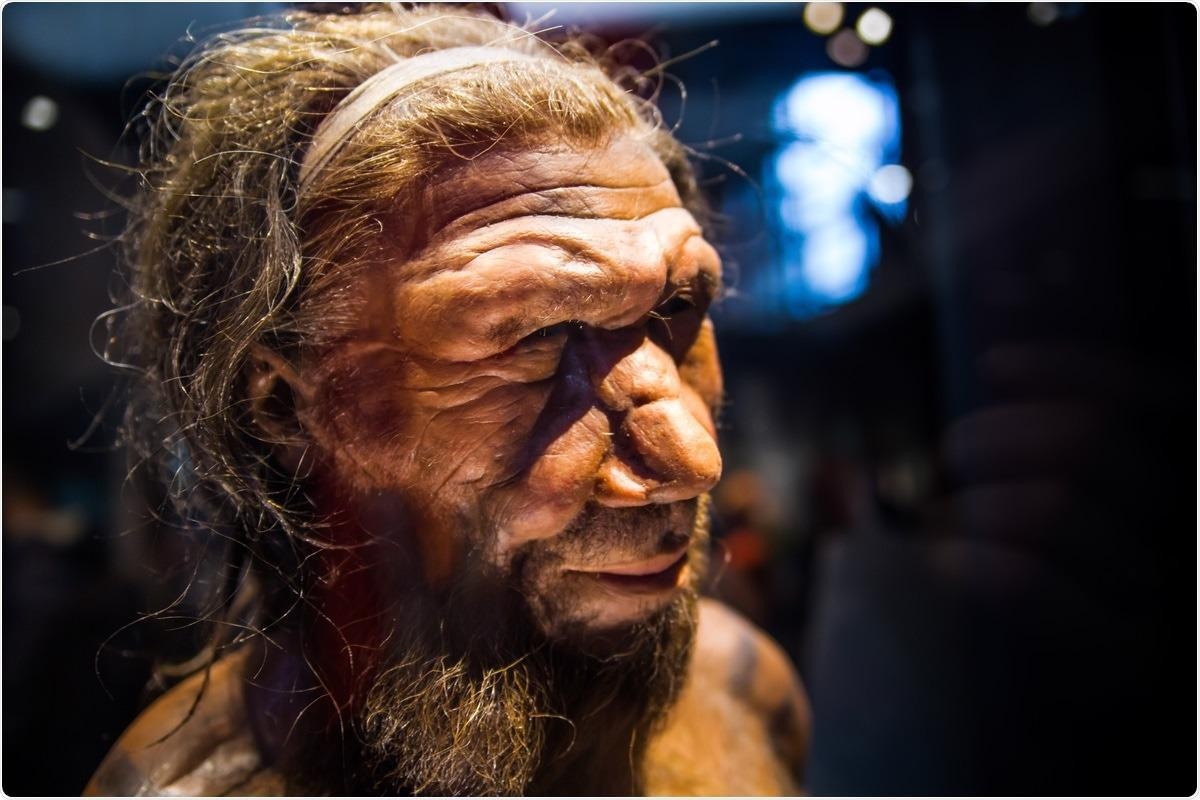 During the ongoing COVID-19 pandemic, many fundamental research studies have been pursued to reveal salient risk factors for severe forms of the disease. From the genetic perspective, COVID-19 severity can be linked to chromosome 3, and specifically to a genomic region that encodes chemokine receptors that act as mediators of various cellular responses.

Previous studies have shown that these specific genetic risk factors have been introduced into the modern human population from an extinct species of archaic humans known as Neanderthals approximately 50 to 70 thousand years ago.

Even though there is no direct evidence for positive selection on this group of genes inherited together from one parent (also known as haplotype), we saw its frequency has increased since the Last Glacial Maximum.

Today, this gene set is unusually pervasive and common, with carrier frequencies reaching from 16% to 50% in the European continent and South Asia, respectively. Consequently, it is very interesting to consider whether it can have certain favorable traits.

“This major genetic risk factor for COVID-19 is so common that I started wondering whether it might actually be good for something, such as providing protection against another infectious disease”, says the author of the paper Hugo Zeberg from the Max Planck Institute for Evolutionary Anthropology in Leipzig (Germany) and Karolinska Institutet in Stockholm (Sweden).

A story of chromosome 3

One of these receptors is involved in the HIV infection process, as it enables the virus to enter white blood cells in humans, as well as to spread from cell to cell. This receptor is known as CCR5, and it basically functions as a co-receptor alongside the main receptor CD4. And since those individuals that carry the major genetic risk factor for COVID-19 have lower CCR5 levels (alongside CCR3 and CXCR6), Dr. Zeberg hypothesized that they might also have lower prevalence of HIV infection.

Reducing the risk for HIV infection

By using the expression data from the whole blood of approximately 30 thousand individuals, Dr. Zeberg initially found that all of the aforementioned chemokine receptor genes (with the exception of XCR1) are differentially expressed in those that carry the risk variant, with reduced expression for all genes except for CCR9.

In this paper, he also conducted a meta-analysis of three of the largest currently available biobanks: the Michigan Genomics Initiative, the UK Biobank and FinnGen. These cohorts contain 591 European individuals with HIV infection, as well as 667,215 controls.

In a nutshell, his main finding was that the carriers of the chromosome 3 COVID-19 risk allele have a 27% reduction in risk for HIV infection – without any detectable heterogeneity across the analyzed cohorts.

A genetic example of a double-edged sword

Nonetheless, since the rise of HIV occurred during the 20th century, protection against this specific virus cannot justify the spread of genetic risk variants for COVID-19 among humans as early as ten thousand years ago.

Smallpox can be a likely candidate since a causative variola virus emerged more than ten thousand years ago. Yersinia pestis, a bacterial pathogen that causes plague, may also be considered, although this species emerged later (i.e., approximately seven thousand years ago).

In any case, this genetic variant is a double-edged sword: it came with tragic consequences during the last two years while the COVID-19 pandemic raged, but on the other hand, offered substantial protection against HIV over the last forty years. Its role in past and future pandemics remains to be elucidated.

Jamie Smith, a staffing agency nurse who loves end-of-life care, said she has been warmly welcomed by staffers and residents...

Patients with weakened immune systems — who are at high risk from covid-19 — say pharmacies are turning them away...

In a recent study published in Nature Digital Medicine, researchers highlighted a potential strategy for using a smart toilet platform,...

In a recent study posted to the medRxiv* pre-print server, a team of researchers evaluated the impact of severe acute...

In a recent study published in the journal Nature, researchers developed and evaluated an approach that used machine-learning algorithms to...

Since emerging in December 2019, the severe acute respiratory syndrome coronavirus 2 (SARS-CoV-2) has infected over 353 million people and...