In a new study under consideration at Scientific Reports and published on the Research Square* preprint server, scientists analyze the death proportion and risk of death among COVID-19 hospitalized patients over time and during different waves of the pandemic. 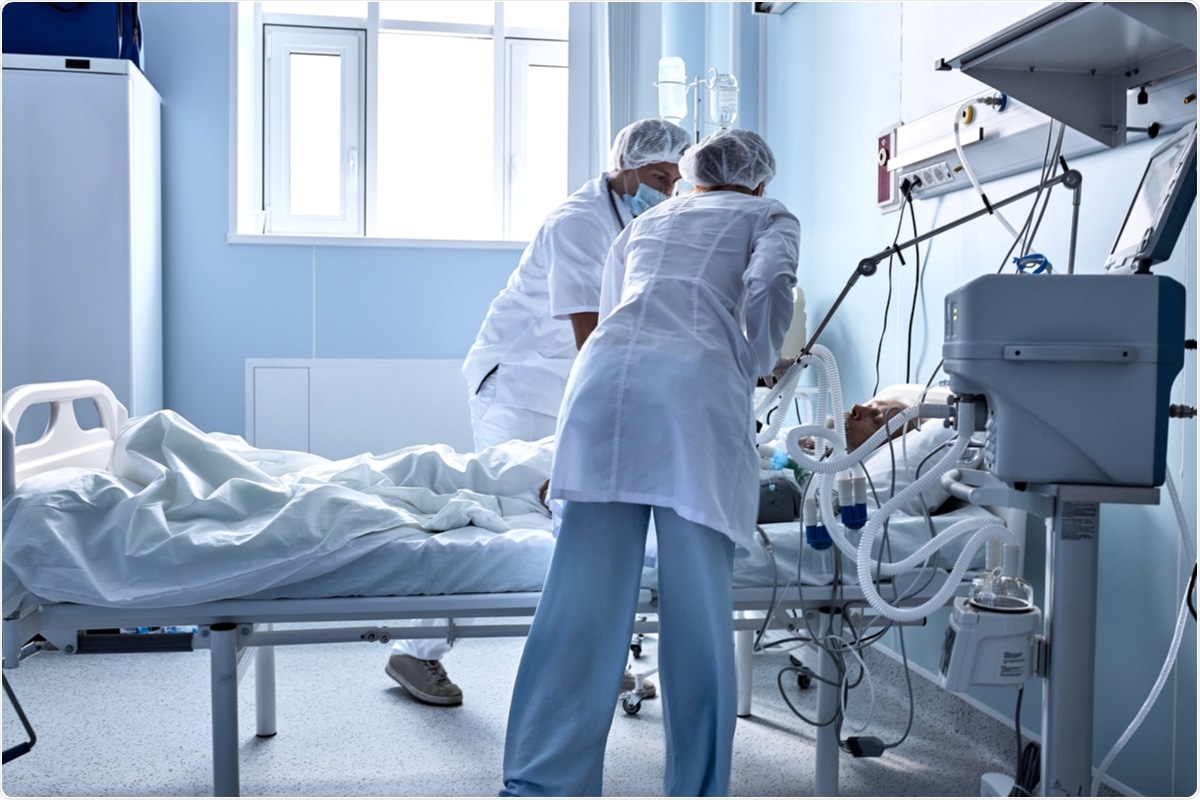 Study: Mortality among hospitalized COVID-19 patients during surges of SARS-CoV-2 alpha (B.1.1.7) and delta (B.1.617.2) variants. Image Credit: UfzBizPhoto / Shutterstock.com

SARS-CoV-2 infection could lead to asymptomatic or mild cases, moderate or severe conditions, and even death. Predictors of severe outcomes include age, male sex, and the presence of comorbidities such as hypertension, diabetes, and cardiac disease.

Several SARS-CoV-2 variants have emerged, with the World Health Organization (WHO) defining these variants according to their increased transmissibility and virulence.

The SARS-CoV-2 Delta variant is more transmissible than previous SARS-CoV-2 strains, as it is associated with an increased risk of hospitalization, intensive care unit (ICU) admission, and death. However, the trend of mortality due to the Delta variant around the world is quite varied and difficult to describe. This could be due to a number of factors, such as hospital load and the presence of underlying medical conditions of patients.

Studying the COVID-19 mortality rate could help healthcare workers quickly identify at-risk patients. To address this issue, scientists conducted a multicenter study in Tehran, Iran to assess the proportion of deaths and risk of death among COVID-19 hospitalized patients.

The current observational study involving hospitalized COVID-19 patients in Tehran province was conducted between March 21, 2021, and October 3, 2021. During this period, researchers analyzed two peaks associated with the Alpha and Delta variants.

Patients during the second peak were more likely to be female and above 60 years of age. The death proportion of patients admitted to the ICU peaked in April and August of 2021. Scientists also observed that the mortality rate decreased with gender and age, whereas it increased with comorbidities.

The death proportion among patients infected with the Delta variant was lower than those infected with the Alpha variant. The second peak was associated with a higher risk of death. Taken together, these findings correlate with previous reports on death and hospitalization rates during both Alpha and Delta variant-driven surges.

A debatable issue is the reduction of the death proportion from the first to the second peak in this study and an increased risk of COVID-19 death. This could be due to the number of patients admitted during the second peak that increased rapidly, while deaths increased gradually. A second contributing factor could be the start of the vaccination program in Iran in May 2021. During this time, the death proportion in the younger age group decreased, despite the vaccination rate not being high in this group.

A higher death proportion and risk of COVID-19 death were observed among ICU patients during the Delta wave as compared to the Alpha wave. The mean number of comorbidities, mean age and fraction of males were lower in the Delta wave, which may be due to the higher severity and fatality rate associated with the Delta variant.

A significant difference was reported in the death proportion among ICU patients in different counties of Tehran. This difference could be driven by several factors, such as the nutritional status of the patient and the skill of the intensivist physician.

Additionally, during the Delta wave, ICU bed shortages were more common in some counties, thus causing patients to wait for several hours to several days before being admitted, ultimately contributing to more deaths.

In the current study, the death proportion was found to decline from March 2021 to October 2021; however, hospitalization and risk of COVID-19 death increased during this time period. Furthermore, the Delta wave led to a higher risk of death as compared to the Alpha wave.

Some of the factors associated with the high mortality rate in the Delta surge in Iran were identified to be burnout among healthcare workers, as well as hospital bed, ICU space, and medical supply shortages.

How much protection does SARS-CoV-2 infection provide against reinfection?

In a recent study posted to the medRxiv* pre-print server, a team of researchers developed a phylogenetics-based website to identify...

In a recent prospective study published on the medRxiv* preprint server, researchers examine the effects of disease-modifying therapies (DMTs) implemented...

A recent study posted to the medRxiv* preprint server predicted the efficacy of the SOBERANA 02 and SOBERANA Plus coronavirus...

How did the COVID pandemic affect the spread of other zoonotic diseases?

The origin of severe acute respiratory syndrome coronavirus 2 (SARS-CoV-2) has been speculated about in different ways since it first...

A hybrid, multiscale, individual-based model to study the within-host spread of SARS-CoV-2 and the subsequent innate immune response