In a recent study published on the medRxiv* preprint server, researchers conduct genomic wastewater surveillance of the severe acute respiratory syndrome coronavirus 2 (SARS-CoV-2) following the emergence of the Alpha and Delta variants in the United Kingdom. 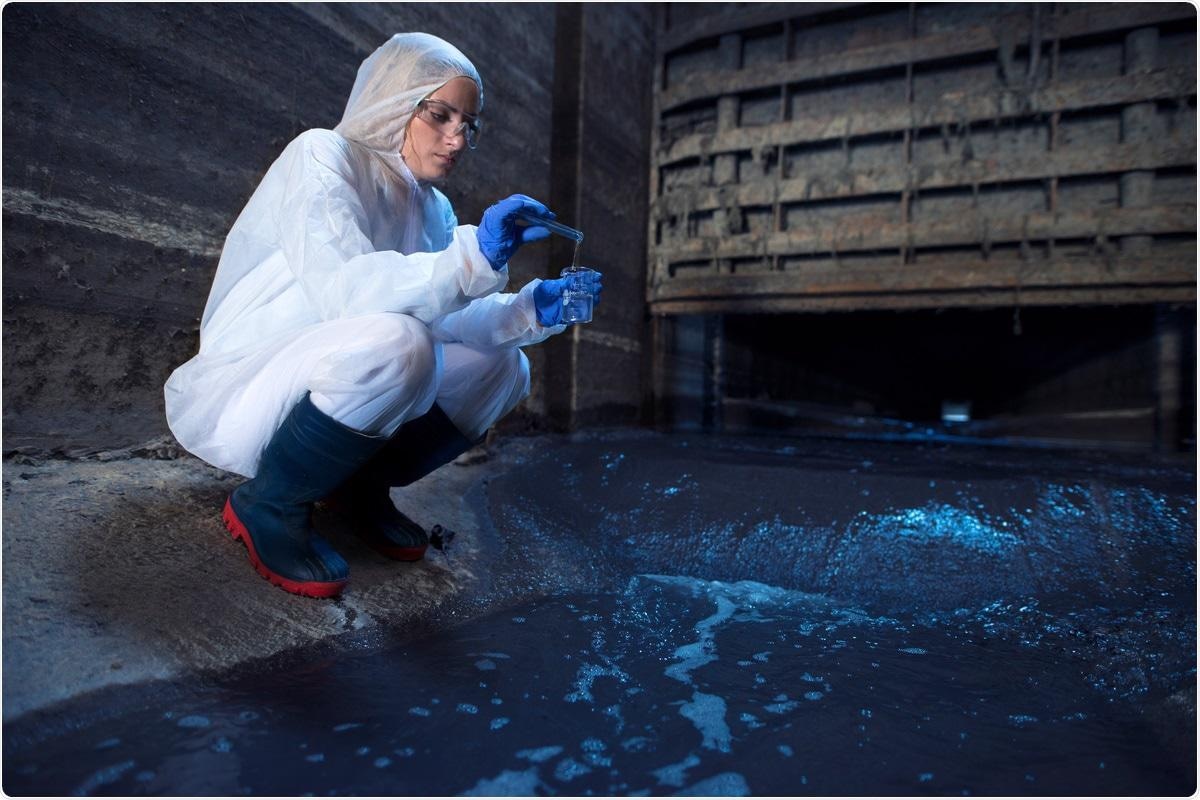 SARS-CoV-2 infection, which is responsible for the coronavirus disease 2019 (COVID-19), is primarily detected by the reverse transcriptase-polymerase chain reaction (RT-PCR) assay. However, early in the COVID-19 pandemic, SARS-CoV-2 testing among infected individuals and asymptomatic carriers was challenging.

Most of these challenges were due to a low number of testing centers, a lack of trained personnel to perform the test, absence of coordination and management, hesitancy, and a lack of incentives among people to get tested, as well as a shortage of consumables for tests. Each of these challenges was further amplified as a result of the lack of available resources during early lockdowns. 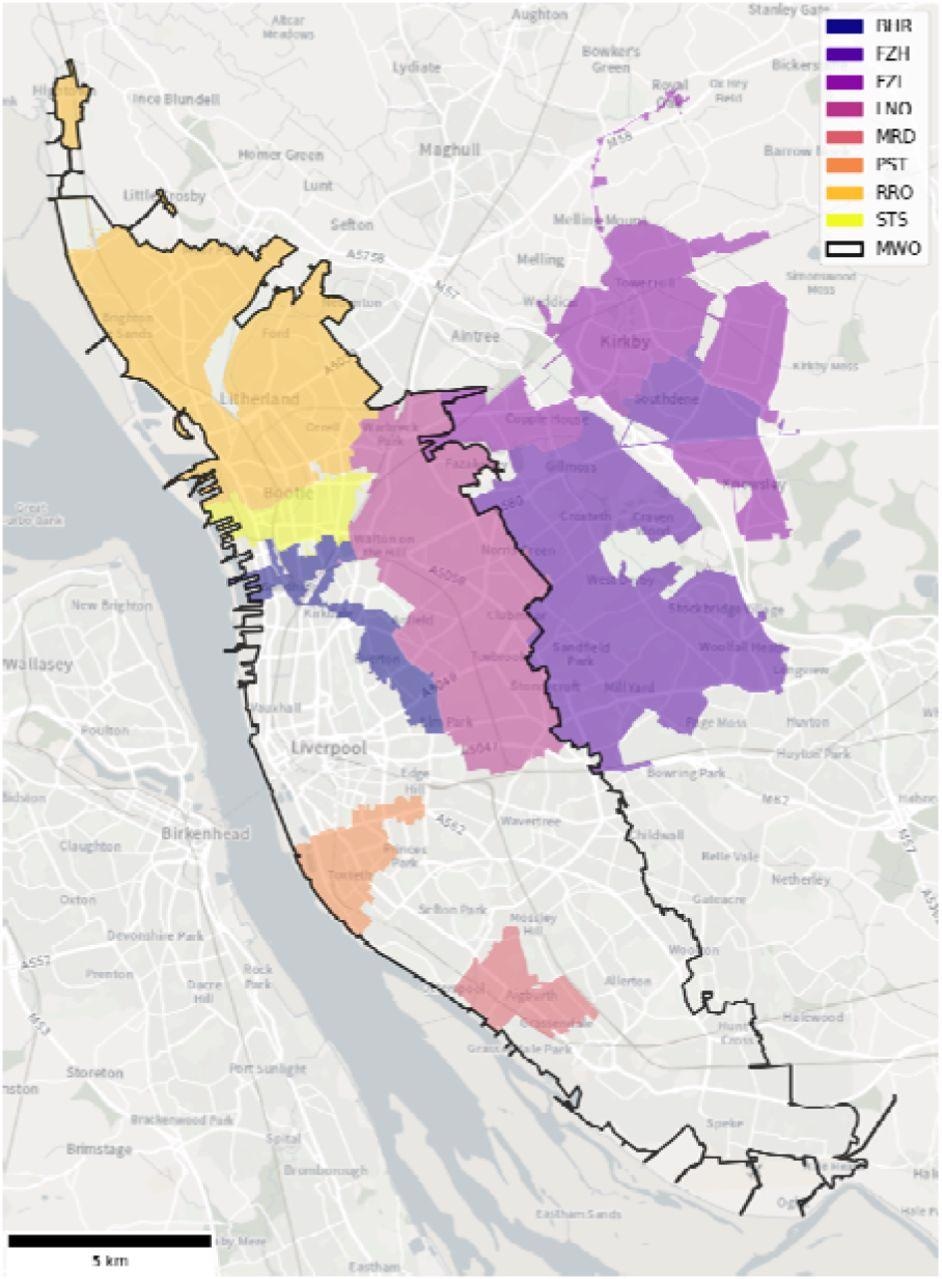 The role of genomic surveillance

Recently, genomic surveillance has emerged as a useful tool for detecting SARS-CoV-2 and its variants. Genomic surveillance involves the sequencing of the genetic material of an infecting agent to identify any new mutations that would lead to the emergence of a new viral variant. Prior to the COVID-19 pandemic, genomic surveillance was primarily used to test for microorganisms such as antibiotic-resistant bacteria and the influenza A virus.

Data from clinical cases using genomic surveillance help in public health decisions by providing insights into virus transmission, especially during the emergence of new variants. To date, some of the most noteworthy SARS-CoV-2 variants that have been detected to date include the B.1.1.7 (Alpha), B.1.351 (Beta), P.1 (Gamma), B.1617.2 (Delta), and, most recently, the B.1.1.529 (Omicron) variant.

Although COVD-19 vaccines have remained effective against these variants, many of these new strains of SARS-CoV-2 are associated with increased transmissibility, more severe disease, a reduction in antibody neutralization, reduced therapeutic response, and/or reduced vaccine effectiveness. Genomic surveillance thus becomes essential due to its ability to detect, identify, and track SARS-CoV-2 variants to help epidemiologists understand, predict, and help control the spread of this virus.

Genomic surveillance of SARS-CoV-2 is achieved by whole genome sequencing (WGS) of clinical isolates using residual ribonucleic acid (RNA) from diagnostic RT-PCR. Over seven million SARS-CoV-2 genomes have been sequenced and published as of January 2022 on the GISAID database. The availability of these genome sequences has provided insights into the evolution and epidemiology of SARS-CoV-2.

Despite these advantages, clinical sequencing is highly expensive, even in developed nations. Therefore, wastewater-based surveillance as a complementary and cost-effective approach to clinical sequencing has been increasingly used throughout the COVID-19 pandemic.

SARS-CoV-2 is shed in feces by more than 50% of people; therefore, SARS-CoV-2 RNA can be extracted and quantified using RT-qPCR by sampling at wastewater treatment plants or within sewer networks. Results from these types of tests have corresponded with the rise and fall of clinical cases.

In a recent study published on the medRxiv* preprint server, researchers demonstrate that wastewater genomic surveillance can be reliably used to detect the emergence of the SARS-CoV-2 Alpha (B.1.1.7) and Delta (B.1.617.2) variants.

Wastewater samples were collected from eight locations across the city of Liverpool in the United Kingdom between November 2020 and June 2021, as well as from four wastewater treatment plants in southeast England between September 2020 and January 2021 as a control group.

RNA was extracted from these samples and sequenced for bioinformatics analysis. Single nucleotide polymorphisms (SNPs) and insertions/deletions present within these samples were then identified and filtered against signature mutations of SARS-CoV-2 variants.

At the amplicon level, the researchers looked for co-occurring signature mutations, which significantly improve confidence in the variant detection, especially at low frequencies. Without unique mutations with co-occurrence to a particular variant, reliable identification of a variant is not possible.

The frequency of Alpha (B.1.1.7) signature SNPs/indels increased between November 2, 2020, to February 28, 2021. This observation corresponded closely with the increase in clinical cases of SARS-CoV-2 Alpha infection across Liverpool and the Southeast of England. 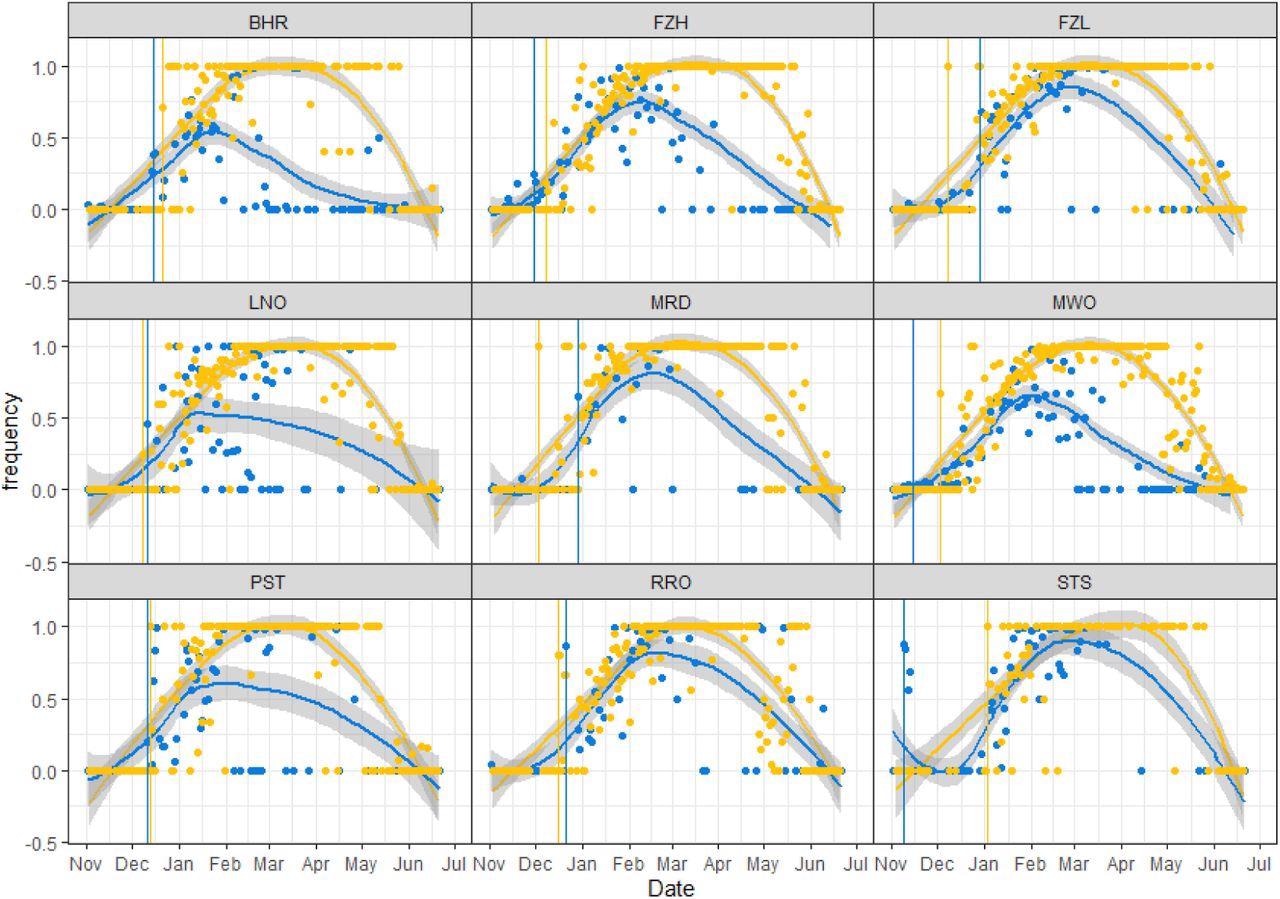 Mean frequency of B.1.1.7 (Alpha) signature SNPs/Indels detected in wastewater versus clinical samples in each catchment, 2nd November 2020 to 26th June 2021. Points show the mean frequency of unique Alpha mutations for a given wastewater sample (blue) and the frequency of Alpha clinical cases from a given date (yellow). Colored lines show the respective local polynomial regression fit including shaded 95% confidence intervals. Vertical lines indicate the first confirmed clinical case of Alpha (yellow) and the first wastewater detection of co-occurring Alpha mutations on amplicon 147 (blue).

In most sites, the monthly frequencies of Alpha incidence peaked during mid-December, late January, and early February. Importantly, the wastewater detection of Alpha preceded clinical detections in 56% of Liverpool sites by up to 55 days, whereas clinical detection was earlier by up to 26 days in Southeast England sites.

Despite early detection of new variants through wastewater monitoring using the co-occurrence analysis, this approach is not consistent. While the reasons for this remain unclear, other factors including inherent variations in detection methods and viral shedding rates, as well as dilution due to rainfall, may contribute to its inconsistency.

Local differences between different water catchments with different peak frequencies were temporally observed over the month. Between March 15, 2021, to June 26, 2021, a significant surge in Delta sequences was observed in all wastewater catchments, with varying temporal trends across the city. This pattern coincided with a rise in the clinical detection of Delta infections and a simultaneous reduction in Alpha infections.

Corresponding to low infections across Liverpool from April to early June 2021, SARS-CoV-2 detection in wastewater samples was also low. The researchers also detected sporadic and low frequencies of SARS-CoV-2 B.1.351 (Beta), P.1 (Gamma), P.3 (Delta), and B.1.1.318 lineages in the wastewater monitoring, which also corresponded to the clinical detection of these variants.

Although wastewater monitoring detection presented a mixed pattern of Alpha variants across the regions tested, this surveillance approach has several important advantages, including cost-effectiveness per unit of population and less bias caused by testing frequencies. However, genomic sequencing of clinical samples provides greater specificity and the possibility of contact tracing.

Taken together, the current study highlights the benefits of a complementary approach of genomic sequencing by both clinical testing and wastewater monitoring. The early detection of novel SARS-CoV-2 variants through this method provides precise and underlying dynamics of the viral strain that can be used to make informed public health measures.