The spread of the severe acute respiratory syndrome coronavirus 2 (SARS-CoV-2) during the ongoing coronavirus disease 2019 (COVID-19) pandemic has been impressive, and efforts to contain it have entailed extreme curtailment of social interactions, even for purposes of business or travel. With the emergence of the Omicron variant of the virus, things promise to become worse as it spreads even faster than the Delta, which itself was much more transmissible than the D614G variant. 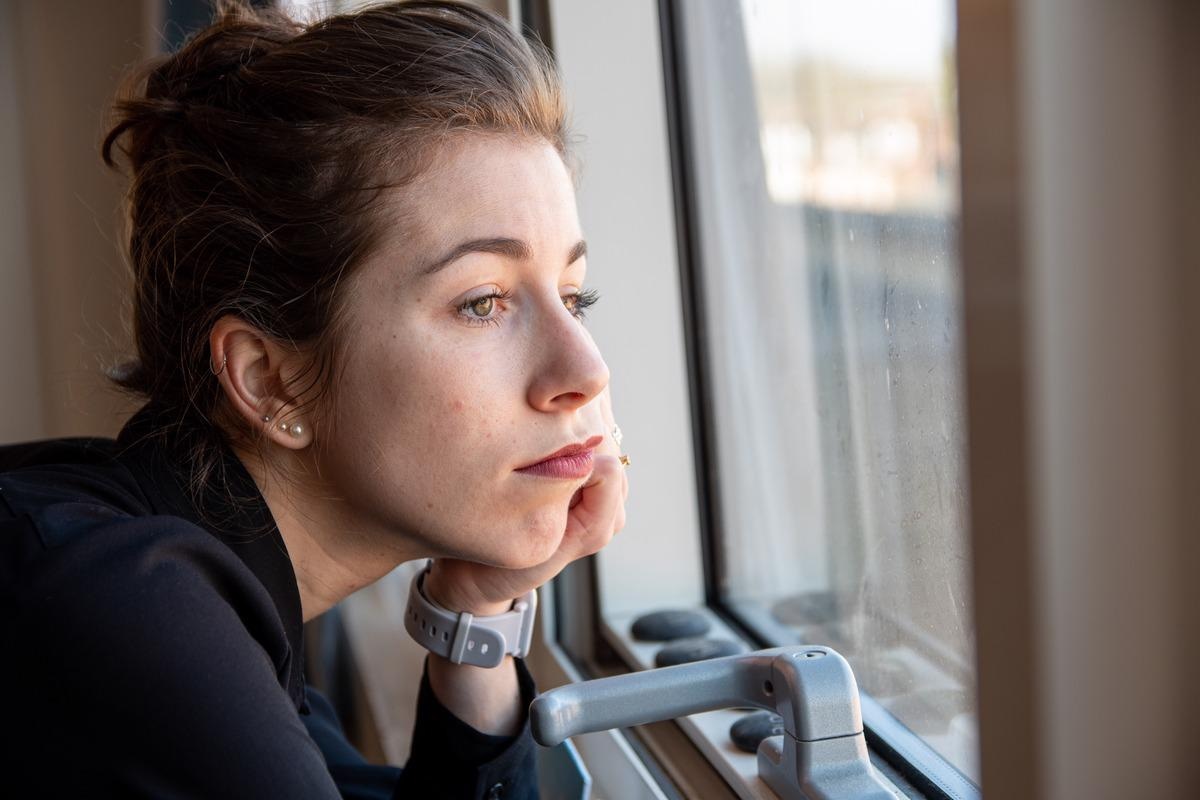 The easy spread of the Omicron variant has led to the isolation of numerous healthcare and other frontline workers as they tested positive. The simultaneous removal of many key workers has placed great strain on the ability of organizations, especially healthcare facilities, to provide adequate staff for their requirements. This is particularly troublesome when it occurs when the trend of hospitalizations for moderate to severe disease is rising.

A new preprint reports the results of a model that sought to establish the minimum effective time to release workers in isolation, using a sliding scale based on lateral flow tests, in place of the fixed duration of self-isolation typically mandated in such situations.

Omicron is considered an immune escape variant with high transmissibility compared to the immediately preceding Delta variant. As such, it is likely to drive an unprecedented wave of infections and hospitalizations, despite high levels of vaccination in several regions.

According to the policies in force, one effect of this will be the simultaneous loss of many workers who become infected and have to self-isolate. The typical period of self-isolation is ten days. The number of hospitalizations with Omicron will increase the risk of infection for hospital workers and other healthcare workers due to increased exposure. This will, in turn, increase the number of isolating workers and lead to an acute and detrimental shortage of workers.

A possible solution to this is to shorten the period of isolation for workers with a mild infection who feel able to work and test negative. This was explored in the current study, using either self-isolation alone or isolation with lateral flow tests to release. This approach aimed to monitor the extra days during which the worker was infectious.

The possibility of delaying the first test-to-release, and reducing the number of consecutive negative tests required for release, was also assessed for its feasibility in low-resource settings.

In the current study, published on the medRxiv* preprint server, the researchers set up a model that included parameters such as the infectiousness of the individual, and lateral flow testing, in order to assess the effectiveness of test-to-release policies as compared to those with fixed-duration isolation mandates. The aim was to measure the excess days that they remained infectious, the days of unnecessary isolation that could be avoided with the former type of policy, and the tests used.

The researchers modeled populations of 10,000 each, with appropriate viral load trajectories and peak viral loads in the number of ribonucleic acid (RNA) copies/mL, to find an estimate of the chances of being infectious and testing positive per day. This was used to predict whether the individual is infectious and/or test-positive if the viral load is known for each day of infection.

Applying policy scenarios that had different isolation periods, of three, five, or seven days’ wait before beginning or resuming testing, they then examined the outcome in terms of how many days of isolation were avoided, vs. a 10-day isolation period, as well as the number of infectious days after release, and the number of tests required per 10,000 individuals, at one, two or three successive negative tests before release. They also looked at how it performed vs. a short period of isolation before release without testing.

Using the same parameters for the Omicron variant as with earlier variants, such as the increase in viral load with time, the infectivity, and the chances of a positive test over time, allowed the researchers to examine the effect of a shorter proliferation phase.

These were used to predict the outcomes for vaccinated vs. unvaccinated individuals, assuming daily testing and isolation after they first test positive, thus becoming part of the modeled scenario. Symptom-based isolation policies were not covered.

The researchers found that community-based self-isolation strategies can reduce the infectious days during which the community is exposed to the worker to near-nil if release follows two successive days of negative tests, irrespective of when testing is resumed after the first positive test.

In resource-scarce settings, a period of 5 or 7 days before resuming testing will achieve minimal transmission risk while using fewer tests, but at the cost of spending long periods out of work in isolation.

If the population is largely unvaccinated, the use of a mandatory 10-day isolation period would be superior, with fewer infectious days and fewer tests required to release. This is because the individual is expected to take a longer time to clear the virus, with a longer test positivity period than vaccinated individuals.

Suppose the proliferation phase with Omicron is shorter by half, irrespective of vaccination status. In that case, this will result in more rapid replication of the virus, with a higher viral load being achieved in fewer days. Hence, the patient is infectious earlier in the course of infection. In addition, however, this will result in individuals being infectious for shorter durations than other variants. This means a higher number of isolation days saved, with fewer infectious days and fewer tests to release.

The results of this modeling study indicate that the 10-day self-isolation policies may be unnecessarily disruptive of the workforce or promote testing hesitancy for fear of forced lengthy absences from work. Already, some countries are altering their self-isolation guidelines due to this realization. The current model supports such changes by showing the risk of an infectious worker exposing the community to infection is low with a fixed-isolation period of only seven days.

If combined with test-to-release policies that involve beginning to test after three or five days, until two successive negative tests are obtained, this period maybe even less. Such strategies may be crucial in ensuring barely adequate staffing is available during this period of heavy demand in professions such as healthcare, despite a small increase in the risk.

The use of viral parameters from pre-Omicron days may affect the reliability of these predictions. Moreover, since some research suggests that lateral flow tests are more sensitive to the presence of the virus even at non-infectious viral loads, a 10-day isolation period may have to be shortened regardless of a positive test at this point, since the latter may not reflect true infectiousness.

Further, the effect of isolating from the onset of symptoms may further reduce the isolation time. These assumptions need to be tested and validated before being used as the basis of new policies. Keeping this in mind, however, the researchers suggest,


Based on a model of viral load kinetics, infectivity, and test sensitivity, shortening the isolation period for SARS-CoV-2 test positive individuals carries minimal risk which can be reduced further by requiring consecutive negative lateral flow tests to release.”

In a recent study posted to the medRxiv* preprint server, researchers analyzed the influence of the use of spectacles on coronavirus...

Small molecules with antiviral activity against the severe acute respiratory syndrome coronavirus 2 (SARS-CoV-2) can offer therapeutic possibilities for the...

Sotrovimab found to prevent hospitalization and mortality in COVID-19 outpatients

In a recent study posted to the medRxiv* preprint server, researchers tested the efficacy of sotrovimab, a neutralizing monoclonal antibody...

A recent article posted to the medRxiv* preprint server analyzed the antibody (Ab) that mediated the coronavirus disease 2019 (COVID-19) vaccine-induced...