In the current era, viruses pose a significant threat to humans since they are capable of causing pandemics throughout the world. Changing environments, globalization, urbanization, population growth, and changes in transport and infrastructure have created new opportunities for viral infections to start and spread. 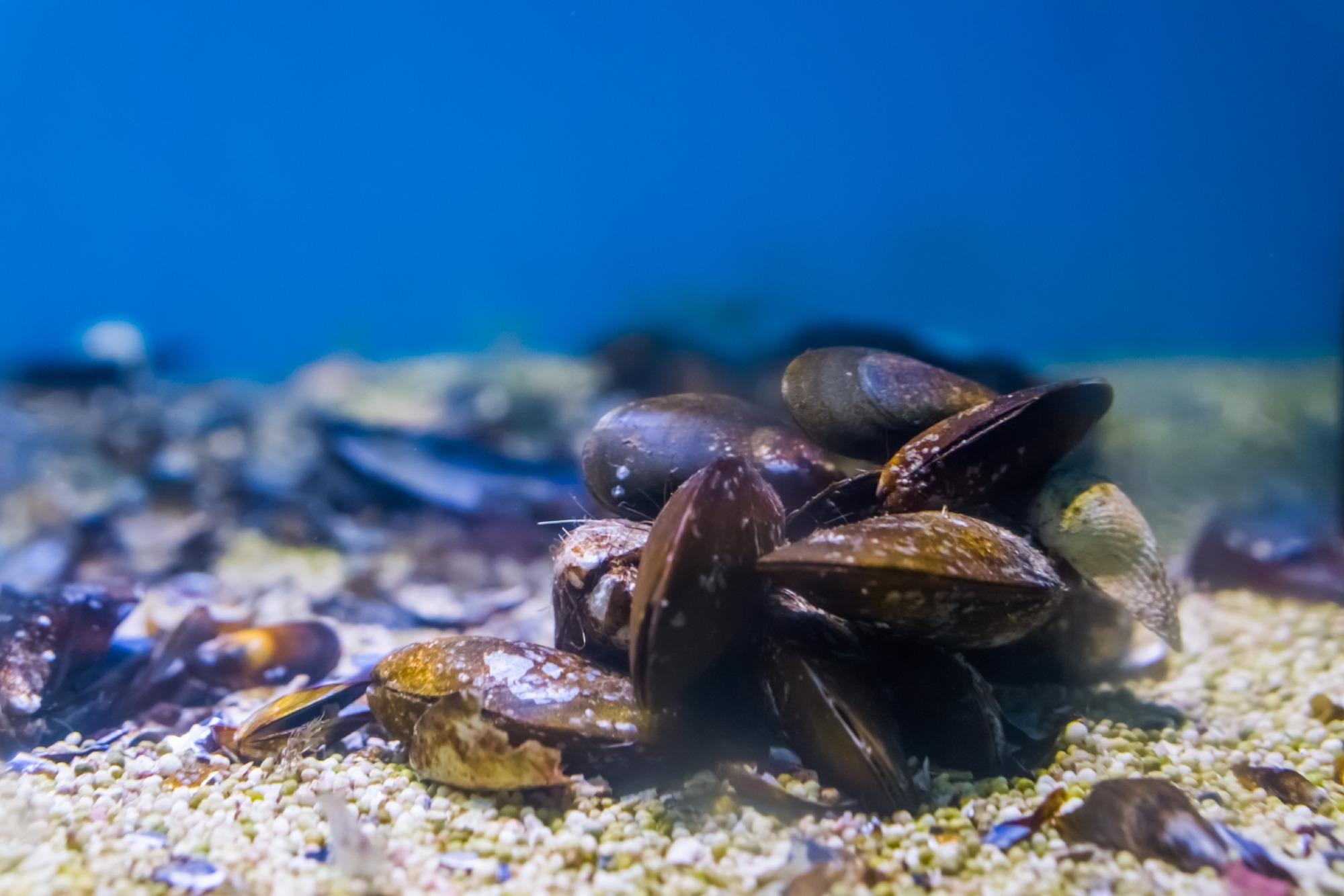 The ongoing COVID-19 pandemic that began in 2019 in Wuhan, China, is caused by severe acute respiratory syndrome coronavirus 2 (SARS-CoV-2). The virus binds to the host ACE2 receptor through the receptor-binding domain (RBD) of the spike protein. The RBD interacts with a lysine residue on the ACE2 receptor which makes it a potential pharmaceutical target. Infection with this virus results in end-stage respiratory illness, systemic involvement, and even death. Though several COVID-19 vaccines have been developed, they cannot be relied upon entirely, so additional treatments are needed.

Natural products are still considered one of the most common sources of antibacterial and antiviral medication. For several decades marine plants and microorganisms have been used in scientific inquiry. Marine creatures have developed various anti-infective techniques and chemicals to defend themselves against viruses and microorganisms that reside in the ocean. There are several advantages to utilizing these marine resources due to their ecological safety, physiological compatibility, and low toxin levels.

Antiviral properties of several natural substances derived from marine resources are currently being studied against COVID-19. Some of the compounds show similar efficacy, while few are more potent than the approved drugs. One such example is Phycocyanobilins (PCBs) and sulfated polysaccharides that bind and inhibit RNA-dependent RNA polymerase (RdRp) with higher affinity as compared to the traditional drug remdesivir. Natural inorganic polyphosphate (polyP) that is derived from marine microorganisms and sponges has been reported to protect against severe COVID-19. Additionally, various marine metabolites that are derived from scleractinian-related animals, algae, and sponges have been found to interact with a major SARS-CoV-2 protease Mpro. Mpro is an enzyme that plays an important role in viral replication and transcription. Marine-derived compounds can also target SARS-CoV-2 spike glycoproteins (S), nucleocapsid proteins (N), matrix glycoproteins (M), tiny envelope proteins (E) as well as 3CLpro, which is also involved in replication, transcription, and maturation of the virus.

A new review paper published in the journal Environmental Science and Pollution Research aimed to determine the possibilities of using biologically active compounds derived from various chemical classes of marine organisms against SARS-CoV-2 infection at various stages of the life cycle of the virus.

Coronaviruses have two subfamilies, Coronavirinae and Torovirinae. Coronavirinae subfamily comprises four genera, alpha, beta, delta, and gamma. SARS-CoV-2 is a single-stranded positive-sense RNA virus whose genome is enveloped and connected to a nucleoprotein (N). The membrane (M) and envelope protein (E) help in virus assembly, while the spike protein (S) helps in the entry of the virus inside the host cell. Non-structural proteins that help in the viral lifecycle are 3-chymotrypsin-like protease (3CLpro), RNA-dependent RNA polymerase (RdRp), helicase, and papain-like protease (PLpro).

Immune response and symptoms of COVID-19

SARS-CoV-2 can attack the respiratory system, gastrointestinal system, kidney, liver, heart, and central nervous system and cause multiple organ failures. The initial immunological response upon SARS-CoV-2 infection is the release of cytokines and immune-cell infiltration that results in the elimination of SARS-CoV-2 in most patients. However, in the case of serious disease, a downregulation of immune response has been observed.

COVID-19 symptoms can range from moderate to severe, with headache, nasal congestion, loss of taste and smell, fever, sore throat, breathing difficulties, muscle pain, and diarrhea being the most common symptoms.

Coronavirus lifecycle and targets for the development of antiviral agents

The cellular protease TMPRSS2 cleaves the spike protein once the spike protein-ACE2 complex is formed leading to the fusion with the host membrane and release of the viral genome. Other proteases such as plasmin, trypsin, and factor Xa are also involved in the process. Endocytosis is brought about by endolysosomes furin and cathepsin B/L (CatB/L). Therefore, therapies that can prevent one or more events in the lifecycle of SARS-CoV-2 are now being developed with the important targets being receptor binding and membrane fusion.

Unspecific attachment can help to raise the viral particle concentrations in the environment, thereby leading to higher infection rates. The attachment and penetration inhibitors can bind to virus receptor molecules on the surface of susceptible cells, to an intermediate, “activated” version of viral protein, and to specific proteins directly in the virion to prevent any further structural changes. These inhibitors can be used in antiviral drugs. A few of the common inhibitors are lectins and glycosaminoglycan mimetics.

Lectins are carbohydrate-binding proteins that can recognize and reversibly bind to complex glycoconjugates moieties without affecting any covalent structures. Species that include lectins are algae, marine corals, fungi, prokaryotes, higher plants, vertebrates, and invertebrates. Mannose-binding lectins are quite important in antiviral research since they can prevent virus self-assembly during replication.

Glycosaminoglycans (GAGs) are long sulfated polysaccharides whose expression occurs on the cell surface as well as in the extracellular matrix. SARS-CoV-2 and other viruses use GAGs for the attachment to host cells. Cell surface glycoproteins can interact with GAG to mimic heparinoid polysaccharides leading to the formation of a protective barrier that prevents viral binding.

Lipids are important in the life cycle of viruses since they can act as direct receptors or cofactors for entry of virus entrance on the cell surface and in endosomes. In addition, certain viruses also utilize lipid rafts for some stages of their reproductive cycle.

Lipids can be altered by sterols that can be used to restrict viral replication. Other compounds such as sphingolipids and cyclodextrin can also inhibit the infectivity of several viruses, including coronaviruses. Sterols can be found in many organisms such as Arthropoda, porifera, algae, echinodermata, tunicata, mollusks, coelenterata, bryozoa, and chordates.

Inhibitors of specific receptors and fusion of cytoplasmic and viral membranes

Compounds that interact with the spike protein and proteases can prevent the entry of the virus inside the cell and subsequent infection. Therefore, they can be used as antiviral agents. This includes ACE2 inhibitors, TMPRSS2 inhibitors as well as biologically active substances such as flavonoids, terpenes, and peptides.

Deproteinization of the virus takes place by surface-bound proteases like TMPRSS2 and cysteine proteases in endosomes as well as other proteases such as 3CLpro, PL2pro, RNA dependent RNA polymerase, and helicase. Inhibiting these proteases can interfere with the life cycle of the virus and prevent infection.

Phlorotannins, lipids, alkaloids, terpenoids, and flavonoids are reported to be important compounds that can serve as inhibitors of the major SARS-CoV-2 proteases.

Marine bioactive compounds that can act against SARS‑CoV‑2

Other compounds such as phycocyanin, polysaccharides, lutein, vitamin E, and B12, are also derived from marine algae. One polysaccharide, lambda carrageenan which is isolated from marine red algae, has antibacterial, antiviral, anti-coagulant, and anti-cancerous properties. Both SARS-CoV-2 and influenza virus have been reported to be inhibited by it.

Furthermore, two Scleractinia-related metabolites have been found to inhibit SARS-CoV-2 Mpro, while three were found to inhibit SARS-CoV-2 RNA-dependent RNA polymerase. Marine compounds derived from the Aplysinidae family, Petrosia stronglyophora sp., as well as the soft coral Pterogorgia citrina can also act as inhibitors of Mpro. Other marine compounds such as PCBs and polysaccharides such as carrageenan, fucoidan, and alginate have also been identified to play a significant role in virus protection.

Clinical studies on iota-carrageenan–containing lozenges and iota-carrageenan nasal spray have revealed antiviral efficacy against influenza A, human coronaviruses, and human rhinovirus. Carrageenan-treated coronavirus-infected individuals were observed to have a shorter duration of illness and fewer relapses as compared to untreated individuals. Nucleoside inhibitors mycalisine A and B derived from marine sponge Mycale sp were also found to inhibit SARS-CoV-2 RdRp with greater efficacy as compared to traditional drugs such as remdesivir.

Benefits of marine sulfated polysaccharides (SPs) over other natural compounds

Marine algae thus have been identified as an excellent source of a wide range of bioactive chemicals that have antiviral, anti-coagulant, immunomodulating, cancer-fighting, and antioxidant capabilities. Recent research has highlighted the potential of marine macroalgal blooms as a never-ending source of biologically active chemicals that will lead to new therapies.

These compounds are biocompatible, safe, and biodegradable. Additionally, algae-based SPs have lower manufacturing costs as compared to plant-derived natural chemicals. Also, marine SPs being water-soluble, can be extracted using an aqueous extraction technique, making them useful in pharmaceutical businesses as their characteristics can be readily changed. Furthermore, SPs have not been linked to any known health risks in pharmaceuticals, although further research is required on their chemical characteristics, bioavailability, toxicity, and biological processes.

According to the current review, several marine chemicals might be quite effective against SARS-CoV-2. Certain marine compounds can be a better choice as compared to chemically manufactured medicines for the treatment of severe COVID-19. Marine resources are also cost-effective due to their large quantity and variety. The advancements in bioinformatics techniques, investigations on gene mutations, and multi-omics technologies can provide a potential solution to the current limitations regarding marine drug development. Further research on novel resources derived from the sea might produce promising therapeutics for COVID-19 patients.

Marine drug development faces certain obstacles. A major concern is that, despite the fact that the sea is home to many species, they are not easily accessible. A steady supply of chemicals is required to continue preclinical and clinical studies and further development of the drugs.

In a recent study under consideration at Nature Portfolio Journal and posted to the Research Square* preprint server, researchers demonstrated...

Accuracy and robustness of US CDC COVID-19 forecasting models

In a recent study posted to the medRxiv* preprint server, researchers examined the accuracy of the US Centers for Disease...

Researchers from the Center for Genome Engineering within the Institute for Basic Science developed a new gene-editing platform called transcription...

Two projects by Texas A&M AgriLife Research scientists aim to protect the U.S. cattle industry from the emerging threat of...

How do the lungs develop after taking their first breaths outside the womb? What cellular events and changes early in...