The severe acute respiratory syndrome coronavirus 2 (SARS-CoV-2) Omicron variant is highly contagious and has been associated with an increasing number of breakthrough infections.

Recent guidelines published by the United States Centers for Disease Control and Prevention (CDC) recommend that healthcare workers who are diagnosed with the coronavirus disease 2019 (COVID-19) can return to work within five days if they are asymptomatic or have only experienced mild to moderate symptoms that are improving. Importantly, infected healthcare workers can return to work even without a negative rapid antigen test (RAT) result. 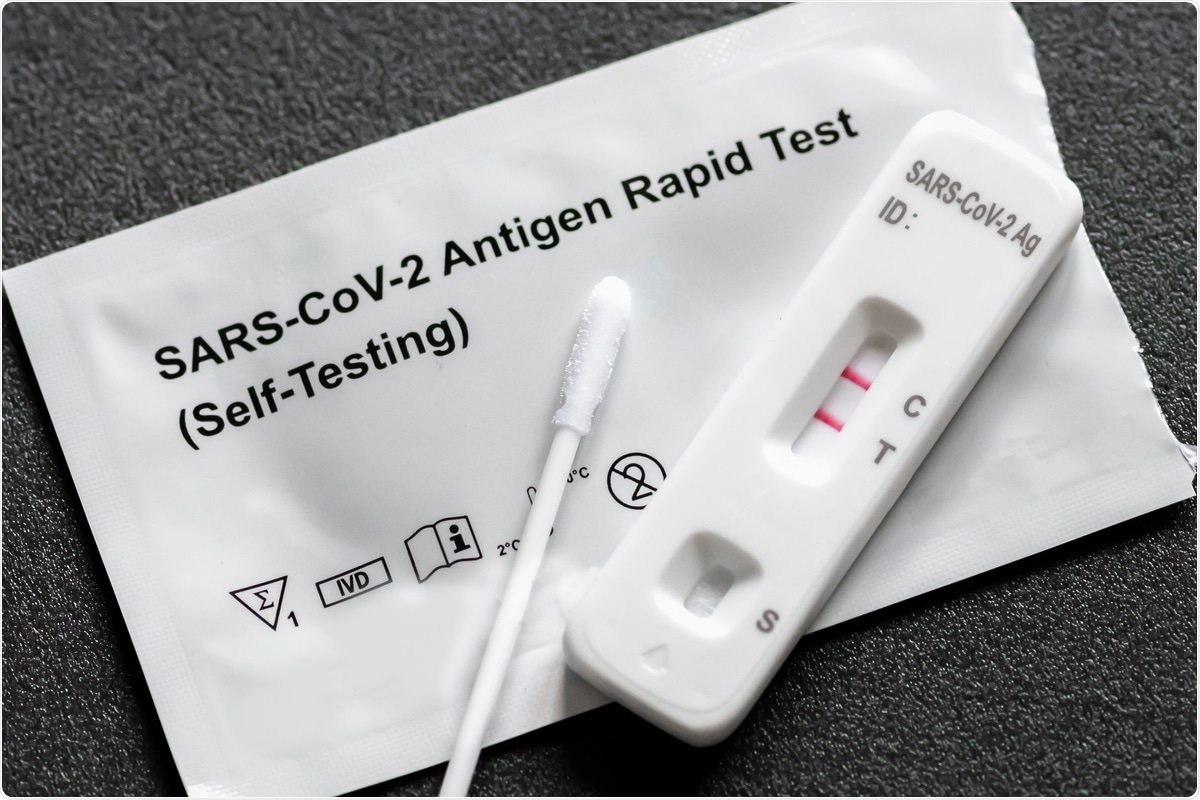 A new study published on the preprint server medRxiv* shows that a high proportion of individuals still tested positive for SARS-CoV-2 infection using RATs after five days of quarantine.

After SARS-CoV-2 infection, viral shedding begins two to three days before the onset of symptoms. Viral shedding correlates with infectiousness or contagiousness.

Maximal virus shedding is often observed one day before the onset of symptoms. On average, infectiousness continues through day three of illness.

The current study assessed healthcare workers from a large, urban, academic medical center. All participants were fully vaccinated and non-immunocompromised.

Individuals who tested positive for SARS-CoV-2 starting in late December 2021 were selected for the study, which is when the Omicron variant was widely circulating. All infected healthcare workers were allowed to return to work early if all symptoms had resolved except for mild, intermittent cough and/or lingering loss of taste/smell. Importantly, a negative RAT was required before the healthcare worker was allowed to return to work.

Quidell Quickview (San Diego, CA, USA) point of care RAT was performed on qualifying healthcare workers as soon as day five of their illness. Day 1 of illness was the start of symptoms or test date if asymptomatic.

A total of 260 healthcare workers were tested between days five and ten of their illness between January 2, 2022, and January 12, 2022. Taken together, 309 tests were performed.

Participation in this study was voluntary; therefore, all healthcare workers did not report every day for testing. Many non-medical factors may have influenced the timing of the RAT.

Since RAT test results correlate with the presence of cultivable viruses, it is believed that healthcare workers with positive RAT are likely still contagious; however, this correlation has not been established for the Omicron variant. Thus, the current study is being continued to establish this corroboration.

The SARS-CoV-2 dynamics of the Omicron variant are different from previous variants. The trend observed between the onset of symptoms and peak virus load has changed.

In light of this data, five days from symptom onset may no longer be an appropriate window to end isolation. Instead, a negative RAT should support a safe exit from isolation.

The current study demonstrates that a substantial proportion of individuals with COVID-19 are assumably still contagious after day five of illness. This is independent of the status of symptoms.

If individuals return to their communities or work settings between days six and ten of illness, it may increase the spread of SARS-CoV-2 to others. As a result, more workers will likely get infected with SARS-CoV-2, thereby undermining the intended benefits of a shortened quarantine period to staffing issues.

In a recent study posted to the bioRxiv* preprint server, researchers explored the characteristics of severe acute respiratory syndrome coronavirus...

Lateral flow devices, or lateral flow tests, have played a significant role in helping to identify infectious individuals during the...

In a recent study posted to the bioRxiv* preprint server, researchers analyzed the lung and peripheral blood immune responses associated with...

Over 5.59 million people have died due to the devastating coronavirus disease 2019 (COVID-19) pandemic, which is still wreaking...

Researchers focus on how bacterial cells adapt and resist antibiotics