Macrodomains represent a unique target for pathogens with pandemic potential

Scientists have long stated that the emergence and re-emergence of infectious viral diseases, such as severe acute respiratory syndrome coronavirus 2 (SARS-CoV-2), human immunodeficiency virus (HIV), Zika virus, chikungunya virus (CHIKV), etc., pose a huge threat to humanity in terms of health and economy. Both pharmaceutical and non-pharmaceutical preventive measures are required to protect individuals from these viruses. 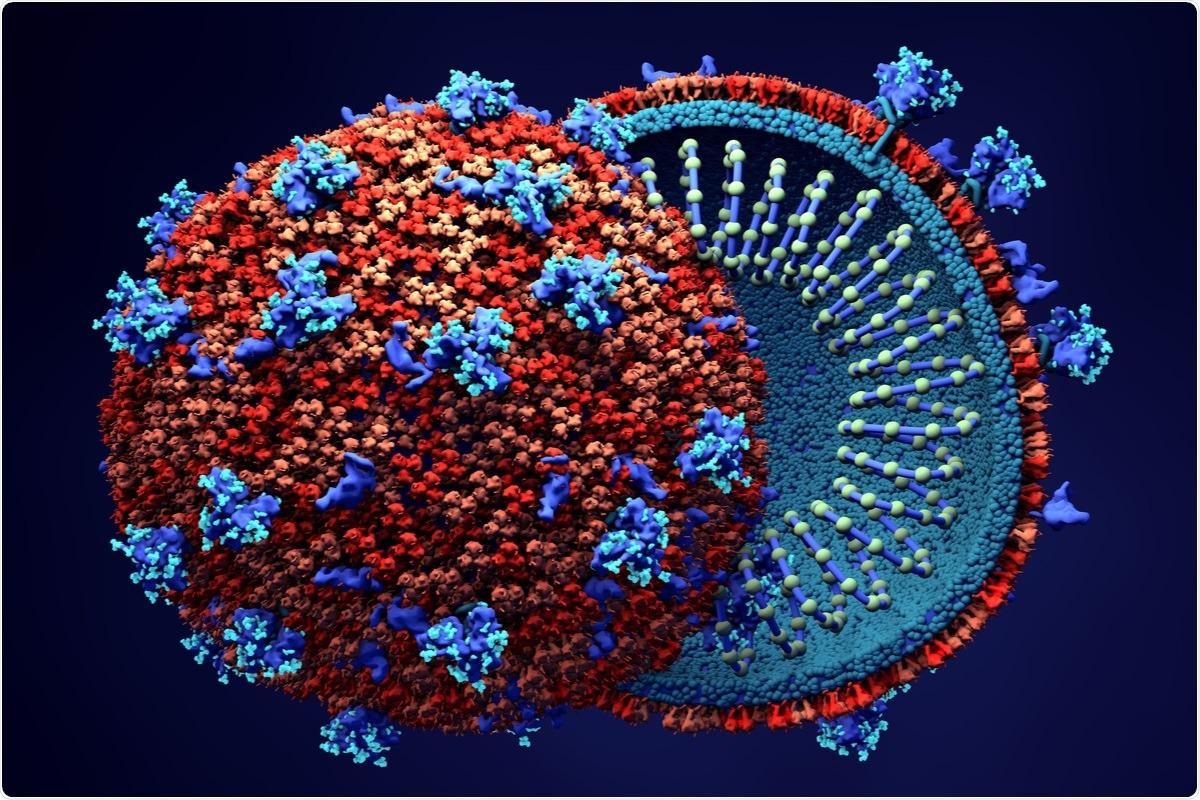 The current coronavirus disease 2019 (COVID-19) pandemic, caused by SARS-CoV-2, has highlighted the gap in preparedness to protect individuals against sudden viral outbreaks. This is mainly due to the lack in the development of antiviral agents against viruses that have the potential to cause pandemics.

Another class of virus, i.e., mosquito-borne alphaviruses, has the potential to cause a pandemic. Many individuals are affected with arthritis-causing alphaviruses, such as CHIKV, Sindbis virus (SINV), and Mayaro virus (MAYV). These viruses cause chronic joint pains. Often, viral RNA of both alphaviruses and coronaviruses persist, causing ongoing immune stimulation and prolonging symptoms.

Scientists have highlighted an urgent need for effective antiviral treatments for alphaviruses and coronaviruses. This would reduce hospitalizations, deaths, and long-term disability due to viral infections.

Previous studies have reported that both alphaviruses and coronaviruses contain a highly conserved macrodomain, which could serve as a potential target for developing antiviral drugs. Furthermore, they reported that this newly identified macrodomain is essential for viral replication and virulence.

In a new study published in the journal Pathogens, researchers have summarized the role of the macrodomain in viral replication and virulence and further reviewed the development of macrodomain inhibitors as antiviral agents.

A macrodomain is a conserved protein fold that exists as a single protein or embedded within a larger protein. Previous studies have shown that the macrodomain structure comprises a three-layered α/β/α fold and a conserved ADP-ribose binding pocket.

Several ADP-ribosyltransferases (PARPs) that, typically, transfer an ADP-ribose moiety from NAD+ onto target proteins get activated by IFN and viral infection. PARPs are identified to be IFN-stimulated genes that are conserved across vertebrates as part of the innate response to infection. 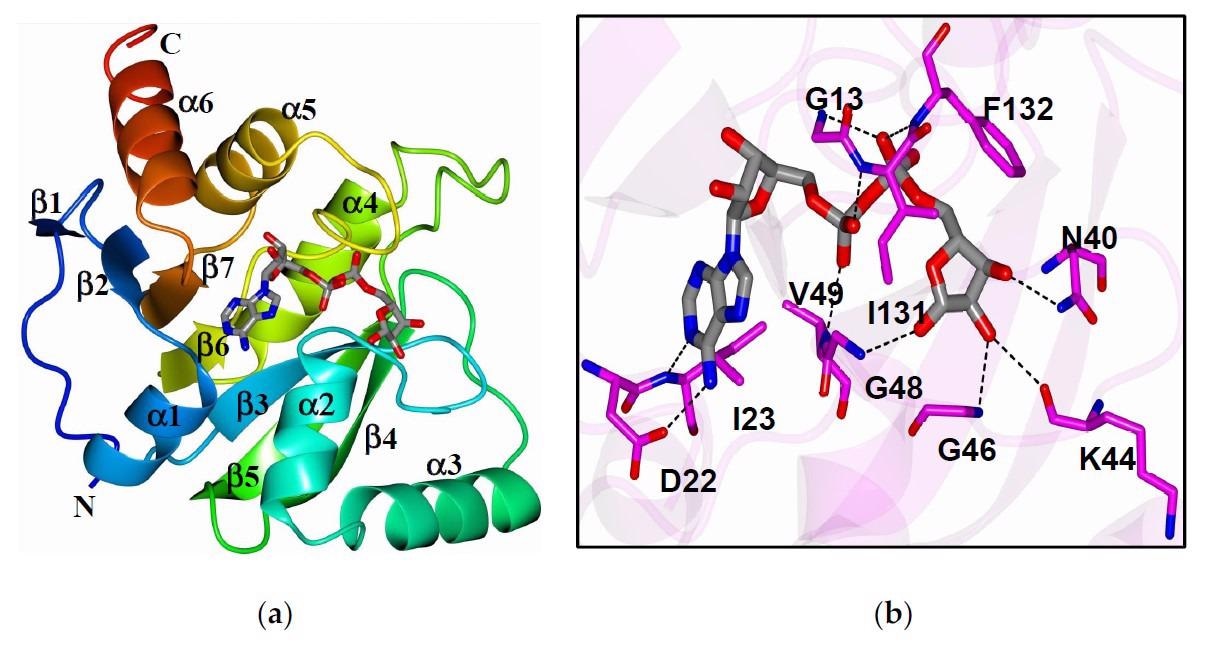 (a) The structure of SARS-CoV-2 macrodomain complexed with ADP-ribose (6WOJ); (b) hydrogen bonds (dashed lines) between amino acids in the binding pocket and ADP-ribose. Obtained from Alhammad et al., 2020.

Several studies have documented the importance of some PARPs in host antiviral responses. These studies have reported that overexpression of PARPs restricts the replication of several classes of RNA viruses. For example, PARP11 and PARP12 cause inhibition of Zika virus replication through ADP-ribosylating non-structural proteins, which target them for degradation.

Recent genomic analyses of SARS-CoV-2 sequences, especially all sequences of variants of concern, revealed that critical residues for binding ADP-ribose remained highly conserved. This highly conserved sequence could be used as a potential target to design antiviral agents that could be effective across different virus families.

One of the advantages of choosing the macrodomain as a drug target is that over 500 structures are already available in the Protein Data Bank. Additionally, among these 500 sequences, 314 belong to viruses and 130 to humans. Structural analysis of SARS-CoV-2 macrodomains has shown the presence of three defined druggable “pockets” near the active site. These sites are regarded as potential targets for small molecule inhibitors. ADP-ribose binds to the largest pocket (P1), whereas the neighboring P2 and P3 could be further explored for structure-based drug discovery.

Are there any risk factors that predispose patients to severe COVID-19 outcomes? A recent study published in the medRxiv* preprint...