As of January 27, 2021, the severe acute respiratory syndrome coronavirus 2 (SARS-CoV-2)  has infected over 363 million individuals around the world and caused the deaths of almost 5.7 million. The SARS-CoV-2 infection causes a variety of influenza-like symptoms; however, in a minority of cases, it can quickly progress to pneumonia, acute respiratory distress syndrome (ARDS), and death.

The role of interferon-λ (IFN-λ) in SARS-CoV-2 infection and pathogenesis is unknown. Although patients with severe coronavirus disease 2019 (COVID-19) have higher amounts of pro-inflammatory cytokines and chemokines in their blood, they have lower levels of type I and III IFN, thereby suggesting virus-induced antagonism or skewing of antiviral responses. 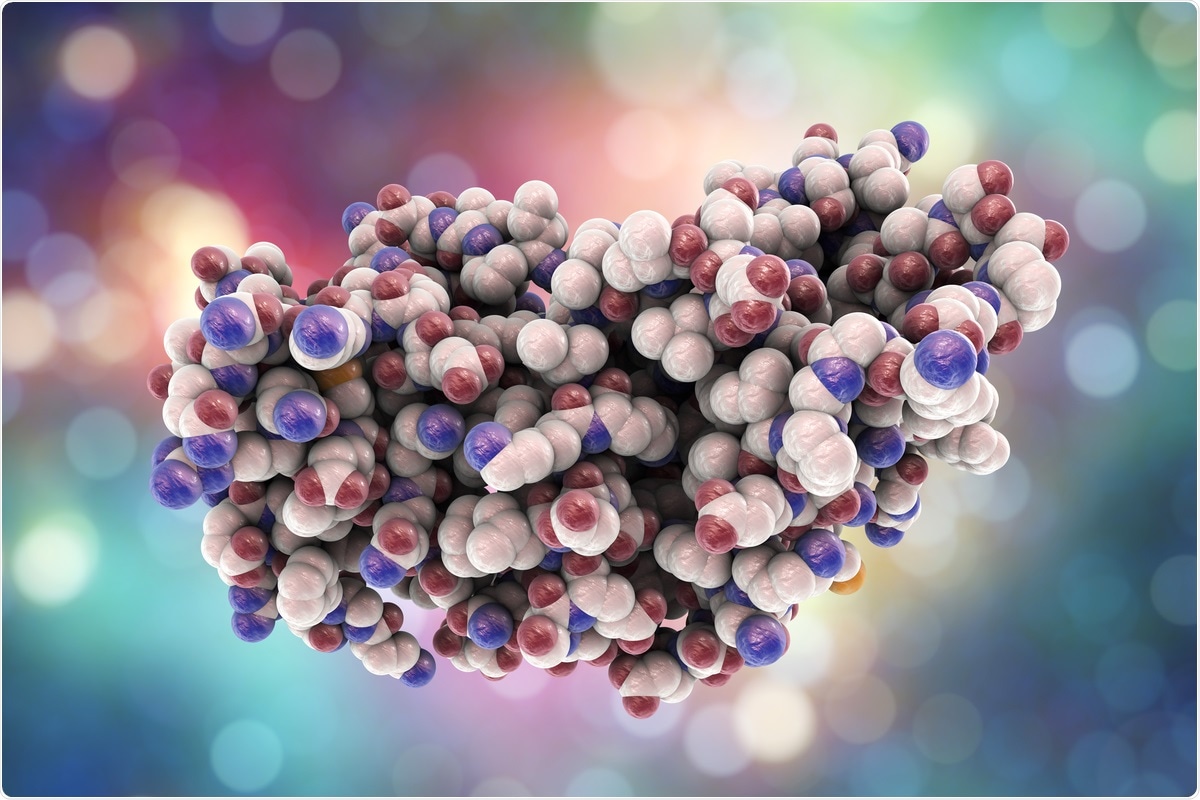 Despite this, higher serum IFN-λ levels were linked to reduced viral infection in the respiratory tract and faster viral clearance in one human trial. Furthermore, a higher IFN-λ to type I IFN ratio was linked to a better outcome. IFN-λ expression in the respiratory tract varies with location, viral burden, and illness severity and may have opposing functions at different anatomical sites in COVID-19 patients.

In a recent study published on the preprint server bioRxiv*, researchers investigate the possible efficacy of IFN-λ in the context of SARS-CoV-2 infection in mice. To this end, Ifnlr1-/- (also known as IL28R-/-) C57BL/6 mice infected with SARS-CoV-2 Beta (B.1.351) or Omicron (B.1.1.529) variants had greater viral loads in the respiratory tract, thereby demonstrating that IFN-λ plays a protective role against SARS-CoV-2 infection.

In the current study, the authors inoculated six-week-old wild-type (WT) and congenic Ifnlr1-/- C57BL/6 mice with 105 focus-forming units (FFU) of SARS-CoV-2 B.1.351 virus, which contains K417Y, E484K, and N501Y substitutions in the spike receptor-binding domain (RBD) to assess the importance of IFN-λ signaling in protecting against SARS-CoV-2 infection.

As compared to WT mice, Ifnlr1-/- mice had greater viral ribonucleic acid (RNA) levels in nasal washes and lung homogenates at seven days post-infection (dpi). According to these findings, the researchers found significantly larger quantities of infectious virus in the lungs of Ifnlr1-/- mice at seven dpi using a plaque assay.

The authors then determined whether IFN-λ had any protective benefits against the new SARS-CoV-2 B.1.1.529 Omicron strain, which possesses mutations that are associated with the ability of this variant to evade vaccines and therapeutic antibodies. The scientists infected three-month-old WT and Ifnlr1-/- mice with 105 FFU of B.1.1.529 and found that at five dpi, Ifnlr1-/- animals had greater levels of viral RNA in nasal turbinates, nasal washes, and lungs.

The authors then tested exogenous IFN-λ2 for its ability to protect mice against SARS-CoV-2 infection. K18-human angiotensin-converting enzyme 2 (hACE2) transgenic mice express hACE2 under the control of the epithelial cell cytokeratin-18 promoter and are extremely susceptible to SARS-CoV-2-induced pneumonia and brain infection. As a result, these mice were used for this set of experiments.

K18 mice that were intranasally administered IFN-λ2 showed significantly decreased amounts of viral RNA and infectious virus in the nasal turbinates, nasal washes, lungs, and brain at three dpi, whereas mice that were intraperitoneally administered IFN-λ2 did not exhibit this response. Based on these findings, the authors decided to adopt intranasal IFN-λ2 delivery for the rest of the research.

The authors used a single intranasal dosage of IFN-λ2 at day two or three before inoculation with WA1/2020 D614G to extend the window of prophylaxis in K18-hACE2 mice. At three dpi, IFN-λ2 treatment resulted in decreased viral RNA levels in the nasal turbinates, nasal washes, and lungs, but not in the brain.

To test the therapeutic efficacy of IFN-λ2, the researchers gave K18-hACE2 mice a single dosage of IFN-2 through nasal route eight hours after infection, and mice were euthanized 3 days later. In the nasal turbinates, lungs, and brains of IFN-λ2 treated mice, viral RNA levels were lower, as were infectious virus titers in the nasal turbinates and lungs.

When compared to PBS-treated mice, therapeutic treatment of IFN-λ2 did not diminish the viral burden in nasal washes. The researchers also used IFN-λ2 as a two-dose therapy at one and two dpi, which reduced viral RNA loads in the nasal turbinates and lungs but not in nasal washes or the brain. This IFN-λ2 treatment scheme also resulted in lower amounts of infectious virus in the lungs.

The authors of the current study demonstrate that the nasal injection of IFN-λ provides pre-and post-exposure protection against infection by multiple SARS-CoV-2 strains, including key variants of concern, without generating significant inflammation. IFN-λ controls infection in the lungs by acting on radio-resistant cells.

Additional treatment studies are needed to assess the potential of IFN-λ as a widely acting antiviral drug against SARS-CoV-2 and its numerous variants.

Glioblastomas (GBMs) are highly aggressive cancerous tumors of the brain and spinal cord. Brain cancers like GBM are challenging to...

Hyaluronic acid, or HA, is a known presence in pancreatic tumors, but a new study from researchers at the University...

Researchers at the University of North Carolina at Chapel Hill and the UNC Lineberger Comprehensive Cancer Center have uncovered a...

Olympus continues to demonstrate its commitment to advancing bioscience research with the opening of the new Olympus Discovery Center at...