In a recent ACS Applied Materials & Interfaces study, researchers develop a low-cost, non-toxic, and scalable antimicrobial polymer that can be functionalized on diverse fabrics. 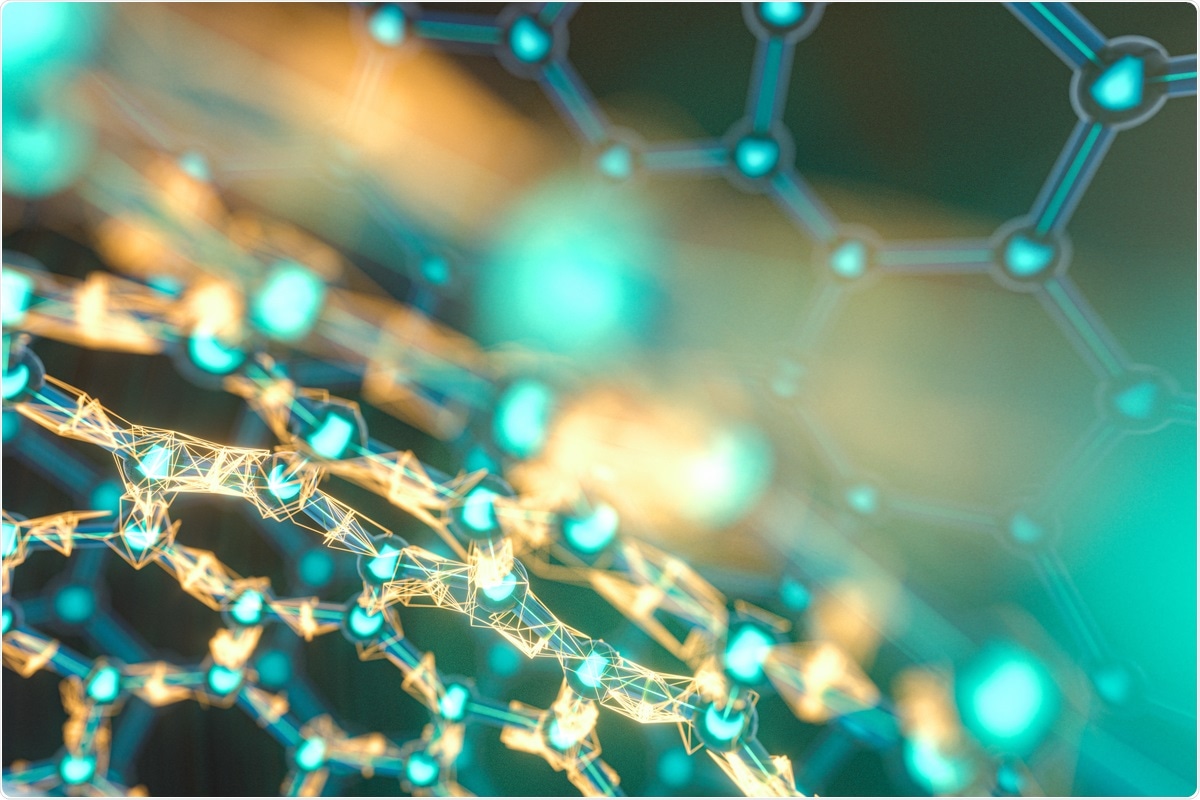 The global burden of antimicrobial resistance is growing in enormous proportions as a result of the continual use and misuse of antibiotics. In particular, certain bacteria such as methicillin-resistant Staphylococcus aureus (MRSA) and Escherichia coli (E. coli) can cause major infections in healthcare settings. Typically, these hospital-acquired infections (HAIs) are caused by the transmission of microorganisms between patients and healthcare workers through exposure to contaminated surfaces. Estimates suggest that up to 100,000 deaths each year in the United States are due to HAIs.

In addition to HAI mortality, coronavirus disease 2019 (COVID-19), which is caused by the severe acute respiratory syndrome coronavirus 2 (SARS-COV-2), has claimed over 5.84 million lives worldwide, almost one million of which were reported in the United States alone.

While vaccines and universal masking have greatly reduced the transmission of SARS-CoV-2, several factors including immune-evading variants, asymptomatic carriers, and higher patient viral loads have supported the development of more potent antiviral measures that can be applied in high-risk settings.

While numerous antimicrobial chemicals, nanoparticles, hydrophobic coatings, and photosensitizers that generate reactive oxygen species from atmospheric oxygen have been studied, a non-specific application that can offer protection against both HAIs and SARs-CoV-2 infection is needed.

In the present study, the researchers have developed a dual-functional antimicrobial polymer-coating of fabrics in a facile procedure that utilizes a single polymer with antimicrobial functionality using amines. In addition, a covalently attached photosensitizer generates either singlet oxygen (1O2 ) or type I free radical ions that can lead to non-specific and irreversible damage to the membranes and intracellular components of various microorganisms.

To this end, the researchers prepared the antimicrobial polymer (PRB) by condensing aminopropylmethylsiloxane-dimethylsiloxane copolymer (PNH2-7) with 0.048 molar equivalents of Rose Bengal lactone (RBL). Importantly, both PRB and RBL have been assessed for their safety, both of which are non-toxic upon human exposure. Both PRB and RBL were photocross-linked through the use of tetraphenylporphyrin (TPP) as their 1O2 source for the oxidation of the primary amine functionalities.

The fabrics were then soaked in the solubilized polymer solution containing the cross-linking photosensitizer. This was followed by 405 nanometers (nm) irradiation to fix the polymer onto the fabric through 1O2 cross-linking.

Characterization of the physicochemical properties

The researchers tested the mass change of the treated fabric, as well as its surface roughness and hydrophobicity at different polymers 1%, 5%, and 13% weight. The change in mass determined the extent of polymer crosslinking and attachment to the fibers. Notably, the 13% polymer weight cotton fabric (C/P13) showed the best results of low solubility and greater cross-linking extent.

The same procedure was then used to treat other natural and synthetic fibers including linen, polyester, denim, silk, and paper. The covalent bonding between the polymers is formed in all fabrics, thereby making them hydrophobic and capable of repelling microorganisms from sticking to the fabric. The researchers found that the chemical composition of the fabric remains unchanged after treatment and that the nature of the fabric does not affect the polymer coating.

Importantly, the coating does not appear to affect the strength of the fabric. To this end, the fabric’s mechanical properties were found to be retained as a result of the mild treatment process and inherent flexibility of the siloxane polymer.

The chemical characterization of the fabric was conducted through the use of Fourier transform infrared (FT-IR) spectroscopy. New vibrational peaks at 1,258 and 793 cm−1 corresponding with the PNH2-7 siloxane backbone were observed. The white cotton fabric turned pink due to the presence of RBL.

To assess the 1O2 generated by the treated fabrics, the researchers monitored the oxidative degradation of uric acid using ultraviolet (UV)-visible spectroscopy. Continuous irradiation for 24 hours showed that 1O2 was no longer generated, thereby demonstrating the potential limitations associated with using organic photosensitizers for long-term applications.

Taken together, these disinfection rates of 28-fold and three-fold against E.coli and MRSA, respectively, demonstrate strong aPDI activity with a greater antibacterial rate than the passive contact killing. The large differences in the rate of bacterial inactivation by aPDA and passive action are due to differences in the cell wall composition and antioxidant content.

The researchers also tested whether the coating reduced the infectivity of SARS-CoV-2 by bathing treated fabric in a solution of virus particles and then adding that solution to host cell lines. The passive properties were not effective against SARS-CoV-2; however, when the treated fabric was exposed to green light for two hours, there was up to a 90% reduction in the infectivity of SARS-CoV-2.

Notably, the efficacy of the new fabric against SARS-CoV-2 was demonstrated by Dr. Jean’s team at UBC FINDER, the state-of-the-art level three biocontainment facility founded by Dr. Jean in 2010.

The current study demonstrated the photo-crosslinking of an amine-containing siloxane copolymer coating onto fabrics at room temperature within one hour. The process used to create these hydrophobic fabrics allowed for its low leaching in organic solvents without compromising the tensile strength and elongation of the fabric fibers.

The researchers here demonstrated the ability of this novel fabric to inactivate E. coli, MRSA, and SARS-CoV-2. Therefore, following further research in improving the photostability of the coating, the researchers anticipate broad applications on a wide array of textiles for antimicrobial coatings in healthcare settings.