The coronavirus virus 2019 (COVID-19) pandemic has been caused by the rapid outbreak of the severe acute respiratory coronavirus syndrome 2 (SARS-CoV-2) virus. Like others, the cultural sector, including orchestras and choirs, has been severely affected. It is assumed that singing and wind instruments pose a high risk of infection, due to which rehearsals and concert activities of professional orchestras and choirs have been severely restricted. 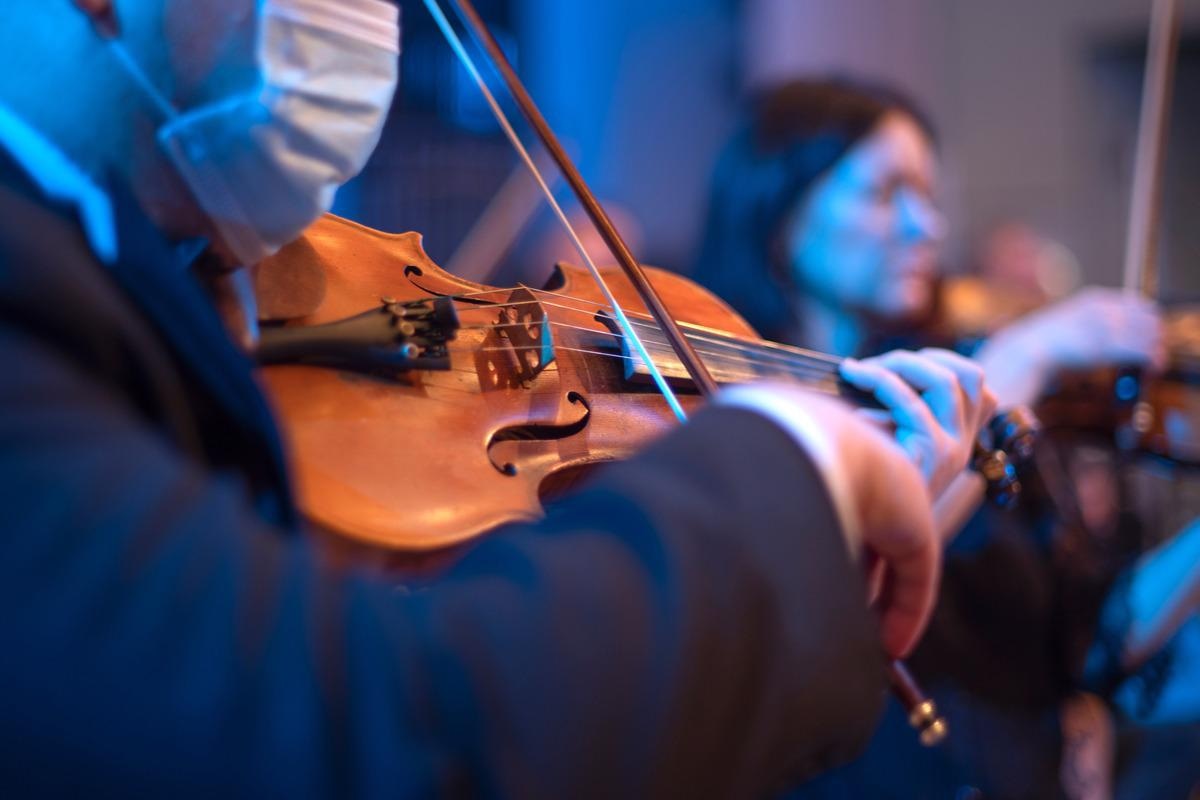 A new study available on SSRN* aimed to study the incidence of SARS-CoV-2 infections in orchestra and choir musicians compared to controls. Researchers also assessed influenza, flu, or upper respiratory tract infections in the study.

With the onset of the pandemic, many choirs and orchestras were banned from rehearsing and performing. This group was assumed to be at a higher risk due to the increased emission of potentially infectious droplets while performing. Additionally, choirs and orchestras are not capable of maintaining social distancing. However, subsequent research has documented that droplet emissions from wind instruments are much lower than widely assumed, while for singers, it is much higher than during normal speaking.

Previously, some researchers have conducted technical studies to quantify aerosol production when singing or playing wind instruments. Others have developed mathematical models to calculate infection risk or exposure to infection in different environments. Two retrospective studies have focused on choir practice and investigated possible cluster events of COVID-19 infections.

The current study is the first epidemiologic study to explore the incidence of COVID-19 infection among professional orchestra musicians and singers, compared with controls. Musicians were recruited from participating institutions throughout Germany in a three-arm prospective cohort study, between October 1, 2020, to June 30, 2021, in line with the 2020/21 performance season.

The study included 1,097 participants, with a mean age of 46.7 years and comprising 46.8% female. The sample comprised 705 orchestra musicians, 154 choir singers, and 238 control subjects. Subjects with known SARS-CoV-2 infection at the initiation of the study were excluded.

Over the 9-month observation period, a total of 40 infections occurred. Cases per person-year were 0×06 for orchestral musicians, 0×11 for choral singers, and 0×03 for controls. However, these numbers need to be interpreted with caution due to the low infection numbers and limited sample size.

Cases occurred in different ensembles and were distributed over the observation period. Researchers also stated that the intensity of exposure varied widely over time and protective measures, such as testing and vaccination, also increased during the course of the study period.

Scientists also observed that the source of infection was suspected predominantly in the private context and that the disease course was mild to moderate. Regarding percentages of study weeks, other respiratory infections were reported in 6×1% of weeks for orchestras. The same percentage was 10.1% for choirs and 8% for controls. Sick leave days as a proportion of total study days were 0×5%, 2×1%, and 1×3% for the three groups, respectively.

These results imply no increased risk of infections in orchestra musicians and a trend of increased risk in choir singers with respect to controls. The positive message emanating from the study is that with appropriate hygiene concepts being implemented, orchestra and choir activity is possible even in pandemic times.

The survey was conducted throughout Germany, and, therefore, the results could be considered representative of Germany as a whole. Further, the results could also be applied to other performing arts sectors, such as theatre and musical ensembles.

Researchers explained that private infection risks that act as confounders were generally difficult to ascertain and quantify, and this should be considered one limitation of the study. It was difficult to know the exposure of family members of musicians to SARS-CoV-2, if their partners work in the health-care sector, if their children go to school, if they use public transport, etc.

This is the first epidemiologic study of professional musicians that showed that only a few SARS-CoV-2 infections occurred among the study participants. More similar cohort studies in other occupational groups are needed to make better evidence-based public health policy decisions on societal restrictions. Based on the findings of this study, the broad message is that safe music performance appears possible in pandemic times if appropriate hygiene is maintained.

This study is a preliminary scientific report that has not yet been peer-reviewed and, therefore, should not be regarded as conclusive, guide clinical practice/health-related behavior, or treated as established information.