The ongoing coronavirus disease 2019 (COVID-19) pandemic has led to a sharp rise in the use of plastics globally. To prevent the spread of the severe acute respiratory syndrome coronavirus 2 (SARS-CoV-2), the use of personal protective equipment (PPE), such as gloves, masks, etc., has become mandatory and such equipment and the packaging material make extensive use of plastics. This is detrimental to the environment because plastics disintegrate micro/nanoparticles due to physical, chemical, or biological actions. Owing to their small size, they can enter into food chains and pose significant threats to the ecosystem. Polystyrene is used in the manufacture of PPEs but is less studied regarding its eco-genotoxicity. A new study forthcoming in the journal Chemosphere studies the effects of polystyrene beads on three freshwater species. 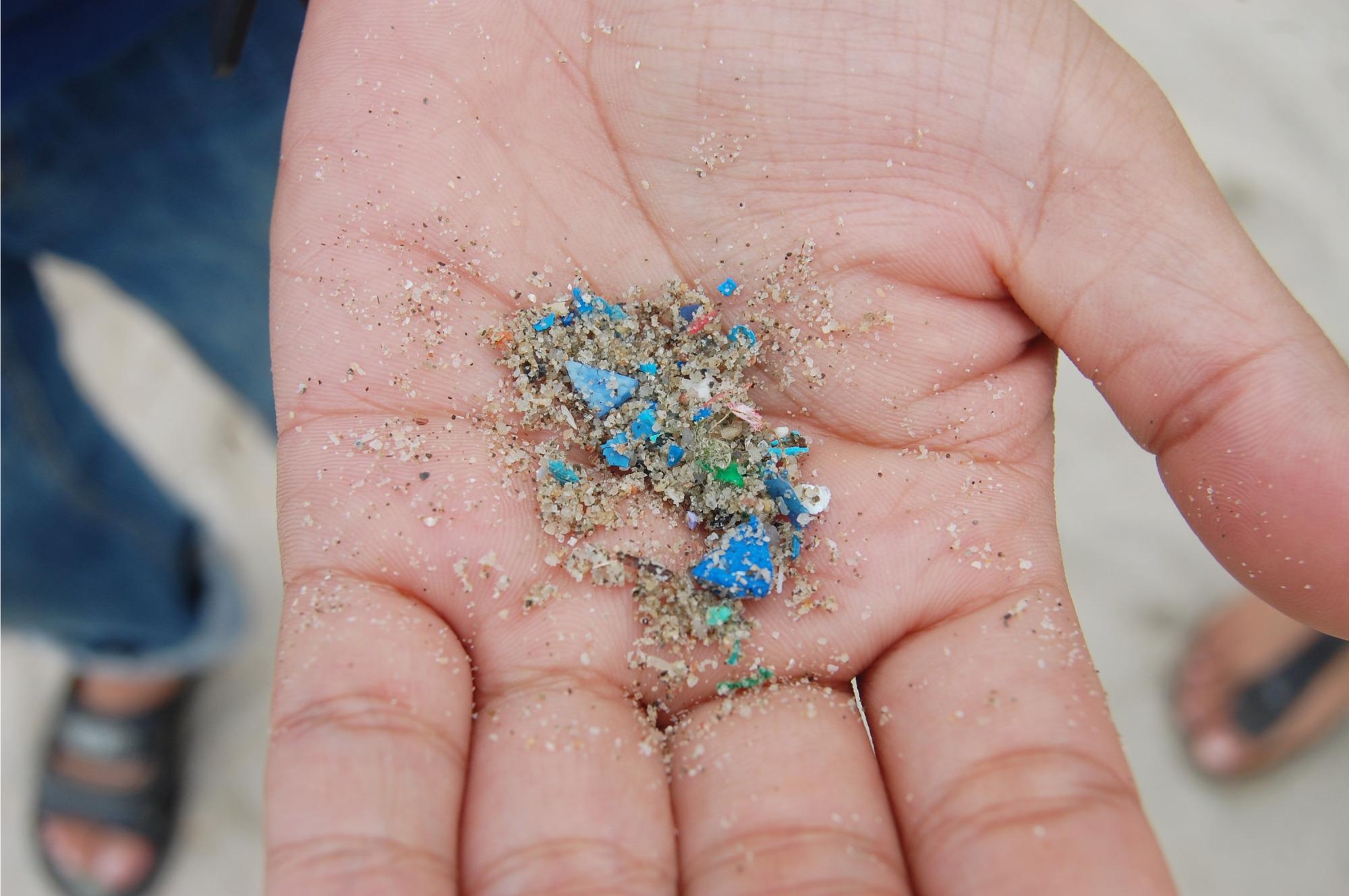 The increased use of plastics is harmful to the environment due to its long half-life, very low degradation rate, and poor waste management. To give an idea of the scale of the problem, the World Health Organization (WHO) estimated that 89 million medical masks were required each month in 2020. Further, the International Solid Waste Association has estimated the consumption of single-use plastics to rise by 250 to 300%, compared to pre-pandemic times. Furthermore, a recent study has shown that more than eight million tons of plastic waste were generated globally in response to the pandemic, and more than 25,000 tons entered the oceans. This has raised the presence of microplastics (MPs) and nanoplastics (NPs) in the aquatic environment.

Some studies have already focused on the distribution and the occurrence of MP in the marine environment, while others have focussed on the toxicity of microplastic particles or single polymers. There are very few studies that look into the effect of the pandemic on waste and plastic pollution. The MP particles of polystyrene have been observed to be genotoxic and this could be due to the production of reactive oxygen species (ROS).

The current study expands the knowledge on the acute, chronic, and subchronic effects of MP polystyrene beads (PS-MP, size 1.0 µm) on three species of the freshwater chain. These species are the green alga Raphidocelis subcapitata, the rotifer Brachionus calyciflorus, the cladoceran crustacean Ceriodaphnia dubia, and the benthic ostracod Heterocypris incongruens. Researchers also studied the genotoxicity and ROS production in C. dubia. Next, using light microscopy, scientists also explored the presence of PS-MP in the gut of daphnids and also calculated the risk quotient (RQ) to estimate the risk posed by PS-MPs in the freshwater environment. 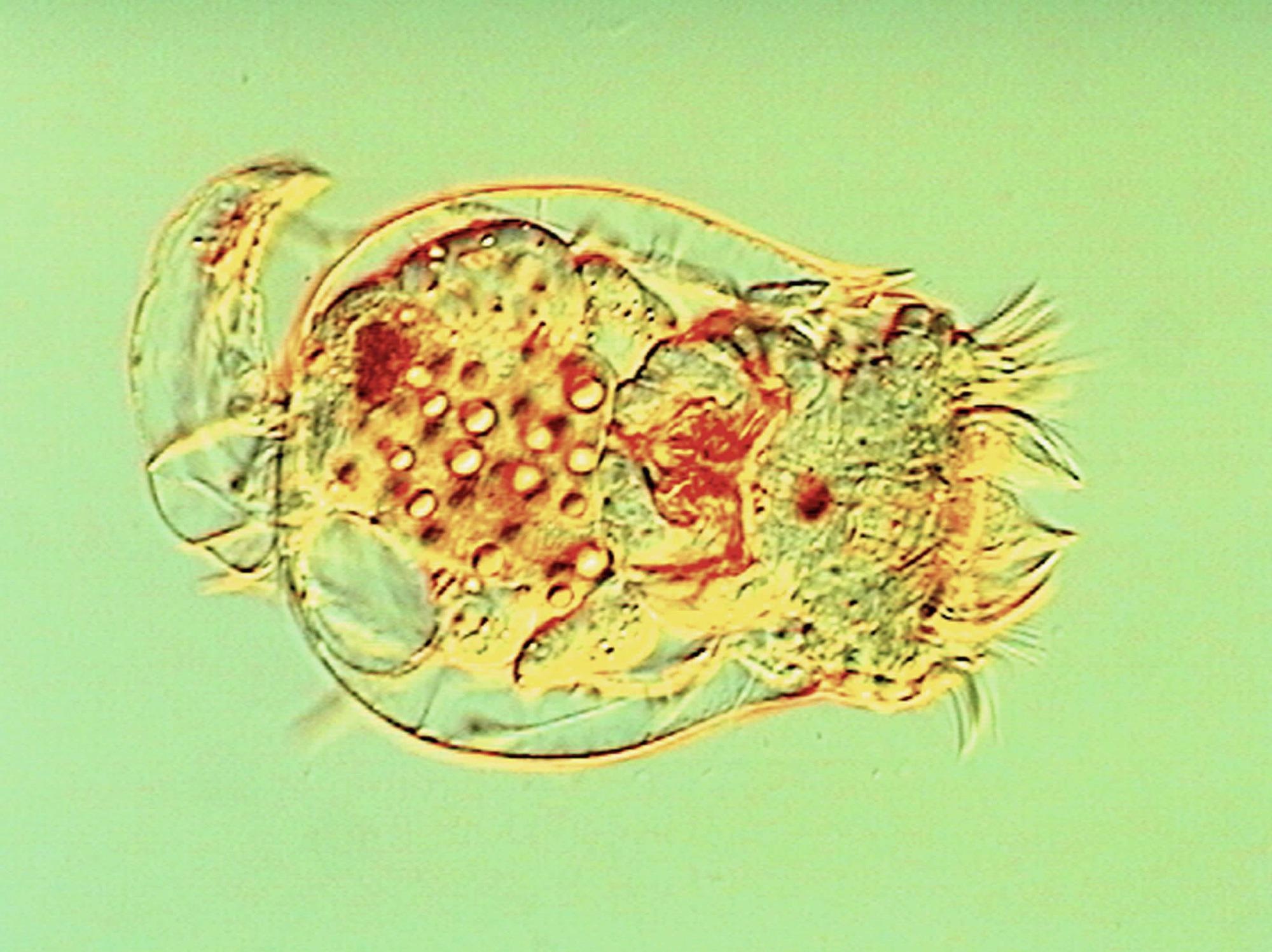 Researchers observed that the organisms acutely affected by 24 hour – PS-MP exposure were the rotifer and the cladoceran crustacean. In addition, an independent study found the median immobilization of Daphnia pulex to be around 76.69 mg/L, and this number was well within the confidence interval obtained by the authors of the present study.

The crustacean C. dubia was the organism most affected by the PS-MP. Its EC50, after 7 days exposure, was in the order of units of µg/L (106 p/L) and it also reported a lowest observed effect concentration (LOEC) value in the order of tenths of µg/L (105 p/L). These values signify operating very close to what could be considered to be an environmental concern. Further, researchers also observed that the gut of C. dubia was filled with PS-MP after 24 hours exposure, at concentrations ranging from 8.5 µg/L through 85 mg/L. The former concentration corresponds to 50% mortality while the latter is 100% mortality.

Scientists stated that the exposure of aquatic organisms to PS-MP could lead to long-term toxicity and also have adverse effects, including DNA damage. By exposing C. dubia neonates to PS-MP for 24 hours, they demonstrated the alterations in genetic material and production of ROS. Previous studies have also shown that exposure to PS-microparticles or PS- nanoparticles could increase the amount of ROS, causing the breakage of DNA strands.

The value of PS-MP RQ was computed to be equal to 7.2, absolutely above the threshold value of 1, signifying severe environmental concern for the freshwater ecosystem. The results documented herein show conclusively that during the COVID-19 era, the consumption of plastic materials, including polystyrene products, has led to an abundant deposition of micro and nanoplastics in the environment.

The current study has provided novel insights into the eco-geno /toxicological implications of the 1 µm polystyrene, considered to be a borderline size between micro- and nanoplastic particles. This contaminant has been seen to pose serious risks to freshwater organisms, as plastic particles can easily bypass conventional treatment plants. Additionally, these particles could act as carriers of toxins, pathogens, or other hazardous elements, thereby compounding the problem. As there are no concrete solutions to remove microplastic particles, it is absolutely essential to adopt sustainable strategies that prevent further plastic pollution.

In a recent Science Translational Medicine study, researchers assess the implications of the coronavirus disease 2019 (COVID-19) booster vaccine on...

In a recent study published on the bioRxiv* preprint server, researchers demonstrate that avasimibe (AVS)-mediated inhibition of Acyl-CoA: cholesterol acyltransferase...

Impact of COVID-19 infection and vaccination on antibody response

A recent study posted to the medRxiv* preprint server assessed the impact of coronavirus disease 2019 (COVID-19) and its vaccination...

When symptoms linger for weeks, is it long covid?

Many Americans are discovering that recovering from covid-19 may take weeks or even months longer than expected, leaving them with...

How effective is mRNA vaccination in multiple myeloma patients?

Since the beginning of the pandemic, governments and healthcare experts have been warning that 'at-risk' individuals stand to suffer far...

In a recent pre-print study posted to Research Square* whilst under review for publication in Molecular Biology reports, researchers evaluated the association...