In a recent study posted to the bioRxiv* preprint server, researchers conducted a phylogenetic investigation of the human parainfluenza type 3 virus strain (HPIV3) that caused an outbreak in South Korea amid the coronavirus disease 2019 (COVID-19) pandemic. 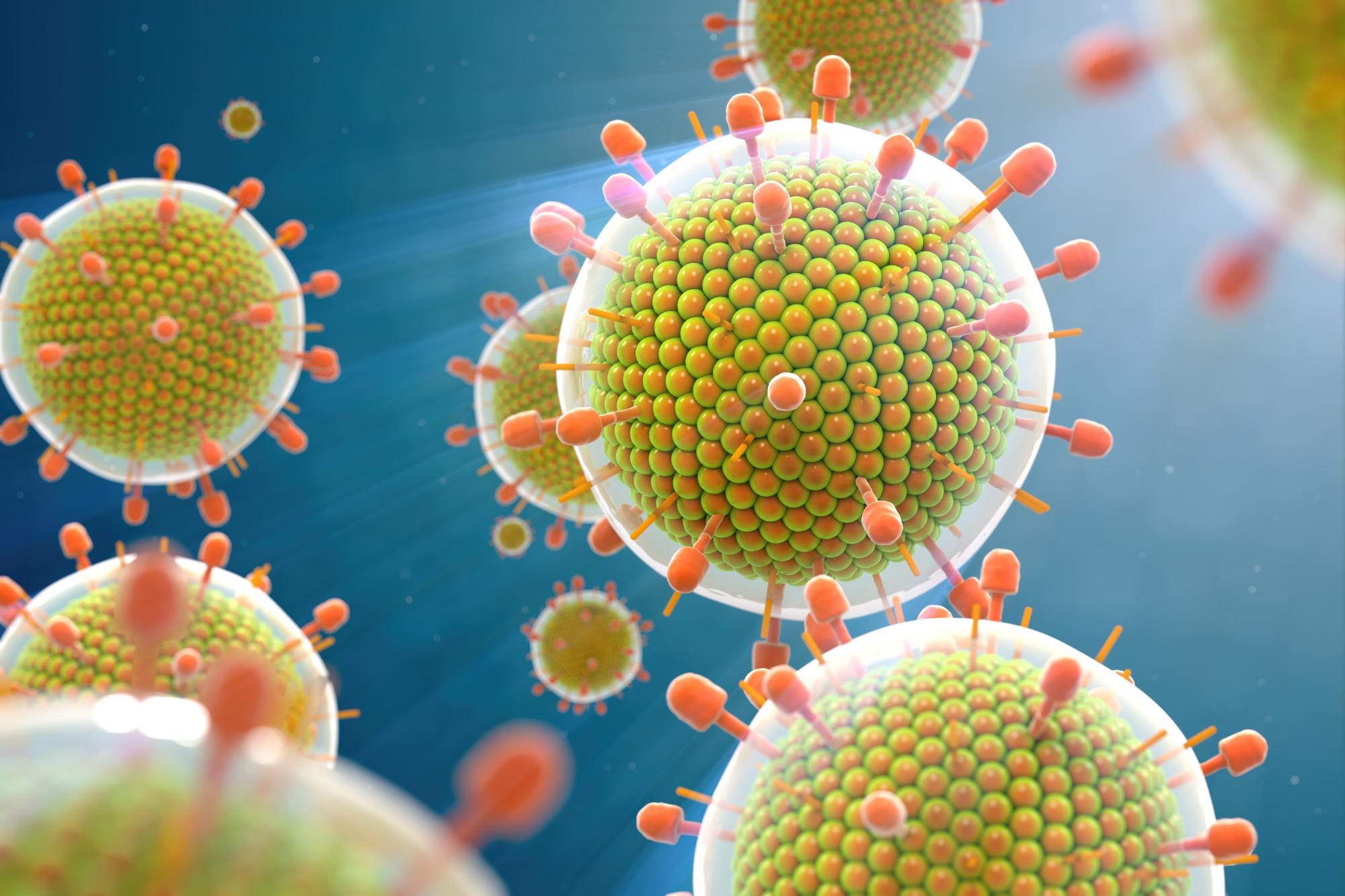 HPIVs are significant respiratory pathogens that render acute respiratory infections in children and babies. There are four types of HPIVs: HPIV1, HPIV2, HPIV3, and HPIV4. HPIV3, which comes under the Respirovirus genus in the Paramyxoviridae family, is the most frequent kind of HPIVs and is typically linked to lower respiratory tract infections (LRTIs). HPIV3 infections have a distinct seasonal pattern, peaking in late spring and summer. However, in Korea, an out-of-season HPIV3 resurgence has been seen from September 2021. This was despite the presence of the COVID-19-related non-pharmaceutical interventions (NPIs).

The results indicated that of the 61 HPIV3-positive NPS samples, 29 and 32 belonged to female and male patients, respectively. The median age of the subjects was two years. LRTI symptoms, like bronchiolitis and pneumonia, were seen in 6.6% and 34.4% of patients, respectively. In children and infants, the most common diagnosis was upper respiratory tract infection (URTI), which was succeeded by croup, bronchiolitis, and pneumonia. The HPIV3’s prevalence pattern in 2021 in South Korea was distinct from the last five years, with an unanticipated surge starting in September, lasting throughout the winter, and a high positivity rate. 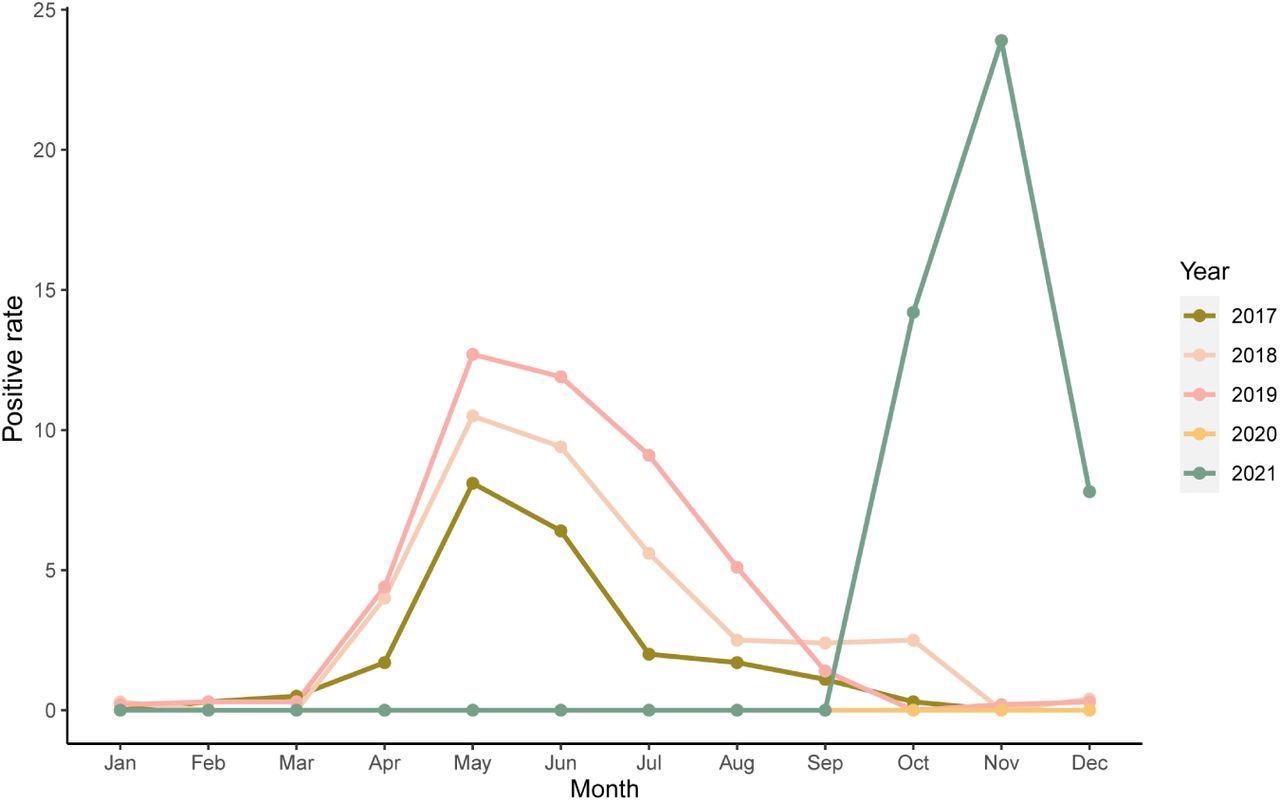 Seasonality pattern of human parainfluenza virus 3 (HPIV3)-positive cases per month between 2017 and 2021. The positivity rate was defined as the number of HPIV3 positive cases compared to the total number of multiplex real-time polymerase chain reaction tests.

According to the phylogenetic tree, all Seoul HPIV3 strains belong to the phylogenetic subcluster C3. Nevertheless, these strains established a distinct cluster from the C3a lineage, which was named in the study as C3h lineage. With a p-distance of less than 0.001, this cluster had 99% bootstrap support. The genetic distances varied from 0.013 in C3a to 0.023 in C3c in other C3 lineages.

As per the deduced HN gene’s amino acid sequences, the four protein alterations in Seoul HPIV3 strains (E514K, G387S, K31N, and A22T) were seldom seen in other reference strains. Only the KJ672532, C3d reference strains had the E514K mutation, which was found in four Seoul HPIV3 strains. In four Seoul HPIV3 strains (HPIV3/SEL29, 26, 22, and 21), G1540R, a heterozygous mutation was found at the equivalent nucleotide position of 1540. The forward and reverse amplicon reads confirmed this heterozygosity. Finally, 257 and 15 negative and positive selection sites were predicted, respectively, using fast unconstrained Bayesian approximation (FUBAR) and mixed-effects model of evolution (MEME) methods. The predicted negative selection site included G387S and A22T substitutions. 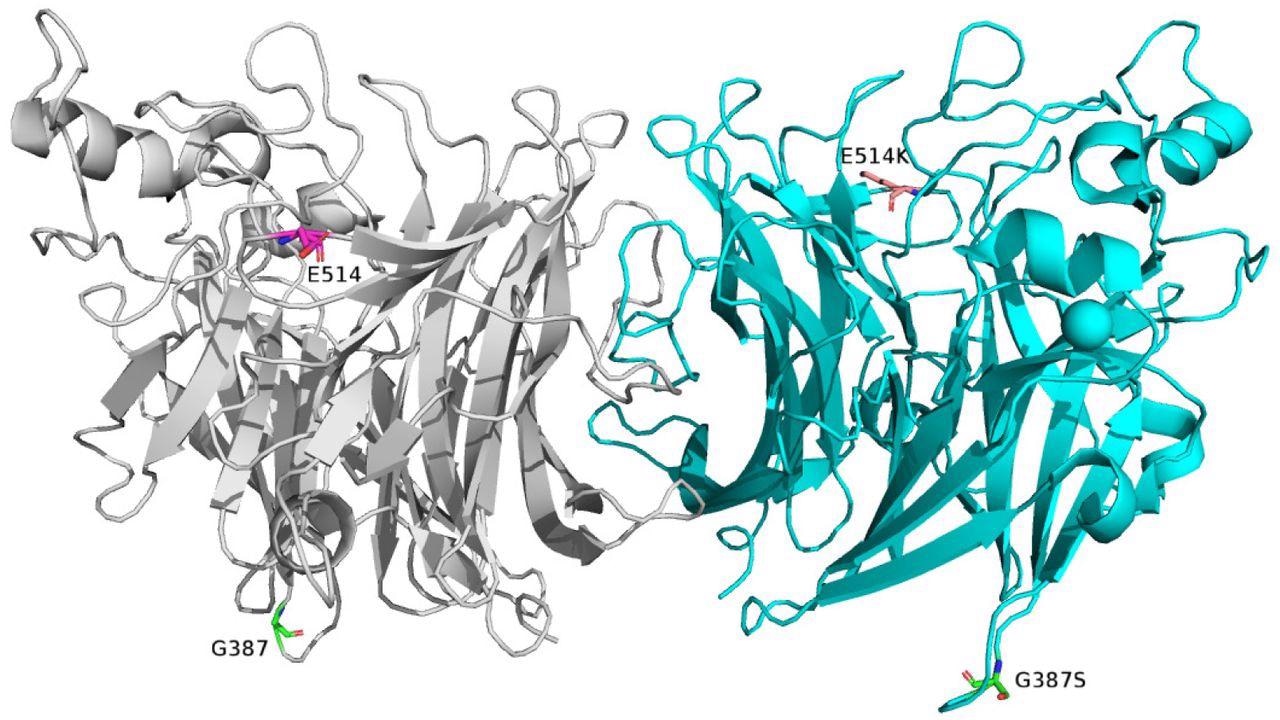 Molecular structure of the HPIV3 HN protein with monomers colored gray (left) and cyan (right). The structure was visualized using PyMol v2.0 (PDB no. 1V3B). The locations of G387 and E514 are highlighted as sticks in the left monomer, and G387S and E514K mutations after mutagenesis are indicated in the right monomer.

The study findings indicated that the HPIV3 peak positivity rate elevated about two-fold relative to the pre-SARS-CoV-2 pandemic phase during 2021 in Seoul. Furthermore, the phylogenetic investigations revealed that the Seoul HPIV3 strains belonged to a different cluster inside subcluster C3. Within subcluster C3, genetic gaps between the strains indicated the emergence of a novel genetic lineage. The appearance of a new genetic lineage might signal the start of a new pandemic.

As a result, due to the resurgence of respiratory pathogens, it is vital to plan for unanticipated viral epidemics and magnitudes. Although the implications of the emergence of this unique HPIV3 lineage are unknown, the current work provides deep insights into the alterations in HPIV3 that occur during the unseasonal epidemics. In addition, further surveillance of circulating HPIV3 strains is required to understand the significance of newly identified mutations.

In a recent study published in The Lancet Diabetes and Endocrinology, researchers examined the post-acute risk and burden of incident...

A recent study posted to the Research Square* server characterized the genetic and immunological aspects of the infectious bronchitis virus...