How SARS-CoV-2 infection progresses throughout the respiratory system 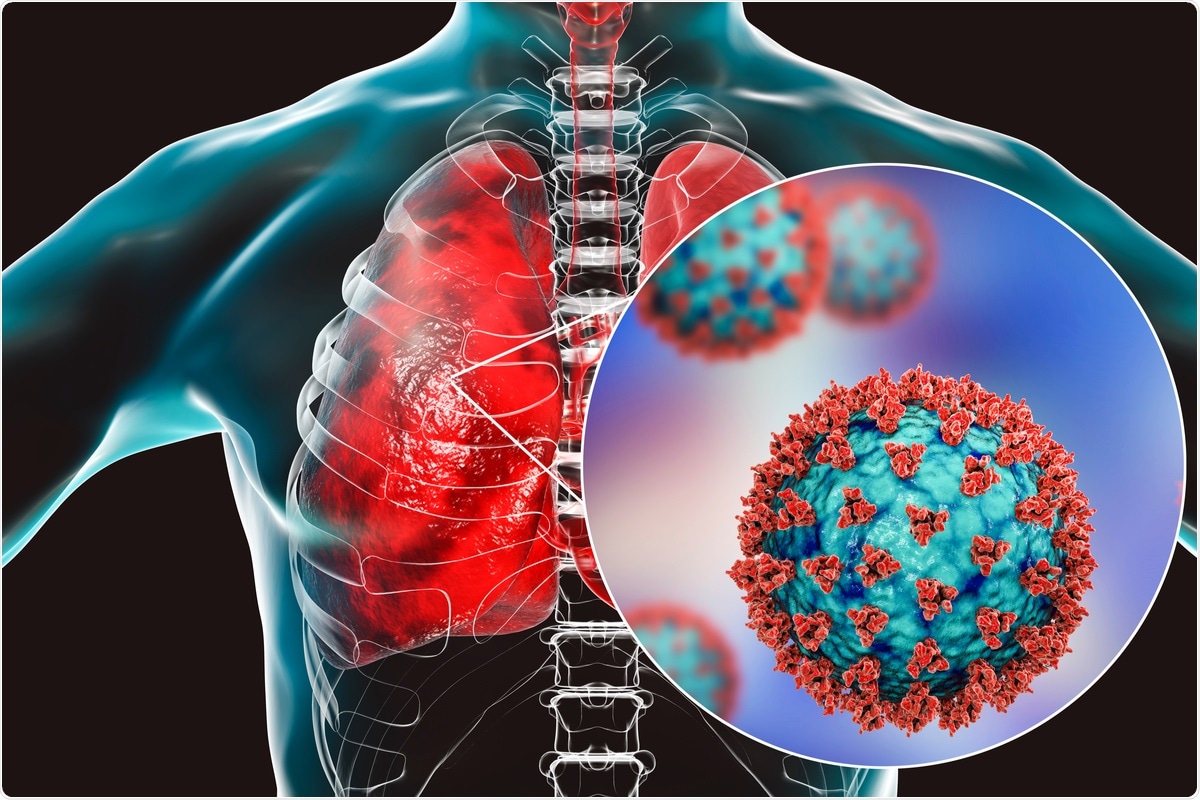 SARS-CoV-2 infection, which causes coronavirus disease 2019 (COVID-19), can lead to a range of clinical manifestations from asymptomatic cases to severe disease that can lead to acute respiratory distress syndrome (ARDS) and death in some cases. Even under medical care, COVID-19 patients will have varied responses to treatment, with critically ill patients often unable to improve significantly.

Interestingly, some treatments that are contraindicated in the early stages of COVID-19 have proven to be effective in treating later stages of the disease. In an effort to improve patient outcomes following treatment, it is crucial to understand SARS-CoV-2 pathogenesis in terms of the infection location, the specific cells that are infected, and the stage of infection.

SARS-CoV-2 in the conducting airways

Notably, the expression of ACE2 is highly variable among cells and often found at low levels. In addition to ACE2, the S protein also utilizes the transmembrane serine protease 2 (TMPRSS2) to gain cell entry, which is a serine protease that cleaves the S protein to initiate viral fusion with the cell membrane.

The initial site of SARS-CoV-2 infection is the sinonasal airway epithelium. These cells mediate mucociliary clearance, which is the primary innate defense of the lungs. SARS-CoV-2 infects the ACE2-expressing ciliated cells, replicates, and then infects the neighboring cells upon apical release, which occurs within six hours from the initial infection.

These infected ciliated cells subsequently initiate the innate immune response by secreting interferons and other cytokines. Both the propagation of the virus and activation of the immune system occur nearly simultaneously in infected tissues.

When SARS-CoV-2 succeeds in delaying or dampening the cytokine response, the infected ciliated cells shed their cilia, thus leading to impaired mucociliary clearance. The damaged ciliated and mucous cells leave a denuded epithelial barrier. However, the progenitor-basal cells, which are typically spared from infection, can proliferate and restore the damaged epithelium.

In the next stage, SARS-CoV-2 enters the lower conducting airways, where there are more ciliated cells, mucus-secreting cells, and club cells, all of which express ACE2 and TMPRSS2. This entry stage is highly facilitated for the virus in the geriatric population, as the elderly have diminished cough reflexes and reduced mucociliary clearance.

An early innate immune response is essential for subsequent activation of the adaptive immune response. While immunoglobulin M (IgM), IgG, and IgA are all important for protection against SARS-CoV-2, IgA is crucial for mucosal immunity. To this end, IgA effectively neutralizes SARS-CoV-2 in the first few weeks immediately after the onset of the symptoms.

The reduced innate immune response observed in asymptomatic individuals might cause decreased antibody and T-cell responses. Furthermore, this limited response may prevent the lasting of acquired immunity in these individuals, thereby causing possible breakthrough infections in the future.

Therapeutic strategies for early infection in the upper airways include the use of monoclonal antibodies that have been designed to block virus docking on host ACE2, as well as anti-viral drugs like remdesivir to inhibit subsequent viral replication. However, these treatment options pose challenges, such as the need for an early administration for effectiveness, logistics issues, and possible inactivity against emerging variants.

Inhaled beta interferon to stimulate the innate immune response is another therapeutic agent that is currently being evaluated in Phase II clinical trials. Both systemic and inhaled steroids also remain of interest; however, conclusive results from clinical trials have yet to be achieved.

SARS-CoV-2 in the gas exchange units of lungs

The impact of SARS-CoV-2 in the gas exchange portions of the lung is the primary cause of COVID-19 severity and related mortality. SARS-CoV-2 infection in this region causes progressive hypoxia associated with pulmonary infiltrates, causing alveolar flooding and a robust influx of inflammatory cells.

Rapid progress to ARDS is aided by alveolar damage with loss of functional surfactant, hyaline membranes, epithelial and microvascular injury, and damage to type I and endothelial cells. In some cases, thrombi can form in these vessels and lead to catastrophic events.

Alveolar type II cells are also progenitor cells for alveolar epithelium, which raises concerns for long-term sequelae caused by scaring of these tissues. Overall, the resultant damage in the gas exchange portions of the lungs leads to ARDS.

Some of the therapeutic strategies that have been developed to target alveolar infection are aimed at inhibiting viral replication, preserving type II cell survival and function, and reducing the inflammatory response to maintain the functional integrity of the gas exchange units. Preventing endothelial injury and microvascular thrombi are also crucial at this point in the infection.

Some drugs such as dexamethasone, anti-cytokines (Baricitinib, Tocilizumab, and Sarilumab), corticosteroids, cyclic Cyclic adenosine monophosphate (cyclic AMP), as well as mitogenic growth factors including keratinocyte growth factor (KGF), hepatocyte growth factor (HGF), and transforming growth factor-alpha (TGFa) are used for treating hospitalized COVID-19 patients or testing for the rescue of the alveolar cells. However, the outcomes of these different therapies are highly contextual and considered to be case-dependent.

Though the level expression of ACE2 on cells is varied and cell-type independent, its expression in the elderly has been found to be high in alveolar type II cells. When comparing adult and pediatric patients, several studies have reported reduced interferon responses in the epithelial cells and more innate lymphoid and naïve T-cells in the peripheral blood in COVID-19 pediatric patients.

The treatment outcome of COVID-19 patients depends on the stage of the disease and the type of infected cells. Specifically, the extent of damage to the alveolar epithelium determines mortality and the long-term sequelae of SARS-CoV-2 infection.

Furthermore, damage to the progenitor cells in the conducting airways and the alveoli results in the long-term effects of SARS-CoV-2. While the basal stem cells are spared, type II cell damage is significant.

The current review provides a comprehensive overview of COVID-19 progression in the respiratory epithelium, wherein the authors focus on the distinct cellular characteristics and use of unique therapeutic agents.

Analyzing the evolution of SARS-CoV-2 RNA polymerase in humans

A recent work posted by researchers to the bioRxiv* preprint server investigated the evolutionary aspects of severe acute respiratory syndrome...

Airborne transmission is considered one of the primary factors contributing to the spread of the severe acute respiratory syndrome coronavirus...

The current coronavirus disease 2019 (COVID-19) pandemic, which is due to the severe acute respiratory syndrome coronavirus 2 (SARS-CoV-2), has...

In a recent study published on the medRxiv* preprint server, researchers evaluated and modeled age-structured cases of severe acute respiratory...

The coronavirus disease 2019 (COVID-19) pandemic continues to take a heavy toll on life and health and the economic development...