In a recent study published on the bioRxiv* preprint server, a team of researchers investigate the severe acute respiratory syndrome coronavirus 2 (SARS-CoV-2) exposure and infection status of captive cervids in Texas. 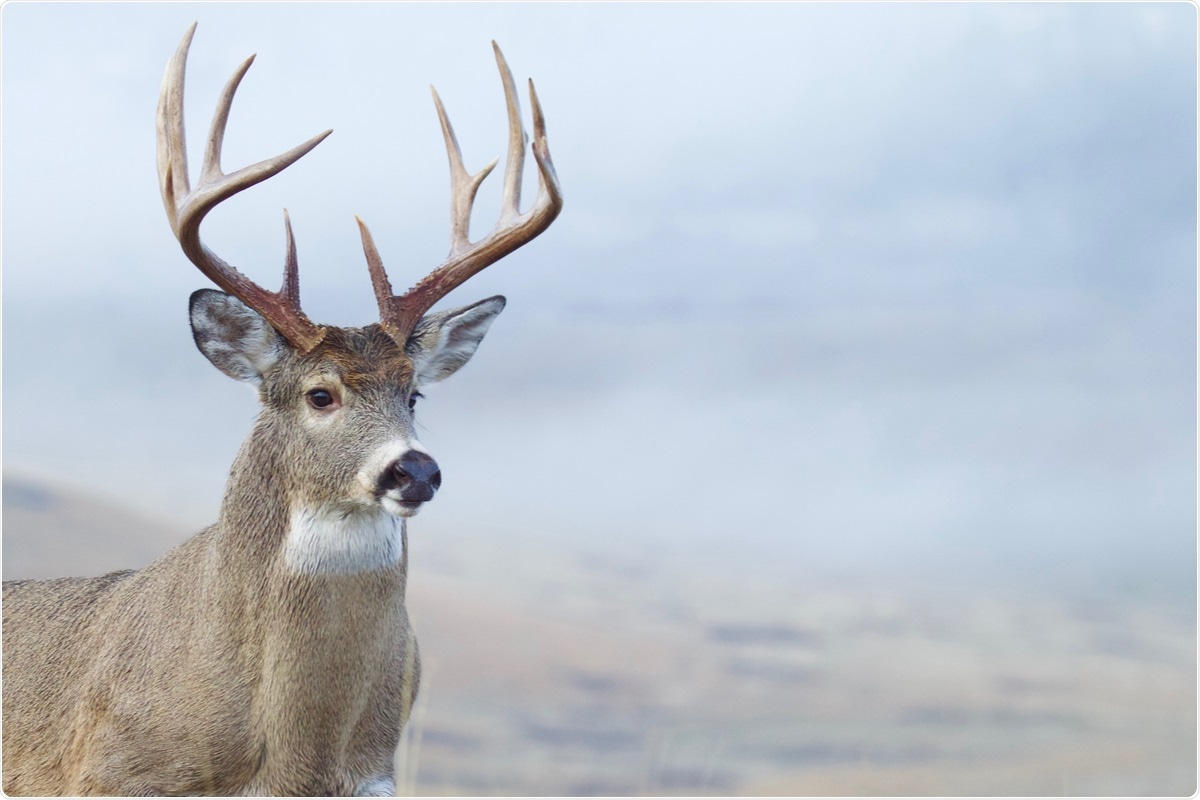 Several studies have reported the potential capacity of SARS-CoV-2 to transmit from wildlife species to domestic (captive) species. Moreover, as wild-tailed deer species remain unvaccinated against SARS-CoV-2 and several other viruses, they have become potent viral reservoirs.

Recent experimental studies have also demonstrated that the white-tailed deer (Odocoileus virginanus), both free-living and captive, are highly susceptible to SARS-CoV-2 infection and can transmit this deadly virus by contact and vertical transmission.

Across the United States, particularly in Texas, there are about 10,000 deer breeding and/or hunting facilities, most of which include white-tailed deer. These captive animal facilities are increasingly recognized as high-risk environments for SARS-CoV-2 transmission, as deer breeding often involves close human-to-deer contacts

Additionally, both free-living and captive white-tailed deer from Iowa had ribonucleic acid (RNA) of several lineages of SARS-CoV-2 circulating in their lymph nodes. Similarly, wild deer from Ohio had SARS-CoV-2 in their nasal swabs, including several dominant variants, as well as straisn of SARS-CoV-2 that are uncommon in the human population.

Taken together, these reports indicate that deer-to-deer transmission is common in white-tailed deer and is responsible for multiple spillover events in the human population.

In the present study, researchers performed a cross-sectional analysis of 80 white-tailed deer at three captive cervid facilities in central and southern Texas between September and November 2021.

While Facility A was a private white-tailed deer breeding and hunting ranch with over 200 white-tailed deer, the privately-owned Facility B was a 7.2-acre pen that housed 22 Axis deer plus seven fallow deer. Facility C is a research deer facility owned by Texas A&M University-Kingsville in Kleberg Co., Texas, and housed about 40 white-tailed deer.

The researchers collected and tested respiratory and rectal swabs, as well as serum samples, from 80 deer at the three facilities following the relevant guidelines and regulations approved by TAMU’s Institutional Animal Care and Use Committee and Clinical Research Review Committee. The researchers tested serum samples by plaque reduction neutralization tests (PRNT) to quantify antibodies that neutralized the formation of SARS-CoV-2 plaques on Vero cell cultures following standard protocols.

The respiratory and rectal swabs of all 80 deer from the three facilities tested negative by reverse-transcription polymerase chain reaction (RT-PCR) assay.

The level of exposure among deer at the captive cervid facility was 94.4%, which is more than double the positivity rate that has been reported across several studies of free-ranging individuals. This finding suggests that a confined or captive environment facilitates onward SARS-CoV-2 transmission among deer.

The study findings demonstrate that the circulation of SARS-CoV-2 among captive animals could result in eventual spillover to other wildlife species. This occurs with an unknown impact on the conservation and public health, considering the high rates of mutations observed among coronaviruses, including SARS-CoV-2.

The current study also highlights the criticality of understanding the potential impact of the human-animal interface on SARS-CoV-2 transmission, maintenance, and evolution, as well as the management of these factors to prevent spillover events in humans.

As of December 28th, 2021, the Omicron variant of severe acute respiratory syndrome coronavirus 2 (SARS-CoV-2) has been detected...

Since coronavirus disease 2019 (COVID-19) first emerged, vast strides have been made in detection and testing technology. During the...

In a recent study published on the medRxiv* preprint server, researchers estimate the effectiveness of prior infection in preventing reinfection (PEs)...

In a recently published article in the journal Nano-Micro Letters, scientists have provided an in-depth review on the application and...