The coronavirus disease (COVID-19) pandemic began in Wuhan, China, in December 2019 and has rapidly spread worldwide since then, causing millions of deaths, massive strains on national public health systems, and uncertainty about the global and national economies’ futures. The unique biological, epidemiologic, and spreading characteristics of severe acute respiratory syndrome coronavirus 2 (SARS-CoV-2) have endowed this disease with pandemic-like traits, prompting global concern and research. 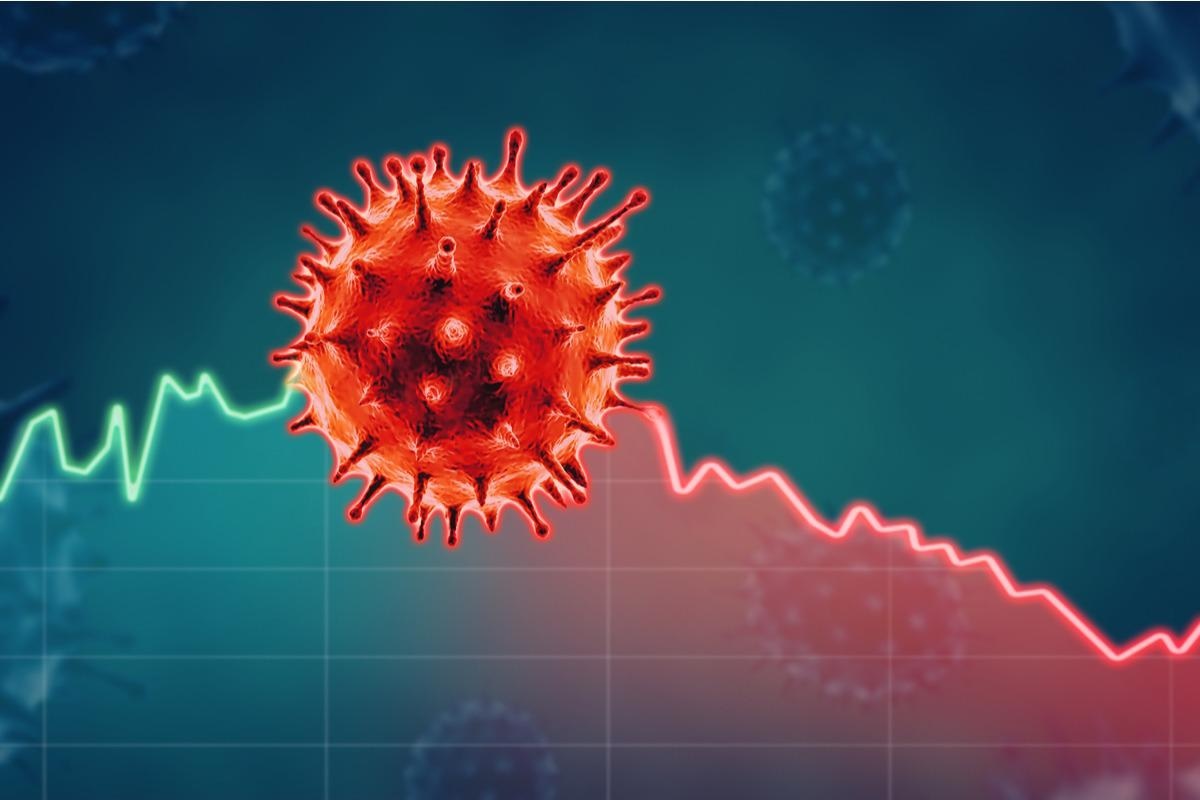 Study: Understanding the uneven spread of COVID-19 in the context of the global interconnected economy. Image Credit: ffikretow/Shutterstock

Although a complete analysis of the wide and diversified COVID-19 literature is an ongoing and future problem for epistemology scientists, the material clearly shows the link between the pandemic’s spread and the current world’s interconnected socioeconomic structure. The association between individual connectivity and COVID-19 dissemination (transmission) is built on clinical and epidemiologic parameters at the microscopic level. This method has already benefited from fruitful research contributing to pandemic knowledge and management. In macroscopic terms, the impact of interconnection on pandemic propagation is primarily investigated on two levels: within and across countries (in a cross-country framework).

A study published in Scientific Reports uses a three-dimensional conceptual model to examine COVID-19’s global spatiotemporal dissemination. It has three dimensions: one approximates the interconnection of international tourist mobility, a second describes countries’ openness to the globalized economy, and a third expresses the spatial impedance to transit.

This report presents an integrated methodology for studying the spatiotemporal spread of COVID-19 by developing a single network model. It also adds to the literature by providing more realistic simulations of the interconnected global system where COVID-19 and other pandemics propagate.

The authors created a multilayer diagram with scatterplots, boxplots, and ks-density components to investigate the distribution of the pandemic’s emergence per country in relation to the global tourism network (GTN) network interconnectivity. The correlation between the days since the initial infection from Wuhan (dfW) and the GTN countries’ node-degree (k) is seen in the scatterplots. The boxplots on the axes depict the major features of the associated variable distributions (DFW and k), which are further divided into continent groups on the horizontal axis (measuring days from Wuhan).

According to the ks-density plot and scatterplot pattern, two stages in the COVID-19 temporal distribution may be seen throughout the GTN. The ks-density curve, established at the cutting point of the 44th day from Wuhan (t = 44 dfW), shows distinct bell-shaped zones formed by these stages. The network design that applied a filter to the global countries, keeping just those 75 belonging to the GTN, allowed these steps to be detected.

The initial stage, mostly described by the outbreak in Asia and North America, includes nodes affected before the 44th day from Wuhan (44 dfW) (as evident by the country boxplots). The second group contains nodes that became infected after the 44th day from Wuhan (> 44 dfW), as reported by the outbreak in Europe, South America, and Africa. Oceania’s epidemic spreads across both stages but is slightly positively lopsided, with the median value falling in the first.

In terms of economic openness (3D conceptual component), GTN nations in the first stage of the COVID-19 temporal spread had a higher globalization index, GDP, and GDP per capita, and total factor productivity per capita than those in the second stage of the COVID-19 temporal spread. These findings are consistent with previous research that has noted the impact of globalization on the pandemic spread and others that have identified productivity as a primary pandemic spreader.

The t-tests used to the variables in this conceptual component demonstrate that nations with higher economic openness (those more integrated into the globalized economic structure) were exposed to the pandemic earlier than those with lower economic openness. Overall, the t-test analysis provides a comprehensive framework for understanding COVID-19’s uneven distribution, demonstrating that network interconnection, economic openness, and transportation integration are major drivers in the pandemic’s early worldwide temporal expansion.

These findings may be valuable for adding to scientific knowledge and promoting present and future epidemiology and public health management methods. For example, the mix and intensity of policy measures aimed at supporting strategies against current or future waves of the pandemic can vary by country depending on the trade-off between the country’s specific topological, economic, and geographical attributes in the spreading network.

Given the high cost of time during a pandemic, countries with a more central topological position in a viral spreading network should be more alerted and take more severe actions than others, regardless of the country’s geographical distance from the pandemic’s source. Success in combining such policies is contingent on a thorough understanding of a country’s position in its network and economic environment.

Since the coronavirus disease 2019 (COVID-19) pandemic was declared in 2020, there has been much concern over the effects of...

In its updated guidance at the start of 2022, the U.S. Centers for Disease Control and Prevention said loosely woven...

The emergence of Omicron, the most recent variant of concern (VOC) of the severe acute respiratory syndrome coronavirus 2 (SARS-CoV-2),...

Engineered small extracellular vesicles for the neutralization of SARS-CoV-2

Small extracellular vesicles (sEVs) are excellent nanoscale protein carriers. For example, in a recent study, researchers used sEVs as a...

Hundreds of millions of cases of coronavirus disease 2019 (COVID-19) have been documented over the last two years during the...

A massive effort has been made to find preventive measures and effective coronavirus disease 2019 (COVID-19) treatments. Unfortunately, there have...