It is well known that coronavirus disease 2019 (COVID-19) is a zoonotic disease. Severe acute respiratory syndrome coronavirus 2 (SARS-CoV-2), the causative agent of COVID-19, did not initially infect humans. The exact path the disease took before jumping to humans is controversial. Despite early media attention that the disease began in bats, alternate theories have gained strong traction, including the idea that the disease might have made multiple host jumps, even infecting humans in an earlier form before the pandemic began. 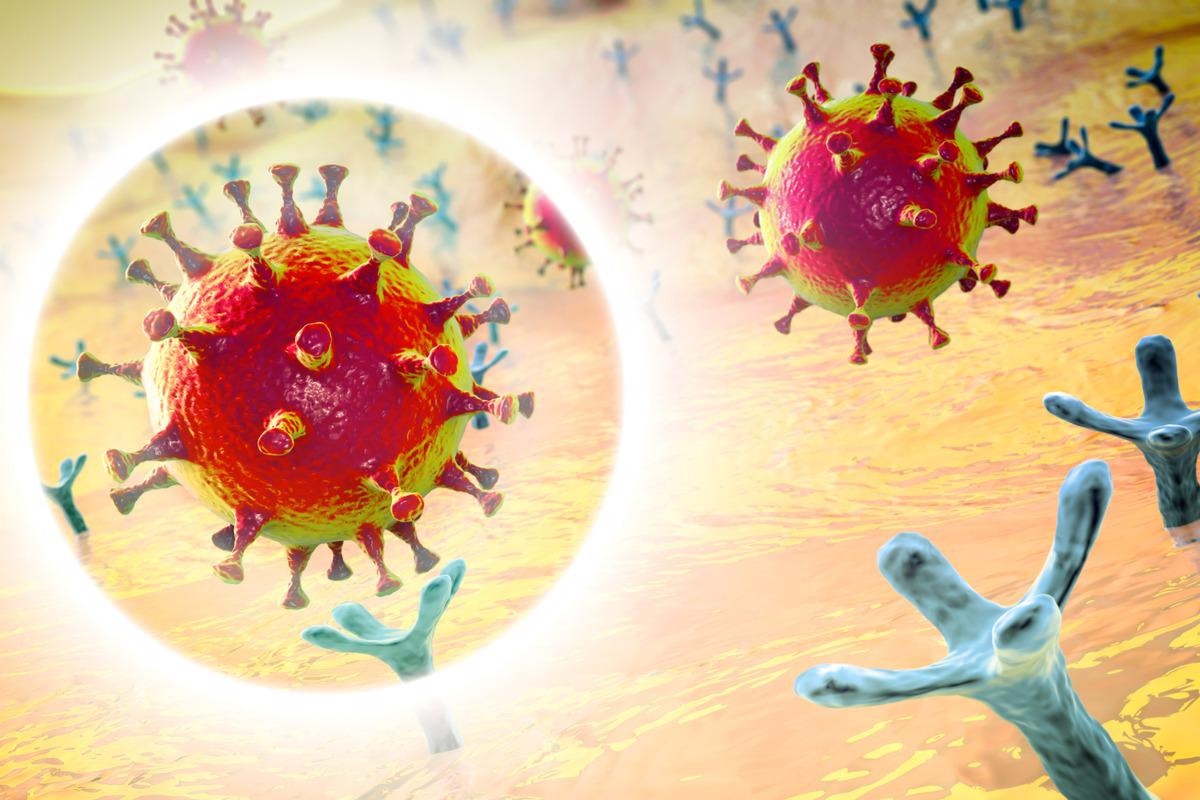 In a study published in Nature, researchers have been investigating sarbecovirus lineages and the ability of those lineages to evolve the ability to bind angiotensin-converting enzyme 2 (ACE2).

The researcher assembled a gene library encoding the receptor-binding domains (RBDs) of 45 sarbecovirus’, spanning all known RBD phylogenetic clades. This library was then cloned into a yeast surface display platform to enable high-throughput measurement of ACE2 binding avidities through titration assays combining fluorescence-activated cell sorting (FACS) and deep sequencing. A panel of recombinant dimeric ACE protein from four humans, civets, pangolins, and mice, as well as two alleles from two different species of bats (R.affinis and R. sinicus) was also assembled. The dissociation constant (KDapp) of each RBD for each ACE2 ortholog was measured in duplicate using independently constructed libraries.

As expected, human ACE2 was most strongly bound by the human sarbecovirus’ SARS-CoV-1 and SARS-CoV-2, followed closely by similar diseases to SARS-CoV-2 commonly found in pangolins. The RBD from the bat virus RaTG13 showed much lower affinity, as did the RBD’s from civet diseases. A bat virus closely resembling SARS-CoV-1 showed a very similar binding affinity to hACE2 as SARS-CoV-1, even higher in some cases. Only viruses’ in the SARS-CoV-1 clade could successfully bind to the civet ACE2, and pangolin ACE2 binding was far more commonly seen in the SARS-CoV-2 clade. In bats, R, Affinis, and R. Sinicus ACE2 showed very varied binding to RBD from both clades – which the researchers suggest is due to an evolutionary arms race. Strangely, the BtKY72 virus from Kenya could also bind to R. Affinis ACE2 – the only non-Asian sarbecovirus that could.

The results from the BtKY72 virus lead the scientists to believe that ACE2 binding was present in the ancestor of all sarbecovirus’ before the clades split. To test this, they used ancestral sequence reconstruction to infer plausible sequences that would represent ancestral nodes on the RBD phylogeny and then evaluated ACE2 binding for the most probable reconstructed sequences. They found that the reconstructed ancestor could also bind the R. affinis ACE2 allele (as well as broader ACE2 binding, including hACE2), but this binding was then lost along the branch to the clade 2 ancestor.

The researchers then constructed mutant libraries in 14 RBD backgrounds spanning the RBD phylogeny to explore how easily RBDs can acquire the ability to bind ACE2 due to single amino acid mutations. They then introduced the mutations at six positions that the previous experiments implicated strongly in the evolution of receptor binding. The results show that ACE2 binding evolves very easily, and in almost every case in which a parental RBD binds ACE2, a single mutation can improve that binding 5-fold. In cases where a parental RBD does not bind ACE2, low-to-moderate binding is easily conferred.

As ACE2 binding is an ancestral trait that is easily evolved, unsampled sarbecovirus’ are likely to evolve easily to bind ACE2. To test this, the researchers investigated viruses from Africa and Europe that were reported after the initiation of the study. They found that two newly described sarbecovirus’ from Russia could bind R. affinis ACE2 easily, and one could bind to hACE2 even without any additional mutations

The authors highlight that they have shown that binding to ACE2 is an easily evolvable trait initially present in the common ancestor of SARS-CoV-1 and SARS-CoV-2, suggesting that this could explain the sarbecovirus lineages propensity for host jumps. The simplicity of the mutations that can confer the ability to bind hACE2 to other sarbecovirus’ suggests that it is likely that more will be able to infect humans in the future, as the barriers between human populations and animal habitats continue to thin – although hopefully not in as devastating a manner as SARS-CoV-2. The researchers’ findings could be very useful to those studying zoonotic diseases and could be considered an early warning to prepare for additional lineages evolving the ability to infect humans.

In a recent study posted to the medRxiv* pre-print server, researchers examined the analytical sensitivity of three widely used rapid...

The coronavirus disease 2019 (COVID-19) pandemic has spread to nearly every country globally and caused over 5 million deaths....

In a recent study posted to the medRxiv* preprint server, researchers assessed the emergence and evolution of severe acute respiratory...

Is COVID-19 on the verge of ending?

In a recent letter to the Journal of Medical Virology, researchers explore the changes arising in severe acute respiratory syndrome...

The diagnosis and treatment of viral infections, especially those that cause large-scale outbreaks, is urgently needed, as the lack of...

As of March 21, 2022, the severe acute respiratory syndrome coronavirus 2 (SARS-CoV-2), which is the virus that causes the...