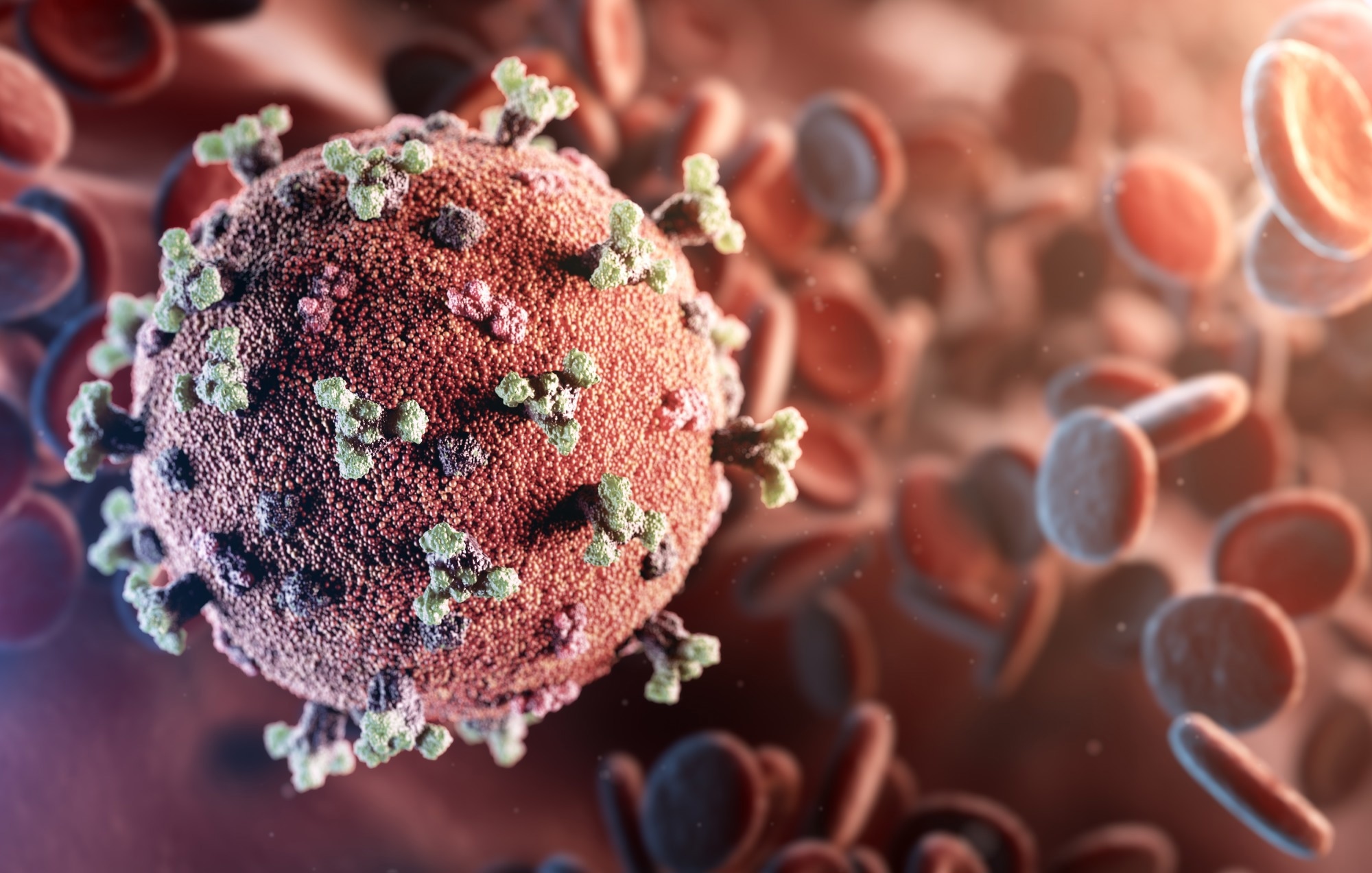 Antiviral agents against SARS-CoV-2 are urgently required to combat the ongoing CoV disease 2019 (COVID-19) pandemic. The MPro, also referred to as 3-chymotrypsin-like protease (3CLPro), is a well-known SARS-CoV-2 enzyme. An approved medication, Paxlovid, and various experimental novel drugs, such as S-217622, target the SARS-CoV-2 Mpro. Nevertheless, there is still a need for novel chemical scaffolds targeting MPro, given the inherent drawbacks of the current novel medications and the threat of viral resistance.

In the present investigation, the researchers focused on the SARS-CoV-2 MPro structure for massive library docking in quest of novel starting points for non-covalent or covalent inhibitor discovery. They virtually coupled 1.2 billion non-covalent and a novel collection of 6.5 million electrophilic compounds against the Mpro enzyme structure from Enamine readily accessible (REAL) space.

The team simulated an aggregate of SARS-CoV-2 MPro coupled to a non-covalent SARS-CoV MPro inhibitor to characterize hot spots for ligand binding across the active site. Three of the refined non-covalent inhibitors’ crystal structures, with resolutions spanning from 2.12Å to 2.59 Å, were established to study how the docked positions of the novel inhibitors matched up with their actual binding modes and to guide further refinement.

The authors conducted a second docking experiment because other researchers had discovered efficient inhibitors with comprehensive structure-activity-relationship (SAR) information and scaffolds similar to the ones used in the current work during the research period. They attempted to incorporate the conclusions drawn from the present findings and those of other investigations highlighting the identification of new chemotypes. The COVID-19 Moonshot consortium’s non-covalent ligand MAT-POS-b3e365b9-1 (MPro-x11612.pdb), in conjunction with the SARS-CoV-2 MPro crystal structure, was the target of the novel docking screen.

The scientists searched the 1.4 billion compounds in the ZINC15/ZINC20 libraries for three Cys-reactive covalent warheads, nitriles, aldehydes, and alpha-ketoamides to find electrophiles that may covalently alter the catalytic Cys145. DOCKovalent was used to create dockable three-dimensional (3D) molecules for covalent binding. 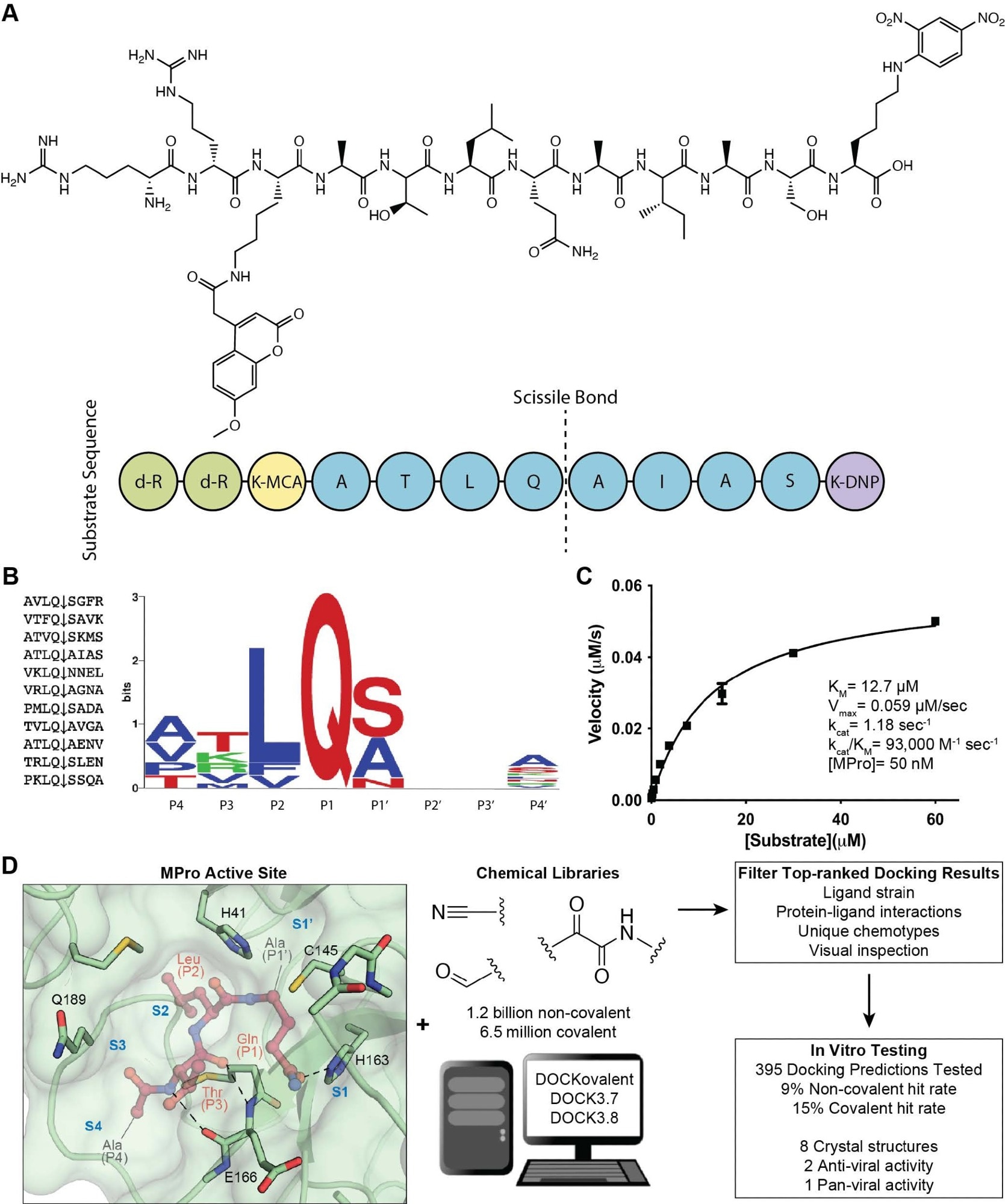 In the current work, the authors identified 132 SARS-CoV-2 MPro inhibitors belonging to 37 different scaffold classes and exhibit half-maximal inhibitory concentrations (IC50) less than 150 µM. Among these, 15 inhibitors across three scaffolds had IC50 values under 10 µM and inhibited the enzyme. The most effective covalent inhibitor, ‘7021, was found to function reversibly, which was probably a reflection of the fast-on/fast-off kinetics of aldehyde covalent inhibitors.

Further, the team provided an improved MPro substrate for upcoming inhibitor evaluation. The scientists initially established an electrophile library using the expanding collection of tangible compounds, which included aldehydes, nitriles, and alpha-ketoamides. The community can openly access this library of more than 6.5 million new electrophiles at https://covalent2022.docking.org. 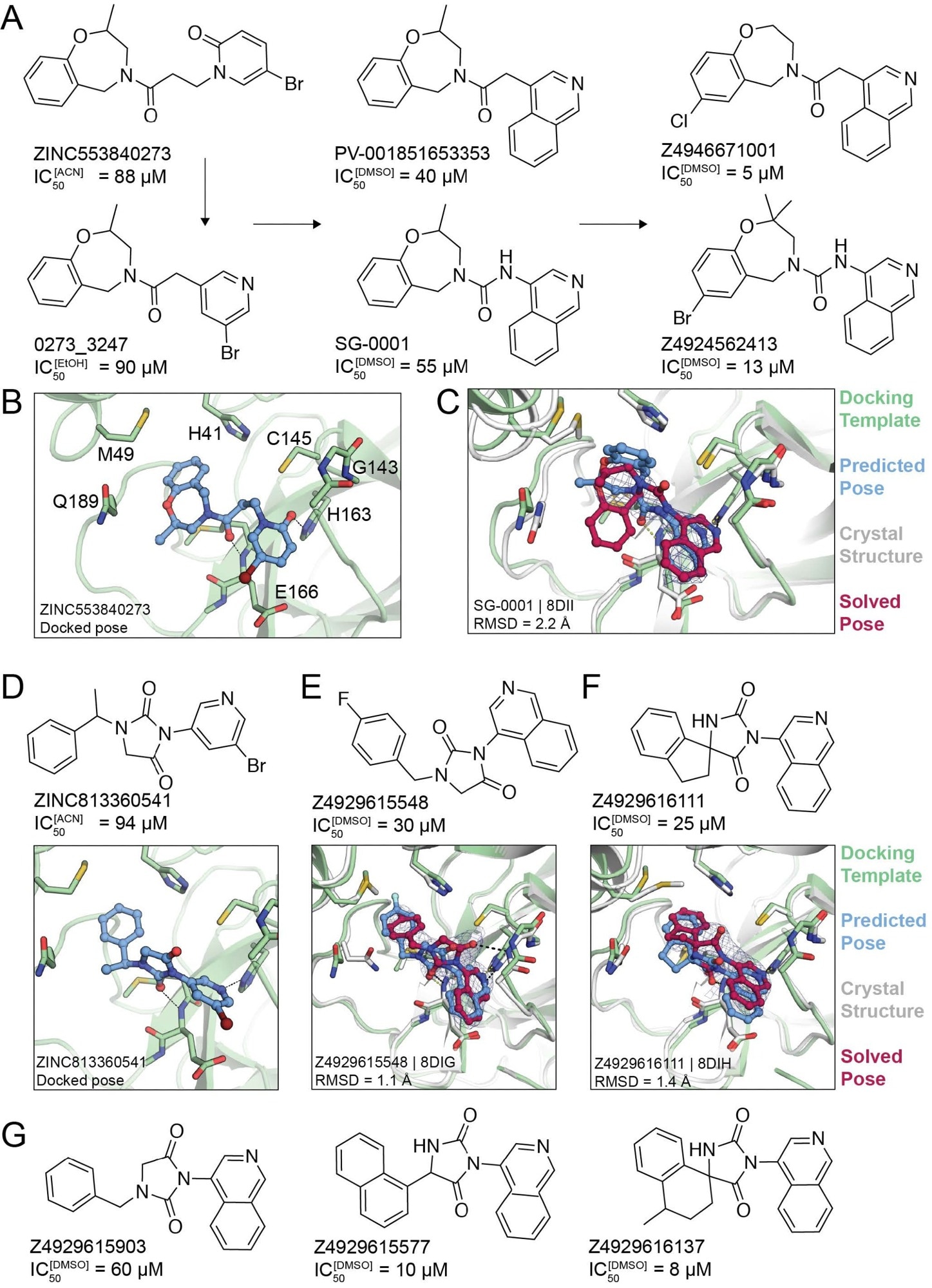 Overall, the team found 37 different scaffolds of SARS-CoV-2 Mpro inhibitors, with the most effective covalent and non-covalent compounds having an IC50 of 20 and 29 μM, respectively. Inhibitors with low micromolar range activity were established after the optimization of several series. The docking projected binding modes were validated later by crystallography, which may serve as a template for future optimization. The compounds identified in the present work reveal novel chemotypes that assist in the future searching for MPro inhibitors for SARS-CoV-2 and other potential CoVs.

A molecule developed by researchers at the University of Helsinki can inactivate the coronavirus spike protein and offers effective short-term...

Researchers from the National Institutes of Health have developed a three-dimensional structure that allows them to see how and where...

DNA-based information is a new interdisciplinary field linking information technology and biotechnology. The field hopes to meet the enormous need...

We have recently witnessed the stunning images of distant galaxies revealed by the James Webb telescope, which were previously visible...

Researchers at Michigan State University have shown that locusts can not only "smell" the difference between cancer cells and healthy...

Using UT Southwestern's Cryo-Electron Microscopy Facility, researchers for the first time have captured images of an autoantibody bound to a...

Intestinal tissue-resident lymphocytes regulate their activity depending on glucose availability