In this interview, News-Medical Life Sciences talks to Lane Baker, Professor of Chemistry at Indiana University Bloomington about the role of electrochemistry in developing biochemically sensitive membranes as well the work ongoing at the Baker lab.

Can you define nanoscale electrochemistry?

The term ‘nanoscale electrochemistry’ has two meanings: One involves getting things down to the nanometer scale, but the second is when the properties of the system change. When you get to scales that are very small, things behave differently. 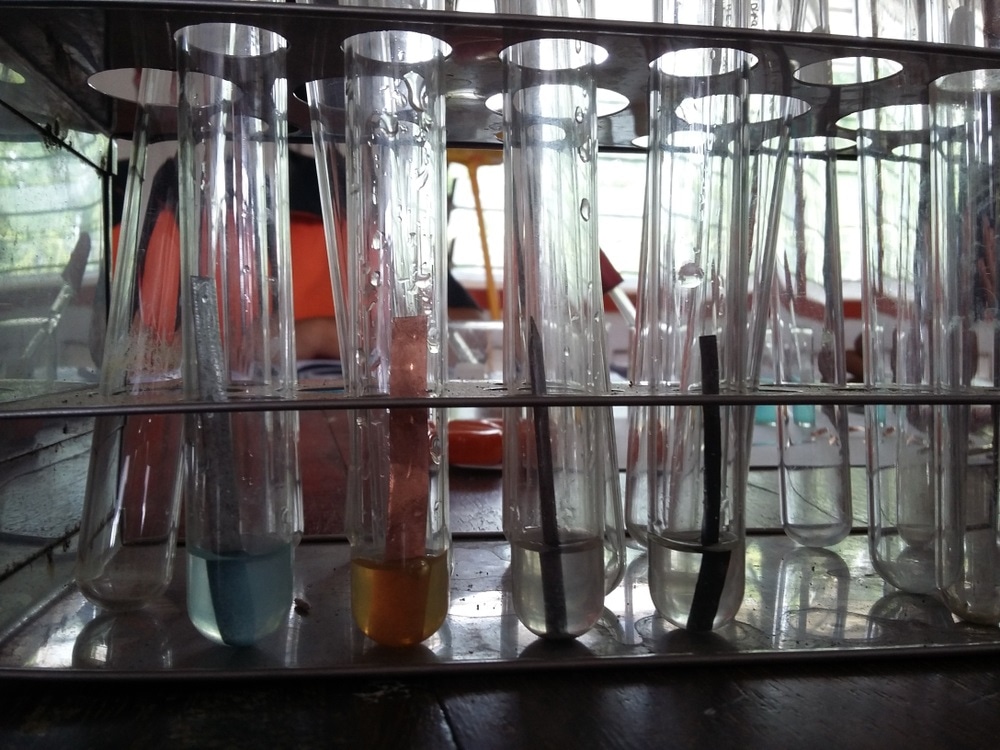 What are some environmental and medical applications where nanoscale electrochemistry can be applied?

Once you get to the nanoscale, you are working at sizes smaller than an individual cell; biology operates at the nanoscale inherently.

Once you get down to the scale of molecules of proteins, it gives you an opportunity to think about new ways to measure one protein at a time or understand how one protein interacts with another.

If you start thinking about trying to measure one of something with a nanometer scale –  electrochemical measurement – it is important to think about whether measuring that one thing actually reflects what the entire sample or the entire group of molecules is trying to tell you.

You might want to measure one thing, but you have to measure that one thing lots of times on lots of different molecules, then try to understand how that whole aggregate of molecules gives you a response that reflects the properties of the sample observed at larger scales.

You have specialized in nanopores. What are they, and how can they be used as a platform for nanoscale research?

A nanopore is a small hole that has a dimension on the order of nanometers in size. Biology uses things like nanopores to perform functions all the time, and these are found in protein channels, ion channels or transporters that span the membranes of cells.

In synthetic systems, we can make nanopores out of lots of different kinds of materials, for example, carbon nanotubes or polymer membranes. My research group uses nanoscale pipettes to do a lot of our research.

Instead, with a nanopore, we are usually looking at ions traversing that pore in one way or another, or how ion transport through that pore becomes occluded or enhanced based on the sample and the properties we are trying to measure.

One way to understand a pore or a nanopore is to think about a football stadium. Imagine the solution you are trying to analyze is comprised of all the people in the stadium, and you want to be able to categorize and identify each one of those people and understand what they are.

If you push all those people through a single gate to leave the football stadium, you can monitor each of them as they walk by and record something about each person.

With a nanopore, we are trying to do the same thing. Instead of having a big solution, we are going to use a gate, which is our nanopore. By forcing all of the molecules through that gate, we can count or characterize them in some way as they go through.

A nanopore gives us an opportunity. If the size of the pore shrinks to the size of what we are trying to measure, it gives us a chance to try to identify things one at a time.

My group has spent the better part of 15 years developing a tool called scanning ion conductance microscopy (SICM), which lets us measure the local ionic conductance at interfaces. These interfaces can be things like membranes, tissue samples, or individual cells.

SICM is great for taking topographical images and getting a picture of what a surface looks like, but we have also spent a lot of time trying to incorporate chemical selectivity of some kind into the measurement that we are making.

To do this, we modify the probes to impart special characteristics. For instance, recently, we have added ion channels to nanoscale pipettes, essentially letting the protein channel become a sensor.

If we move a nanoscale pipette that has been modified with the protein channel near an interface we are interested in, we can measure what molecules that channel responds to selectively. 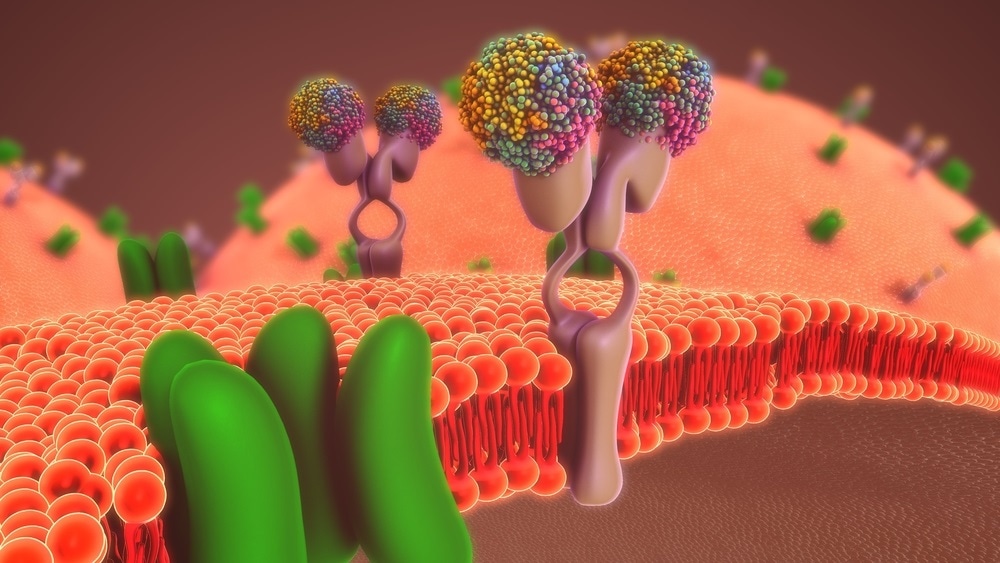 Your research lies on the intersection of natural sciences and technology. How do these fields influence each other?

I would take natural sciences to mean the physical world that we are trying to measure. Technology used to bring to mind instrumentation, but now I think it also means things like data streams and new ways to process that data.

New kinds of instrumentation and ways to make measurements are at the heart of analytical chemistry. Almost every time a new field has opened up or a really important discovery has been made, there has been some kind of a new tool or a new technique that allowed that measurement to be made.

I believe strongly in the idea of building new instruments, even when we do not know exactly what we are going to do with them initially. We are trying to push the limits of what we can measure, in terms of measuring something faster, at lower concentrations or in a noisier environment.

Once we have that tool, we are the proverbial hammer looking for a nail, so we start to explore where we can apply this tool in the physical world and what kinds of new measurements that we can make that will let us better understand how the world works. 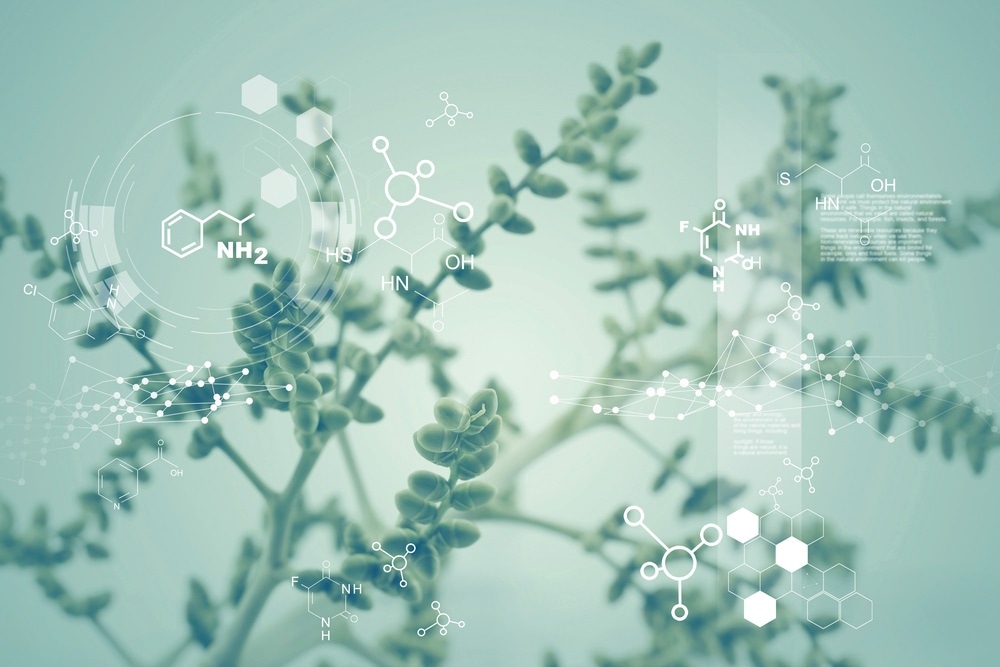 Why have you chosen to attend this year’s virtual Pittcon?

Pittcon has always been a great place to hear about analytical chemistry, and it’s also a place where a lot of organizations and societies come together in a larger format and meet.

The American Chemical Society and the Society for Electroanalytical Chemistry are two organizations I participate in, and I am very interested in seeing all my friends and talking about the business that goes on in those kinds of communities

Why do you feel events like Pittcon are important, now more than ever?

I used to get really tired of traveling, but right now, if I could have gotten on a plane and gone to New Orleans, I would have done that in a second. My group and I were really looking forward to going to Pittcon in New Orleans this year.

A year ago, when the pandemic started, New Orleans was a highlight on our calendar. When that changed, we were disappointed, but it did not change our need for stimulation and the need to talk to other people about our science and their science,  to see where there are commonalities and things that we can learn from each other.

Science does not occur in a vacuum, and we have to make the best of what we have got under these conditions. I think if half of the meetings that we used to go to became virtual meetings, that would be okay, but it would be great if Pittcon was still face-to-face and in places like New Orleans on a given year.

Lane Baker received a B.S. degree from Missouri State University in 1996. He was awarded his Ph.D. degree at Texas A&M University in 2001 working with Richard M. Crooks. He was then awarded a National Research Council Postdoctoral Associateship to study scanned probe microscopies with Lloyd J. Whitman at the Naval Research Laboratory in Washington, DC. He studied nanopore membranes and single nanopore platforms as a postdoctoral associate with Charles R. Martin at the University of Florida.

Lane is interested in the electrochemical methods for analysis and imaging. Current work in his group is focused on applications of nanopores for the development of chemical and biochemically selective membranes, sensor development, and electrochemical imaging.

In this interview, Francesco Simone Ruggeri from the University of Cambridge talks to News-Medical Life Sciences about their research into...

In this interview, Ghaith Hamza from AstraZeneca talks to News-Medical Life Sciences about the basic principles of Affinity-Bead Assisted Mass...

Breast cancer is the leading cause of cancer-related death among the female population globally, despite the ever-growing technology of early...

Innovations in Forensic Examination of Seized Drugs and Forensic Toxicology

Sponsored Content by PittconFeb 15 2021 In this interview, News-Medical Life Sciences talks to Michelle Peace on her Pittcon presentation...