The entry of the severe acute respiratory syndrome coronavirus 2 (SARS-CoV-2) into host cells is partly mediated by the angiotensin-converting enzyme 2 (ACE2) receptor. 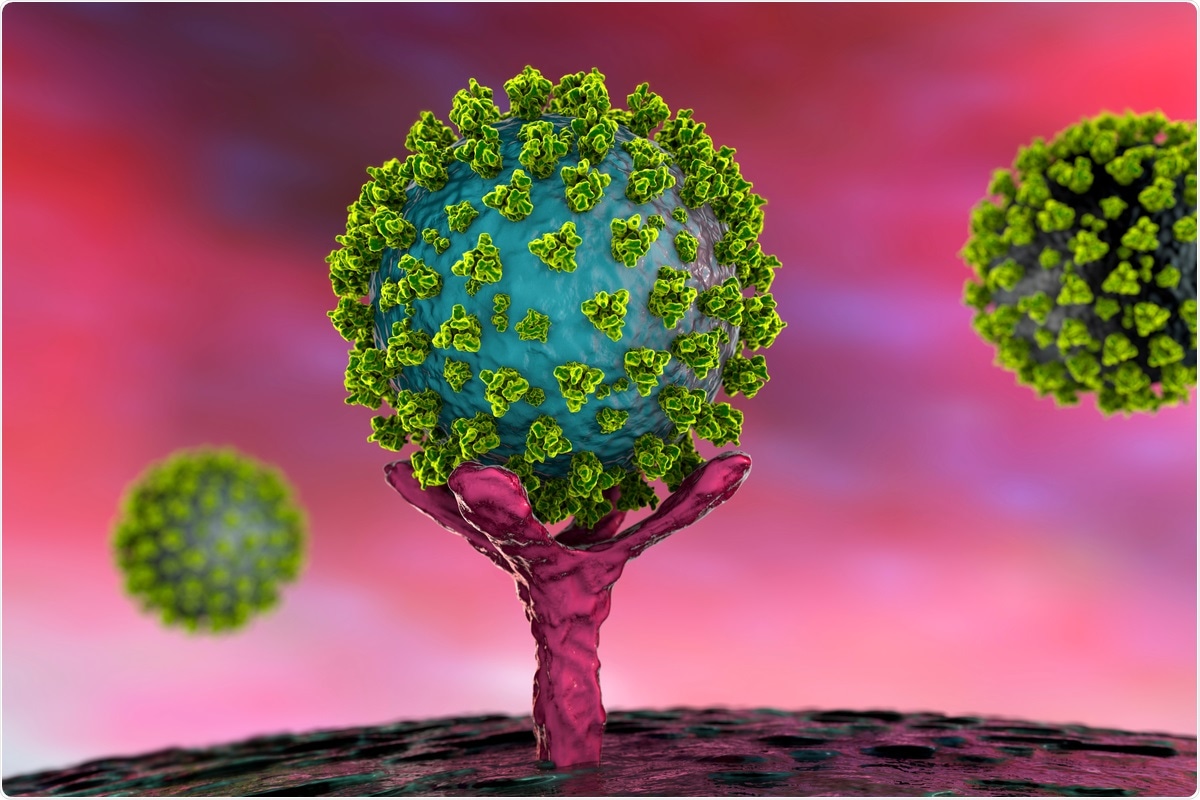 Single-cell ribonucleic acid (RNA)-sequencing (RNA-seq) has been utilized in several studies since the beginning of the COVID-19 pandemic to analyze the expression of ACE2 in human tissues and animal models. Results from these studies have found that ACE2 messenger RNA (mRNA) expression is consistently heterogeneous between cell types in a given tissue.

Prior research has identified two different promoters for full-length ACE2 that fluctuate in their comparative usage across tissues, as well as a cryptic promoter that drives the expression of interferon (IFN) responsive truncated ACE2 isoform.

Additional candidate genes included those that were previously discovered by RNA-seq, whose association was affiliated with ACE2 expression in sorted HuH7 cells, candidates discovered in the author’s pilot genome-wide CRISPR screens for ACE2 abundance, and a set of hypothesis-driven manually selected genes.

Taken together, a total of 833 genes, with 15 guide RNAs (gRNAs) per gene were included in the current study. Deep sequencing confirmed the variety and recognition of the resulting plasmid pool by inserting amplicons of the pooled gRNA sequences into the pLentiCRISPRv2 construct.

HuH7 wild-type cells were independently screened and then transduced through a custom-designed CRISPR library. These cells were then passaged for 14 days and sorted through flow cytometry into designated groups.

Deep sequencing was used to determine the relative abundance of each gRNA in each group. ACE2 itself was shown as one of the most prevalent positive regulators of the abundance of ACE2, whereas gRNAs that target different genes that are not associated with ACE2 regulation displayed a significant decline or enrichment within the sorted groups.

Nineteen high-confidence positive regulators and 16 high-confidence negative regulators of ACE2 surface abundance in HuH7 cells were found. There was no bias identified in genes controlling cellular viability or proliferation in the fluorescence-activated cell sorting (FACS) input samples as compared to the plasmid pool, according to the analysis of gRNA representation in the FACS input samples.

High levels of concordance were seen among the results of the independent screens of wild-type and ACE2-enriched cells, thereby indicating the reproducibility of the identified ACE2 modifiers.

The authors looked for enrichment in documented gene ontologies and protein-protein interactions among the 35 ACE2 modifiers discovered by CRISPR screens. Gene expression was found to have the highest enrichment for various molecular processes, including transcriptional control, chromatin binding, and DNA binding.

The authors compared the results of the ACE2 CRISPR screen in HuH7 cells to a genome-wide CRISPR screen of HuH7.5 cytopathic effect upon infection with SARS-CoV-2, as well as coronaviruses that were previously published. ACE2 was one of the most identified genes in the screen as a positive regulator of ACE2 surface abundance in HuH7 cells. ACE2 was also identified as a proviral host factor for SARS-CoV-2 and for human coronavirus- (HCoV-)NL63.

However, this was not the case for other coronaviruses that utilize different cellular receptors, such as HCoV-OC43 and HCoV-229E. Generally, genes that supported ACE2 abundance in the screen appeared more prone to sensitize HuH7.5 cells to infection from SARS-CoV-2 and HCoV-NL63, whereas genes that suppressed ACE2 abundance appeared more prone to provide resistance to infection from SARS-CoV-2 and HCoV-NL63.

For HCoV-229E and HCoV-OC43, this association between ACE2 modifiers and the cytopathic effect was not observed. These data support the relevance of the ACE2 screen to viral infection, thus implying that even small changes in ACE2 expression can impact cellular vulnerability to viral cytopathic effect.

The authors of the current study also examined the sensitivity of HuH7 cells to infection by SARS-CoV-2 through  CRISPR-mediated deletion of ACE2 modifiers. At 48 hours following infection, CRISPR-targeted cells with reduced ACE2 expression revealed a reduction in both the number of infected cells and viral infectivity as measured by SARS-CoV-2 nucleocapsid protein immunofluorescence and tissue culture infectious dose (TCID50).

Comparatively, increased ACE2 expression resulted in a rise in the number of SARS-CoV-2-infected cells and viral infectious titers. The significance of detected ACE2 modifiers to SARS-CoV-2 infection is supported by these findings, as well as the concordance of data from the ACE2 screen and HuH7.5 SARS-CoV-2 screen.

In this study, functional genomic approaches were utilized to examine signaling pathways of ACE2 protein expression, as well as formerly unreported ACE2 expression genetic modifiers and a potential process for genes associated with SARS-CoV-2 infection. These findings emphasize the importance of cell type in ACE2 regulation and provide potential targets for host-targeted therapies.

In a recent study published on the medRxiv* preprint server, researchers examine the effects of previous severe acute respiratory coronavirus-2...

In a recent study published on the medRxiv* preprint server, researchers present evidence for early community transmission of the severe...

A predictive model for COVID-19 outcomes