Of all the used delivery platforms for COVID-19 vaccines, VLPs constitute an attractive and promising platform because of their safety and ease of production. In addition, VLPs are highly immunogenic and induce elevated titers of neutralizing antibodies, even without adjuvants. Further, they can serve as scaffolds for presenting heterologous antigens eliciting immune responses against other infectious diseases. More importantly, VLPs can be produced in heterologous systems, such as bacteria, yeasts, insect cells, or plants. In contrast, inactivated or attenuated viruses need mammalian cell lines for their production.

Several studies for the development of plant-derived COVID-19 vaccines and antibodies are underway. Of the five VLP-based vaccines, waiting under clinical phase 1 or phase 2/3, the most advanced is the phase 3 trial using plant-derived VLPs (CoVLPs) vaccine by Medicago Inc., Quebec, Canada.

In the present study, the researchers demonstrated that non-infectious SARS-CoV-2 VLPs could be successfully assembled by co-expressing three SARS-CoV-2 M, E, and N proteins in plants. These SARS-CoV-2 protein subunits assemble into virus-like particles without viral RNA genome in plant cells to help develop COVID-19 vaccines.

Nicotiana benthamiana plants, a relative of tobacco, were cultivated in a growth chamber maintained at 24 °C, and three-week-old plants were transplanted into pots and left to grow in the growth chamber for three additional weeks. 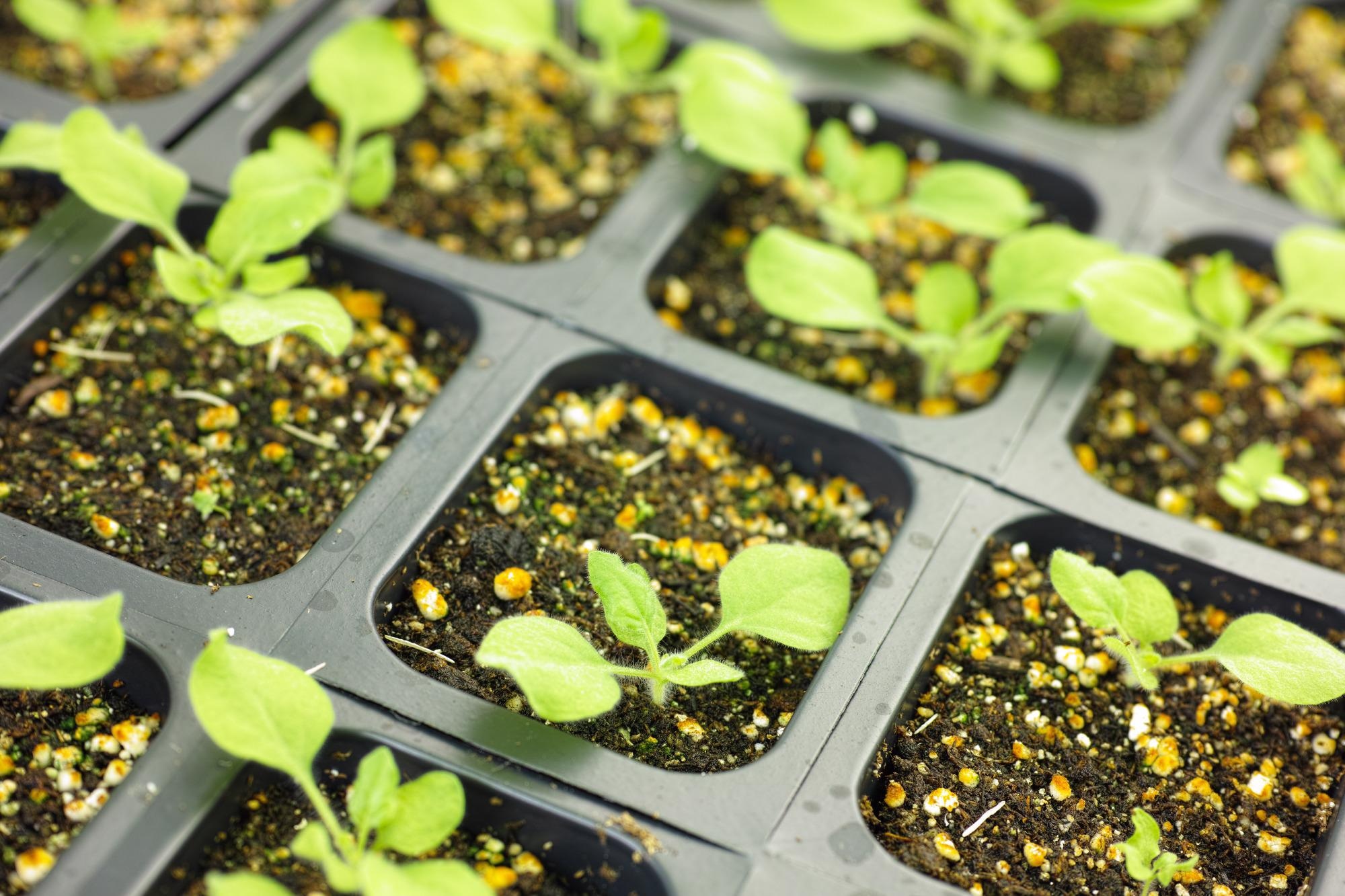 Coding sequences of SARS-CoV-2 M, E, and N proteins were co-expressed by agroinfiltration with separate vectors. While M and E were expressed using a single expression construct, their coding sequences were linked by an internal ribosome entry site (IRES) sequence from the tobamovirus (TMV) coat protein later. The N-protein coding sequence, tagged by Flag epitope, was inserted into a separate expression vector.

SARS-CoV-2 M, E, and N overexpression constructs (plasmids) – pBYR2fp-MIRESE and pBYR2fp-NFLAG were transfected into different Agrobacterium tumefaciens strain GV3101 by the freeze-thaw method, which were used for transient VLPs expression by co-delivery. The integrity of the plasmids in A. tumefaciens was confirmed by restriction mapping.

Both A. tumefaciens strains containing M, E, and N proteins were mixed in the same ratio, bacterial suspensions were syringe-infiltrated into the abaxial side of six-week-old N. benthamiana plant leaves. The researchers then harvested this yield three days post infiltration (dpi) for protein expression analysis and self-assembly of VLPs using western blot and Transmission electron microscopy (TEM).

Plant-derived VLPs were purified by sucrose gradient sedimentation under 10–60% sucrose gradient. While the highest amount of VLPs was present at the 60% sucrose fraction, no VLPs were detected in fractions between 10% and 30%, thus indicating the optimal conditions for VLPs purification.

For TEM analysis, the researchers harvested VLPs by the 40% sucrose cushion method.

TEM image results showed that the sizes of assembled VLPs were in the range of 50–130 nm, confirming that the shape and size of plant-derived VLPs were the same as that of native SARS-CoV-2 VLPs but without S protein. Due to the absence of S protein, the usual SARS-CoV-2 ‘crown’ was not detected in TEM images of the VLP constructs. 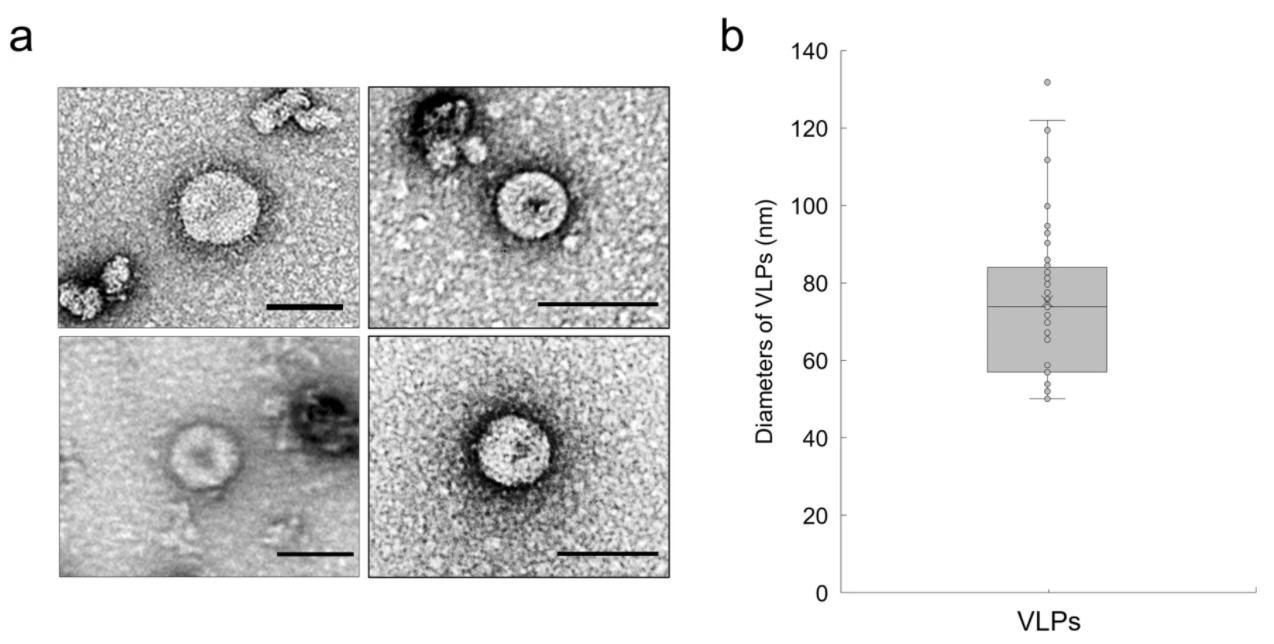 To conclude, the authors of the present study successfully developed self-assembled VLPs.

Although these VLPs did not have crown-shaped S protein spikes, they could still be purified and developed as COVID-19 vaccine formulations that could serve as a promising carrier platform for immunogenic SARS-CoV-2 S-derived epitopes.

Further, due to the high immunogenicity of these VLPs against S antigens, even at low doses, they could also be used as platforms to carry S antigens of SARS-CoV-2 other variants of concern.

Severe acute respiratory syndrome coronavirus 2 (SARS-CoV-2) is a respiratory RNA virus that first appeared in 2019 and has...

In a recent study posted to the bioRxiv* preprint server, researchers assessed the impact of the severe acute respiratory syndrome...

In a recent study published in The New England Journal of Medicine, the researchers examined the monoclonal-antibody combination AZD7442 to...

In a recent study posted to the bioRxiv* preprint server, researchers assessed the traits of the severe acute respiratory syndrome coronavirus...

A study recently published in the journal Cell Host & Microbe has described that all three sublineages of the omicron...