Childhood Eczema and Mental Health: Where is the Link?

The link between eczema in childhood and mental health problems in later life has been the subject of research for many years. The evidence was recently compounded by a large, population-based study that found a strong association between eczema and attention-deficit/hyperactivity disorder (ADHD), anxiety and depression, amongst others. 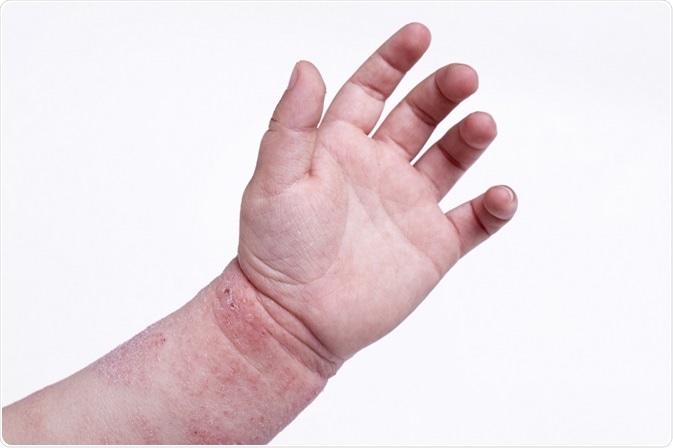 The prevalence of allergic diseases has increased in the past few decades, especially within highly developed countries. Atopic dermatitis (AD) or eczema is a cutaneous allergy and the most common chronic medical condition in children[1]. Eczema is characterized by an inflammatory rash associated with excessive itching and scratching[2].

This medical condition is associated with significant health care costs and reduces the quality of life of affected children and their families[3]. The disease is most common in young children and becomes less common with increasing age[2].

These findings have been confirmed in a large population-based study in the United States. In particular, eczema is associated with an increased risk for attention-deficit/hyperactivity disorder (ADHD), conduct disorder, autism, anxiety and depression[9].

The influence of gender

While the association between eczema and mental health disorders has been established, the role of gender in this association has not been fully examined. Some studies have found higher rates of anxiety and depression in females with eczema than in males[10,11,5]. These studies were conducted in adulthood though and the role of sex in influencing the association between eczema and risk for mental illness has not been extensively studied in young children.

Recently, we used data collected from the Maternal Adversity, Vulnerability, and Neurodevelopment (MAVAN) community study to determine if boys and girls with early life cutaneous allergies including eczema have greater emotional and behavioral problems in childhood. We recruited 630 mothers and their babies for the study, which was carried out in Montreal and Hamilton, Canada.

Several studies emphasize a greater risk for psychological and behavioral problems in adult females with eczema. For example, women with hand eczema show greater impairments in mental health-related quality of life compared to men with eczema[13].

Females show a greater immune response than males and this leads to an increased prevalence of autoimmune diseases in females compared to males[15]. The greater severity of allergic symptoms noted in young girls compared to boys may be due to both sex-based differences and due to the less studied immunomodulatory role of gender in eczema disease predisposition and severity[16].

Hormonal and genetic differences due to the presence of two X chromosomes in girls may predispose girls to greater immune responses and possibly greater symptoms due to eczema. Disease severity in girls may also be greater because of greater environmental exposure to allergens and skin irritants in girls than boys and differences in the recognition and treatment of the disease in girls compared to boys.

Eczema is caused by inappropriate immune activation and  the release of higher levels of inflammatory proteins called cytokines. It is thought that this physiological process may be mediating the association between eczema and mental health.

Cytokines are known to affect the functioning of brain regions that influence emotions and behavior and important interactions exist between sex hormones and cytokines[17].

Psychological stress exacerbates eczema symptoms and may even trigger the development of eczema skin rashes[4]. There are differences in how males and females react to emotional stress. Further, stress can induce sensitization of cytokines in brain regions that regulate emotions and behavior.

It was previously shown that asthma in early childhood precedes the development of internalizing behaviors in adolescence inferring a potential causal relationship between allergy and mental health disturbances[20]. Health care practitioners should then be made aware of the increased vulnerability for mental health problems in young girls with childhood eczema in order to plan effective treatment interventions in this potentially at-risk population. 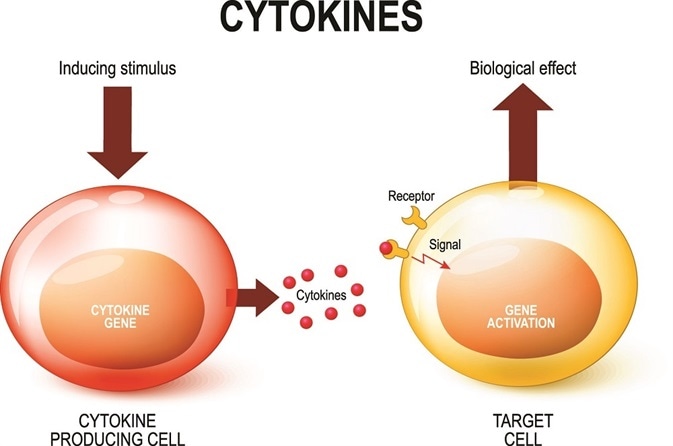 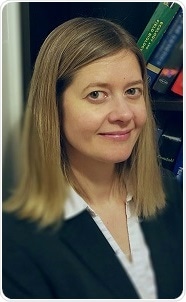 Current and Future Applications of Optogenetics

Produced by James Ives, MPsych Optogenetics is the science of using light to control the behavior of cells. It is...

A Neglected Disease in the United States

Chagas disease is a parasitic infection caused by the protozoan Trypanosoma cruzi. It is most often transmitted by nocturnal, blood-sucking...

how regenerative medicine can make a difference in orthopedic surgery

Written by Keynote Contributor, Dr. Pamela Mehta, M.D.  Challenges in conventional orthopedic treatments You never know when you might need to...

the role of self-care in joint pain management

Worldwide chronic knee, hip and back pain are the commonest causes of pain. It impairs people’s mobility, physical, mental and...

Challenges of Cannabis Analysis and Impacts on Driving and Public Health