The coronavirus disease 2019 (COVID-19) pandemic has highlighted the need for new broad-range antiviral medications. While many bacterial infections can be treated with the same medications, antiviral treatments are often much more specific and, in many cases, there is not an agent that targets the pathogen responsible for the disease. 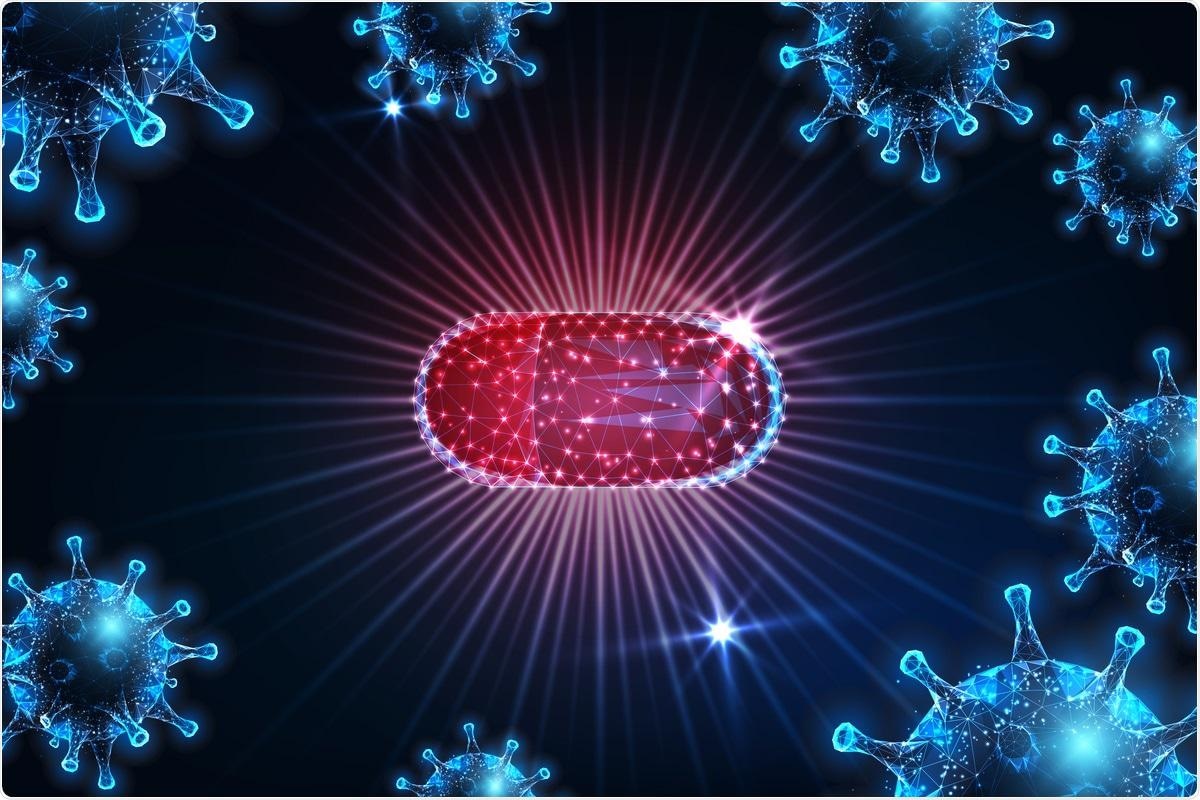 The lack of treatments that are directed against the severe acute respiratory syndrome coronavirus 2 (SARS-CoV-2) has forced healthcare workers to treat infected patients with supplementary oxygen and invasive mechanical ventilation in the hopes that their immune system could eventually fight the infection. This has led researchers to recently investigate the potential of picolinic acid (PA) as an anti-SARS-CoV-2 treatment option.

In vitro testing of PA

In the current study published on the bioRxiv* preprint server, researchers initially theorized that as the endocytic process can be co-opted for viral cell entry, PA could interfere with SARS-CoV-2 infection, as it can interfere with endosome maturation. To this end, the in vitro antiviral efficacy of PA against the H1N1 influenza A virus (IAV) was initially tested at different doses in Madin-darby canine kidney (MDCK) cells.

A dose-dependent reduction in infectious virus counts was observed 48 hours post-infection with IAV, with the most inhibition reported at 2 micromolar (mM) PA. Further exploration with the ‘Swine Flu’ strain of IAV revealed consistent inhibition of viral replication, which led the scientists to further explore the ability of PA to inhibit other important human viral pathogens.

Subsequently, PA was used to treat HEK293T-ACE2 cells, which exogenously express the angiotensin-converting enzyme 2 (ACE2) receptor, following infection with SARS-CoV-2. To this end, PA was found to be effective, with a two-log reduction in viral ribonucleic acid (RNA) in the presence of 2 mM PA, which was a non-toxic dose for the cells.

In vivo efficacy of PA 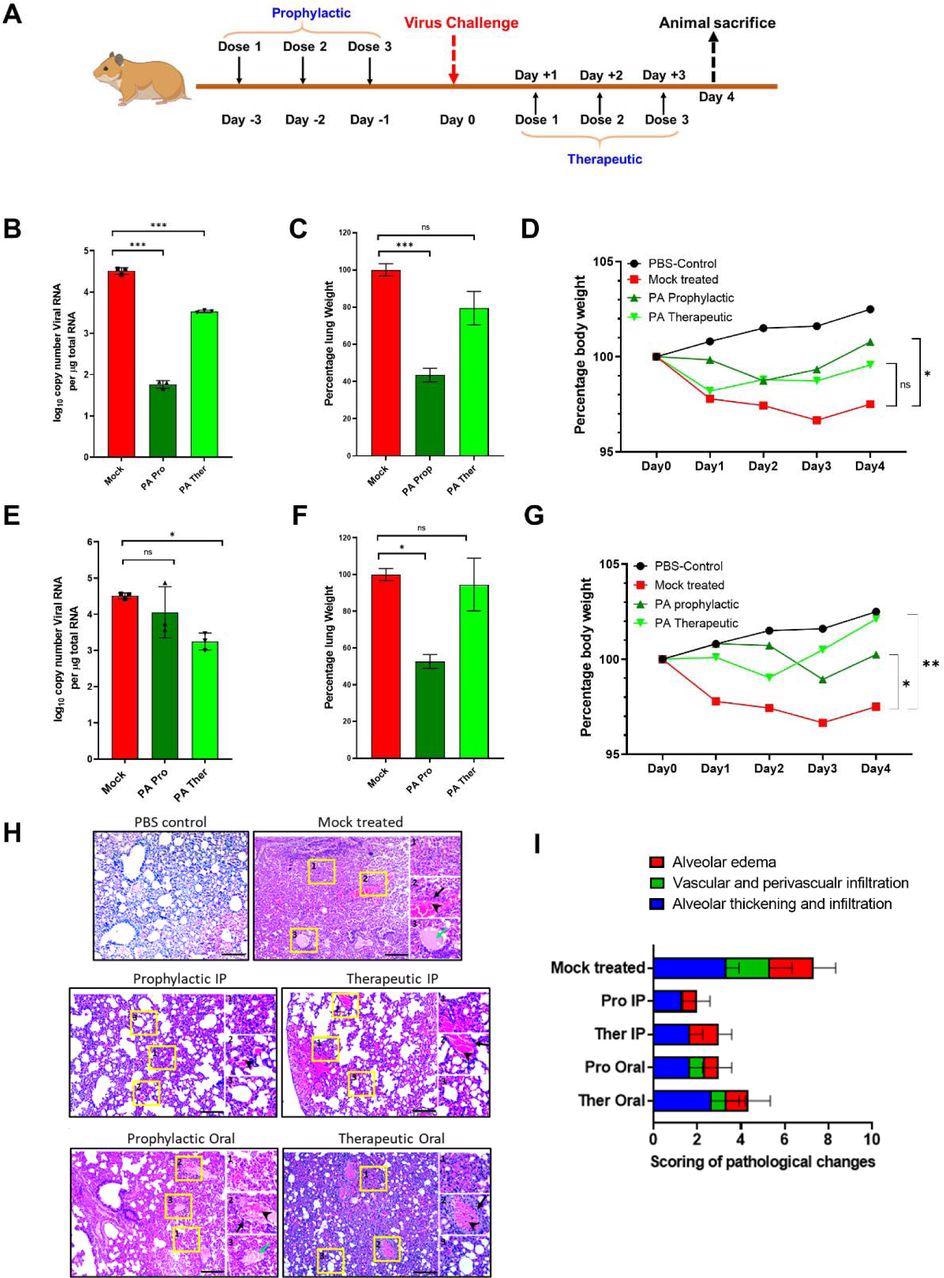 Picolinic Acid mitigates SARS-CoV-2 replication and pathogenesis in vivo (A) Schematic for PA treatment in hamsters using prophylactic and therapeutic regimens is shown. Prophylactic treatment of hamsters involved administration of PA at 1,2 and 3 days prior to infection, followed by virus challenge at day 0. The therapeutic treatment used dosage during 1,2 and 3 dpi. In both cases, animals were sacrificed 4dpi. (B-D) Results for the administration of PA via IP route showing (B) lung vRNA copy number, total lung weight, and (D) bodyweight of animals up to 4 dpi. (E-G) Corresponding data for oral administration of PA showing (E) lung viral RNA copy number, (F) total lung weight, and (G) bodyweight of animals. qRT PCR and lung weight data shown are from 1 experiment (n=3 per group). Bodyweight data are from 1 experiment and presented as the mean percentage of bodyweight measured at Day 0, n= 2-5 per group. In all cases, One-way ANOVA with Dunnett’s multiple comparisons was performed.*p < 0.05; **p < 0.01. (H) Histology images for all treatment groups including mock-infected and healthy controls. (I) Clinical scoring was based on the following criteria and labeled within inset images as (1) alveolar edema, (2) vascular and perivascular infiltration and (3) alveolar thickening and infiltration. Black arrows indicate vascular infiltration, arrowheads show perivascular infiltration, green arrow show alveolar edema. Scoring was done based on the severity on a scale of 1-4 (1-mild, 2-moderate, 3-severe, 4-very severe). An overall score was given by accumulating the total scores for each criterion.

BLAB/c mice were then challenged with 50 plaque-forming units (PFU) of PR8 IAV. These mice were either treated prophylactically or following infection with PA through both oral and IP routes.

The same experiment was then performed against SARS-CoV-2 using the Syrian Golden hamster model. The IP administration of 20 mg/kg PA reduced lung viral RNA load on day three by about 3- and 1-fold for prophylactic and therapeutic treatment, respectively. Both treatment routes also significantly reduced lung inflammation and body weight loss.

The anti-viral mechanism of PA

Addition assays using SARS-CoV-2 and IAV were used as test viruses to identify the steps of inhibition during a single cycle of virus infection. To this end, pre-treatment of HEK cells with 2 mM PA for three hours before infection mitigated viral infection by 80%, with similar effects observed even after a one-hour incubation.

However, if the PA was added at the time of infection, the effect was much more limited. A similar effect was observed when the experiment was conducted on Vero E6 cells. Further time-of-addition experiments, alongside membrane fusion investigations, revealed that PA acts against IAV by inhibiting the fusion of viral and endosomal membranes. 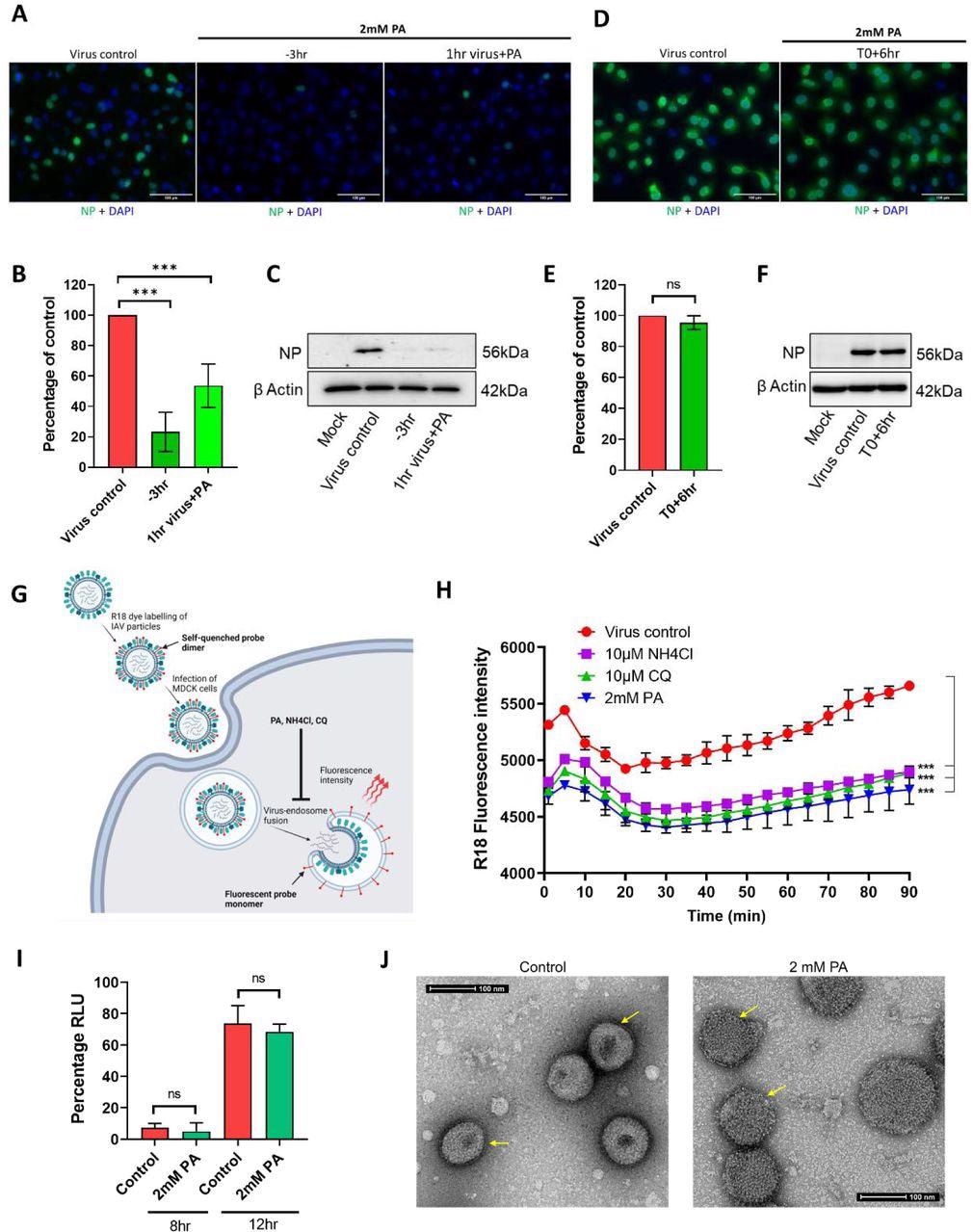 PA has effective wide-range antiviral activity and can effectively treat viral infections in mice models at non-toxic doses for both H1N1 and SARS-CoV-2. Further research and clinical trials are still needed before any final conclusions can be made on the efficacy of PA as an anti-viral agent against H1N1 and SARS-CoV-2.

Scientists generate an atlas of human and mouse white adipocytes