Recently, ACROBiosystems won a Cite Award, being titled the “Protein Supplier to Watch in 2022”. 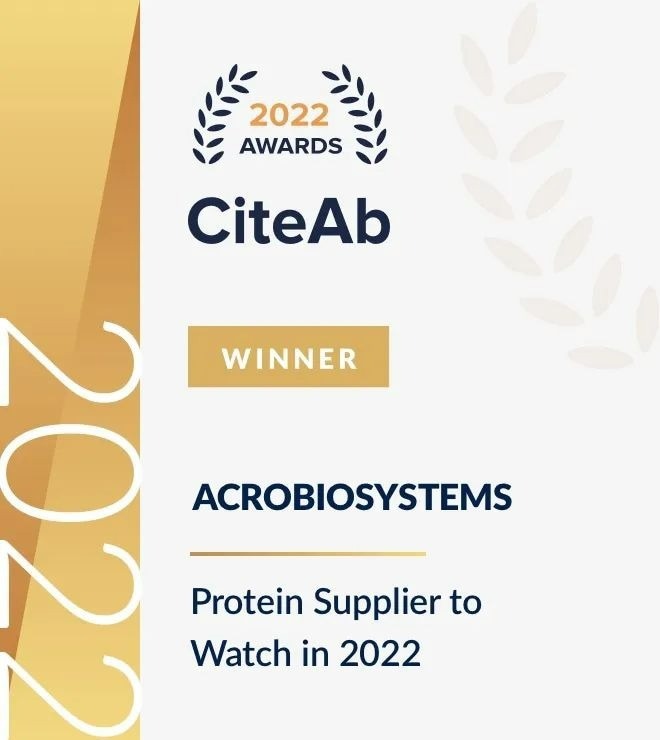 CiteAb provides world-leading, high-quality data that accelerate scientific research. Doing this by helping researchers identify and suppliers sell the best reagents. CiteAB Awards, which has been held 8 times, is an annual evaluation award for reagent supply companies. Both citation numbers and influence of products are the evaluation indicators to commend outstanding contributors in more than 10 fields, such as protein, cell line, etc. The awards are generated by thousands of scientists’ voting and big data analysis.

ACROBiosystems was titled “the Winner of Protein Supplier to Watch in 2022”. The criteria to qualify for this award is high. The supplier must have at least 10 citations in the previous year. Rebecca Sadler, senior product manager for the CiteAb protein dataset, said, “ACROBiosystems should be proud of this achievement. CiteAb’s protein dataset now covers a variety of proteins such as growth factors, cytokines, chemokines, enzymes, and streptavidin, so to be named protein supplier suggests great potential for ACROBiosystems in this growing market.”

ACROBiosystems has a very strict products quality control system that is one of the core competitiveness of the company. The company has established a quality management system in accordance with various international standards and is continuously improving its quality. It is ahead of its competitors to pass ISO 9001 certification in 2016 and ISO 13485 certification in 2019. Under the strict quality control system, the proteins of the ACROBiosystems are stable, have high consistency between batches as well as have strong activity.

ACROBiosystems’s mission of “accelerating the research, development, and marketing process of biological drugs” coincides with the vision of CiteAb. For ACROBiosystems, the CiteAb award is a recognition of its more than 10 years contribution to the industrial journey. The company will continue to cultivate the field of biological reagents with innovative research and development and is committed to becoming a cornerstone enterprise in the biomedical industry.

CiteAb is also a platform dedicated to social responsibility. It has long been participating in Co-Forest public welfare projects and has owned a tree planting site. As a CiteAb award-winning enterprise, ACROBiosystems is granted a 10 square meter tree planting reserve, which is named after it. 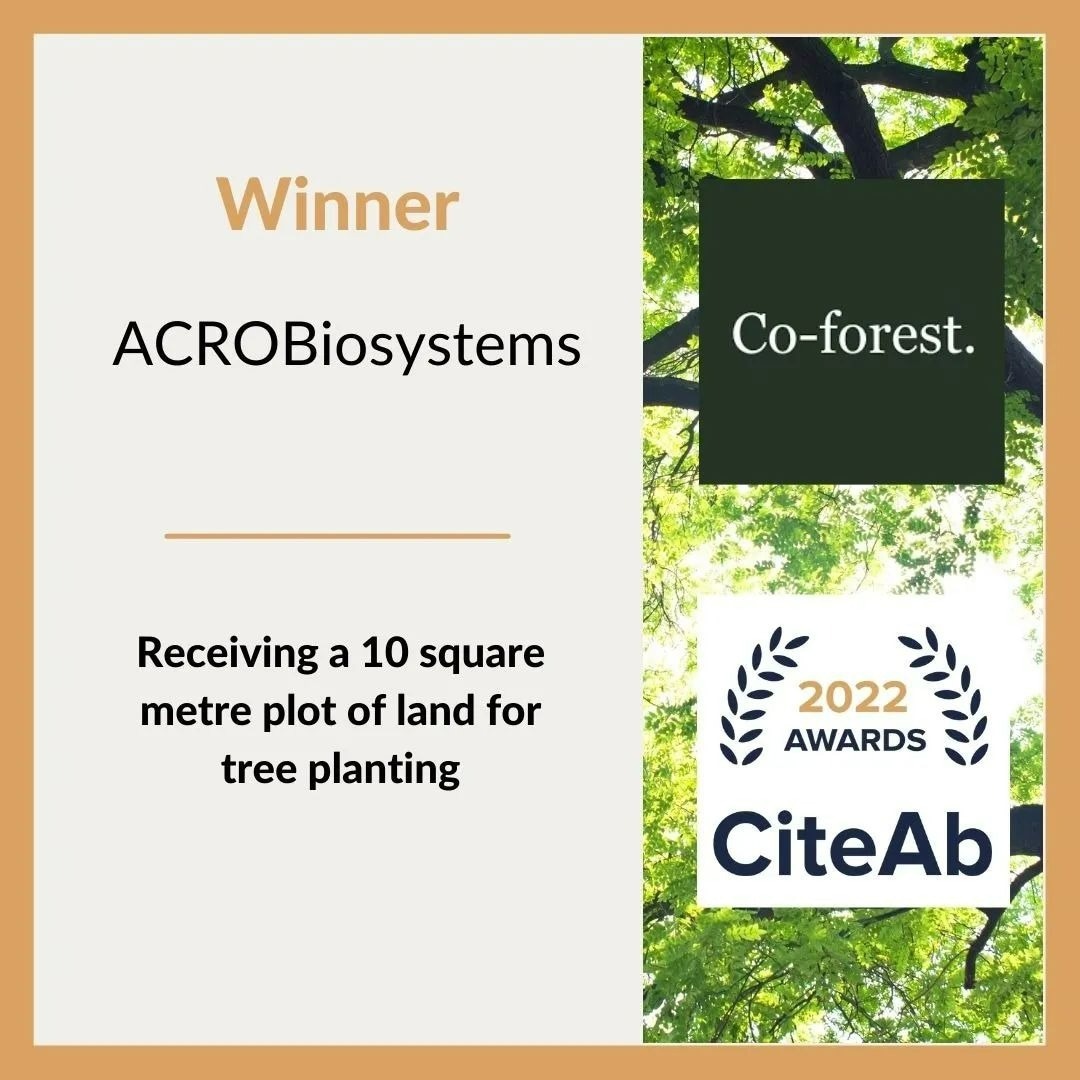 ACROBiosystems is a global leading manufacturer of recombinant proteins and other critical reagents to support the development of target therapeutics, vaccines, and diagnostics. The company went public on the Shenzhen stock market in October, 2021. ACROBiosystems aims to promote the rapid development of the biopharmaceutical industry through product and business models innovation. The company has established long-term and stable partnerships with the world’s top pharmaceutical enterprises, such as Pfizer, Novartis, Johnson & Johnson, and well-known academic institutes.

ACROBiosystems has aimed to become a global cornerstone enterprise in the field of biomedical and health industry. Bringing value to customers by creating value for the global pharmaceutical industry, through continuous developing new technologies, products, and actively empowering partners. ACROBiosystems is dedicated to accelerating the process of target therapeutic development, including target drugs and immunotherapeutic cytotherapy drugs, and to its better clinical application. Ultimately, making contributions to human health.

Within and upon every human being reside countless microorganisms -; the microbiota that help shape and direct the lives of...

Researchers at the Centre for Genomic Regulation (CRG) have identified a DNA sequence that is crucial for pancreatic differentiation and...

The first mutation of the wingless gene was found by accident in Drosophila in the 1970s, following the observation of...

From SEQENSMar 21 2022Reviewed by Louis Castel SEQENS, an integrated leader in the manufacturing of active ingredients and pharmaceutical intermediates,...

First characterized in Prof. Tadashi Yamamoto's former lab in Japan in 1996, the gene Tob is well known for the...