The ongoing coronavirus disease 2019 (COVID-19) pandemic, which has been caused by the rapid spread of the severe acute respiratory syndrome coronavirus 2 (SARS-CoV-2), has significantly affected the global healthcare system and economy. Previous studies have reported that SARS-CoV-2-infected patients are at a higher risk of developing venous thromboembolic disease (VTE), which includes pulmonary embolism (PE). 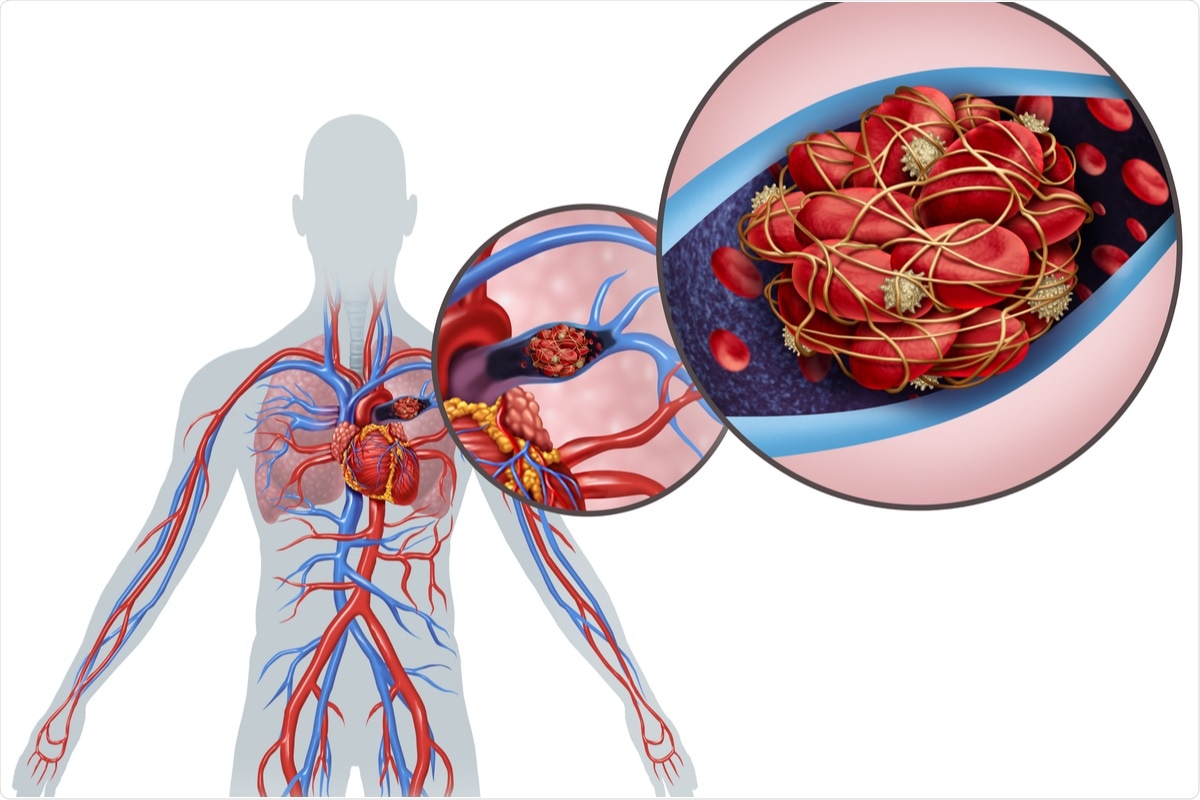 Researchers have revealed that about 5% of patients that presented to the Canadian emergency department (ED) had PE. Very few studies are currently available that assess the risk of PE among ED patients with suspected SARS-CoV-2 infection.

In fact, the majority of available data have focused on hospitalized SARS-CoV-2 infected with PE. However, this does not represent the entire ED population, as many could suffer from a mild infection that does not require hospitalization.

The diagnosis of PE in ED patients with suspected COVID-19 is difficult as a result of several factors. For example, since PE and COVID-19 share common symptoms, many times SARS-CoV-2 infections are not immediately determined in patients during the index ED visit.

Researchers have emphasized that the D-dimer interpretation in suspected SARS-CoV-2-infected individuals is not well understood. However, relying on this biomarker may assist in the overutilization of advanced diagnostic imaging, such as computed tomography for pulmonary embolism (CTPA) or ventilation-perfusion scanning (VQ) in ED investigations among patients with suspected concurrent SARS-CoV-2 infection.

Although the American College of Emergency Physicians (ACEP) has used an age-adjusted D-dimer test threshold as a safe and cost-effective approach for excluding PE in low to intermediate-risk patients, the ACEP has not established age-adjusted D-dimer thresholds in ED patients with suspected SARS-CoV-2 infection.

To this end, in a recent study published on the medRxiv* preprint server, researchers evaluate the diagnostic accuracy of an age-adjusted D-dimer strategy by comparing it with absolute D-dimer thresholds used for predicting 30-day PE diagnosis in ED patients with confirmed or suspected SARS-CoV-2 infections.

Data from fifty sites of the multicenter Canadian SARS-CoV-2 Emergency Department Rapid Response Network (CCEDRRN) between March 1, 2020, and July 2, 2021, was used for the current study. The researchers recruited adults who were tested for SARS-CoV-2 infection at index ED visits. Taken together, the study cohort included patients with any one of the conditions among chest pain, shortness of breath, hypoxia, syncope/presyncope, or hemoptysis.

Among the 52,038 patients who were included in the cohort, age-adjusted D-dimer levels had a sensitivity of 96% with a specificity of 48% that was comparable to the most sensitive absolute threshold of 500 ng/mL. However, other absolute D-dimer thresholds did not exhibit suitable clinical reliability.

One of the strengths of this study is the inclusion of a broad spectrum and a large number of symptomatic ED patients, which included about 60% of ED patients who were discharged from the hospital.

Some variables of interest, such as Wells and YEARS criteria, both of which are vital for clinical VTE risk stratification, were absent in CCEDRRN. A second limitation was that the study cohort may not have captured all PE events, as it was predominantly focused on the outcome definition of 30-day PE, which was based on CTPA and ED or hospital diagnostic codes.

Furthermore, the current study relied on D-dimer testing across fifty ED sites that used different machine manufacturer models and assays. As all the D-dimer values were harmonized to ng/mL FEU, it reflects an aggregate performance across many test models. Time-varying factors were also not captured in CCEDRRN.

A new proof of concept tool that allows the tracking and location of people’s emotions and stresses on social media...

A recent study posted to the medRxiv* preprint server investigated whether environmental samples could serve as early indicators for detecting...

A recent study posted to the bioRxiv* preprint server demonstrated the neutralizing capacity of existing SARS-CoV-2 vaccines against the severe acute...

In a recent study posted to the bioRxiv* preprint server, researchers conducted a phylogenetic investigation of the human parainfluenza type 3...

A recent study posted to the bioRxiv* preprint server evaluated the effects of the waning of antibodies after coronavirus disease...

In a recent study posted to the bioRxiv* pre-print server, researchers investigated allosteric binders of angiotensin-converting enzyme 2 (ACE2) that...