In a recent Journal of the Indian Chemical Society study, researchers use molecular docking to screen 12 phytocompounds and evaluate their binding affinity with main proteases and mutants of the receptor-binding domain (RBD) of the severe acute respiratory syndrome coronavirus 2 (SARS-CoV-2) spike (S) protein. 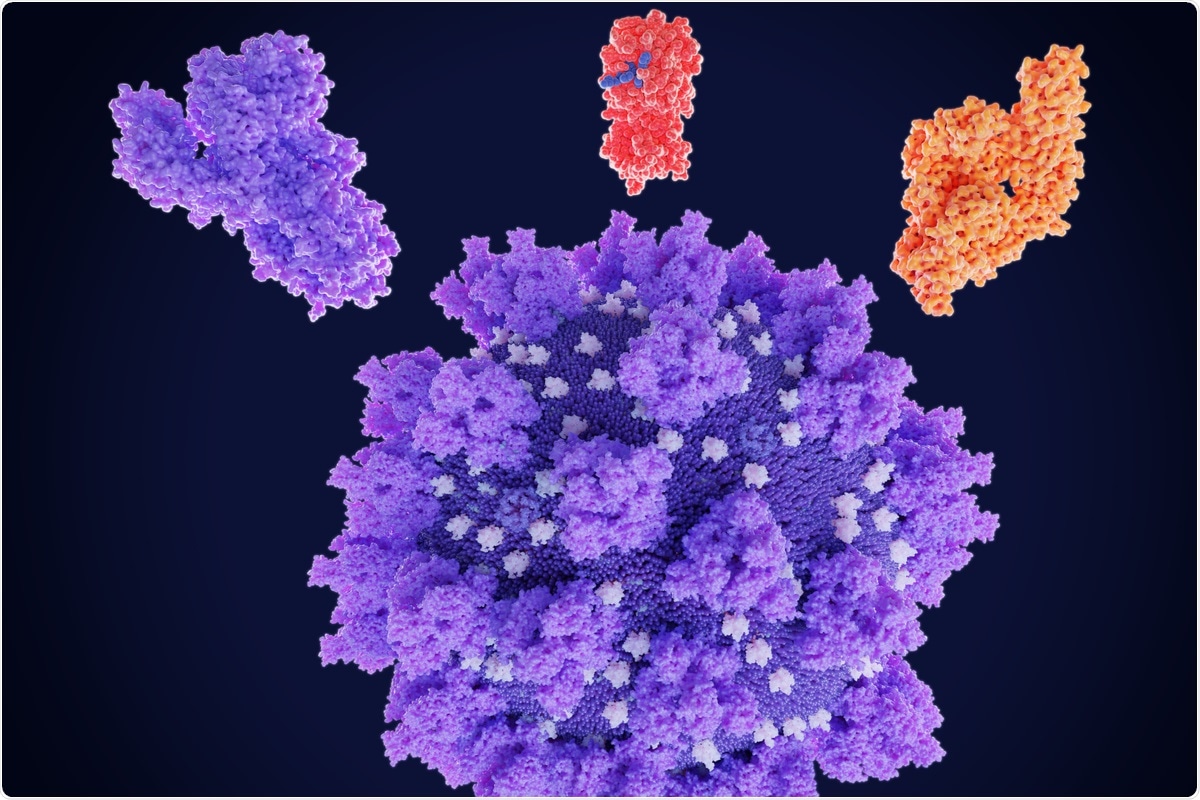 In the present study, researchers derived 424 compounds from a herbal extract of several plants including Zingiber officinale, Syzygiumaromaticum, Ocimum tenuiflorum, Citrus limon, and Curcumin, within the retention time of 22 minutes. The researchers subsequently identified these compounds using the National Institute of Standards and Technology (NIST) database.

The absorption, distribution, metabolism, excretion, and toxicity (ADMET) properties, as well as the physicochemical properties, such as partition coefficient (logP), hydrogen bond donors/acceptor, solubility coefficient (logS), number of rotatable bonds, and polar surface area (PSA), were evaluated for each phytochemical.

Additionally, the researchers examined the molecular interactions of the identified compounds, specifically hydrophobic and electrostatic interactions, as well as hydrogen bonding during molecular docking studies.

Furthermore, the dynamic properties of the 6LU7-acacetin, 6Y2E-acacetin, and S RBD-acacetin systems were assessed by molecular dynamics (MD) simulations. Gmx rms module was also used to compute the root mean square deviation (RMSD) of the backbone atoms for these systems.

Any changes in the average movement of the position of an atom at a given temperature and pressure in relation to the overall protein structure or its flexible region(s) were also determined by Root Mean Square Fluctuation (RMSF). Solvent-accessible surface area (SASA) computations were also used to calculate the extent of conformational changes and expansion of the protein volume that occurred during the interaction between the complexes and solvents.

Both gmxcovar and gmxanaeig modules were used to study the dynamic behavior of the 6LU7- acacetin, 6Y2E-acacetin, and spike RBD-acacetin, whereas the motions of these chemicals were assessed by principal component analysis (PCA). Additionally, the researchers verified the flexible aspect using covariance matrix diagonalization.

Low fluctuations and low RMSD values indicate a system’s stability. The RMSD fluctuation analysis revealed that the MD trajectories for the entire studied protein-ligand complexes were generally stable and within acceptable ranges during the 100 nanoseconds (ns) simulation period.

The authors also observed fluctuations in the LEU50, ASN72, PRO96, TYR 154, GLY170, ALA 193, ARG 222, and MET 274 residues for both the 6LU7-acacetin and 6Y2E-acacetin systems. Additional fluctuations were observed in the S RBD-acacetin system in residues GLY446, SER477, GLY482, THR500, and LEU518. Higher RMSF values in the double mutant of the S RBD-acacetin complex implied more flexibility throughout the MD simulation, whereas a lower RMSF value indicated the stability of the 6Y2E-acacetin simulated system.

The gmx hbond module predicted 215.77, 216.49, and 117.28 average hydrogen bond numbers for 6LU7-acacetin, 6Y2E-acacetin, and spike RBD-acacetin systems, respectively. This finding suggests that acacetin was bound with 6LU7 and 6Y2E more effectively and tightly than the S RBD protein. Moreover, the observed higher average hydrogen bond number of 6Y2E proteins with acacetin was attributed to a lower RMSF value.

A higher value of the radius of gyration (Rg) indicates lower compactness of the ligand-protein complex. These initially were 2.2 nm for the 6LU7- acacetin system and attained a value of 2.1nm at 100 ns, averaging 2.21nm.

Similar fluctuating patterns were reported for the S RBD-acacetin system, where the Rg value was 1.9 nm at 94 ns, and the average Rg value was 1.86 nm. Further, the researchers observed a consistent Rg value of 2.18 nm throughout the 100 ns simulation time, leading to a more stable binding of 6Y2E with acacetin for the 6Y2E-acacetin system.

The size and shape of the minimum energy region of the free energy landscape indicate a complex’s stability. The S RBD-acacetin complex had several minima, indicating its stability, whereas the 6LU7-acacetin and 6Y2E-acacetin complexes achieved only single energy minima.

To conclude, the molecular mechanics Poisson–Boltzmann surface area (MM-PBSA) results and 100 ns MD simulations suggest that acacetin is a potent inhibitor of main proteases and mutants of RBD of SARS-CoV-2 S protein.

Researchers generate a complex kidney-like 3D tissue in the lab

A research team based in Kumamoto University (Japan) has created complex 3D kidney tissue in the lab solely from cultured...

Scientists have mapped out the key molecular changes that orchestrate how embryonic mouse cells differentiate into the diverse cell types...

The p53 protein protects our cells from cancer and is an interesting target for cancer treatments. The problem is, however,...

Scientists have accurately analyzed the tough barrier layer of the skin giving the most detailed molecular map of its structure...