A model for predicting the evolution of the Omicron wave 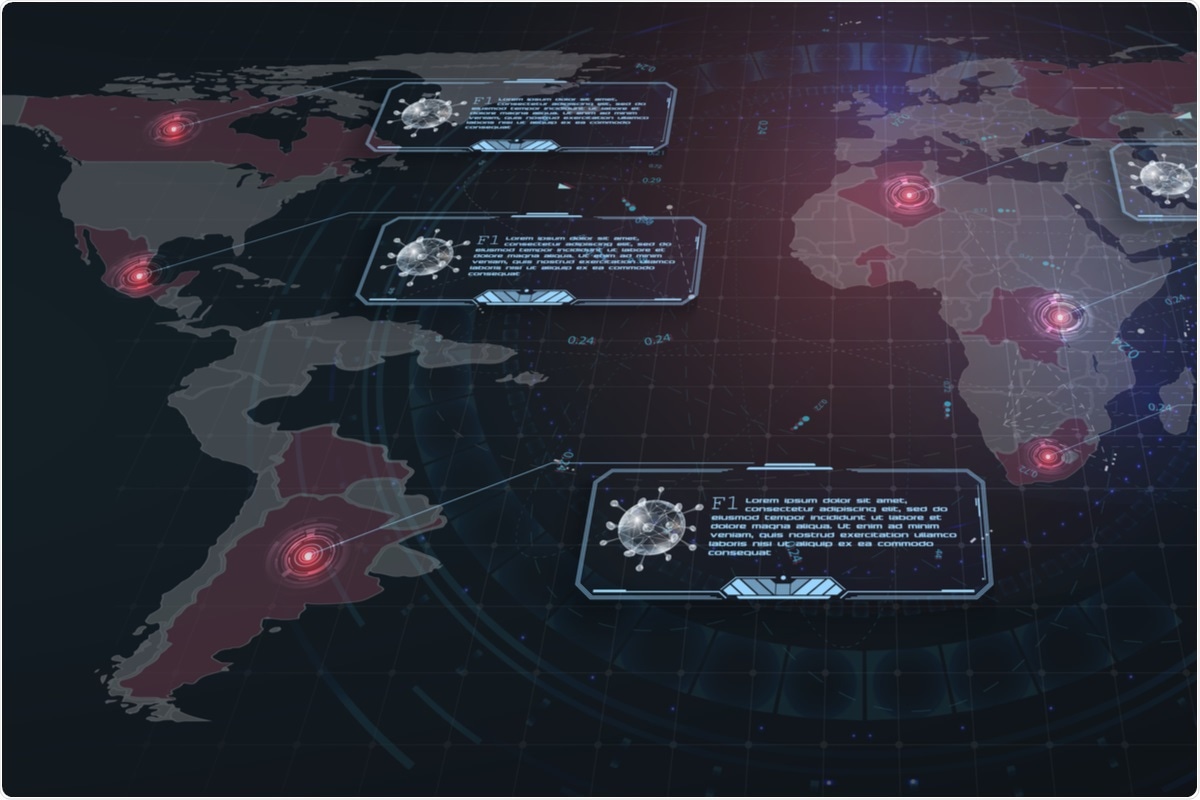 Although there remains a lack of sufficient information on the transmission characteristics of this variant, research has shown that the Omicron variant spreads about four times faster than the SARS-CoV-2 Beta variant and has an average doubling time of three days. Current coronavirus disease 2019 (COVID-19) vaccines also appear to be less effective against the Omicron variant as compared to earlier SARS-CoV-2 strains.

In a new COVID study, scientists forecast the temporal evolution of the Omicron wave according to a susceptible-infectious-recovered/removed (SIR) epidemic compartment model with a constant stationary ratio (k) between the infection (a(t)) and recovery rates µ(t).

Reliable estimates of the maximum and total percentage of infected people are crucial, as they can be compared to available medical facilities in different countries. In the current study, scientists provided estimates of these crucial variables.

The three considered scenarios were referred to as optimistic, pessimistic, and intermediate, and the resulting pandemic parameters for 12 different countries including Italy, Austria, Denmark, Germany, Switzerland, Great Britain, France, Belgium, Netherlands, Russia, Sweden, and the United States were assessed.

Several crucial assumptions were made regarding the stationary ratio (k) and the infection (a(t)) rate. Under the optimistic case, it was assumed that the reduction in the early doubling time of the Omicron variant, as compared to the Beta variant, was driven by a corresponding increase in the initial infection rate a(0), while the k ratio remained the same as the Beta variant. The reverse was assumed for the pessimistic case.

For the intermediate case, it was assumed that the stationary ratio and initial infection rate contributed equally to the decrease in the early doubling time.

Among the European countries, Denmark was observed to have the smallest omicron peak time; therefore, the scientists opined that the Danish data may be better explained by the intermediate or pessimistic scenario. In Great Britain, seven-day incidence (SDI) values showed a clear peak of 1,865 on January 7, 2022, which suggested that there were a high number of Omicron infections in this country.

In the case of Germany, researchers forecasted the peak of the wave at 32, 38, and 45 days after the start of the Omicron wave in the optimistic, intermediate, and pessimistic cases, respectively. The corresponding SDI values were 7,090, 13,263, and 28,911, respectively.

With the starting date being assumed to be January 1, 2022, researchers observed that the peak of the wave was reached between January 31, 2022, and February 13, 2022. They predicted that in the optimistic scenario, the total cumulative number of Omicron infections was expected to be 0.208, but could rise to 0.824 in the pessimistic case. The latter half decay times were predicted to be 3.2 to 3.6 and 5.3 days under the optimistic, intermediate, and pessimistic scenarios, respectively.

The lower hospitalization rate during the Omicron wave is largely driven by the high percentage of vaccinated and boosted individuals within these populations. Thus, the scientists estimated that the German healthcare system would be able to sustain a maximum seven-day incidence of 2,800, which is 2.5 times smaller than the maximum SDI of 7,090 in the optimistic case.

It must be noted that in Germany, the significantly smaller mortality rates as compared to earlier SARS-CoV-2 variants have been supported by lower a hospitalization rate. However, researchers warn that the numbers could be quite different in the less likely pessimistic case.

Motivated by how little is known about the SARS-CoV-2 Omicron variant, scientists used a SIR model with a constant stationary ratio between the infection and recovery rates to forecast the time evolution of this variant.

Three scenarios were considered for twelve countries, with estimates provided on key parameters including the total number of infected persons, maximum rate of new infections, peak time, and maximum seven-day incidence per 100,000 individuals. These estimated numbers ranged in order of magnitude below those which were observed for the SARS-CoV-2 Beta variant.

The serious risks COVID-19 may pose during pregnancy

In a recent JAMA study, researchers report on the potential for serious maternal illness or death during or following a pregnancy...

The ongoing coronavirus disease 2019 (COVID-19) pandemic has severely disrupted the world in terms of the disease burden and...

The rapid outbreak of the severe acute respiratory syndrome coronavirus 2 (SARS-CoV-2) worldwide has resulted in the coronavirus disease...

In a recent study posted to the bioRxiv* pre-print server, researchers evaluated the humoral and cellular immune memory induced by...

In a recent study posted to the bioRxiv* pre-print server, researchers evaluated the effectiveness of a novel vaccine candidate UB-612...