8G3 broad-spectrum antibody effective against all SARS-CoV-2 variants, including Omicron

In a recent study posted to the bioRxiv* preprint server, researchers assessed the efficacy of 8G3, a B-cell neutralizing antibody, and several emergence use authorization (EUA) antibodies against severe acute respiratory syndrome coronavirus 2 (SARS-CoV-2) variants, including the most recent Omicron variant. 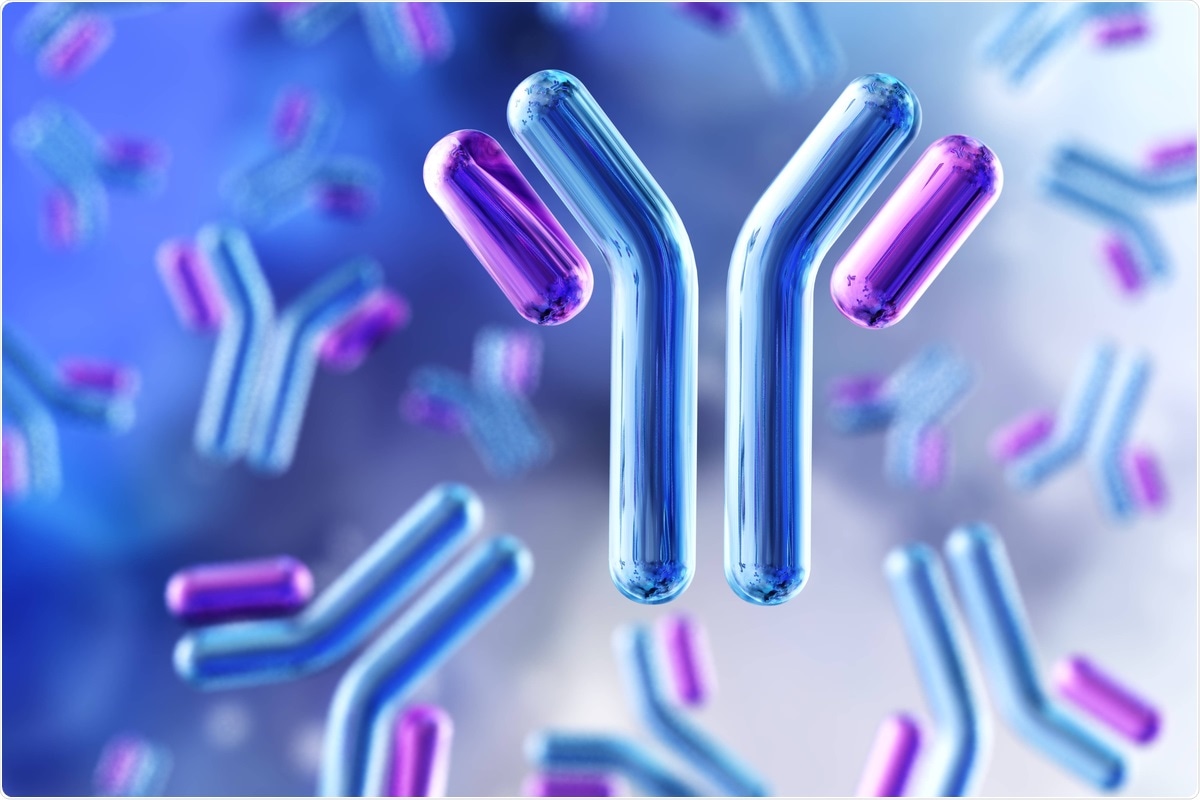 The rampant spread of SARS-CoV-2 worldwide has led to the rapid development of several coronavirus disease 2019 (COVID-19) vaccines.

Although passive immunity has been conferred by the vaccines through the generation of antibodies against the original SARS-CoV-2 strain’s spike (S) protein, the neutralization potency of these antibodies is inadequate against novel variants. Previous studies have reported the efficacy of EUA antibodies against the pseudo-typed Omicron variant; however, data on their immunogenicity against the authentic viral strain is limited.

In the present study, researchers assess the neutralization potential of a B cell neutralizing antibody 8G3 repertoire designed from early COVID-19 convalescent patients. They also analyzed the concentration-based neutralization ability of several EUA antibodies that target different epitope groups against the SARS-CoV-2 Omicron and WA1/2020 strains. The structure of the Omicron S protein was also analyzed.

For the analysis, a pseudovirus was created with the three-plasmid transfection system. Moreover, 293T-angiotensin-converting enzyme 2 (ACE2) cells that demonstrated the top 1% fluorescent activity indicative of high ACE2 expression were used.

Casirivimab, Etesevimab, Bamlanivimab, and Imdevimab neutralized the authentic SARS-CoV-2 strain with low IC50 values; however, these clinically used antibodies were completely ineffective against Omicron. Sotrovimab was the only antibody that retained partial Omicron neutralization activity with a demonstrated IC50 value of 6.409 μg/mL.

Comparatively, 8G3 was 47-fold more efficacious than Sotrovimab against the Omicron variant.

With greater than 30 mutational sites in the N-terminal domain (NTD) and the receptor-binding domain (RBD) region, the Omicron S disables antibodies and binds to the ACE2 receptor with ten times more affinity as compared to the wild-type SARS-CoV-2 strain. These mutations reshape the S confirmation and shift the spatial positions of atoms, thereby leading to changes in antibody binding and disabling of the host antibodies.

Numerous mutations in the Omicron variant lead to S protein reshaping and shifts in spatial positions of antibody binding, which makes the S protein antibody-evasive. Omicron mutations are majorly present in front of the ACE2 interaction interface, which may be due to the poor neutralization efficacy of the EUA antibodies.

Casirivimab, Bamlanivimab, and Etesevimab, with epitopes that overlap at the RBD-ACE2 region, were ineffective against Omicron. Comparatively, Sotrovimab, with no epitope overlapping with the RBD-ACE2 binding site, demonstrated partial neutralization action. However, Sotrovimab’s efficacy was reduced to half due to the presence of the N440K and G339D and mutations in the epitope.

Given its non-regressed Omicron neutralization, the 8G3 antibody can be considered a preserved epitope that does not interact with Omicron S protein mutation sites.

Researchers at the Centre for Genomic Regulation (CRG) have identified several proteins involved in the progression of melanoma, the deadliest...

Turning down the thermostat seems to make it harder for cancer cells to grow, according to a study in mice...

Tomatoes may be safe to eat, even when grown in lead-contaminated soils, study shows

Urban agriculture is booming, but there's often a hidden danger lurking in city soils: lead. A recent University of Illinois...

Using nanoparticles to deliver cancer drugs offers a way to hit tumors with large doses of drugs while avoiding the...

Certain subtle differences in DNA sequences are known to raise the chances a person may develop Alzheimer's or Parkinson's disease....

Not too long ago the idea of taking, for instance a skin cell and transforming it into a muscle cell...